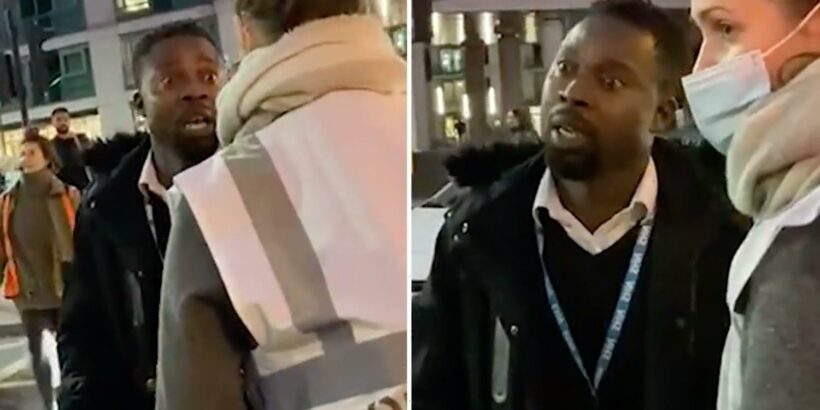 THIS is the heartbreaking moment an NHS worker pleaded with members of Insulate Britain to stop blocking the road so he could get home to see his "sick child."

In a video obtained by LBC, the man can be seen urging the eco-mob to move off of the road in Vauxhall, London. 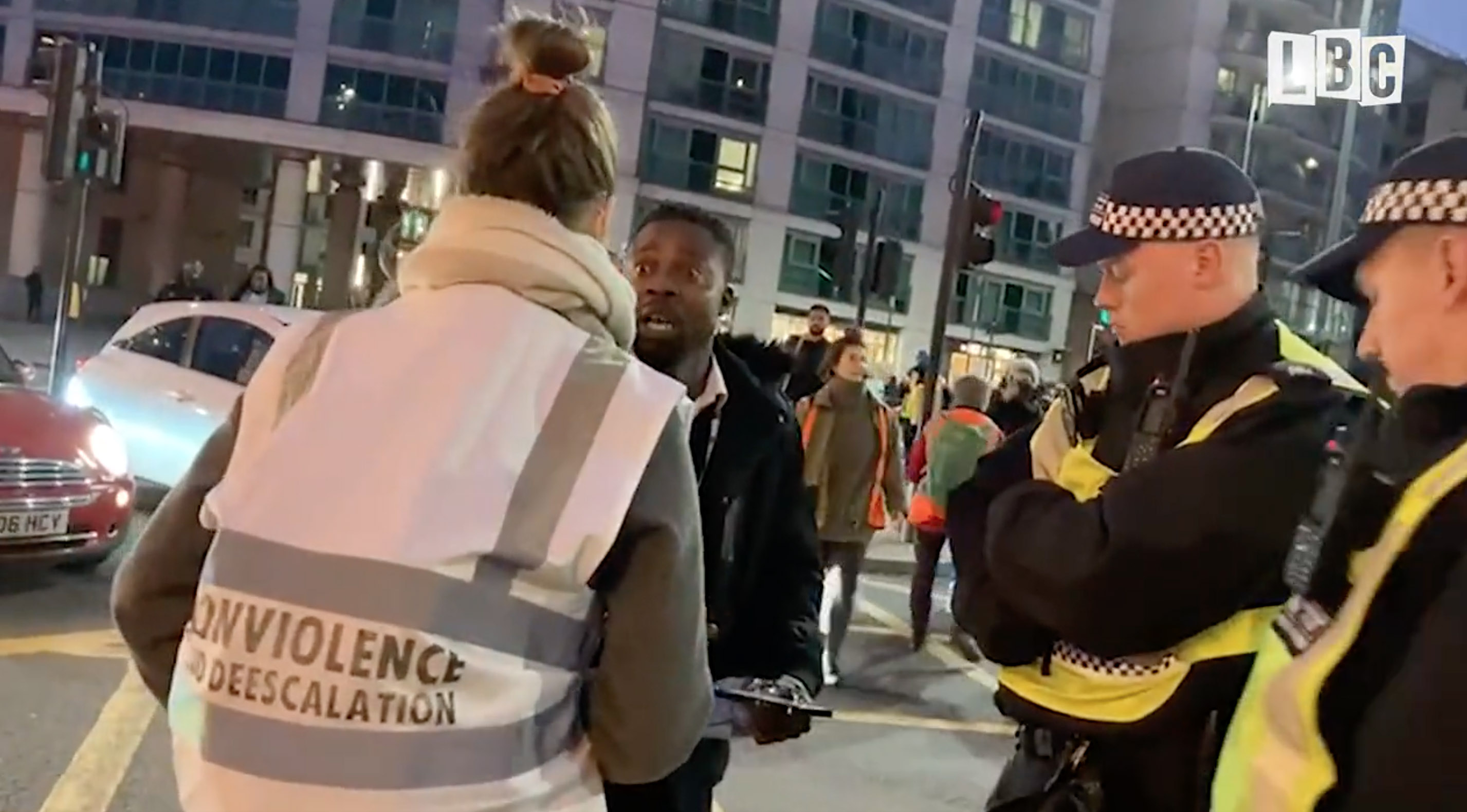 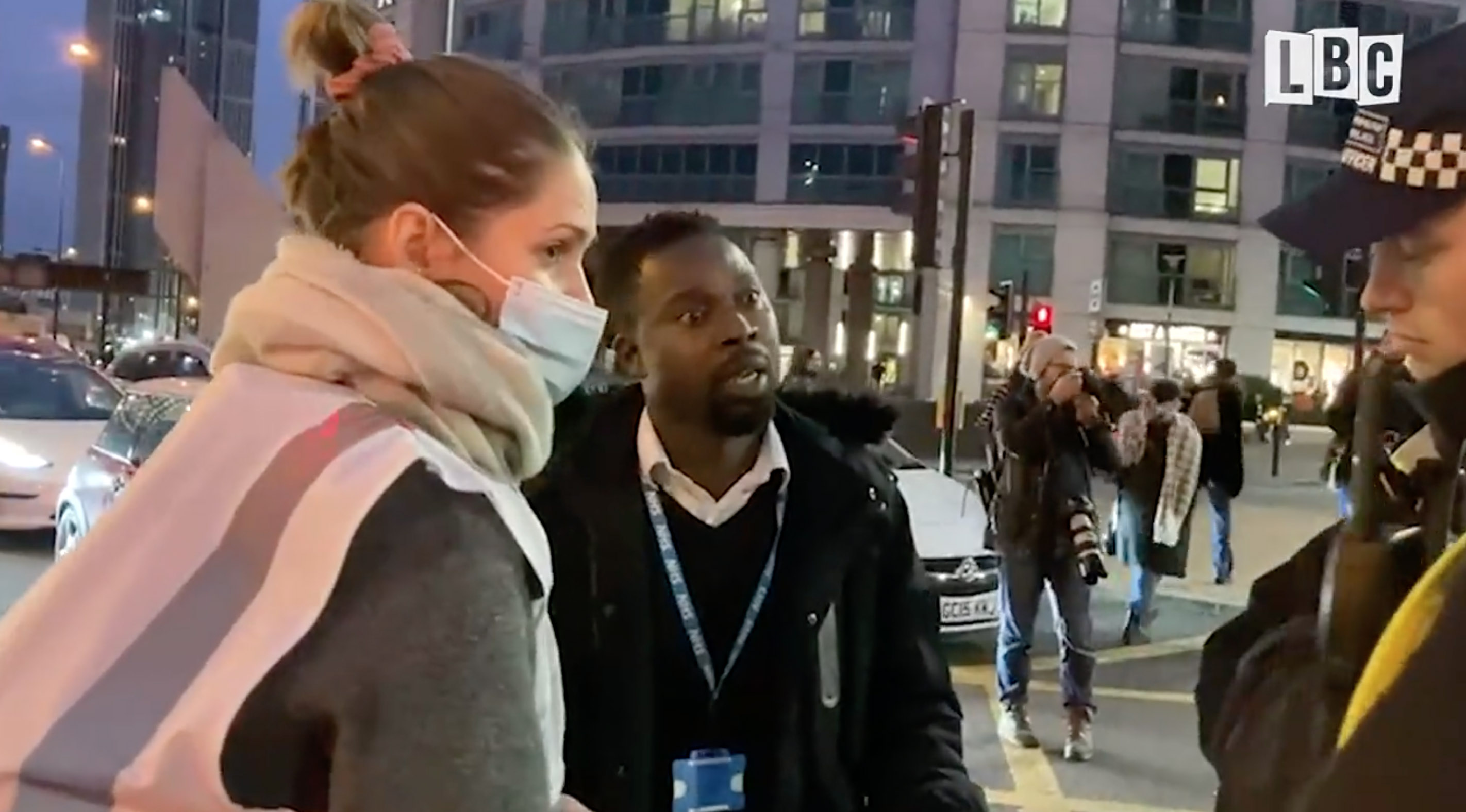 "My child is sick," the frustrated father explains to the eco-warrior while two police officers stand idly by.

"Now you are blocking the road that's not right. Don't block the road."

Members of Insulate Britain gathered in central London today to rally against the jailing of nine activists for blocking the M25.

Eco-warriors sat in the middle of both Vauxhall and Lambeth bridges preventing traffic from passing through the city.

The bridges were closed for five hours today with the Met Police saying that traffic was being diverted across the city for the "safety of all".

The Met Police confirmed that 30 protesters were later arrested.

"Lambeth Bridge has now been re-opened," the police tweeted.

"30 arrests were made for breach of S14 conditions. We continue to take action at Vauxhall Cross to remove protestors."

A short time later, authorities confirmed that all protesters were removed from the area.

On Wednesday nine Insulate Britain protesters were banged up for their road-blocking antics.

Two eco-zealots were handed three-month sentences, while six were imprisoned for four months after admitting they defiantly blocked motorway traffic on October 8.

The ninth activist Ben Taylor was jailed for six months after he vowed to keep blocking the motorway if he wasn't locked up.

He told the High Court this week: "I will go and block the motorway at the earliest opportunity and will continue to do so until the Government makes a meaningful statement and acts on it."

The seven men were sent to London’s Victorian-era HMP Pentonville, where they can pontificate to other lags about ­lagging.

Meanwhile, two female protesters were sent to Sodexo-run Bronzefield — the Surrey jail that was once home to House of Horrors monster Rose West.

Judge Dame Victoria Sharp blasted Ben's comment as "inflammatory" and dubbed them a "call to arms".

She said the six-month sentence sought to "deter (him) from committing further breaches". 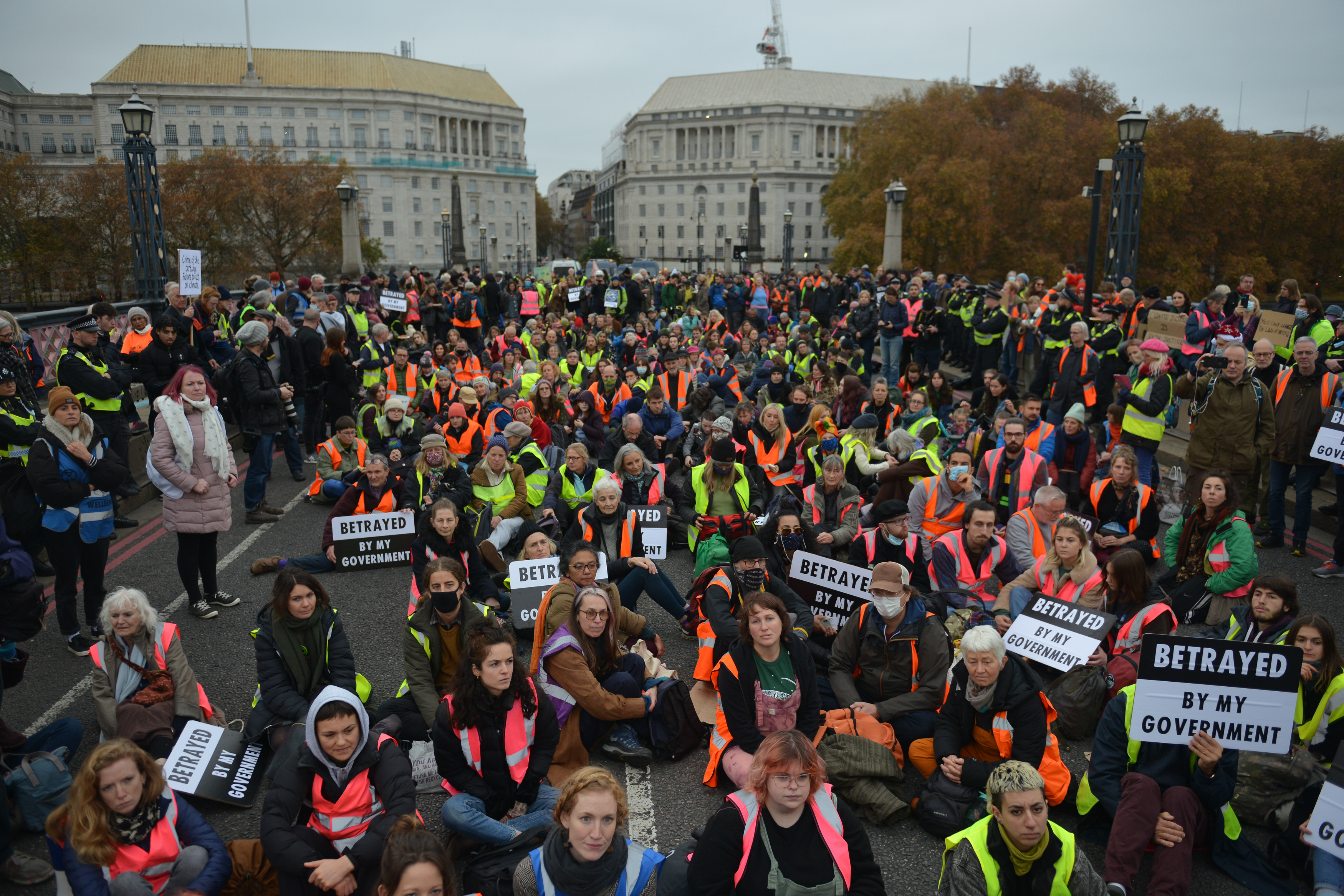