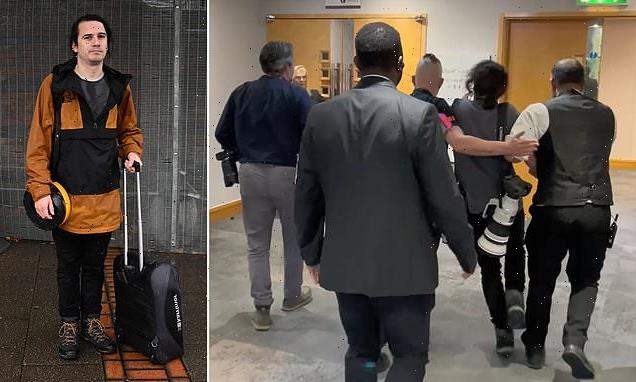 This is the moment a photographer was manhandled and ejected from the Conservative Party conference hall by security guards after being ‘refused entry into the hall for Liz Truss’ speech’.

The man, named as Tolga Akmen, a staff photojournalist at European Pressphoto Agency (EPA), can be seen being escorted by three security guards to an exit of the Birmingham venue.

A bystander commented: ‘A photographer has just been dragged off the conference centre floor by security.’ 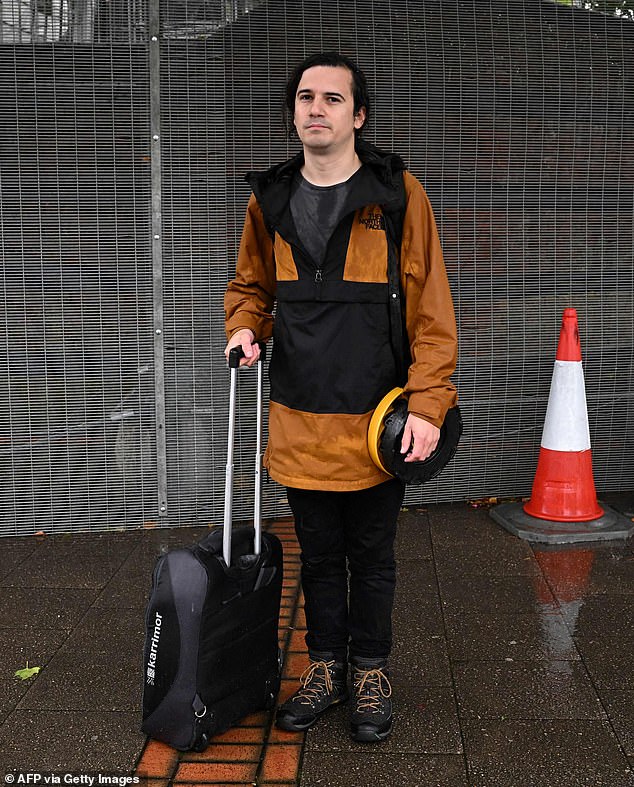 The photographer is heard to plead: ‘Just leave me be. I’m a member of the media. Can you please stop this please?

‘What are you doing? I promise you, I didn’t do anything.’

Meanwhile, officials can be heard threatening to call the police.

A man in a suit is heard to comment: ‘I’d go with him now, otherwise the police will get involved but go now, we’ll try and sort it out.’

Speaking to the Metro, Mr Akmen said security had claimed he was a ‘threat’ after he was not allowed into the conference hall where the Prime Minister was giving her keynote address to delegates.

He told the publication: ‘I was entering the conference hall for the speech after photographing the PM on the hotel bridge but a security guard didn’t let me in from the closest door to the hall and I argued briefly that I’m going to the photographers’ area. 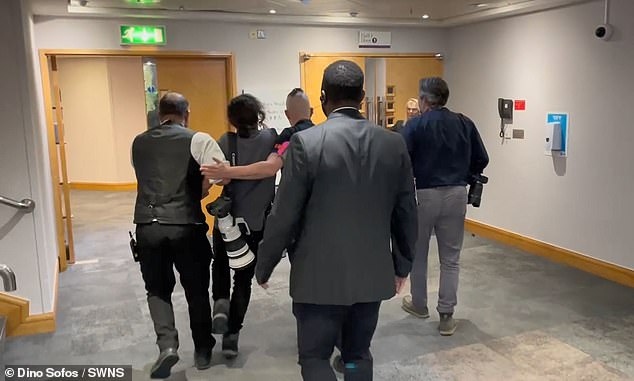 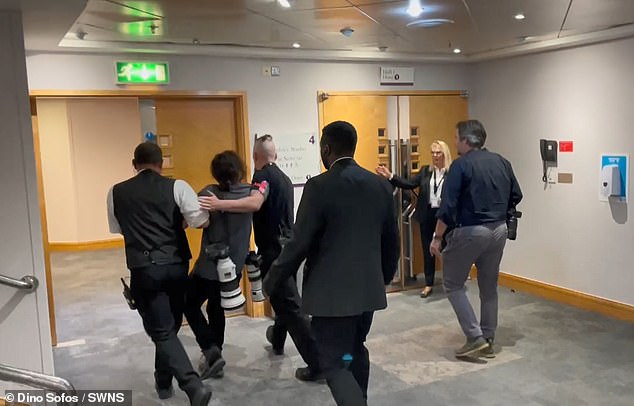 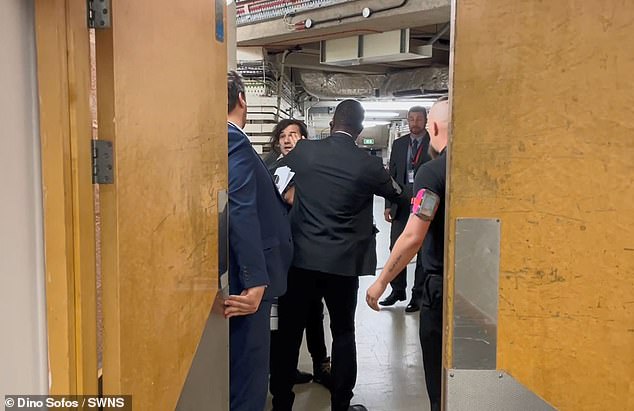 ‘I was given no explanation or alternative directions. I left the gate to go to another one but realised the same security guard (was) following me and radioing my description and describing me as a threat.’

He added: ‘When I got to another door there were three security guards waiting for me and they grabbed me by the arms, ripped the accreditation off my chest and started dragging me and pushing me until they threw me out to the pavement without my jacket or rest of my gear.

‘I had to wait in the rain with my T-shirt for an hour an half until a colleague could get my gear to me.’

West Midlands Police said it was aware of the incident but it was dealt with security staff.

‘No offences were committed and no arrests were made,’ they added.

Tolga Akmen and the Conservative Party have been contacted for comment.