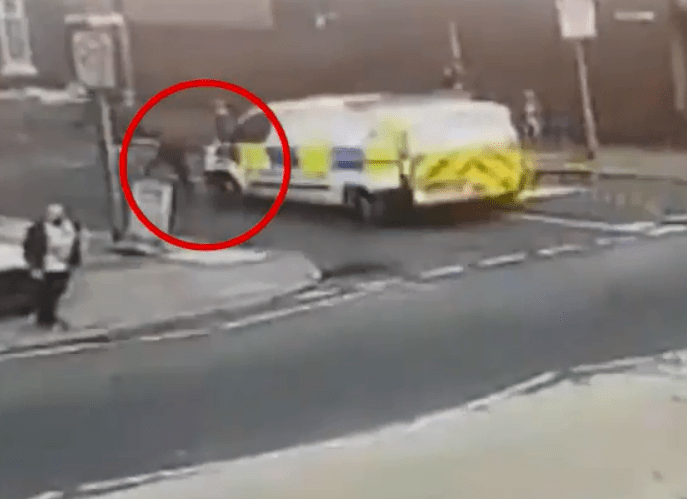 Video footage shows a police van pulling up at the junction of Leicester Road and Symons Street.

An officer jumps out and starts chasing a man standing on the pavement.

But as the patrol van follows the pair onto Symons Street, the officer on foot is knocked over by it, reports the Manchester evening News.

Detectives said it showed how officers "put themselves in difficult situations to keep our streets safe on a daily basis". 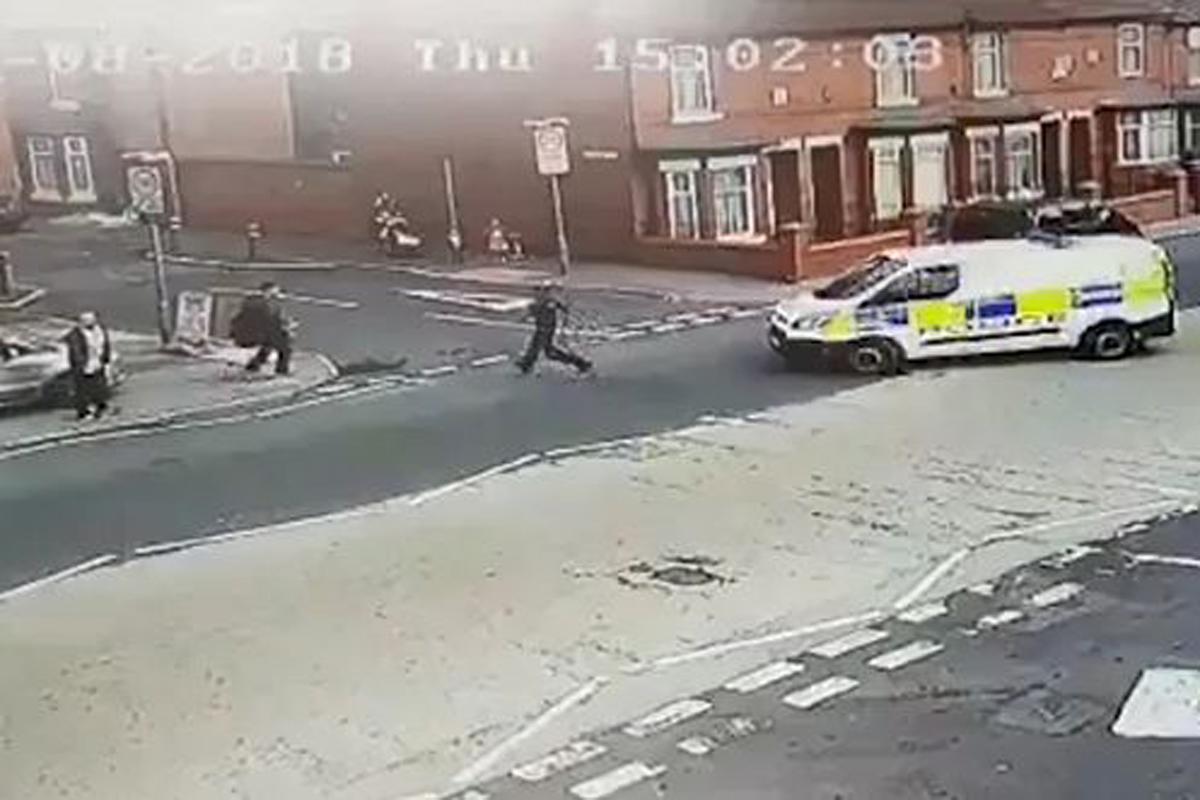 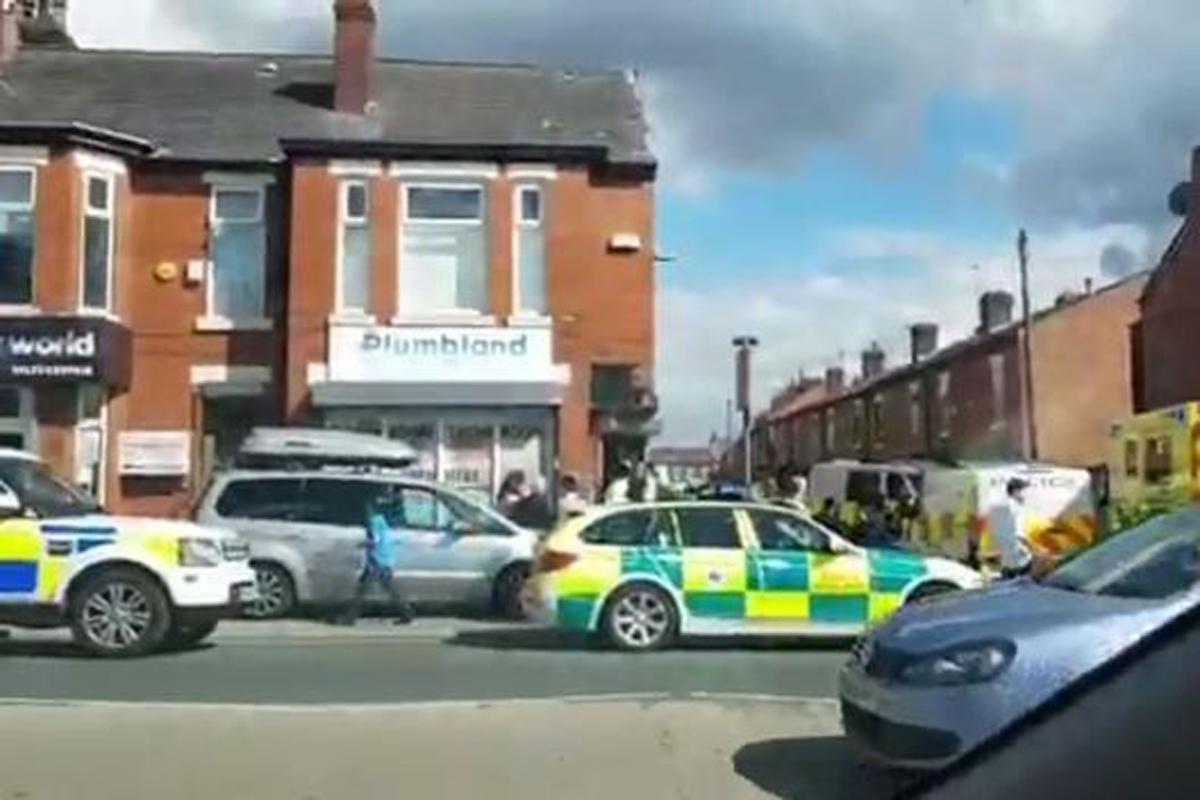 A Greater Manchester Police spokesman confirmed that the officer who was hit by the van was chasing a man he believed to be wanted at the time.
A 29-year-old was arrested on prison recall after the collision, the spokesman added.

A spokesman for the North West Ambulance Service confirmed: “We received a call at 3.03pm.

“We sent an ambulance and a rapid response vehicle to the scene. The patient was taken to North Manchester General Hospital with leg injuries.”

Detective Chief Inspector Amanda Delamore from GMP’s Salford Borough said: “Officers put themselves in difficult situations to keep our streets safe on a daily basis, and sadly on this occasion it has ended with one of our officers in hospital.

“My thoughts are with the officer, we wish him a speedy recovery and hope to have him back protecting us all as soon as possible.”