The Duke honoured the fallen at the annual event which sees attendees toast absent friends with a swig from a hip flask. 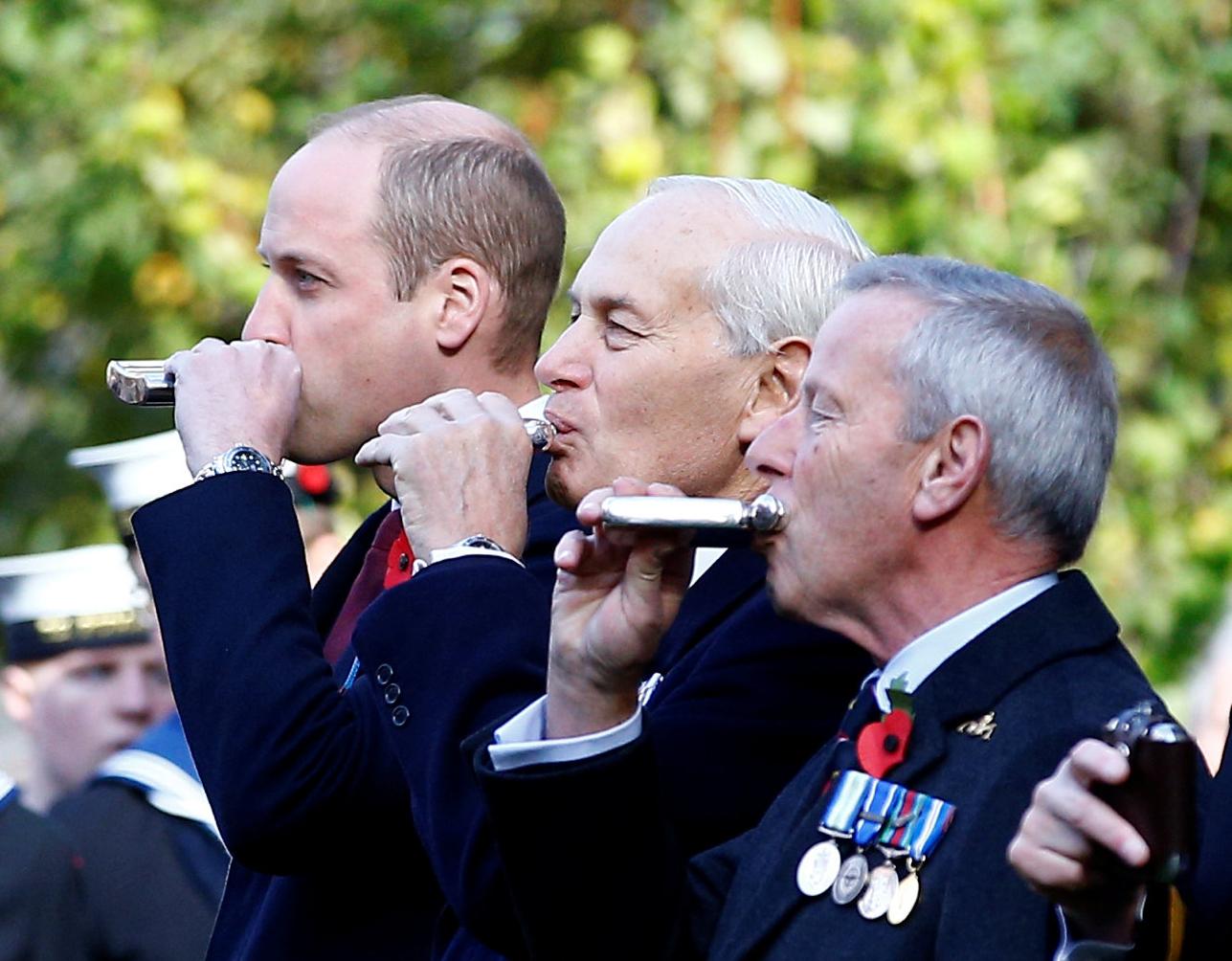 But, the 36-year-old royal revealed his flask had been tampered with during the reception in London.

When asked if he had bought one along the prince said: “I'll never be asked twice about drinking, it's very important.

“They tried to put a Jägerbomb in it! Imagine my surprise; burnt my throat!”

Later he was seen slipping out the small silver flask as he recounted the story once again. 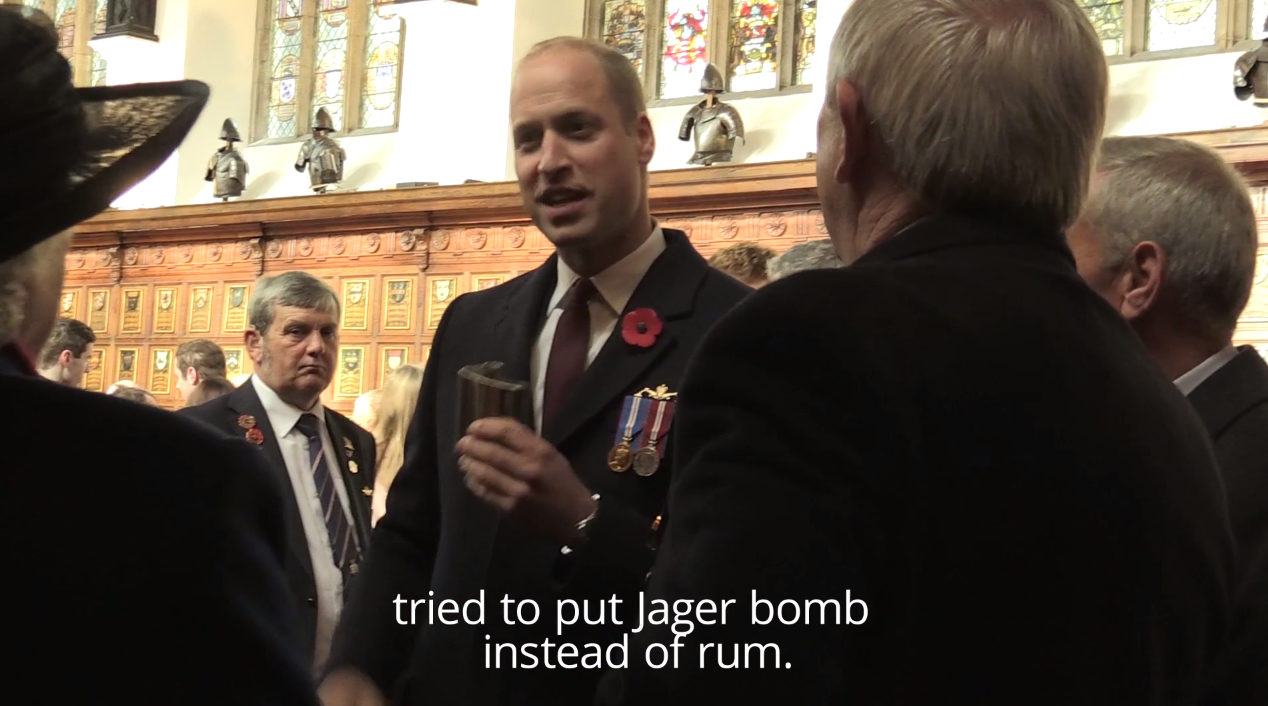 Earlier on was joined by hundreds of current and former submariners who also attended a wreath laying ceremony in central London.

Among those present at the ceremony in Middle Temple was Jim Booth, a 97-year-old D-Day veteran who survived an attack at his home last year.

Chaplain to the Submariners Association the Reverend Paul Jupp, who led the ceremony, urged those in attendance not to forget the sacrifice made by submariners.

He said: "History and remembrance are merged by the coming together of us old shipmates and those who are actually doing the job now – a job that we were so proud to be part of in days gone by. 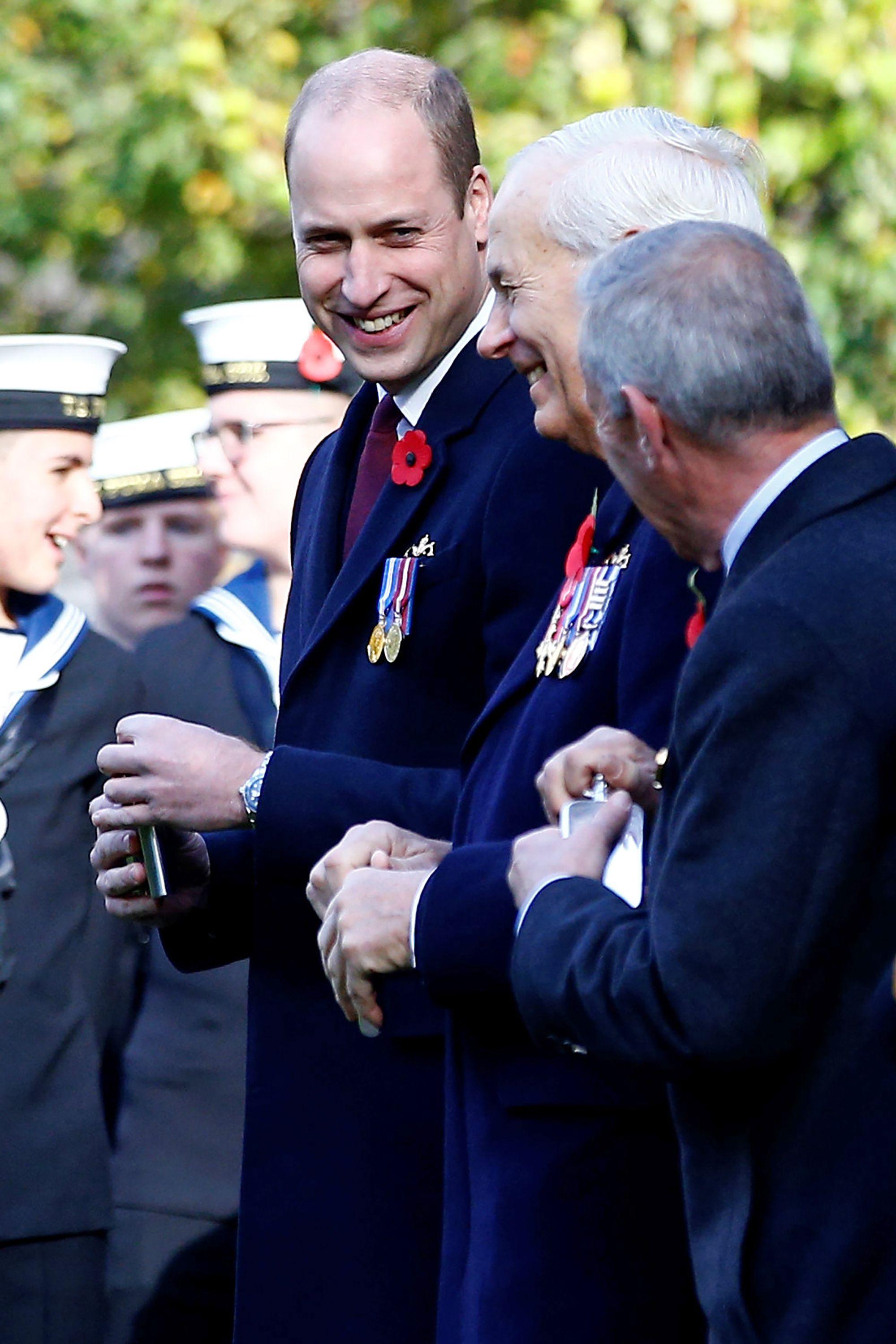 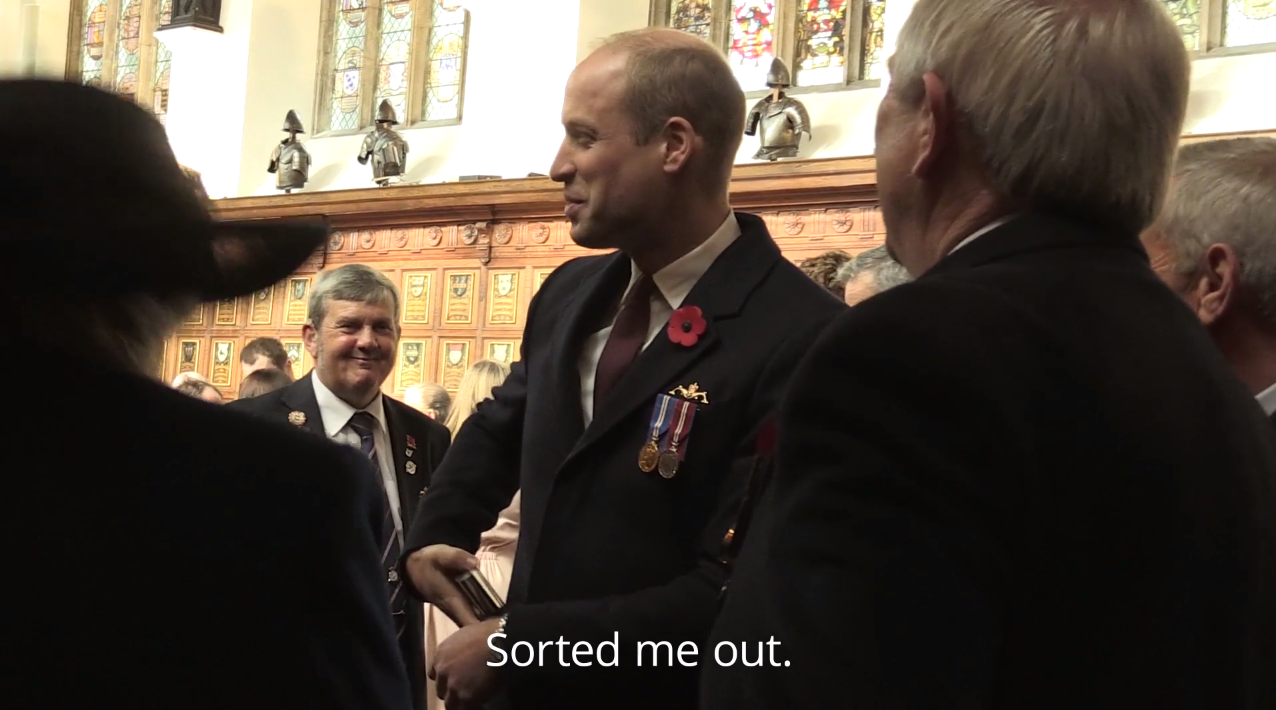 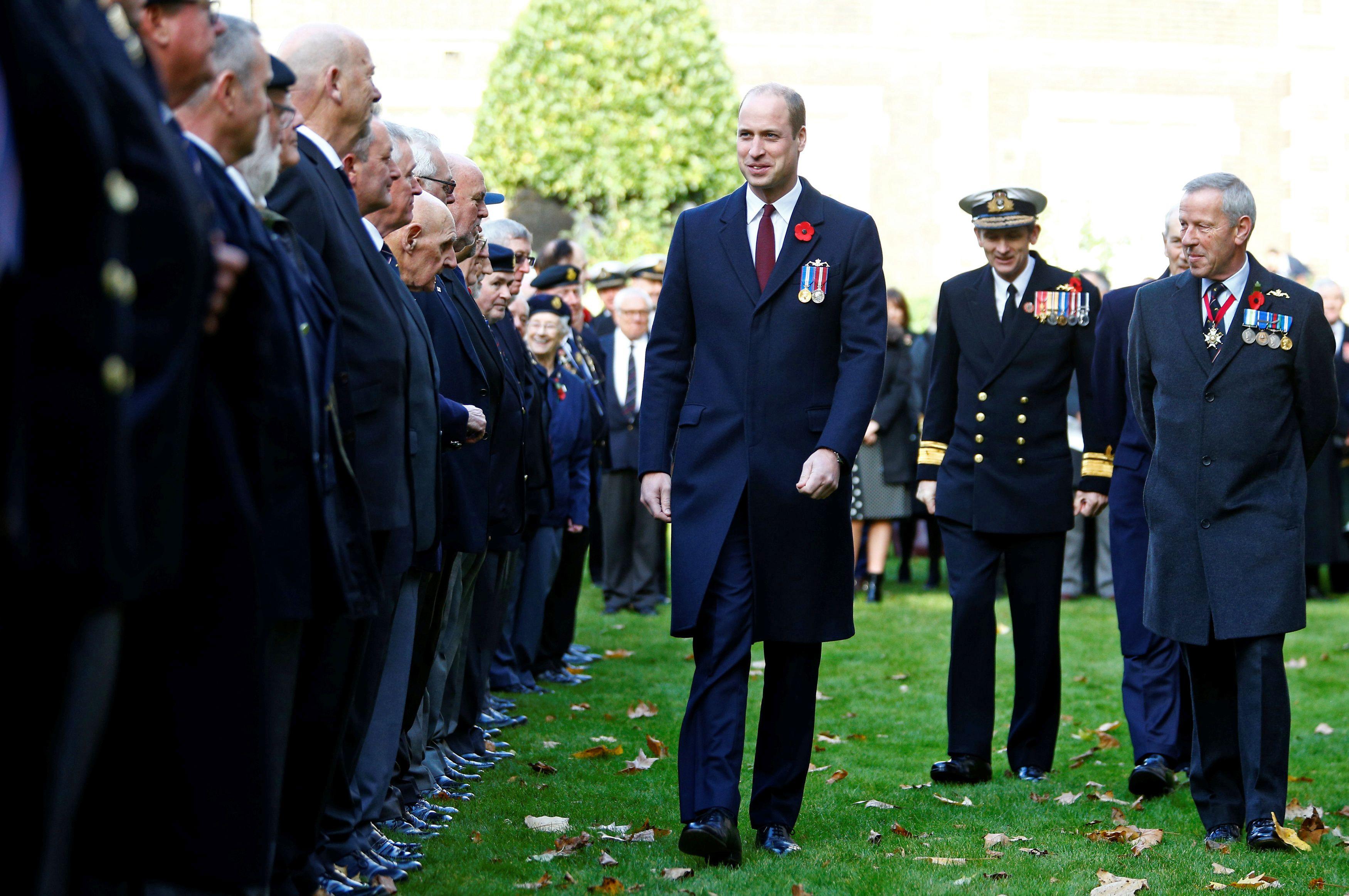 "May all of us make a real effort to learn the story of their service and to carry them on into the future."

A roll call of lost submarines was read out while the wreaths were laid.

The duke, who is the Commodore-in-Chief of the Submarine Service, met with submariners in Middle Temple Hall after the ceremony on Sunday.

The Royal Mariners Band played the national anthem and hymns during the memorial ceremony and the submariners drank a toast from hip flasks to "absent friends".

The annual ceremony, which is held every year a week before Remembrance Sunday, was first held in 1923 after the National Submarine Memorial was unveiled on the nearby Victoria Embankment in 1922.