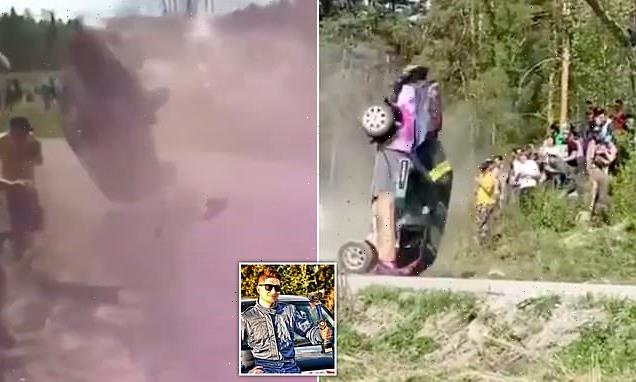 This is the moment rally car racing fans came inches from death when a vehicle skidded and barrel rolled towards them.

The terrifying footage was captured the Picnic rally in Leningrad region, Russia, when driver Oleg Lozinsky lost control on a sharp turn, flipping the vehicle over three times.

The 26-year-old from Karelia escaped the horror crash with just a concussion and his navigator was unscathed.

His navigator, who was in the vehicle with him when the crash happened, escaped unscathed.

Spectators were also unharmed as the rolling vehicle missed them by mere inches.

Video footage shows the Golf car veering off the track after taking a turn at high speed, flipping three times towards spectators stood on the hillside.

The spectators manage to dodge out of the way of the vehicle rolling towards them just in time.

The vehicle lands back on its front wheels in the middle of the track, and people immediately rush to the driver’s aid.

Mr Lozinsky later said that spectators should not have been allowed to stand so close to he track, slamming the organisers of the event for allowing it. 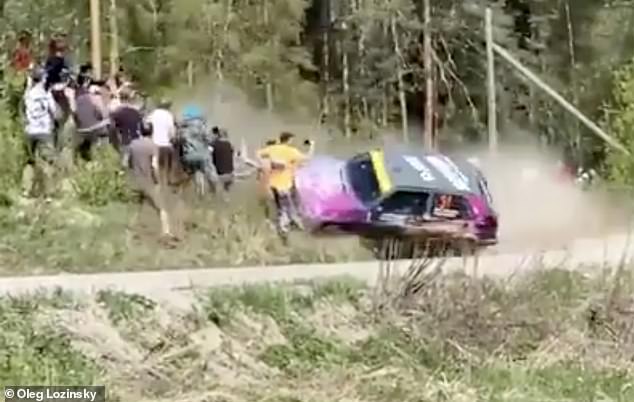 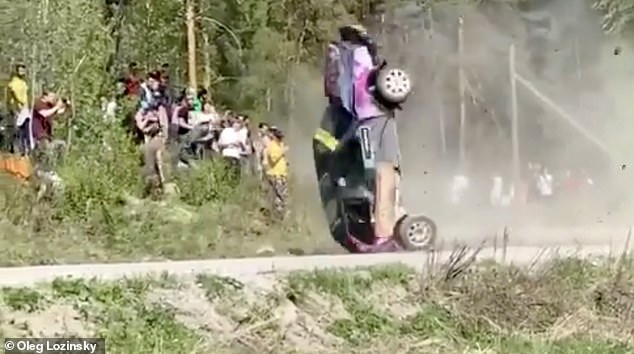 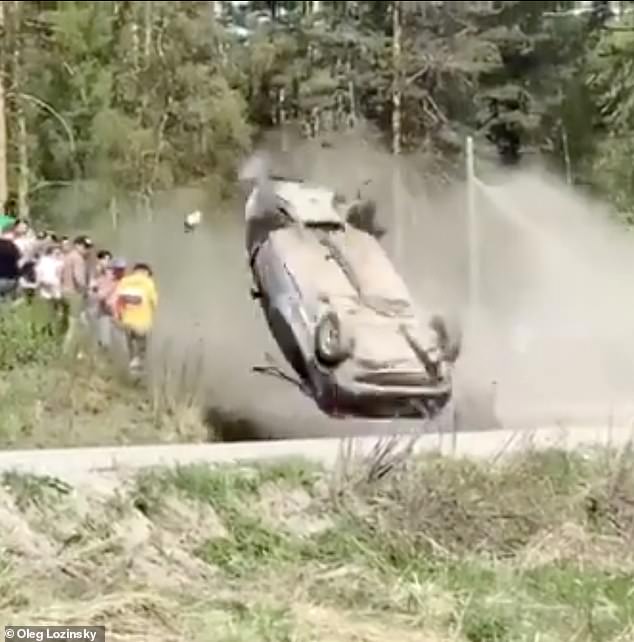 ‘We need to ask the organisers why there is no safety control on the track,’ he said.

‘When I came to my senses, I noticed that even after the accident the crowd was still there.’

‘I’m glad I didn’t hurt anyone.

Speaking of the crash, he told the Sun it was the result of a ‘too fast approach to the turn and a change in the vehicle’s engagement with the ground led to an accident.’

He added hat the crash ‘happened in an instant so you don’t have time to get scared’.

Mr Lozinsky has been competing in rally sports since 2018 and has taken part at the Russian Rally Cup. 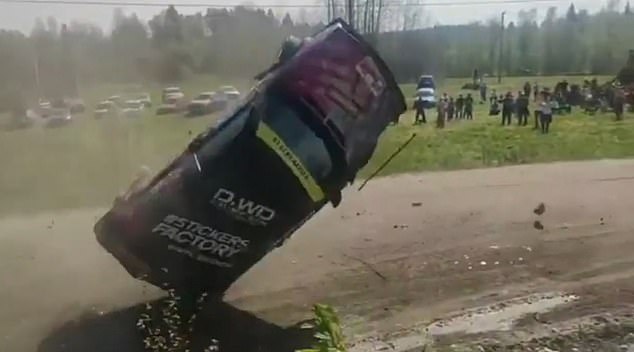 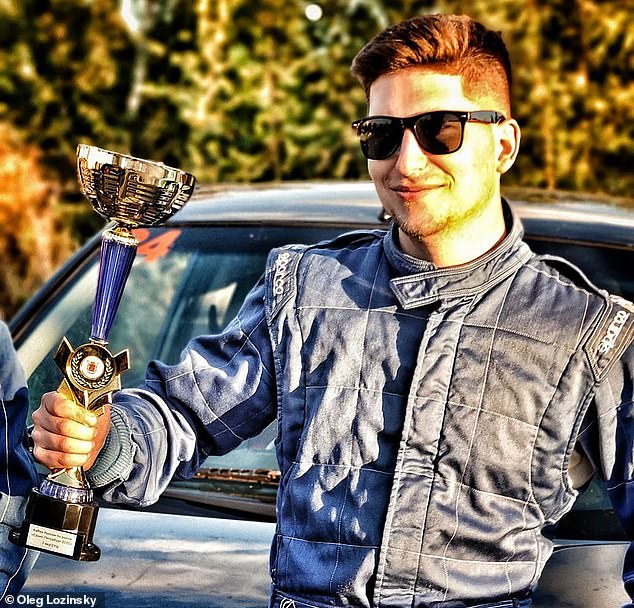 It is believed that he takes part in regional competitions throughout the year as part of his training before entering more well known races.