The brazen pair were spotted getting it on while on the St Petersburg Ring Road, outside Russia’s second city of St Petersburg. 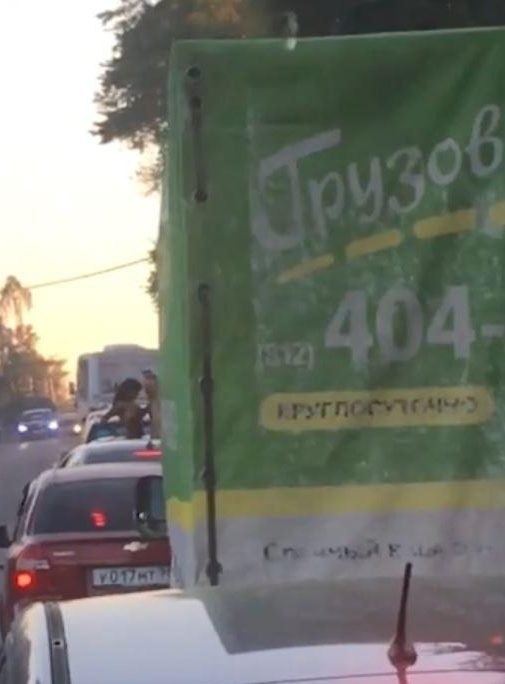 In the video, the naked couple can be seen stood up through the sunroof of their silver Mercedes which is in a line of other vehicles.

Amazingly they carry on with their sexy antics, despite traffic coming in the opposite direction.

The pair have energetic sex in front of dozens of onlookers, with the woman throwing her head back in enjoyment.

Eventually, the cars begin moving as the video comes to an end.

Local media report the man gave the woman’s hand a kiss after their public lovemaking session. 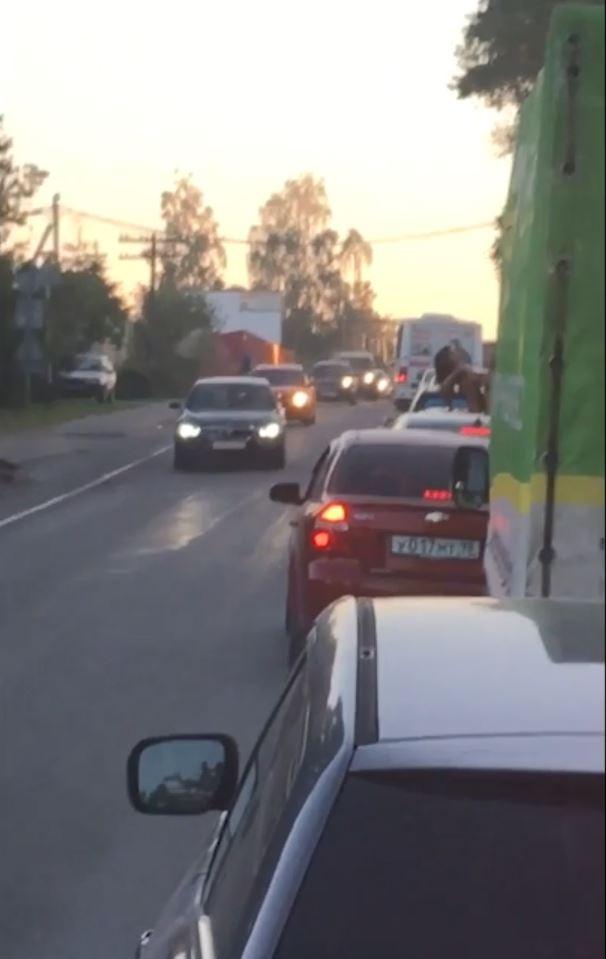 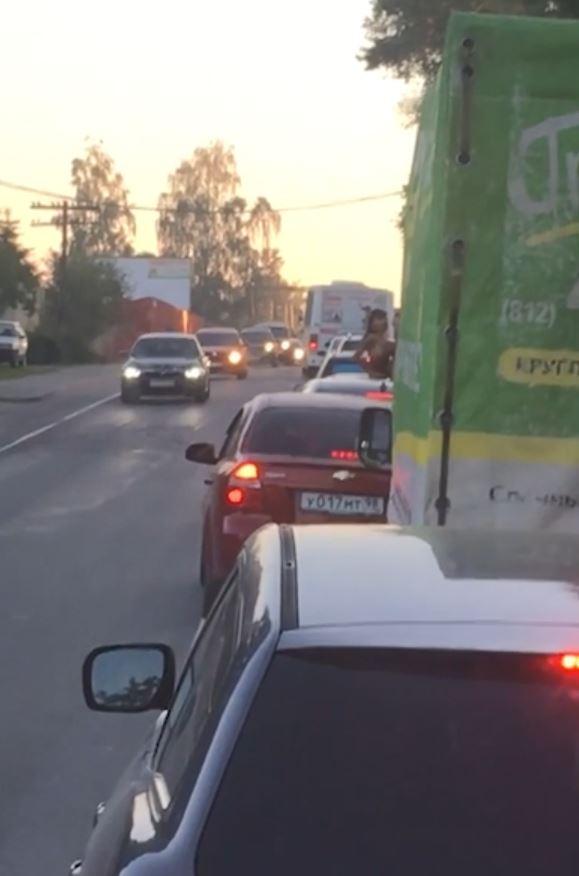 It is not known if cops were informed or if police are investigating.

The woman, who appears to be totally naked, doesn't care who sees her.

The St Petersburg Ring Road is an 88-mile orbital motorway which circles the Russian city.

St Petersburg is Russia's second-largest city after Moscow, with a population of 6.2 million inhabitants.

Earlier this year a randy pair were caught going at it on a balcony in Monte Carlo.