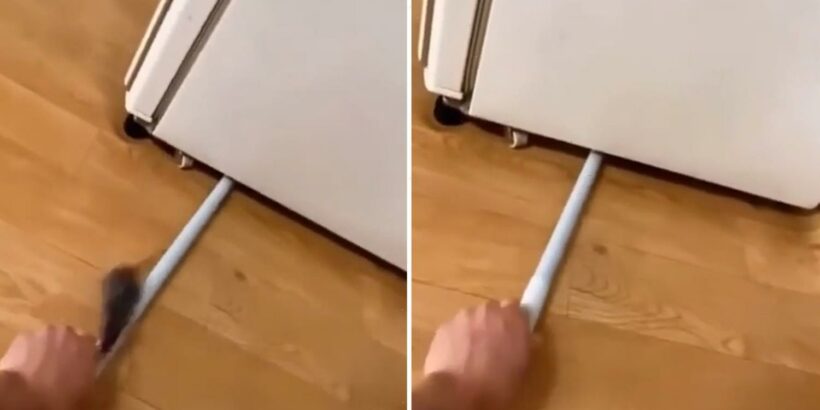 THIS is the chilling moment a rat scurries up a man's arm after he spots something odd under his fridge while sweeping.

Reddit users were left freaked out after viewing the 13-second clip, which shows the man trying to dislodge something from under his fridge. 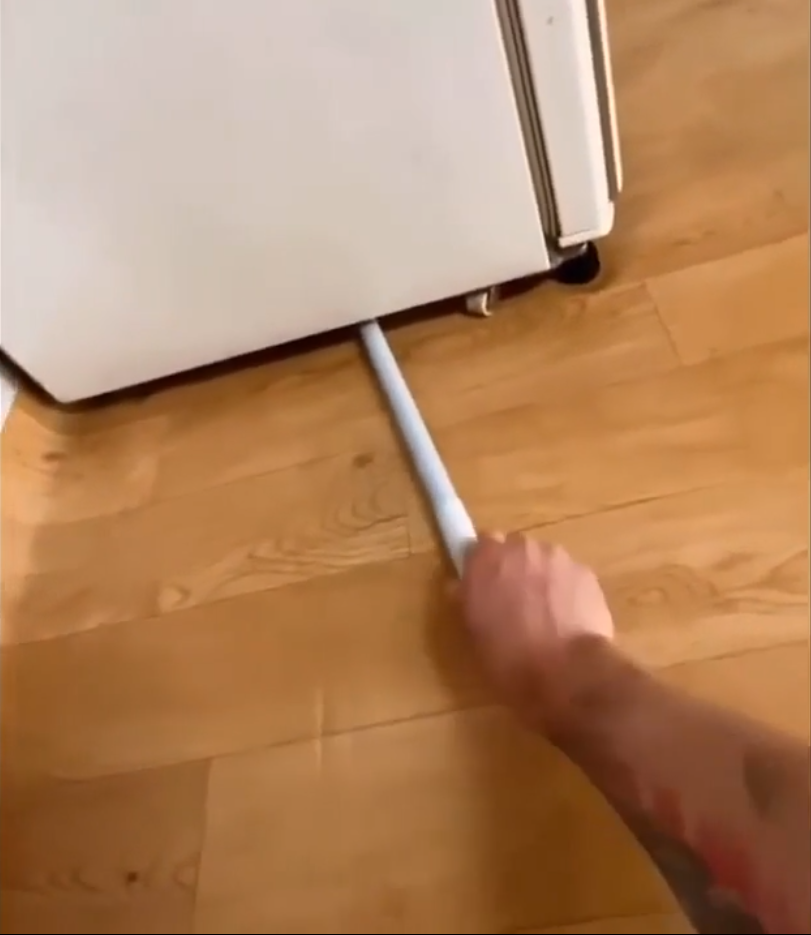 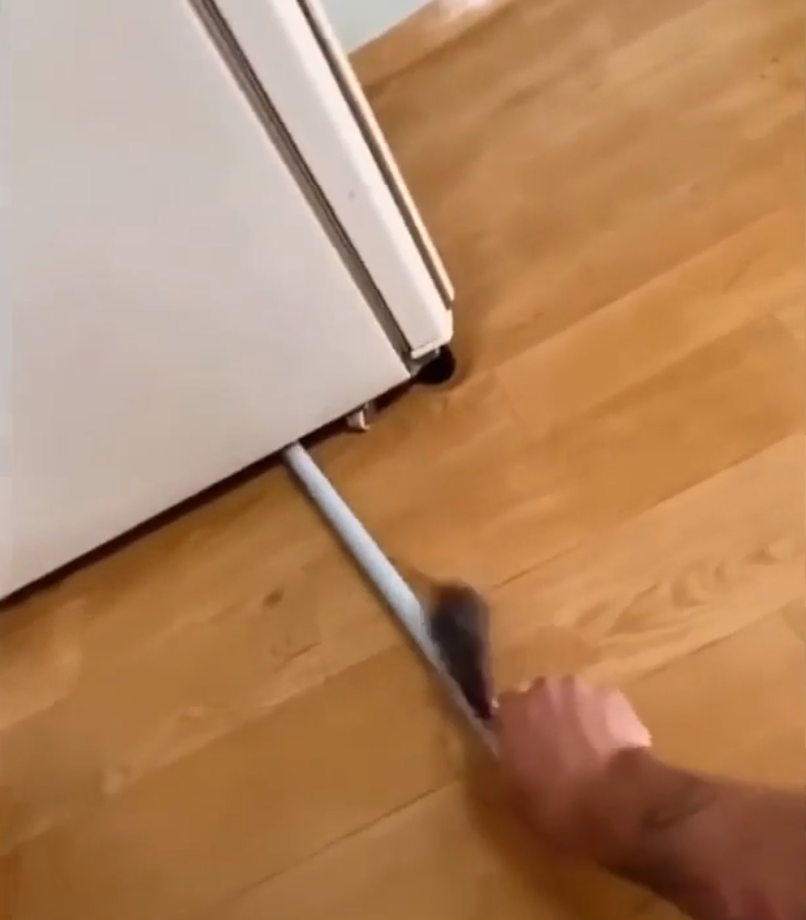 He sweeps around fridge and finally decides to clean under it using a slimline broom when he meets some resistance.

He tries to push whatever it is out and after a few attempts, the dad-of-two decides to give it one final shove.

At that moment, a large brown rat bolts from beneath the fridge, up the broom handle and onto the man's right hand as he holds his camera.

He then sprints outside in hysterics.

"I just threw my phone across the room," said one.

"I just jumped so high, damn," added another.

A third added: "This was actually pretty unexpected. Damn you rats and your spineless bodies!"

“Watched it twice, jumped twice!! I hate rats!” added another.

Others freaked out. "I knew it was gonna be a rat probably but I still jumped so hard I pulled my right arm back," wrote one user.

Added another: "Dude, I was expecting a spider and its million babies and mentally preparing myself for it. I jumped."

Earlier this month, a mum freaked Reddit users by showing them a creepy "alien" egg in her friend's bedroom.

"This is inside my friend’s son’s wardrobe. They don’t know if it’s always been there and they’ve never seen it or if it’s just appeared.

"They’ve not long moved in. Anyone any ideas what it is? And what they should do?" the Aussie mum-of-three asked.

One Facebook user thought it resembled a dinosaur egg, while others were bent on the idea that it was a massive spiders' egg.

"My other half was in pest control and he believes it’s a spiders’ egg nest.

"You can (vacuum) it up and then put a load of Raid in the hoover. If it is a spiders’ nest then there will be thousands in there," one user wrote.

"Oh HELL no. I’d not be touching that full stop. Call Ghostbusters immediately!" added another.

A third said: "I’d suggest a biohazard suit, insect spray, some form of fire, poke it and see what happens, at least you’re prepared."

Despite fears it was a swarm of insects or worse, it turns out the alien-like object was "expanding foam" from the roof of the home. 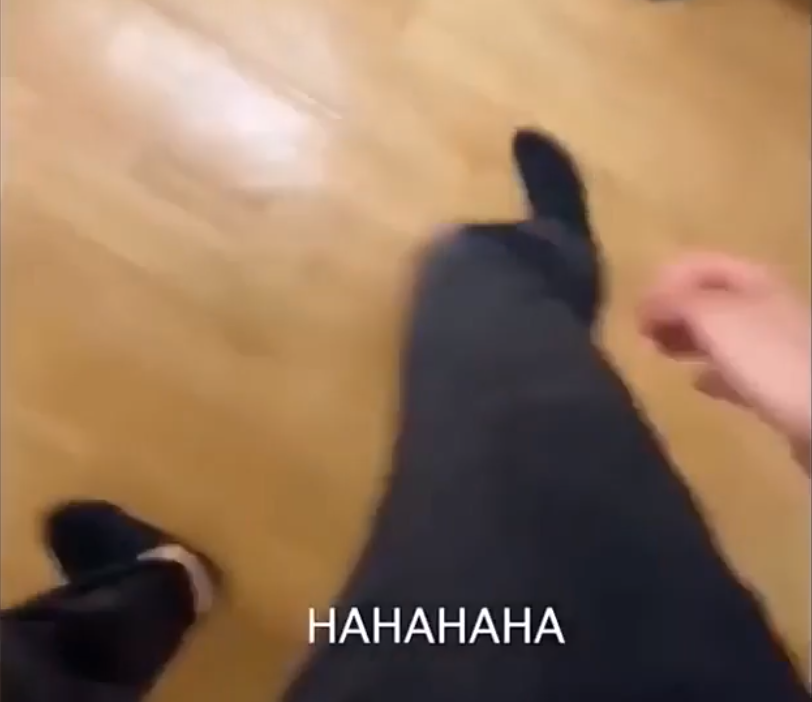 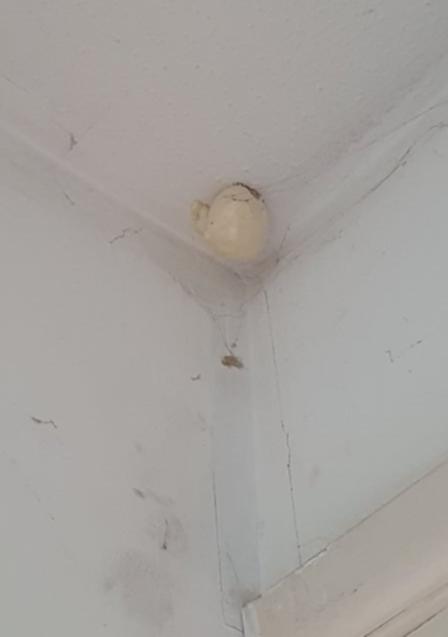