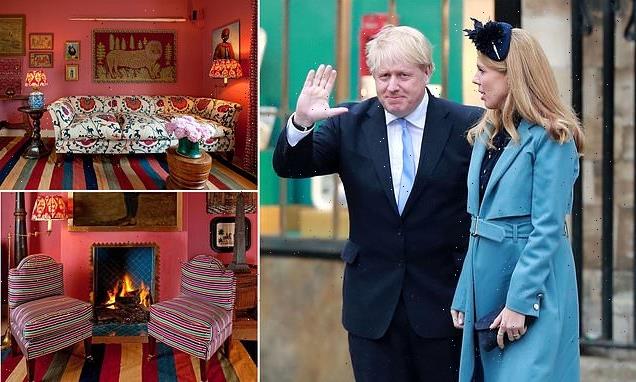 Boris Johnson’s claim to have paid for the lavish makeover of his Downing Street flat faced fresh scrutiny last night after it was confirmed Tory HQ paid the £58,000 bill nine months ago.

Conservative chiefs are understood to have secretly approved the payment to the Cabinet Office in July.

The payment, confirmed to the Mail yesterday by Cabinet Office sources, undermines the PM’s insistence that he paid the bill himself.

Downing Street has refused to deny reports that Mr Johnson secured a loan from a Tory donor – believed to be financier Lord Brownlow – to pay for the decor.

Whitehall sources last night told the Mail that Mr Johnson may now be forced to publicly declare exactly how the costly refurbishment was funded. 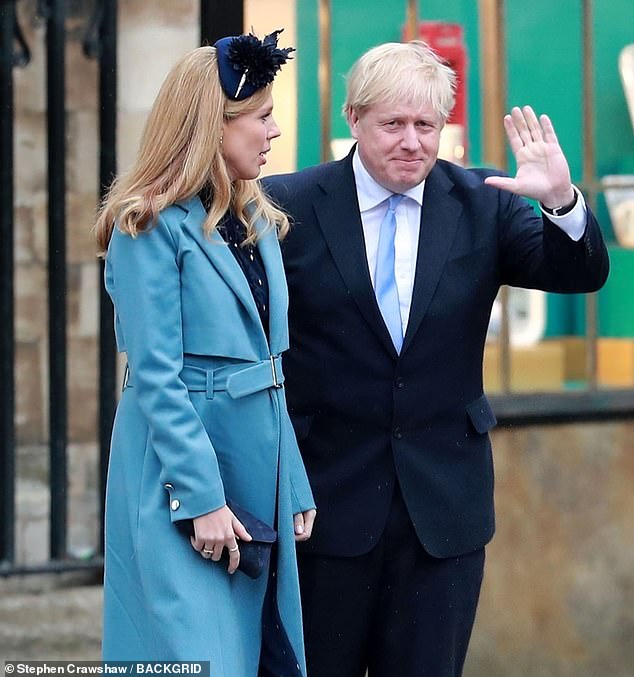 Boris Johnson, pictured with fiancee Carrie Symonds, may have to declare how the costly refurb was paid for

One source said further details were likely to be revealed in an updated register of ministerial interests, which could be released as early as this week.

But Mr Johnson first has to appoint a new adviser on ministerial standards – a post that has been vacant since Sir Alex Allen resigned in November in protest at the PM’s refusal to sack Home Secretary Priti Patel over bullying allegations.

The appointment was due to be announced last week but the preferred candidate is said to be ‘wobbling’ about whether to accept the post.

He refused to say whether political donations had been accepted to help fund the project.

Mr Johnson also ducked the question yesterday, telling reporters: ‘If there’s anything to be said about that, any declaration to be made, that will of course be made in due course.’ 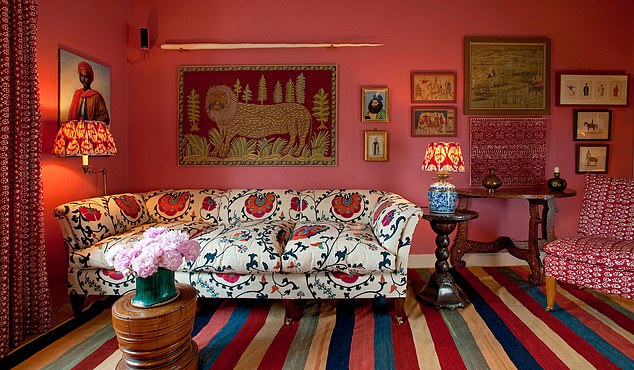 There is a labyrinthine money trail used for the cost of the £58,000 renovations (pictured)

The Cabinet Office informed parliament on Friday that the PM has now paid the bill for his renovations. A senior Tory told the Mail he had been forced to take out a loan to settle the bill.

Mr Johnson’s sister Rachel yesterday defended the overhaul of the ‘light and airy’ flat shared by the PM and his fiancee Carrie Symonds. ‘They have a baby about to turn one and maybe it needed some spiffing up,’ she said.

The latest disclosures add another layer to the labyrinthine money trail used to meet the cost of the refurbishment.

It is thought that the Cabinet Office, which oversees building work in Downing Street, forwarded the money from Tory HQ to the contractors, including upmarket designer Lulu Lytle.

This newspaper revealed this month that Lord Brownlow paid the Tory Party £58,000 as a ‘donation’ to cover the sum it had paid for the refit. If, as Downing Street now says, Mr Johnson has paid the bill, there would appear to be two possible ways of doing so.

Either Lord Brownlow’s ‘donation’ to Tory HQ in October has been turned into a ‘loan’ to the PM.

If, as some insiders are speculating, Lord Brownlow’s ‘donation’ has become a ‘loan’ to Mr Johnson, the Party will face calls to reveal who authorised this. 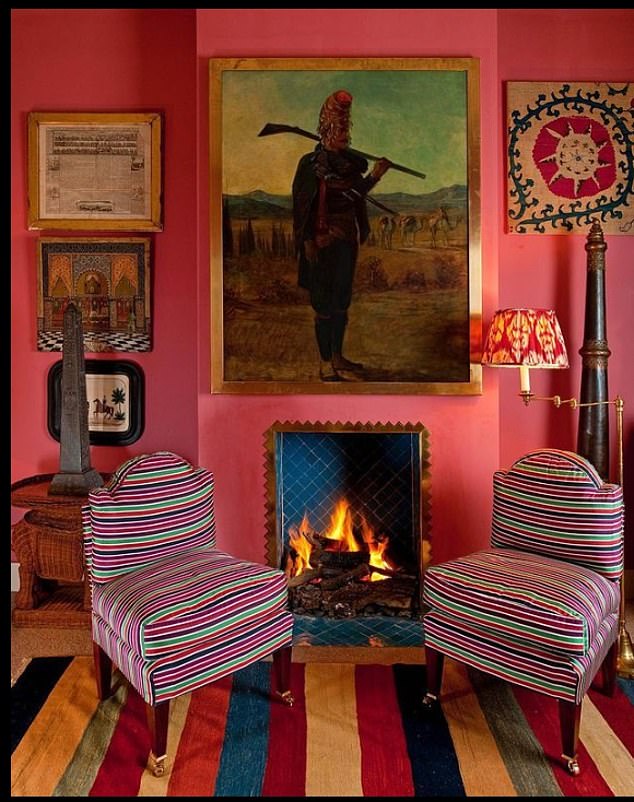 It is thought the Cabinet Office forwarded the money from Tory HQ to the contractors, including upmarket designer Lulu Lytle

Critics may argue that in such hypothetical circumstances, the ‘loan’ is tantamount to being a Tory ‘donation’ in a different guise. The Electoral Commission watchdog is still in talks with the Tory Party to establish if it complied with strict rules on the use of party funds and donations.

When the Mail first revealed the scandal, Mr Johnson’s then press secretary Allegra Stratton said: ‘Conservative Party funds are not being used to pay for any refurbishment of the Downing Street estate.’

Asked whether donors had been encouraged to pay for the refurbishment, Miss Stratton said any donations would be declared through the Electoral Commission, the House of Commons’ register of members’ interests, or in ministerial transparency declarations. No such declarations have yet been made.

‘Gifts and benefits received in a ministerial capacity are, and will continue to be, declared in Government transparency returns.’

Lord Brownlow did not respond to a request for comment.