Monkeys go bananas for social distancing: Animals stay spread out from one another as they line up for a snack in India

A troop of monkeys have displayed exemplary social distancing amid the pandemic in India, despite their notorious acts of destruction and even snatching coronavirus samples.

The macaques were pictured lining up in evenly spread rows as they ate their lunch in Arunachal Pradesh, India.

India’s Minister of State for Youth Affairs & Sports, the local MP, Kiren Rijiju tweeted a picture of the law-abiding monkeys waiting to grab a slice of watermelon.

‘A perfect #SocialDistancing seen near Bhalukpong in Arunachal Pradesh along Assam-Arunachal boundary. If we observe carefully, animals can teach us many vital lessons that we may have missed in the haste of our normal daily lives.’ Mr Rijiu wrote. 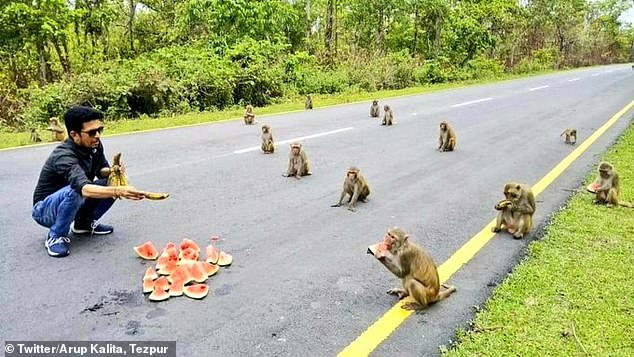 India’s Minister of State for Youth Affairs & Sports, the local MP, Kiren Rijiju tweeted a picture of the law-abiding monkeys waiting to grab a slice of watermelon in Arunachal Pradesh, India 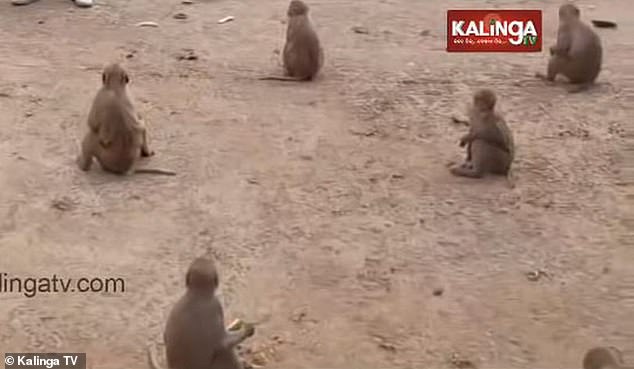 It’s a marked change in the primates’ behaviour, whose infamy has soared to global proportions in recent years, with kidnapping, killing and theft reported.

Last week an Indian health worker was mobbed by monkeys who stole coronavirus blood samples, igniting fears that the stealing simians could spread the pandemic in the local area.

After making off with the three samples earlier this week in Meerut, near the capital New Delhi, the monkeys scampered up nearby trees and one then tried to chew its plunder.

The sample boxes were later recovered and had not been damaged, Meerut Medical college superintendent Dheeraj Raj told AFP on Friday, after footage of the encounter went viral on social media. 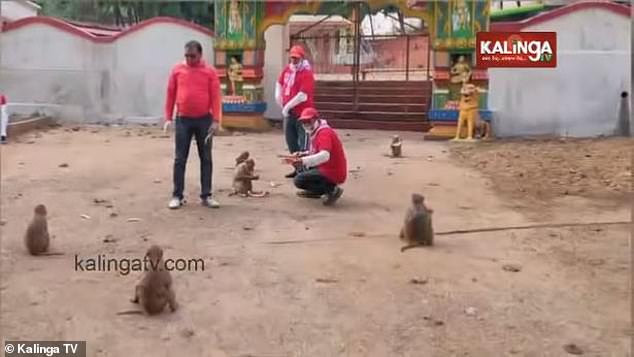 ‘They were still intact and we don’t think there is any risk of contamination or spread,’ Raj said.

He added that the three people whose samples were stolen were retested for the virus.

Coronavirus has been detected in animals, though there is no confirmation that the disease can then be passed on to humans.

India’s coronavirus death toll passed neighbouring China’s on Friday and another 193 deaths were recorded yesterday, taking its total to more than 5,300.

India, home to some of the world’s most packed cities and a creaking healthcare system, is emerging as a new hotspot with record jumps in new cases in recent days. 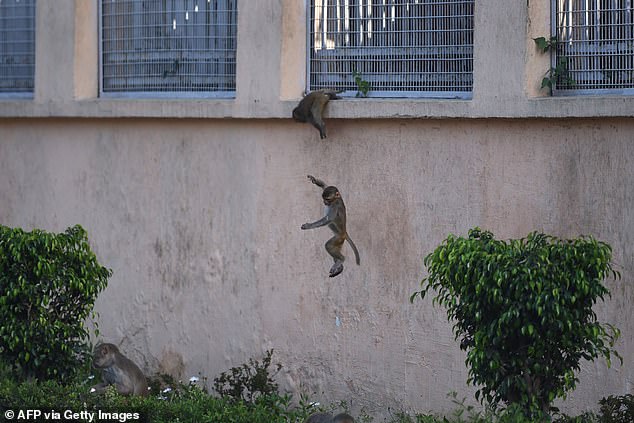 Monkeys are seen playing on a roadside in New Delhi on April 8. Indian Forest Service officers, meanwhile, have shared videos on social media of elephants trundling past shuttered shops along deserted streets 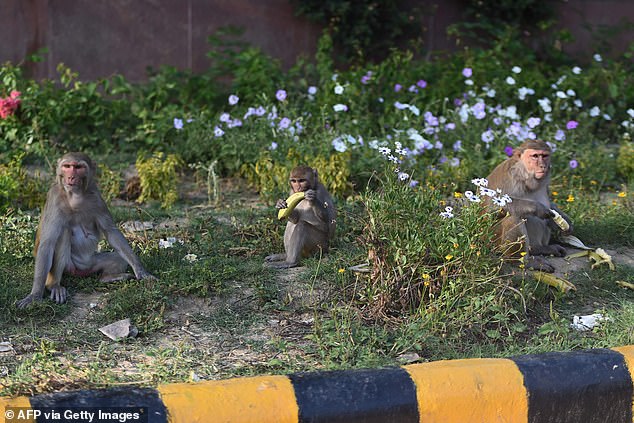 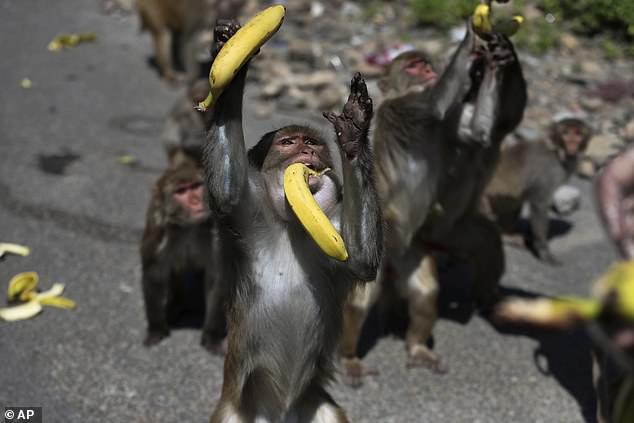 A monkey reaches out to grab bananas as a man feeds a group of monkeys during lockdown to prevent the spread of new coronavirus in Jammu, India, Wednesday, April 8 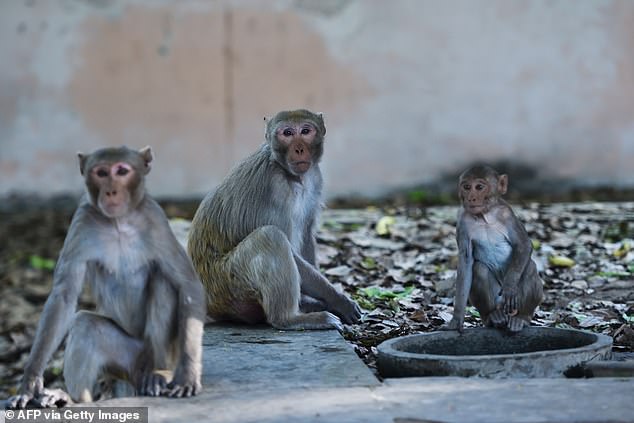 A group of monkeys sit on a roadside in New Delhi on April 8. With India’s 1.3 billion population and tens of millions of cars conspicuous by their absence, wildlife has moved to fill the void while also suffering from the coronavirus fallout

Subways and schools remain closed as experts said it is still far from reaching the peak of its outbreak.

The government eased the lockdown to help millions of day labourers who have lost their jobs and are unable to feed their families.