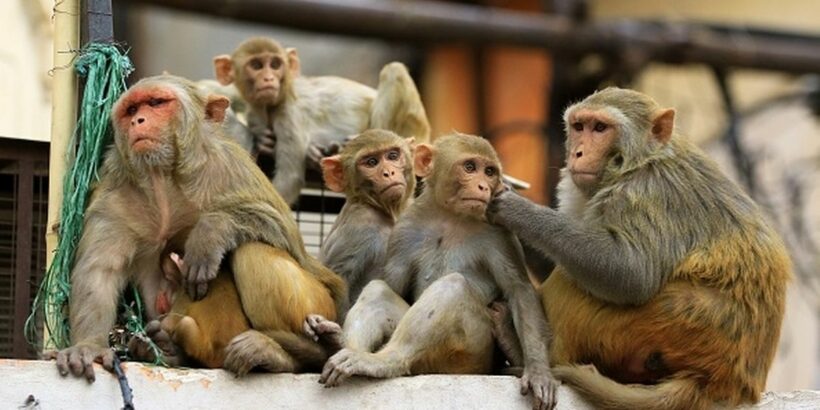 A young woman plunged to her death after monkeys chased her off a roof, reports in India say.

The 21-year-old was said to have been playing a game of badminton with her friends on a terrace when the tribe attacked.

The woman, named only as G. Sirisha, and her pals tried to scare off the simians in the Warangal district of Telangana, police said.

But they panicked and started to flee when the tribe looked like they were about to attack, reports News Meter India.

Local police have launched an investigation after Sirisha, a Master of Computer Applications graduate, was found dead with multiple injuries.

Ms Sirisha was pronounced dead at the scene after she crashed into a parapet wall and fell from the top, police said.

She had been living with friends in an apartment while they received professional training in the district when the attack happened on March 10.

Fatal monkey attacks in India are rare but not unheard-of, the Mail Online reports.

The first attack saw monkeys break into a woman's home while she was breastfeeding her child and snatched the baby from her and bite it to death.

In the second attack, a 58-year-old woman was bitten by monkeys as she went to relieve herself outside her home on the outskirts of the city and bled to death.

Monkeys have also inadvertently caused deaths – in January last year a woman hanging washing on her roof died after monkeys attacked and she slipped and fell.

Last October, a 13-year-old girl collecting laundry from the roof died after she was chased off a roof by monkeys.

In the same month, a pack of monkeys that began fighting in the city of Agra caused a frail wall to collapse, killing two men who were standing nearby.