Monks at an abbey in Belgium will be brewing beer again after a 200-year break.

The Grimbergen Abbey was ransacked and the brewery smashed in 1795 by French troops and the monks stopped brewing their own beer.

But plans to build a new brewery have been approved and the monks expect to have their first ales by the end of 2020. 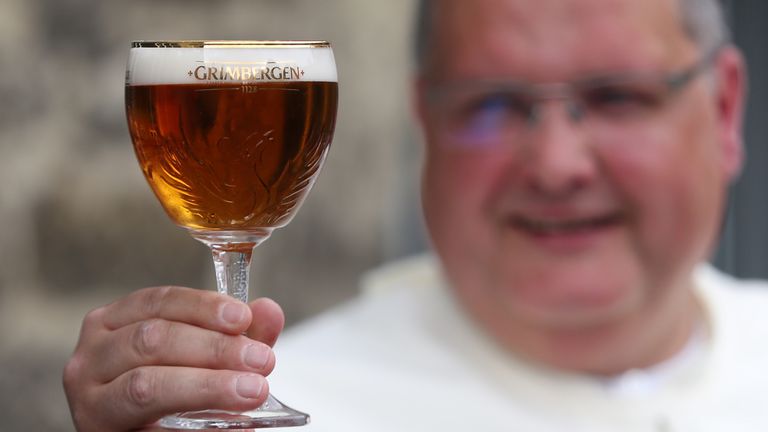 Father Karel Stautemas, one of 11 Norbertine canons living in the abbey, said he wouldn’t encourage people to drink too much of the beer, which is 10.8% alcohol by volume.

“One or two is okay,” said Grimbergen mayor Chris Selleslagh.

Father Stautemas took a brewing course in Copenhagen and will become one of five or six workers at the new brewery.

“For us, it’s important to look to the heritage, to the tradition of the fathers for brewing beer because it was always here,” he said.

The monks spent four years researching the methods and recipe for the abbey’s traditional brew, as it was all thought to have been lost when it was ransacked.

But Father Stautemas told The Guardian no one could read the old books, because they were in old Latin and old Dutch. He said: “We’ve spent hours leafing through the books and have discovered ingredient lists for beers brewed in previous centuries, the hops used, the types of barrels and bottles, and even a list of the actual beers produced centuries ago.”

But only some of the same methods and recipes will be transferred, as ale was a “bit tasteless” in those times. 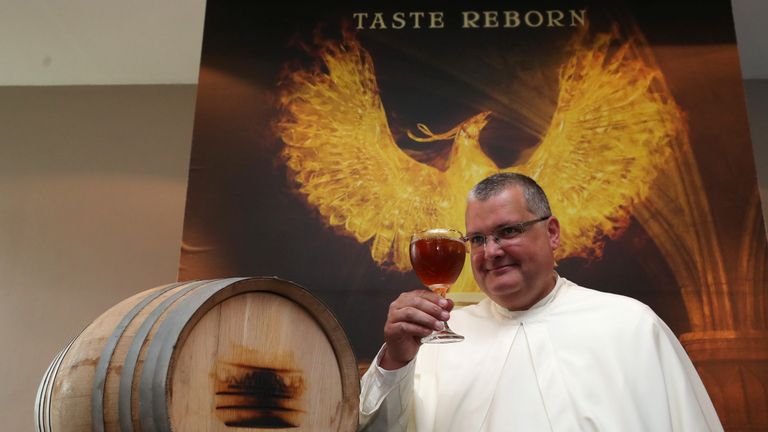 Marc-Antoine Sochon, an expert at Carlsberg who will be the project’s brewmaster, said: “We will keep the same yeast, which will bring all the fruitiness and spiciness and we will start to dig into more innovations, such as barrel-ageing, dry-hopping.”

The abbey, which was founded in 1128, has been tied to commercial brewers since the 1950s, when brewer Maes asked the monks to use their name and their emblem, the phoenix, on its abbey beer. 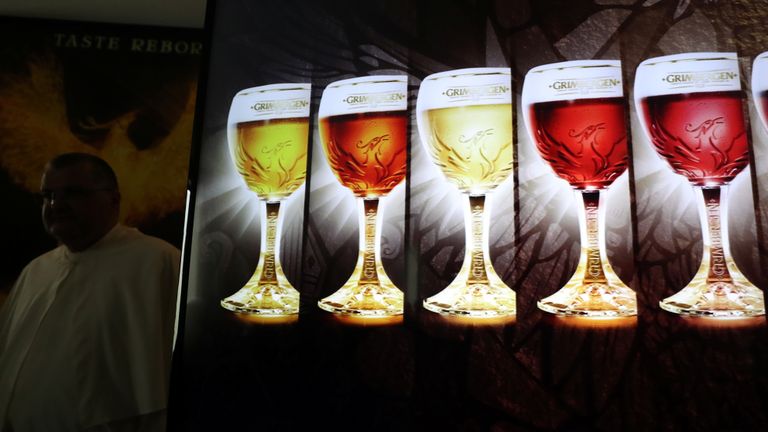 That beer is still manufactured, by Heineken’s Alken-Maes for Belgium and Carlsberg for other markets. The abbey earns royalties.

The abbey has planted hops in the garden and plans to also open a visitors centre.

Monks will stick to the Trappist beer maker rules, even though they aren’t Trappist, and will brew within the abbey walls, control the brewing and put the profits into maintaining the abbey and supporting charitable causes.