Three brothers were out for a morning dive in Wellington when they came across the impressive creature. 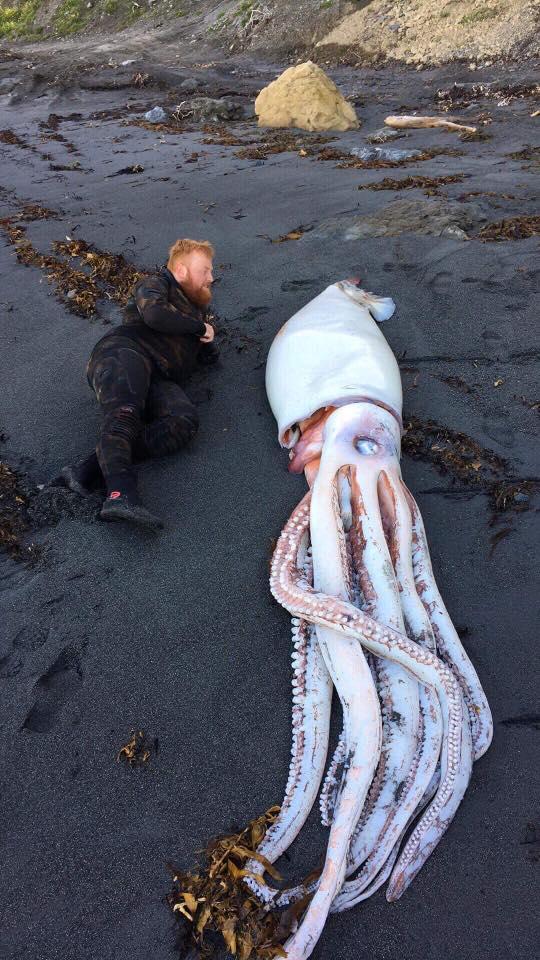 Daniel, Jack and Matthew Aplin were driving along on a track near Red Rocks on the city's south coast when they came across the beached cephalopods.

The brothers said they had come across sharks while on their diving trips but had never seen a squid of that size.

The trio contacted the National Institute of Water and Atmospheric Research, who arranged to have the squid collected.

A Department of Conservation spokesman said it was almost certainly a giant squid, the bodies of which washed up relatively regularly. 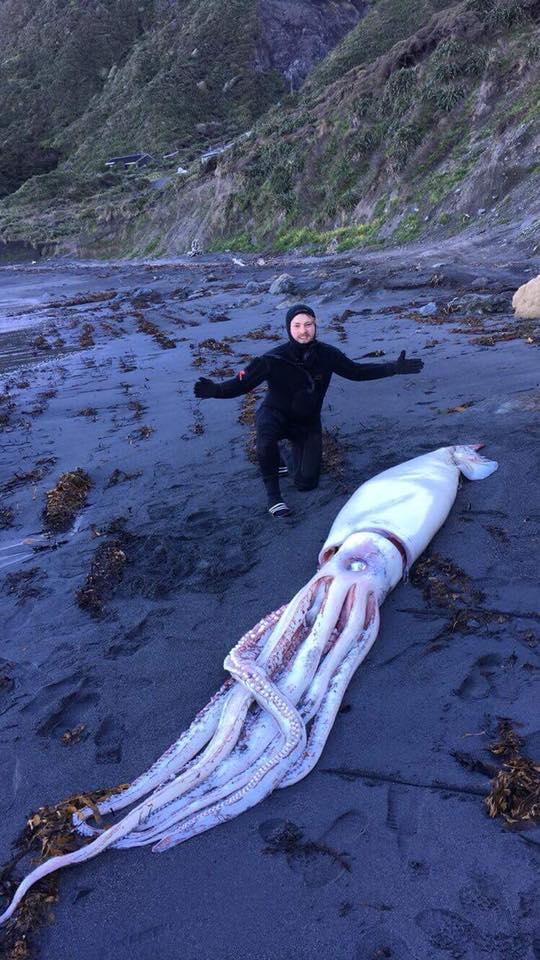 Male giant squids can grow as large as 33ft long, and have suckers and barbs running down the length of their arms.

The giant squid is the largest type of squid save for the colossal squid.

They are chiefly hunted by sperm whales, but juveniles are occasionally hunted by deep-sea sharks.
Rumours and sightings of giant squid as long as 66ft are widespread, but no specimens approaching this size have been scientifically documented.
Studies show giant squid feed on deep-sea fish and other squid species.
They catch prey using two tentacles, gripping it with serrated sucker rings, then bring it toward the powerful beak, and shred it before ingesting it.
They are believed to be solitary hunters, as only individuals have ever been caught in fishing nets.

Online commenter compared the brothers' find to the colossal squid held at national museum Te Papa – which is over 17ft lo.

Last year a 50ft squid washed up in Indonesia.

We pay for your stories! Do you have a story for The Sun Online news team? Email us at [email protected] or call 0207 782 4368 . We pay for videos too. Click here to upload yours