Moped mugger, 25, who stabbed man to death for his £7,000 Rolex in front of his terrified girlfriend is found guilty of murder as brutal wave of armed scooter robberies sweeps London

A moped mugger who stabbed a stranger to death for his £7,000 Rolex in south London is facing life behind bars.

Jordan Bailey-Mascoll, 25, was one of two men who murdered Danny Pearce, 31, as he left Oliver’s jazz club in Greenwich, south London.

The tragic case is one of scores of moped-enabled crimes of the kind which this week claimed comedian Michael McIntyre as their latest victim. 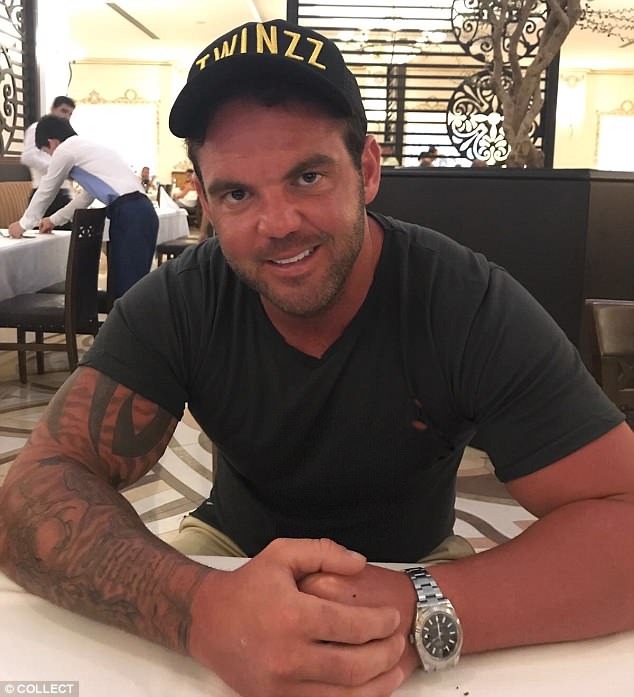 Bailey-Mascoll and an unknown accomplice referred to only as ‘Ghost’ had been driving around on a moped targeting people with expensive watches, Woolwich Crown Court heard.

One of the balaclava-clad killers was armed with a long ‘particularly gruesome’ hunting knife and the other with a gun.

When Mr Pearce refused to hand over his Rolex he was shot at, chased down the street, then cornered and knifed to death.

Mr Pearce suffered multiple stab wounds to his neck and chest after the attack at 12.15am on 15 July last year and died at the scene.

When the guilty verdict for murder was returned At Woolwich Crown Court today, Bailey-Mascoll began struggling violently with the dock officers who battled to restrain him.

Members of both families gasped as he jumped on to the bench and tore away from officers towards the cell door.

Judge Christopher Kinch, QC, said: ‘If the defendant wants to go down he can go down.’ 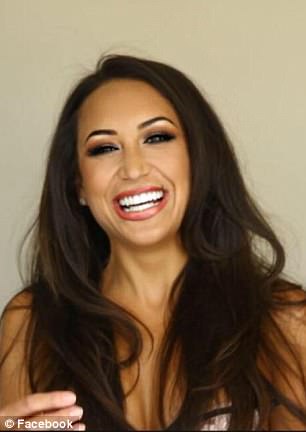 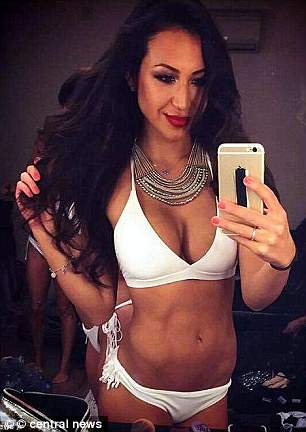 Mr Pearce’s girlfriend Stephanie Holland, told the trial that she offered to give the muggers his watch but they stabbed and shot him anyway

Tearful jurors were handed tissues as the remaining verdicts were read out in his absence.

Bailey-Mascoll, who has a long criminal record dating back to his teens, was convicted of murder, possessing a firearm, possessing an imitation firearm and robbery.

The trial has heard how Mr Pearce and his girlfriend Stephanie Holland were returning to his car on King William Walk after a night out with another couple in Greenwich.

Ms Holland wept as she told the court how she tossed her boyfriend’s Rolex at the muggers but they killed him anyway.

She said: ‘I was in front of Danny. We were walking down the street and then two men both wearing balaclavas and motorcycle helmets come in front of us.

‘The person on the right had a firearm and the one on the left had a knife. They were of average height but larger than me.’ 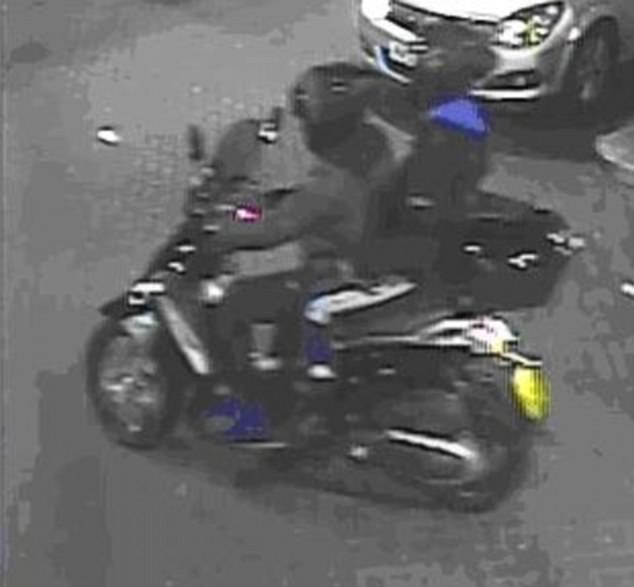 Bailey-Mascoll grew up in Sydenham, southeast London, living with his mother until he was 15.

He was in an out of court for a number of other offences including burglary, possessing cannabis, theft from a motor vehicle and shoplifting whilst still a juvenile.

When he was 18 he was jailed for possessing a loaded firearm after accidentally shooting himself.

Further convictions for shoplifting and a snatch robbery followed in 2012 and 2014.

Police tried to arrest him in Catford on 23 August but he got away after threatening officers with a large knife.

Ms Holland said the knife was about a foot long.

‘I went half way down the street and then I turned back and saw that Danny was not there, so I ran back to where we were.

‘He was in-between two cars. He was bleeding from his forehead. One of the guys followed him up the steps. I did not see the other guy.

‘I went away a little bit. I was scared. I saw the guy repeatedly stabbing Danny a lot of times. He just would not stop.

‘I just shouted at him, “I’ll give you the watch”. Danny was on the floor and I took the watch off and just threw it at them. They left on their mopeds. I cannot remember if they said anything to me, it was all very fast.’

Moped mugging victim Danny Pearce’s daughter left a heartbreaking picture at the scene of his killing.

The tragic message was among a number of tributes, including a football scarf from Mr Pearce’s favourite team Chelsea, tied to railings in Greenwich after his death. 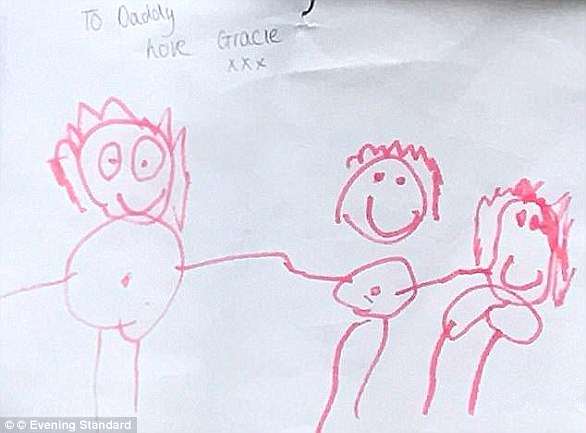 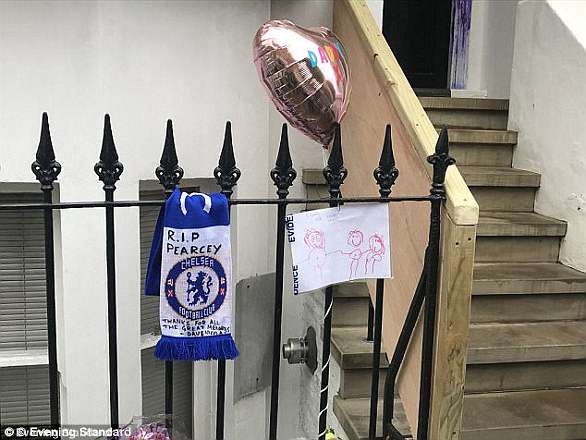 Jurors were shown CCTV footage of Bailey-Mascoll signalling as he and his accomplice spotted Mr Pearce’s Rolex.

Mr Pearce is then seen sprinting past the camera chased by armed Bailey-Mascoll.

Bailey-Mascoll and Mr Pearce struggled over a car bonnet before he is cornered and stabbed by both attackers.

The killers ‘swapped roles’ leaving Bailey-Mascoll to take control of the moped and ride off with his accomplice on the back.

Bailey-Mascoll was eventually identified after police linked him to a blue Adidas tracksuit worn by one of the men with the moped at a petrol station 10 minutes earlier.

Fortunately, a quick-thinking passer-by had noted down part of the moped’s licence plate and it was linked to a string of similar robberies in the area. 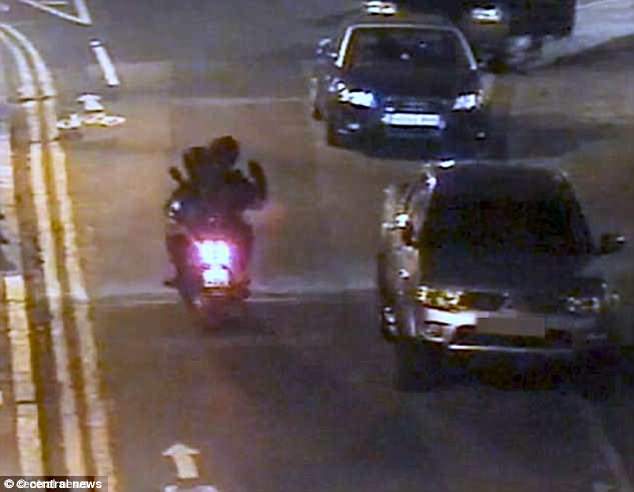 Four days before the murder, another robbery victim Jolyon Atkinson had his Lars & Jensen watch by a pillion passenger on a moped wielding a large knife on Plough Way, Surrey Quays.

Bailey-Mascoll’s DNA was later found on the moped and he owned a set of spare keys.

Police tried to arrest him in Catford on 23 August but he got away after threatening officers with a large knife. 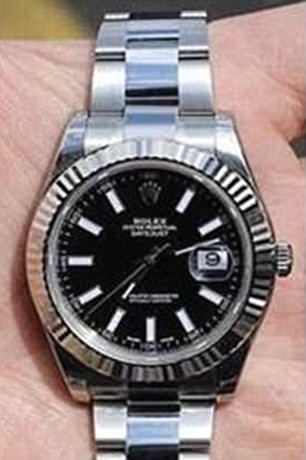 Mr Pearce was killed for this Rolex watch

He was finally arrested on 18 September after trying to escape out of a window of a flat in Dartford, Kent.

The young father claimed ‘Ghost’ called the shots and sold on the luxury timepieces.

He insisted he only ever wielded the hunting knife to terrify victims into handing over their valuables and he did not intend to seriously harm Mr Pearce.

Bailey-Mascoll grew up in Sydenham, southeast London, living with his mother until he was 15.

He was in an out of court for a number of other offences including burglary, possessing cannabis, theft from a motor vehicle and shoplifting whilst still a juvenile.

When he was 18 he was jailed for possessing a loaded firearm after accidentally shooting himself.

Further convictions for shoplifting and a snatch robbery followed in 2012 and 2014.