The pair were arrested in Denmark Hill, South London, after a five-mile pursuit across the capital. 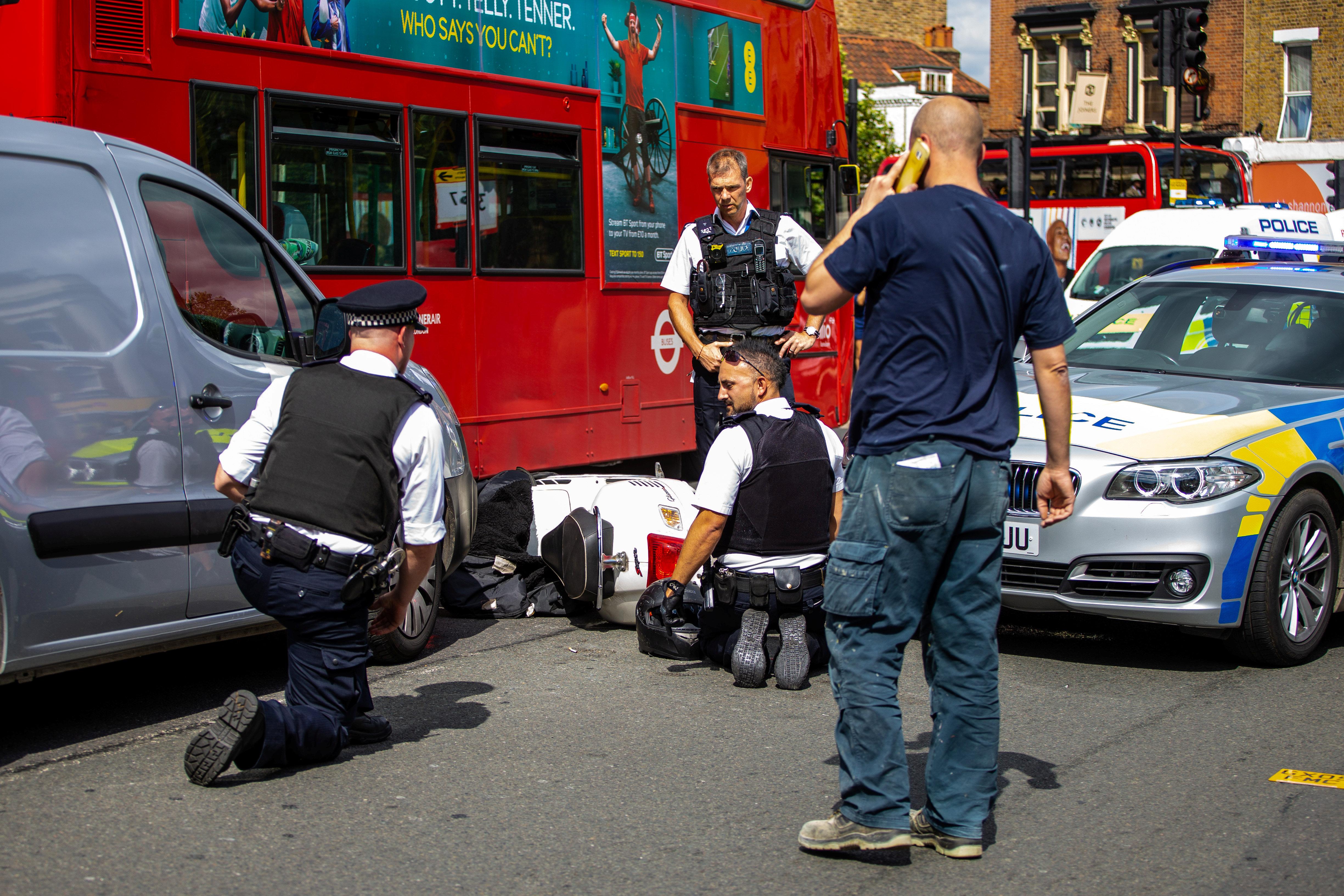 The chase started after a botched robbery in Hackney, followed by a daring ride south towards London Bridge.

With two police cars and a helicopter in hot pursuit, they sped towards Camberwell, in the south of the city, before ploughing into a parked van in Denmark Hill.

They were nabbed as they tried to escape the scene on foot.

The van driver said: "I'm p****d off, it's going to cost me – police told me they have been chasing these blokes all over the town." 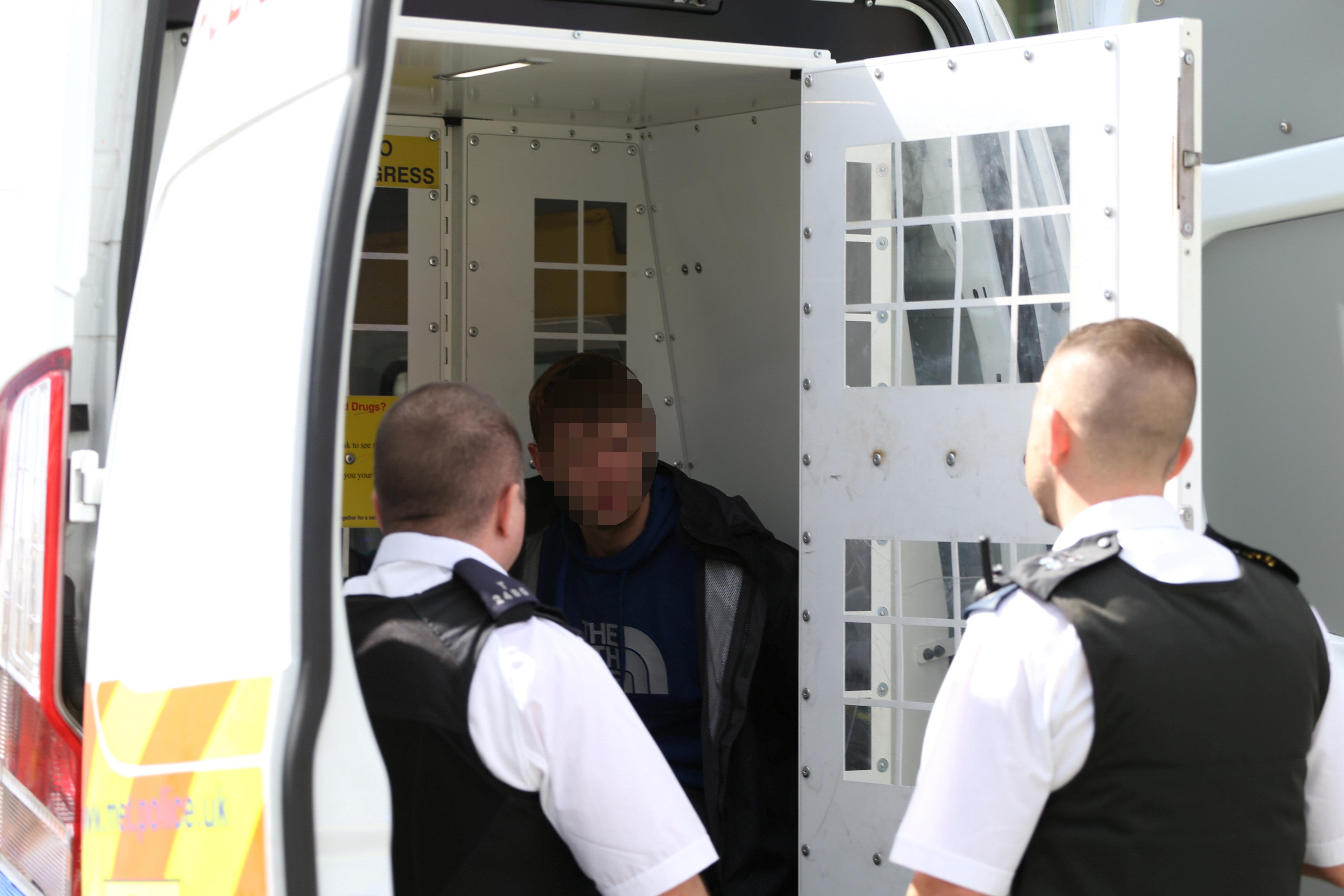 A Scotland Yard spokesman said: "Two males have been arrested on suspicion of conspiracy to rob following a lengthy moped pursuit through east and south London.

"Officers began an authorised pursuit of the males in Bethnal Green at 12.48pm, while colleagues from the National Police Air Service provided support.

"The suspect vehicle was driven at speed through east London; the males made their way from Bethnal Green, onto East India Dock Road, then to Tower Hill, where they crossed over Tower Bridge."

"Following a minor collision with a van, the males came off their vehicle and attempted to make off on foot, they were pursued and arrested by police." 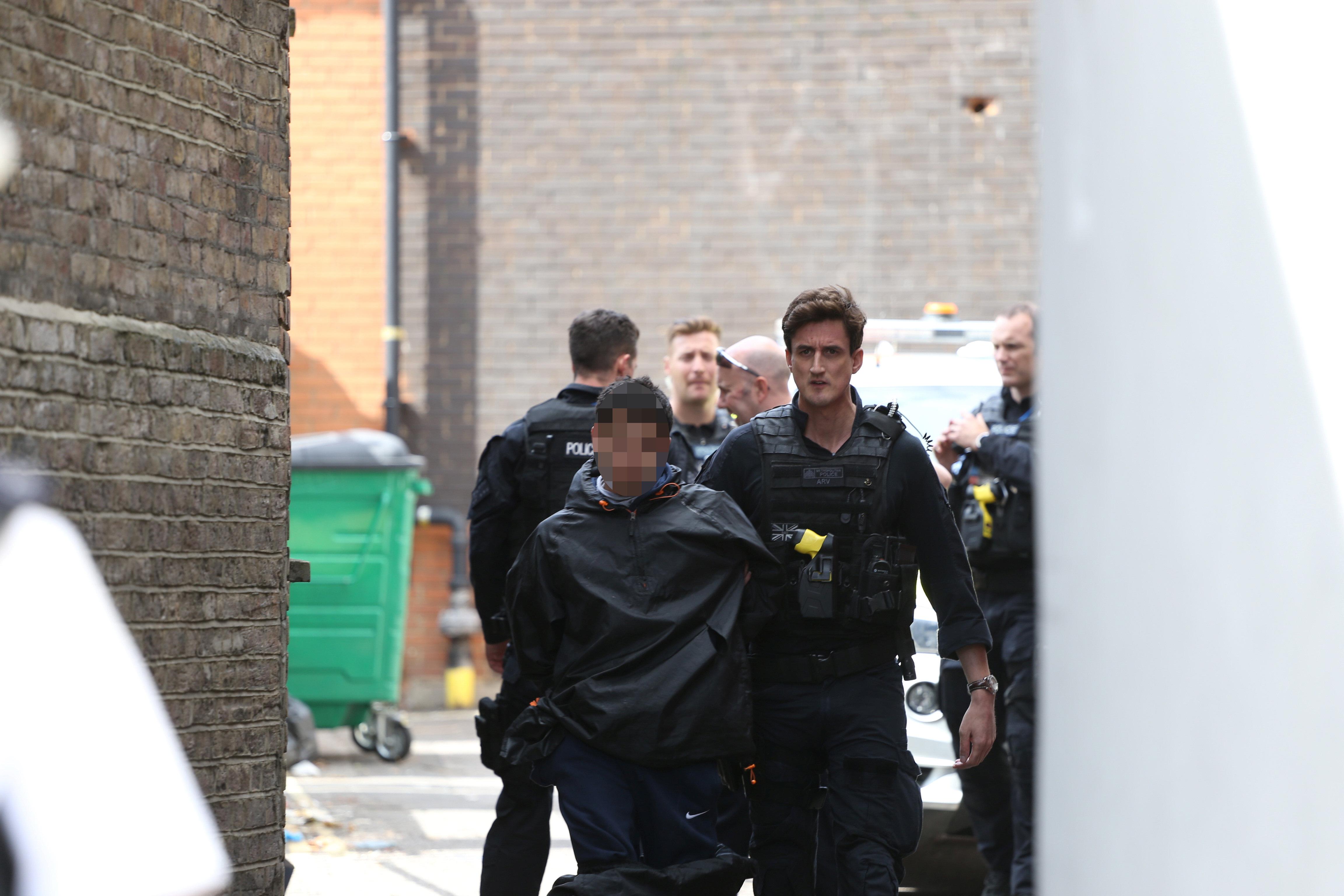 The men were taken to a south London police station on conspiracy to rob and driving offences.

Chief Superintendent Dave Stringer, Head of the Met's Community Engagement, added: "We are working hard to keep the public safe and make the streets hostile territory for criminals who use scooters, mopeds and motorbikes for theft and robbery offences.

"Thanks to the professionalism of our officers, and the support of our colleagues in the National Police Air Service, we have safely arrested two people for a number of offences."