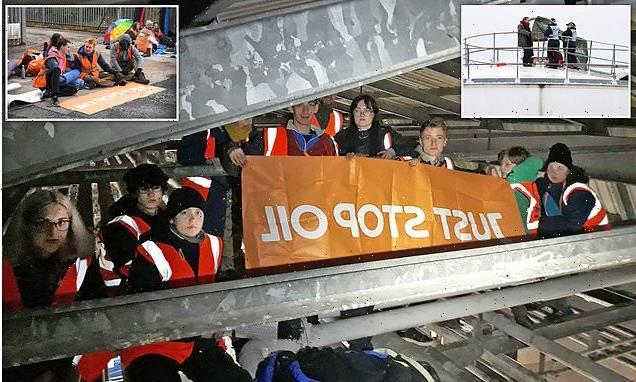 More than 30 people have been arrested and charged after climate activists blockaded an oil terminal for around 60 hours.

Just Stop Oil carried out the action at the Nustar Clydebank facility, in West Dunbartonshire, in support of their demand that the Government ends new oil and gas projects in the UK.

The protest began at about 4am on Tuesday when activists climbed on top of tankers and locked themselves to the entrance, while others entered the oil terminal, where some sat on pipes and some on the silos to halt operations. 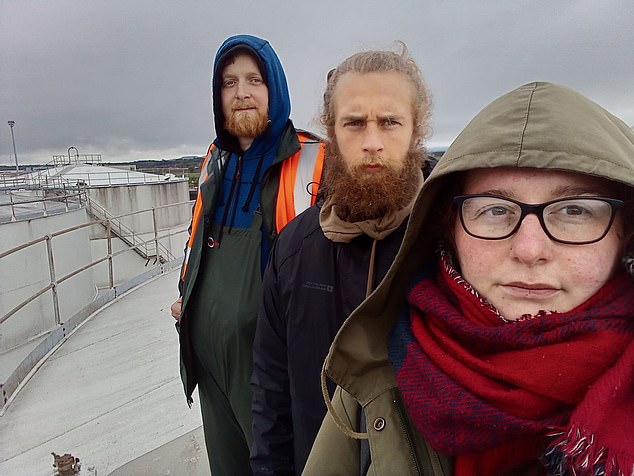 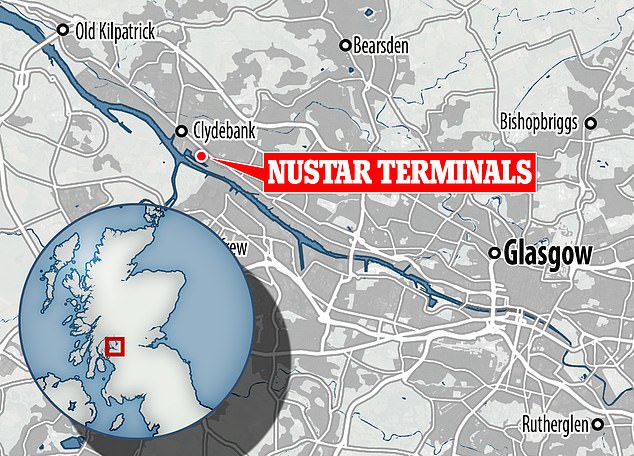 Just Stop Oil said the protesters were there for about 60 hours before the action ended on Thursday, which the group believes is the longest occupation of an oil terminal in the UK.

Police Scotland said 31 people were arrested and charged in connection with a number of offences.

The force said 15 have been charged with breach of the peace and 16 with a contravention of a section of the Criminal Justice and Public Order Act 1994, which relates to trespass and alleged malicious mischief.

Chief Superintendent Lynn Ratcliff said: ‘As a rights-based organisation, Police Scotland puts our values of integrity, fairness, respect and a commitment to upholding human rights at the heart of everything we do. 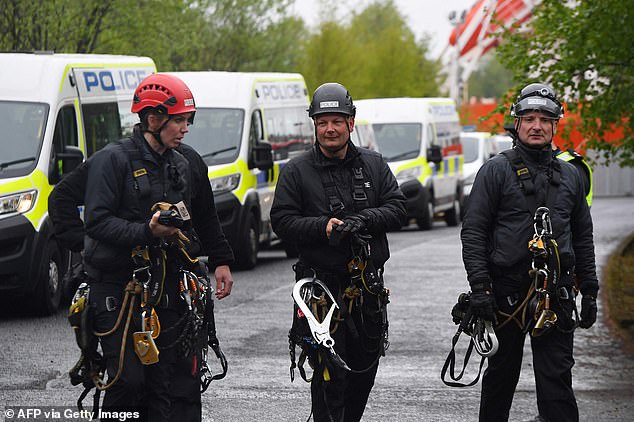 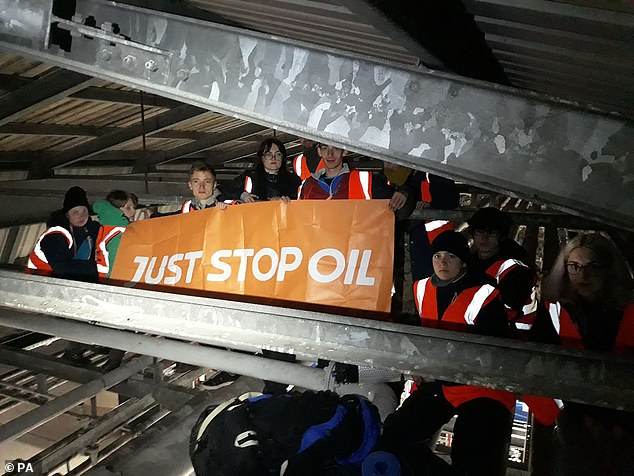 The group said some of its members entered the terminal itself, where 12 protesters were sitting on pipes (pictured) and three were on the silos

‘This means that we will protect the rights of people who wish to peacefully protest or counter-protest, balanced against the rights of the wider community.’

Police said reports will be sent to the procurator fiscal in due course.

It was the first action of its kind in Scotland since the Just Stop Oil coalition began blockading fuel terminals south of the border on April 1, leading to more than 1,000 arrests.

A UK Government spokesman said: ‘We will not bend to the will of activists who naively want to extinguish North Sea oil and gas production.

‘Doing so would put energy security and British jobs at risk, and simply increases foreign imports, whilst not reducing demand.

‘We are committed to a strong North Sea industry as we transition away from expensive fossil fuels over the coming decades, and our recent British Energy Security Strategy sets out a long-term plan to ramp up cheap renewables and nuclear energy.’