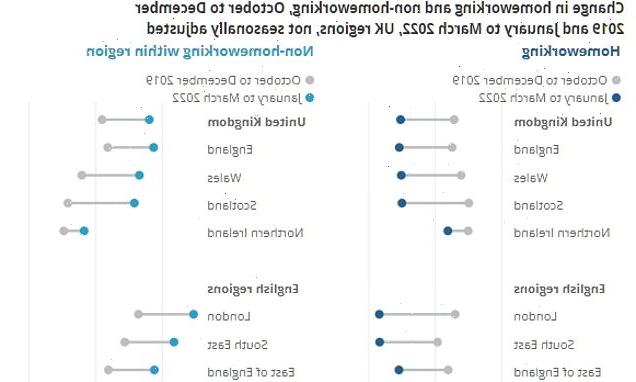 The end of London offices? More than a THIRD of employees in the capital now WFH with 1.4m fewer in workplaces (including lost commuters) after Covid – as Scotland sees largest increase in homeworking

More than one-third (37 per cent) of Londoners were working from home this year as new figures laid bare the impact of Covid on office attendance.

According to the Office for National Statistics, the capital had the highest percentage of homeworkers between January and March.

The ONS figures also revealed the sizeable fall in commuters across the UK following the Covid pandemic.

When compared to October to December 2019, the period between January and March this year saw 629,000 less people (down 26.1 per cent) commute into a different region for work. 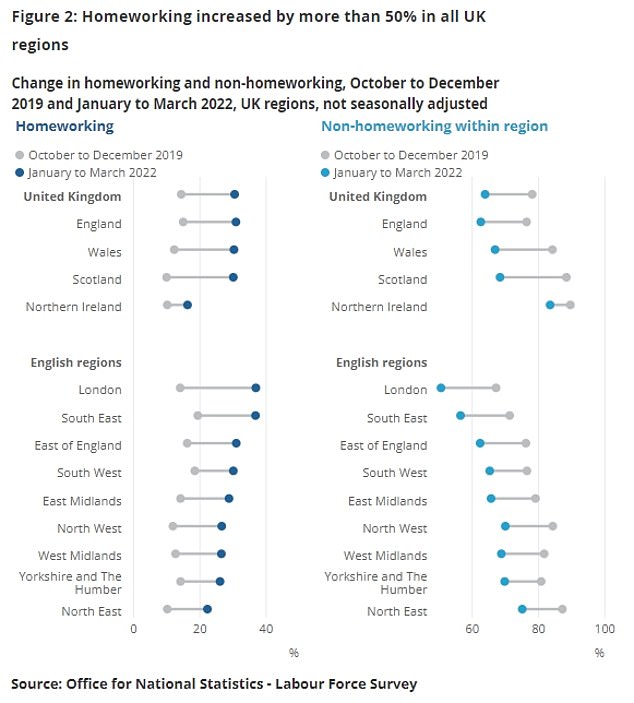 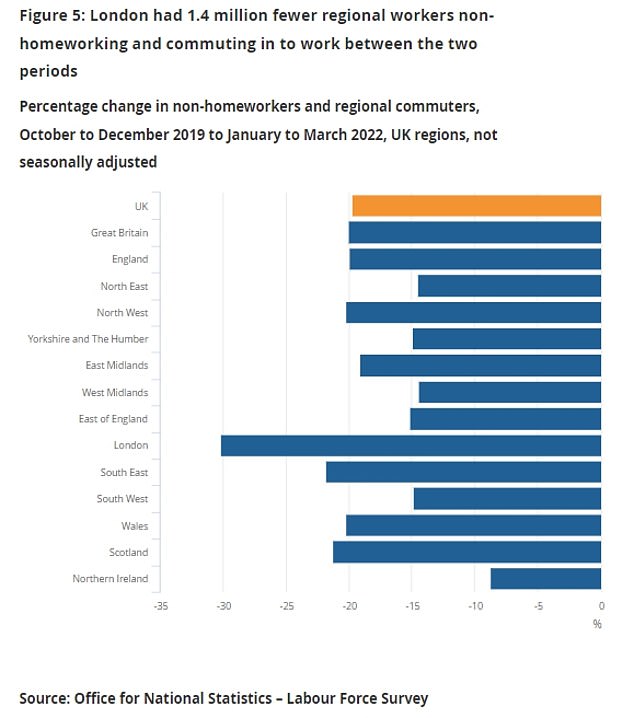 The ONS calculated there were 1.4million less people in London workplaces after Covid (down 30.1 per cent) 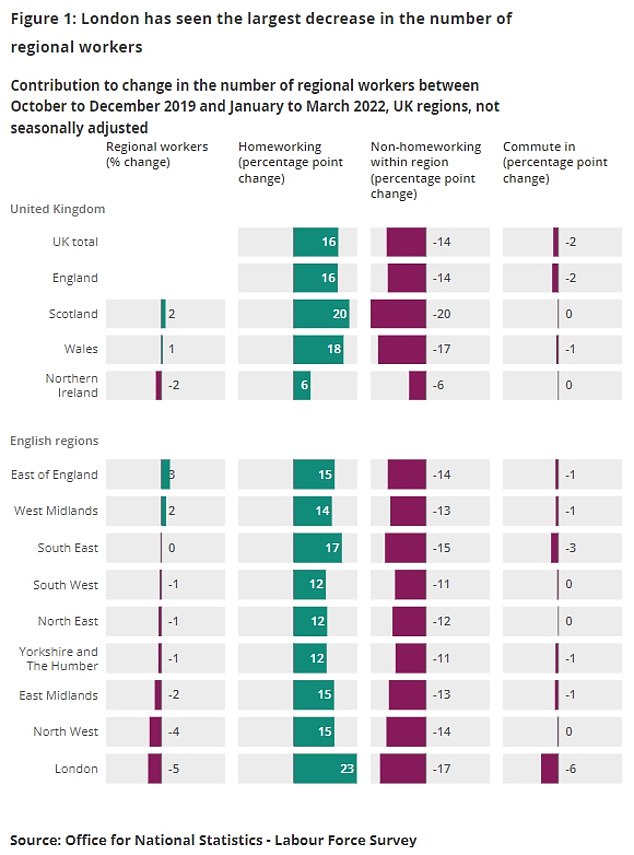 On 19 January this year, Boris Johnson lifted the guidance for people to work from home as the Prime Minster removed the ‘Plan B’ measures put in place due to the Omicron wave of infections.

Scotland also lifted the work from home guidance at this time, although Northern Ireland did not remove advice to work from home where possible until June, and Wales has introduced a strategy to actively encourage remote working.

The total impact of the rise in home-working and loss of commuters between 2019 and 2022 was shown by the ONS calculating there were 1.4million fewer people in London workplaces after Covid (down 30.1 per cent).

Overall, when October to December 2019 was compared to January to March this year, homeworking in the UK had more than doubled and increased by 5.2million workers (108.8 per cent).

The number of homeworkers increased by more than 50 per cent in all UK regions. 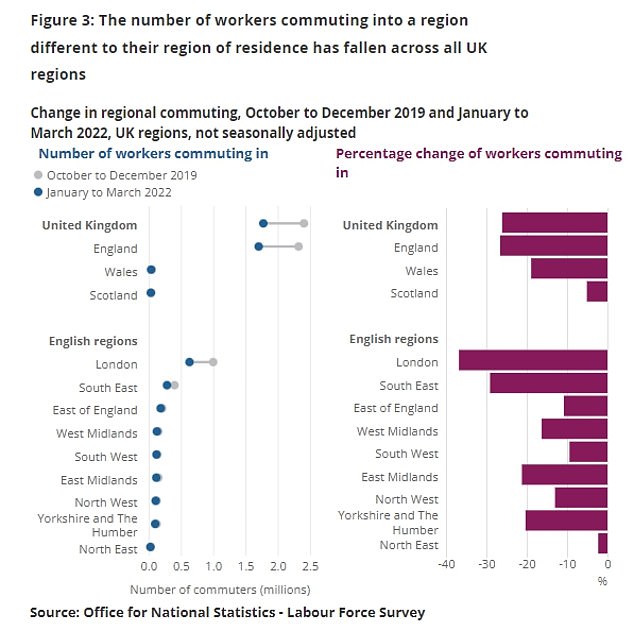 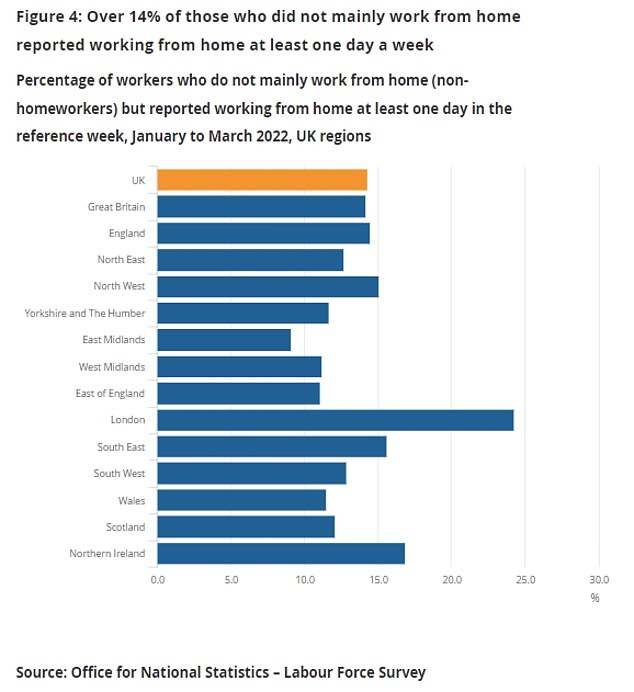 The ONS figures also revealed the rise in flexible working across the UK.

Between January to March, 14.3 per cent of people (2.8million) who did not mainly work from home said they worked from home at least one day a week.