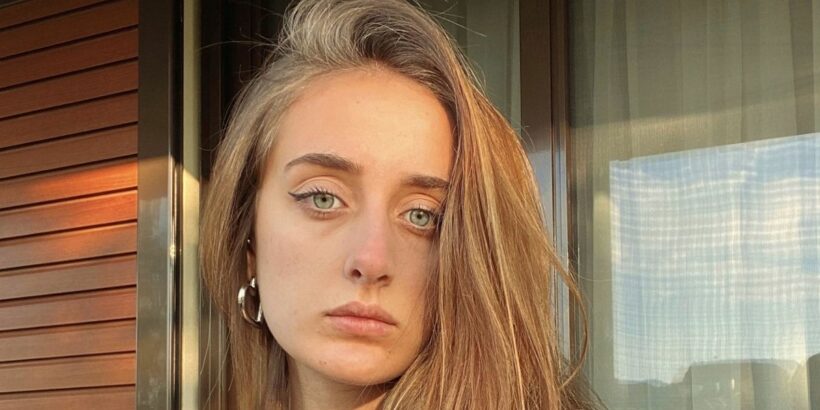 A woman who was liked by thousands of people a week on Tinder has confessed that she met her now-boyfriend offline despite reaching popularity on the app.

Eliana Silver, 21, decided to use the dating app to meet new people after moving from the US to Scotland for university – where she later met her partner.

The student said she never saw herself as someone who was "extremely attractive", so was left stunned when she was ranked one of the "most popular" women on the app in 2019.

She was in the top 30 'swiped right' people in the UK and Ireland that year – making her in the top 14 women within this ranking in a publication.

When the ranking was published, along with a link to Eliana's Tinder profile, this rocketed even more to where 100,000 people were swiping right on her in a week.

"I wanted to see if I could meet someone and it was a way of meeting people to make friends as well because I was completely new, I'd never been to Scotland before," said Eliana.

"The summer after my first year of university, a magazine contacted me about the top 30 swiped right people on Tinder that year.

"At first I thought it was a scam email because I thought there's no way out of all the amazing, beautiful people in the UK that I'm in the top 30 – it was definitely an ego boost."

She went on to say that she was "shocked" because she is "quite picky" and only went on two dates with people from the dating app.

"I've never seen myself as someone who is extremely attractive or interesting enough for people to swipe right on," she added.

Despite her popularity with men on Tinder, Eliana admits that her few dates were unsuccessful as they seemed more interested in casual sex than forming a romantic connection.

"I got asked to be a sugar baby a few times and some people outright asked if I wanted to come over and have sex, it was really creepy," she said.

"My goal was not one night stands like it is for a lot of people and some of my friends, but to meet people and establish connections."

Eliana met her partner of 11-months, Jordan Benson, 21, when she returned to university for her third year last September. They were introduced to each other through mutual friends.

He said: "We definitely clicked well as friends at first and after being friends for a while I just started to feel more of a romantic connection and she did too but we didn't say anything for a while.

"I don't like dating apps. I don't like the idea of looking for people online as you'd look for clothing. I've never used them."

Eliana believes that the best romances come from building a friendship and said establishing a connection works "100 times better" in person.

"You don't have that awkwardness of knowing you're meeting someone to try and be together and the fear of going on a first date," she added.

Have you had a whirlwind romance on a dating app? Contact us with your story at [email protected]