Depraved mother and her secret lover who planned the sexual abuse of her baby son and young daughter over more than 12,000 WhatsApp messages are jailed for a total of almost 50 years

A depraved mother and her lover have been jailed for almost 50 years after they ‘meticulously planned’ to rape her baby son and young daughter.

The pair carried out ‘systematic’ sexual abuse on the two youngsters over a period of four months and planned their twisted crimes over a series of 12,400 WhatsApp messages between each other.

Portsmouth Crown Court heard the mother’s secret boyfriend had a ‘perverted sexual predilection’ for children ‘of the youngest age’. 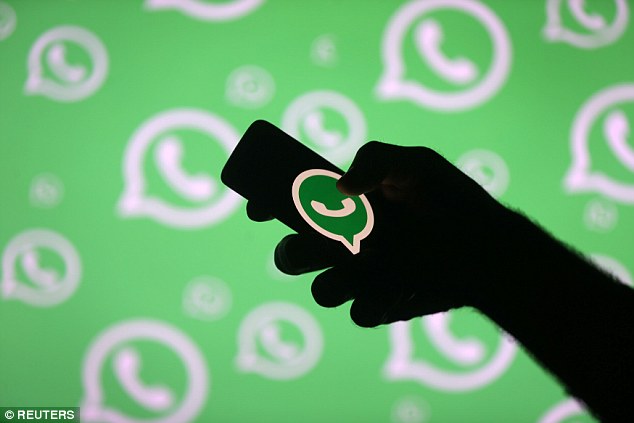 The pair carried out ‘systematic’ sexual abuse on the two youngsters over a period of four months and planned their twisted crimes over a series of 12,400 WhatsApp messages between each other

During one text exchange, the mother, who cannot be named for legal reasons, told her lover she loved ‘pushing boundaries’ with him as they planned the abuse.

It was heard the couple in their 30s escalated the abuse, with the mother ‘force feeding’ her then-five-year-old daughter with a sleeping tablet so it could be carried out.

The horrifying abuse was uncovered when the mother’s disgusted partner – who was not involved – spotted the messages on her phone, the court heard.

Prosecutor Simon Jones told the court police discovered sickening indecent photographs after they were called by the mother’s other half.

It was heard the images were the ‘worst’ an experienced child abuse investigator who led the case had ever seen.

The prosecutor said: ‘This was systematic, routine, regular sexual abuse.’

He added that the pair, both from the Portsmouth area, had even made unsuccessful attempts to rape the young girl after drugging her.

During a trial, which lasted several weeks, the mother claimed she was mentally unwell and led on by her lover, while he denied carrying out the abuse.

Jurors unanimously convicted the pair of two charges of conspiring to rape a child, two of assaulting a child by penetration and one of administering a substance with intent each.

While she was also convicted of five charges of sexual assault of a child. 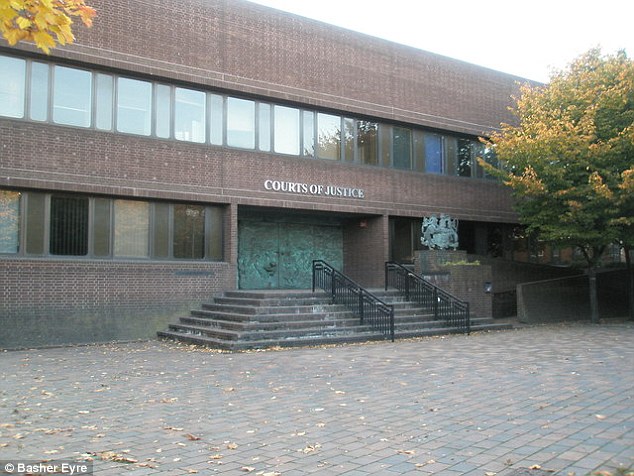 Her loved admitted seven charges of making indecent images and one of making extreme pornographic images.

Judge Timothy Mousley QC jailed the disgusting mother for 22 years and her lover for 25 years with a three-year extension on licence after it was ruled he was a danger to the public.

The judge said: ‘Unsuccessful attempts were made to rape the girl after drugging her.

‘I’m also satisfied that the rapes would have begun within a matter of days if the phone was not found.

‘The rape of each child would not have just been a single rape.

‘Potentially in your case the children would have been the victims of repeated rapes over a protracted period of time.’

Investigating officer DC Maria Sweeney said evidence of the ‘dreadful crimes’ was laid bare in the many messages.

‘Over a number of months both defendants entered into an agreement via a social media messaging service to sexually abuse victims.’