A mother is being investigated by police after allegedly attacking her husband and children in a drunken rage over coronavirus school closures.

Jessica Cambray, from Provo, Utah in the US, was arrested on suspicion of two counts of child abuse, intoxication and domestic violence in the presence of a child, according to Deseret News.

Police were called to the family home, where the couple live with their three sons, two aged 12 and one aged nine, after a row over the Covid-19 outbreak erupted just after midnight on Wednesday. 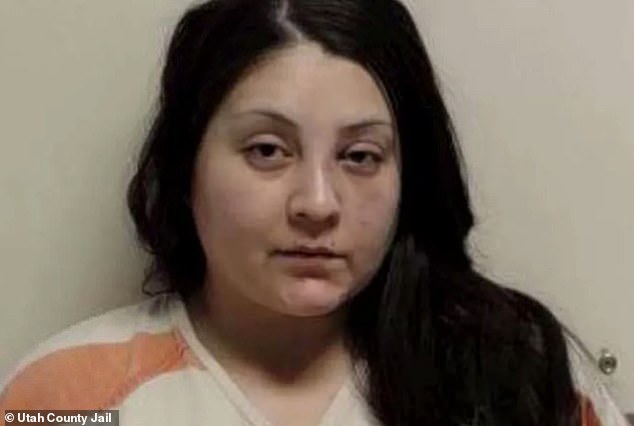 Jessica Cambray, pictured, is accused of pushing and choking her husband, kicking one of her children and twisting the arm of another who tried to help their father following the incident in Provo, Utah on Wednesday

The 36-year-old is said to have pushed her husband and was then ‘choking’ him, the children told police, before allegedly kicking one of the boys and twisting the arm of another who tried to help their father.

Cambray, who was convicted of domestic violence in 2007 and 2011, told officers she slapped her husband in the throat with an open hand.

An affidavit read: ‘She was upset about her children’s school circumstances in regards to the coronavirus.

‘The father and three children were spending time together in the boys’ bedroom.

‘Jessica came into the room after on-and-off verbal arguments and began pushing her husband.’