A grieving mother has blasted an alleged thief she says forced his way into her family home to rummage through her dead son’s belongings.

Stacey Webb branded the suited man a ‘disgusting b******’ and claimed he broke into her Stockport house and entered the child’s bedroom for the first time since he died.

She explained that since her son died in March this year, nobody had touched his belongings.

But she reported returning to the house to find that somebody had rifled through them yesterday.

She says the ‘scumbag’ knocked on the door of the property in Greater Manchester up to six times to check that it was empty.

The video – which has been viewed more than a million times since being uploaded yesterday – show the smartly dressed man don black gloves as he sits in a chair by the back door.

Ms Webb says he smashed through the glass and images of the door afterwards show shards all over her floor.

He is alleged to have made off with jewellery, exiting through the front door of the building at about 2.30pm.

Posting on Facebook yesterday, Ms Webb said that the man had pulled her house to pieces.

She wrote: ‘Today at 14:10pm on Bramhall Lane South, Stockport this scumbag broke into my house. 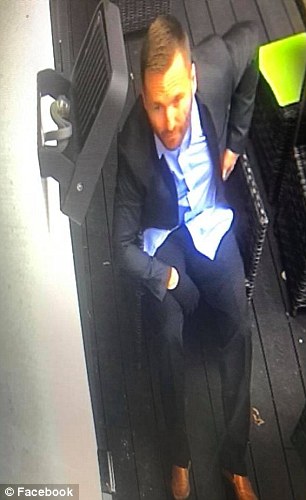 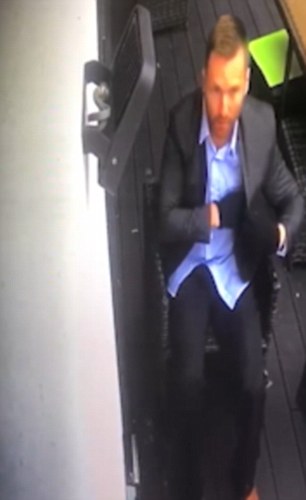 ‘He knocked on my front door 5/6 times before realising nobody was home. He then climbed over the side gate and pulled up a chair in the back garden before smashing the window and letting himself into my house.

‘He’s pulled the house to pieces searching for valuables to take. As some of you know, I lost my son in March – and nobody has touched his bedroom for the last 5 months. 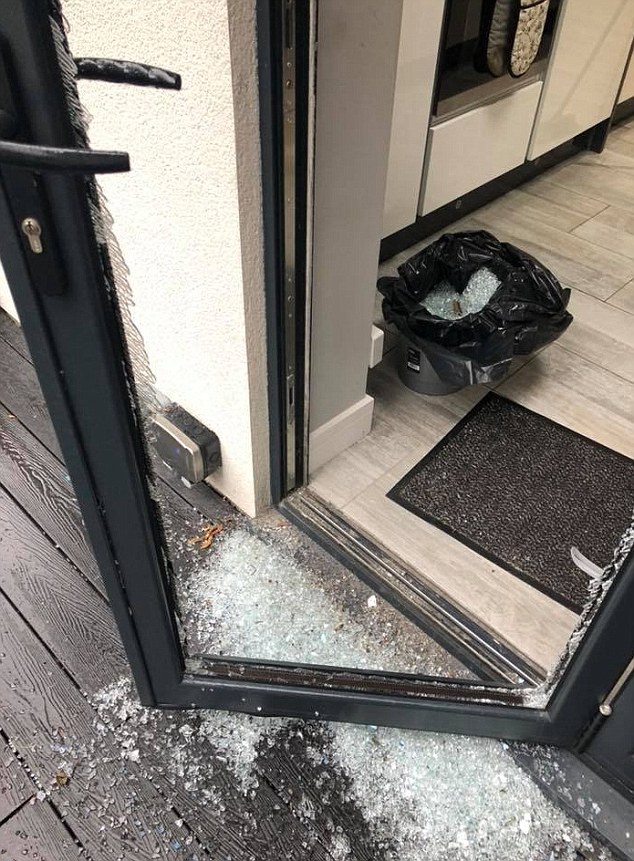 ‘This disgusting b****** has been into my son’s bedroom and rummaged through all his belongings.

‘We intended for my son’s bedroom to stay exactly the way he left it, the man who broke into my house has taken that from us. He stole some jewellery and some other valuable items.

‘He then left the house through MY front door at 14:32pm. He must have thought wearing a suit he’d get away with it.

‘Luckily, the idiot’s face is clear as day and he is wearing bright orange shoes, PLEASE share and help us find this scumbag!!!!!!!’