‘I’m burning, I’m burning’: Mother-of-two in her 30s is found with horrendous burns after being set alight in house fire horror that also left a man badly hurt

A mother-of-two suffered ‘life-threatening’ burn injuries after a house fire left her skin ‘peeling off’ in a blaze that also injured a man.

Horrified witnesses said they saw a ‘woman on fire’ as she screamed ‘I’m burning’ in Middlesbrough, North Yorkshire, this afternoon.

They rushed to wrap the woman – aged in her thirties – in towels and cling film and say a man caught fire as he tried to pat her down. 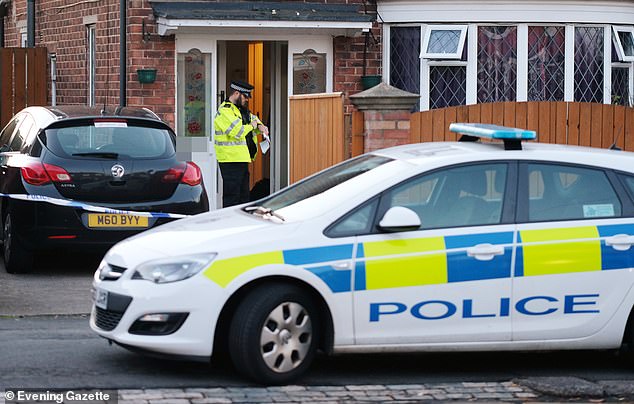 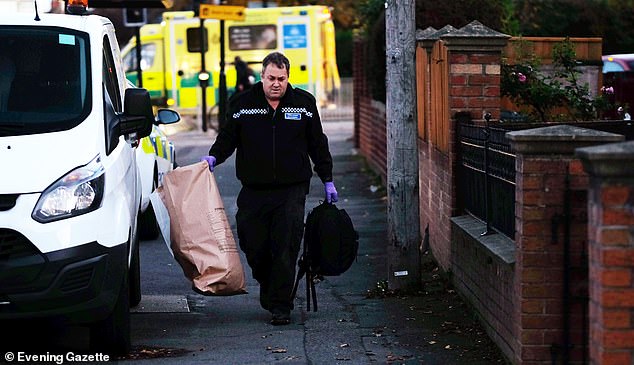 The woman suffered ‘life-threatening’ burns in the North Yorkshire fire today (pictured, an officer at the scene)

One neighbour said: ‘The woman was in a state, she was burnt, her skin was peeling off. His hands were burnt, the door was open and there were patches of little fires.

‘She was in absolute agony. We wrapped her in cling film, there was a petrol can on fire behind the gate.

‘She has severe full body burns. We think her husband tried to pat her down. We wrapped his hands in cling film too. 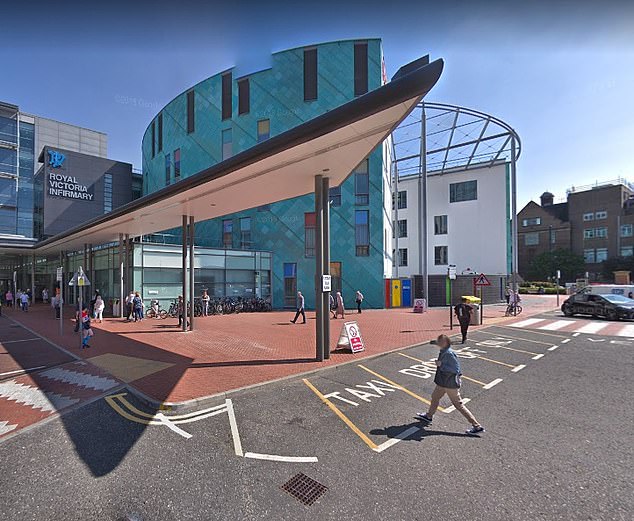 Another neighbour, who didn’t want to be named, said the woman was shouting ‘I’m burning, I’m burning’.

One woman who lives nearby said: ‘I just saw the woman after. The fire had gone out but she was all burnt. Her hair was all burnt, she was sort of in shock. I think her husband’s hands were burnt as well.’

Another neighbour described it as ‘a really bad incident’, adding: ‘We are very, very upset.’

The female victim was taken to hospital, as was the male, who suffered less serious burns.

Police officers, their vans and fire engines surrounded the property, where a cordon remains in place.

A Cleveland Police spokesman said they were called out at 12.40pm and left at about 4.30pm.

‘On arrival, a woman had suffered life-threatening burn injuries and she was taken to James Cook University Hospital and then transferred to the RVI Hospital in Newcastle.

‘A man had also suffered serious burn injuries which are not life-threatening and he is being treated at James Cook University Hospital. Inquiries are currently ongoing to determine the cause of the injuries.’