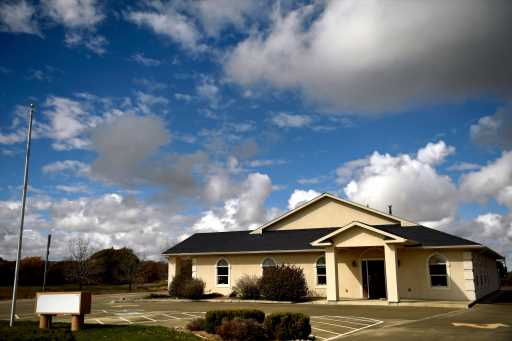 Koch was set to stand trial next month in federal court on a host of felony charges related to the Sunset Mesa Funeral Directors in Montrose.

A June 22 motion in U.S. District Court says Koch and federal prosecutors have reached an agreement to avoid trial. The news comes two weeks after her daughter, Megan Hess, agreed to a similar plea deal.

Koch and Hess plan to both plead guilty to one count of mail fraud, the U.S. Attorney’s Office in Colorado told victims in an email, which was reviewed by The Denver Post. In exchange, federal authorities agreed to drop the remaining charges for the pair.

Neither Koch nor her attorney could be reached for comment Wednesday. Representatives with the U.S. Attorney’s Office could not be reached.

Koch will not request a prison sentence lower than 63 months (roughly 5 years), prosecutors said in the letter, and the government will not seek a stint longer than 78 months (6 1/2 years) — though a judge ultimately has the final say.

Hess and federal prosecutors did not reach an agreement on sentence recommendations, the letter states. She and her mother face a maximum of 20 years in federal prison.

A federal grand jury in March 2020 indicted Hess and Koch on six counts of mail fraud and three counts of illegal transportation of hazardous materials.

Authorities alleged the pair would offer to cremate bodies for families and provide them their remains. But many of these cremations never happened. Instead, prosecutors alleged Koch and Hess sold parts of bodies — or entire bodies — to companies around the globe for a significant profit.

Some of these bodies or body parts belonged to people who had died from infectious diseases, including HIV, authorities alleged.

Koch, in multiple interviews with law enforcement after the FBI raided their business in 2018, said her daughter was the “brains” behind the operation, according to interview transcripts filed in previous court motions.

She allegedly told investigators that the funeral home did not keep proper records and that cremated remains would be mixed because it was “‘too hard’ to keep things separate,” Hess’ attorney wrote in a March motion.

An ex-employee of Sunset Mesa told Reuters in 2018 that she saw Koch collect gold teeth from corpses — and later used that money to fund a family vacation to Disneyland.

The Reuters investigation found the Montrose operation to be the only one in the country to house a funeral home, a crematorium and a body broker shop all at the same location. None of that was illegal at the time.

The case prompted state lawmakers to pass several new laws aimed at regulating an industry that has long operated in the shadows.