Mother shares heart-breaking photograph of her son, 14, in intensive care after taking MDMA as she slams the friends who ‘left him to die on a cold wet pavement’

A mother has shared a heartbreaking photograph of her 14-year-old son who ended up in hospital after being given a bag of what was believed to be MDMA by a group of friends- who then left him on the cold wet pavement.

Louise Jellicoe, from the Wirral, in northwest England, has made a plea on social media warning other parents to be aware after a bag of drugs put Ollie in intensive care and ‘nearly cost my son his life.’

In a post on Facebook, she added that the friends who gave it to Ollie had ‘left him to die on a cold wet pavement when it started to get serious’. 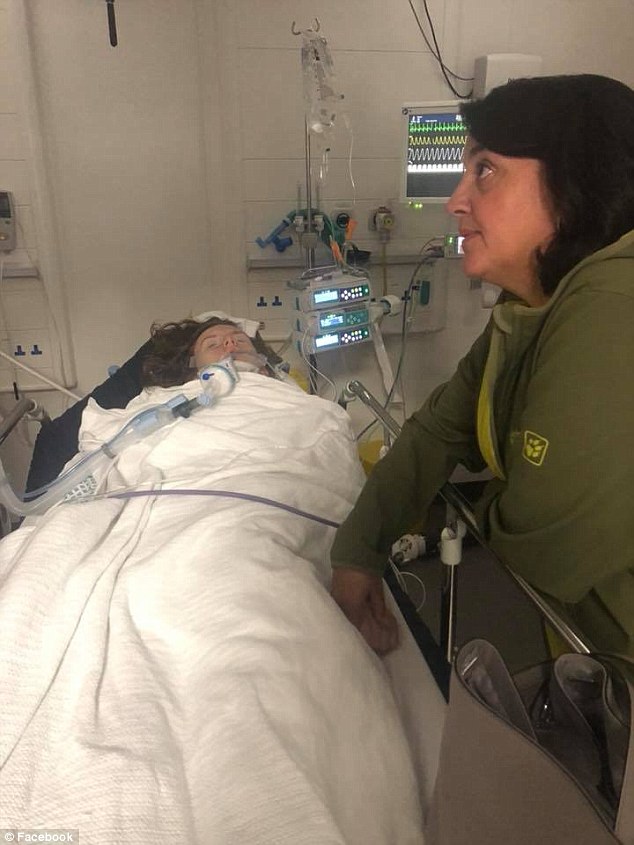 Louise Jellicoe, with her son Ollie, in intensive care in hospital, after being given a bag of MDMA by friends 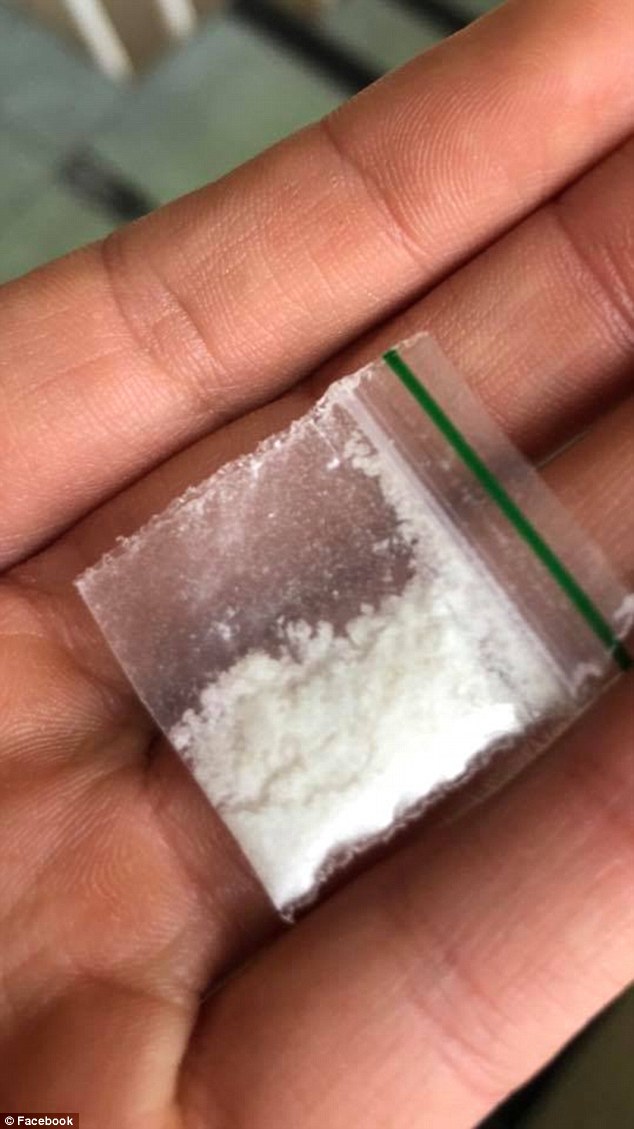 His parents say he is lucky to be alive after taking a hit of the drug which only cost £10 and his mother has warned other parents of a rising trend of teenagers taking easy to obtain drugs across the country as a much more dangerous alternative to alcohol.

She said: ‘Cheaper than alcohol and far too easy to get hold of. It’s on every street and I’ve only just found out that most kids are taking it. They don’t even bother trying to get alcohol now, if they do it’s a ‘bonus’,’ she said.

She added: ‘Well this lovely little bag of white that cost around a tenner nearly cost my son his life.

‘My son who turned 14 at the beginning of the month, who I’d never have even thought would even consider being so stupid.

‘My son who went out with ‘friends’ – friends of which left him to die on a cold wet pavement all alone when it started to get serious.

‘I received a phone call from a stranger who had used his phone to call me, a lovely lady called Jane who had been driving past and saw my baby boy convulsing so severely he’s lucky he didn’t crack his skull.

‘It took several grown adults to pin him down to prevent injury whilst keeping his airways clear and fetching blankets and duvets until I could get there.

‘I watched him as he turned blue in the back of the ambulance, I watched as he was put to sleep in intensive care to prevent any further damage, I watched as machines had to do his breathing for him.

‘I watched the look of desperation on my mum’s face, pleading with the doctors to tell her her grandson would live. 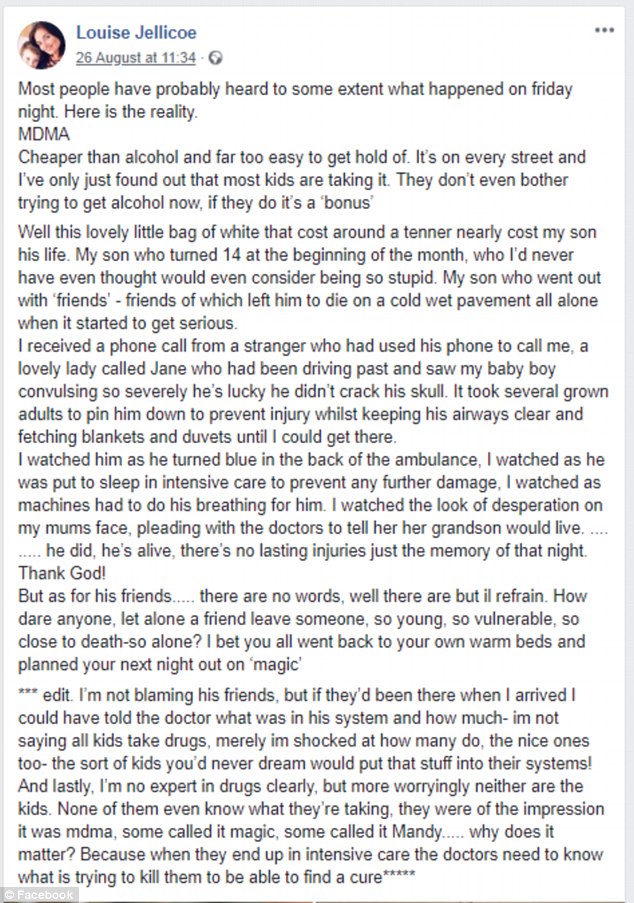 ‘He did. He’s alive. There’s no lasting injuries just the memory of that night. Thank God!

‘But as for his friends….. there are no words, well there are but I will refrain. How dare anyone, let alone a friend leave someone, so young, so vulnerable, so close to death – so alone? I bet you all went back to your own warm beds and planned your next night out on ‘magic’.

‘I’m not blaming his friends, but if they’d been there when I arrived I could have told the doctor what was in his system and how much.. I’m not saying all kids take drugs, merely I’m shocked at how many do, the nice ones too – the sort of kids you’d never dream would put that stuff into their systems!

‘And lastly, I’m no expert in drugs clearly, but more worryingly neither are the kids.

‘Because when they end up in intensive care the doctors need to know what is trying to kill them to be able to find a cure.’

She shared her story online on Facebook and it has been shared 64,000 times since being posted on Sunday.

A number of parents have commented and shared the post about Louise’s son’s near-death experience.

Ecstasy (also known by its chemical name, MDMA) is often seen as the original designer drug because of its high profile links to dance music culture in the late 80s and early 90s.

The main effects and risks of ecstasy in the short term can include  feeling anxious or getting panic attacks, and developing confused episodes, paranoia or even psychosis.