Womb with a BOO! Shocked mother-to-be spots the ghostly face of her ‘dead grandmother’ looming over her baby during an ultrasound scan

A pregnant woman has said she has seen the face of her grandmother in a scan of her unborn baby.

Stephanie Jackson’s gran died 14 years ago but said she had been ‘praying’ to her for a baby because she wasn’t sure if she and her partner would be able to have children.

The 32-year-old from om Knowsley Village, Merseyside, went for an 18 week scan and was told her baby boy, who is due in July, was healthy. 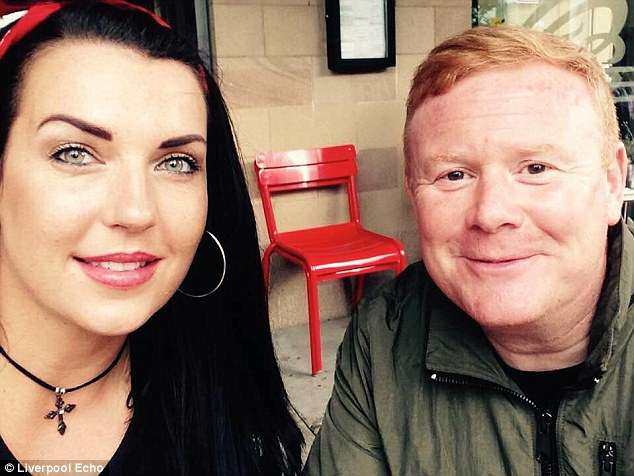 But Stephanie said her mother noticed the ‘face’ of her grandmother hovering just above the baby’s head, the Liverpool Echo reported.

Her partner Michael Davies had a vasectomy before the pair met but since he had the procedure reversed last year, has been praying to her grandmother to give the couple a baby.

‘I only got [the scan] done yesterday and didn’t even see it. It was my mum who pointed it out to me. When I saw it I was like “oh my God!”

‘She said ‘there’s your nan’ and I was so happy. I recognised her instantly. I’ve been crying since yesterday. It has made me dead emotional. We lost her 14 years ago. 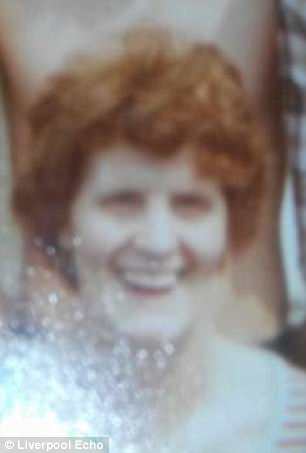 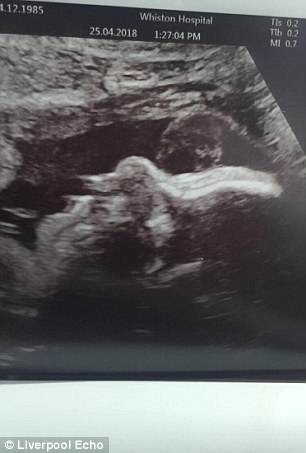 ‘I’ve not stopped crying. It’s just amazing. I’m happy and dead positive to know 14 years on she’s still around us.’

Stephanie, who is expecting her first child with council worker Michael, said she believed her grandmother is ‘looking down on me, 100 per cent’.

At the recent funeral of her uncle she said feel everyone in her family could feel ‘her nan around them’  and ‘everyone was touching my bump and saying this and there she was’.

‘I believe this is her way of saying everything will be OK as I have been extremely worried during this pregnancy and to let us know she is still around,’ said Stephanie.

Her partner is less sure, though, revealed Stephanie, who said: ‘He said he can barely make something out.’