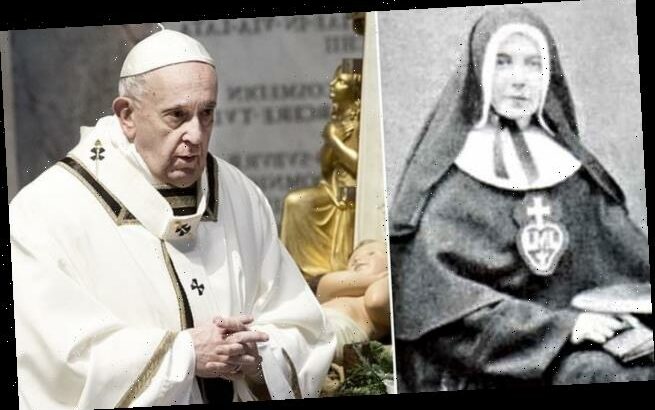 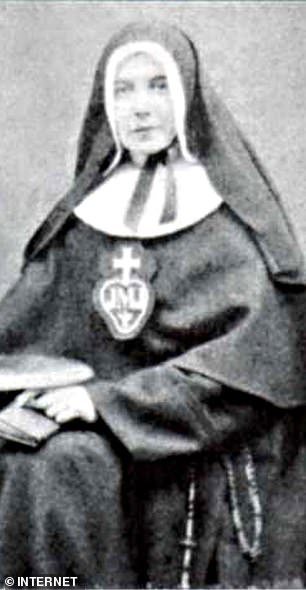 A Victorian nun known as ‘the Mother Teresa of Manchester’ is on course to become Britain’s second saint of modern times as the Pope approves her for the title of ‘venerable’.

Elizabeth Prout, who died 155 years ago, has been hailed by Vatican theologians as a figure who lived a life of ‘heroic virtue’.

Now the nun has taken another key step on the road to canonisation, as a Vatican bulletin announced yesterday that the Pope had approved Mother Elizabeth for the title of ‘venerable’.

She is remembered as an activist who opened a chain of schools for poor children and homes for destitute women across the industrialised North West, and is considered to have been ahead of her time in teaching women skills to earn their own living.

Her cause for sainthood was submitted to the Vatican in 2008 for scrutiny by theologians.

The nun has now passed stage three of five on the path to becoming a saint, from this point church authorities will begin the search for evidence of two miracles linked to her name, the final hurdle to be crossed in order to achieve sainthood.

Sister Dominic Savio Hamer, Elizabeth’s biographer and a member of the order of nuns she founded, the Passionist Sisters, said Elizabeth was practical, generous and self-sacrificing. 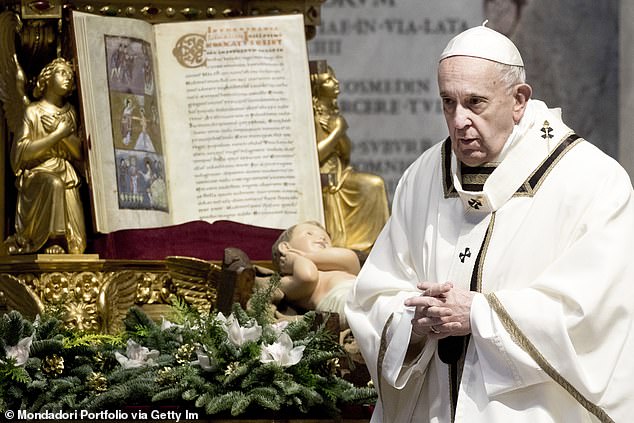 Pictured: Pope Francis celebrates Holy Mass on the occasion of the Solemnity of the Epiphany of the Lord at the Altar of the Fatherland of St. Peter’s Basilica. Vatican City, January 6, 2021

She was born into an Anglican family in Shrewsbury in 1820, but converted to the Catholic faith in her early twenties. At the age of 28 she became a nun and a few years later was given a teaching post in some of the poorest areas of industrial Manchester.

She developed a reputation for tireless efforts in teaching, sheltering, feeding and nursing the needy and opened a chain of schools and hostels across the most poverty-stricken parts of the region.

Elizabeth started a religious community, which ran into criticism from both within and outside the Catholic fold for alleged revolutionary ideas – which included requiring nuns to earn their own wages to support themselves, and teaching other women how to do the same. 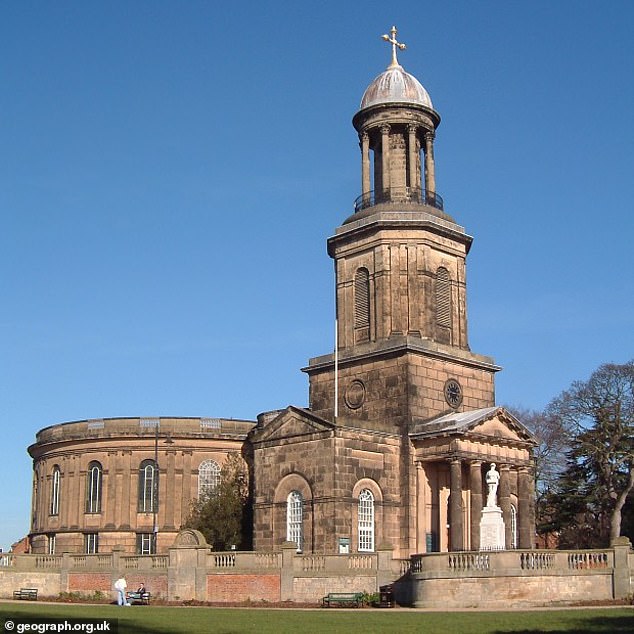 Elizabeth started a religious community, which ran into criticism from both within and outside the Catholic fold. Pictured: Elizabeth Prout was linked to St Chad’s Church, Shrewsbury

The order was cleared of wrongdoing and approved by the Vatican in 1863. Mother Elizabeth died of tuberculosis in St Helens, Lancashire, in 1864.

The Diocese of Shrewsbury will commemorate the bicentenary of her birth this year in her home town with a pilgrimage in her honour.

The Right Reverend Mark Davies, the Bishop of Shrewsbury, said: ‘Elizabeth saw the great human and spiritual crisis of her time and responded by dedicating her life with courageous faith and perseverance.’

Her canonisation would mean she will become the first English female saint since Margaret Clitherow, Anne Line and Margaret Ward, canonised by Pope St Paul VI in 1970.

The three women were executed during the religious strife of the reign of Elizabeth I, and were among 40 Catholic martyrs of the Reformation from England and Wales to be canonised. However Elizabeth would be the first modern woman saint.

How does a person become a Catholic Saint?

The process to become a saint is long and arduous.

Usually someone must wait at least five years after their death before they are considered for Sainthood, although this can be waived by the Pope.

The rationale is the ‘five year rule’ acts as cooling off period allowing a person’s case to be evaluated objectively.

This has been waived in the process of some, Mother Teresa died in 1997 and the process to her Sainthood began in 1999, and Pope Benedict XVI set aside the waiting period for his predecessor, John Paul II.

However others, such as Saint Bede, had to wait 1,164 years after his death before he became a saint.

The second step is to ‘become a servant of God’.

Once the five years have passed, the bishop of the diocese where the person died can open up an investigation into the individual’s life and decides if they are sufficiently holy to be put forward for sainthood.

Evidence in then gathered on the person, including witness accounts of how the person acted during their life.

If enough evidence if gathered, the bishop then asks the Congregation for the Causes of Saints to make a recommendation to the Pope for permission to open the case.

As soon as the case is accepted for consideration, the individual is called a ‘servant of God.’

Once this happens, proof of a life of ‘heroic virtue’ needs to be shown.

The Congregation for the Causes of Saints will look over evidence of the deceased.

If this is approved, the case is then passed to the Pope.

It is then up to the Pope to decide if that the person lived a life of ‘heroic virtue’ and become ‘venerable’.

The next stage is beatification.

For an individual to achieve beatification they need to have a miracle attributed to prayers made to them after their death.

If the prayers have been granted, they are used to prove that the deceased is in prison and therefore able to interceded with God on the behalf of those on earth.

However, the miracle requirement is waived in the case of a martyr – someone who died for their faith.

Once they’ve been beatified, the candidate is then given the title ‘blessed’.

The final step to sainthood is Canonisation.

To reach this stage, they need a second miracle attributed to prayers made to them after they’ve been beatified.

Martyrs, however, only need one verified miracle, post-beatification, to become a saint.