A mother has spoken of her heartbreak after her father died unexpectedly from a brain haemorrhage just months after she was told to enjoy her 11-month-old baby son ‘while she can.’

Steph Sutcliffe, from Aintree, told how her father Stephen, 59, died two weeks ago, after falling from the top of the stairs and suffering a brain haemorrhage.

Just months before the devastated mother-of-two was told to enjoy her youngest son Kain, who can have up to 100 siezures a day, is registered blind and has no use of his arms, legs or body, as his ‘condition is constantly deteriorating.’ 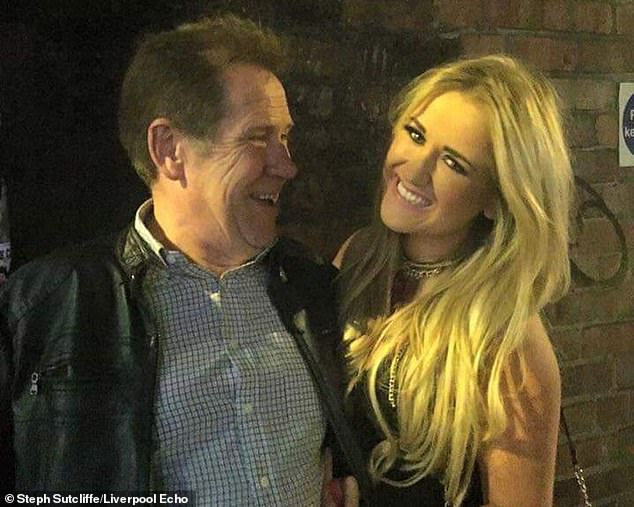 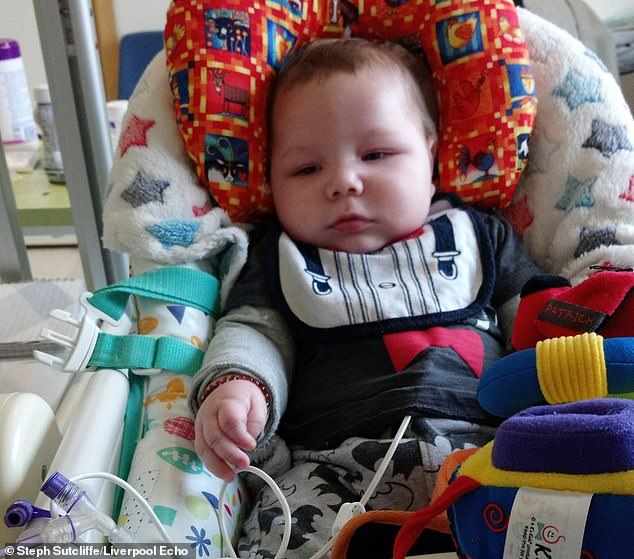 The mother-of-two was recently told to ‘enjoy her baby’ son Kain, who can have up to 100 seizures a day, while she can as his condition is constantly deteriorating

Speaking about her father, the 29-year-old said: ‘He was at home, he was fine and was with us in the day.

‘At 1am the following morning we were told to go to Aintree because he had hit his head, and they kept him on life support until my brother got there to say his goodbyes.

‘We’re not sure if he fell down the stairs by accident, or if he had a stroke. But by the time he got to Aintree, he was in an unrecoverable state and had sustained brain damage.’

Steph then discovered that her dad did not have life insurance, meaning that she had to contribute towards the funeral costs.

The mother, to 10-year-old Rueben and 11 month old Kain, was left with no choice but to spend the money she had saved for her sons’ Christmas presents.

This blow comes just months after Steph and her 28-year-old partner, Lucas  Tiesteel, were given the tragic news that Kain had a life-threatening and life-limiting condition called West syndrome. 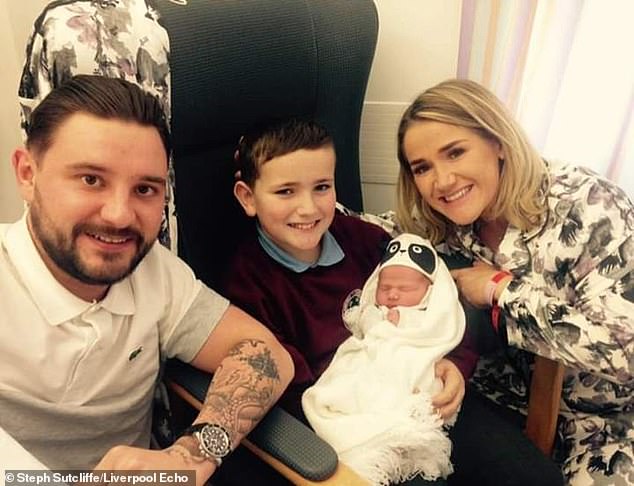 The 11 month old baby has now been registered blind and has no use of his arms, legs or body, and his family have been told ‘to just enjoy him.’

He has spent most of his life in and out of Alder Hey Hospital receiving treatment, and has up to 100 seizures each day.

Steph said: ‘Out of the 11 months he has been alive, he has been in the hospital five and a half months between two admissions.’

The mum added: ‘My labour was perfect, my pregnancy was perfect and he was perfect until we started to notice small signs like not smiling, holding his head up or moving around.

‘He was diagnosed quickly and it was so scary, it was hard to get our head around how serious it was. His seizures can last 30 seconds or up to an hour.’

Steph, who was a radiographer at Walton Centre, and Lucas, who used to be a welder, have given up their careers to become full-time carers for their children. 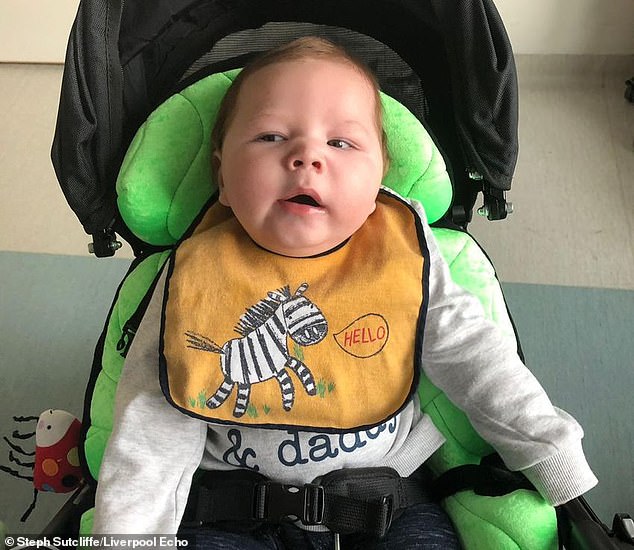 Eleven-month-old Kain has been registered blind and has no use of his arms, legs or body

The mum-of-two was the first to give up work, but Lucas soon followed as Kain’s condition is worsening and additional care was needed.

She said: ‘It’s been hard for us as a family, Kain can have anything from 40 to 100 seizures per day.

‘He needs medication four times a day, and physio and needs to be fed through a tube in his stomach.

‘Me and Lucas take turns to sleep at the hospital, while the other one is at home with Rueben.’

As both of the parents stopped working earlier this year to care for their son, they admit that it has led to financial difficulties.

The 29-year-old explained: ‘There is a cross over from having two big incomes to being out of work and having to rely on the council for help.

‘Kain’s condition is constantly deteriorating and it’s not going to to get better.

‘We have been told to enjoy the time we have with him. They can’t tell us if he will be with us for 10 weeks or 10 years – they just don’t know.’

Because of this, the family are keen to spend as much time and make as many memories with Kain while they can.

In order to enable the 11 month old boy to leave hospital more often, more equipment is needed to accommodate him at home.

Because of this, the local community have launched a fundraising page on Facebook to help contribute to the costs, and more than £1,500 has been raised so far.

A fundraising event was also held at the Valentine Pub in Aintree and all money raised will be used to purchase equipment for Kain, to enable him to come home, and the family hope they will even get to go on a short holiday in the UK.

A percentage of money raised will also be donated to Alder Hey Children’s Hospital.