‘Stop it, she’s already dead!’: Mother’s horror as policeman ‘TASERS pet dog Narla to death after she barked at him – then refuses to stop stunning US bulldog as she’s lifeless on ground’

A mother has told of her horror after a policeman allegedly Tasered her dog to death after she barked at him.

Terrasa Bolton claims her American bulldog Narla was killed needlessly after the pet ran over to eight officers as they arrived at her home to arrest her partner.

The 29-year-old even claims the male officer continued to Taser the ‘friendly and loving’ dog as she lay lifeless on the floor. 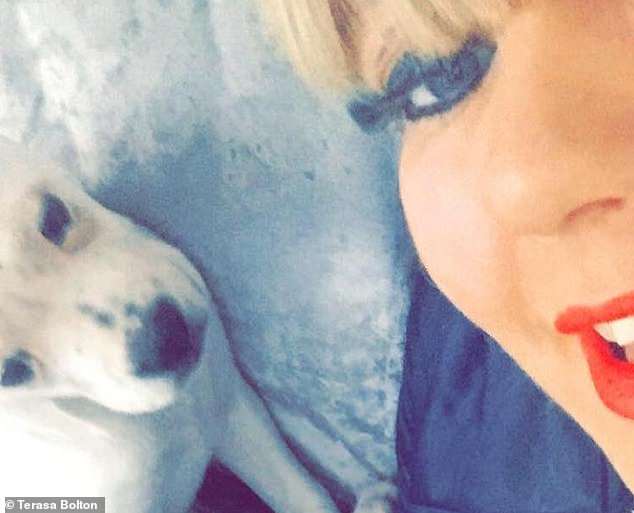 Care worker Ms Bolton said another officer then made her a cup of tea, before adding remorsefully: ‘We can’t bring the dog back.’

The mother-of-two told The Sun: ‘I told a woman police officer Narla wasn’t aggressive. But Narla started barking and the next thing I heard was a yelp.

‘She’d been Tasered and was lying on the floor… I was shouting “stop it please, she’s already dead”. He wouldn’t stop.’

Ms Bolton has made an official complaint to West Yorkshire Police, which described the dog as ‘dangerously out of control’.

‘The use of Taser was reviewed and deemed to be legitimate and proportionate,’ a spokesman said.

Ms Bolton’s boyfriend, Ethan Piotrowski, 24, was charged with domestic violence in relation to an ex-girlfriend. 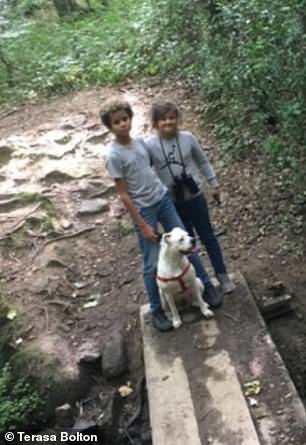 In November 2010, another American bulldog died from being shot with a Taser in the Hampshire seaside town of Lee-on-the-Solent.

The dog went berserk and bit a 30-year-old woman as she walked along the seafront promenade.

Officers chased it away with dog poles but could not calm it down and were forced to shoot it with the Taser, which can discharge up to 50,000 volts.

The electric shock subdued the dog but it later died on the way to the vets, where it was due to be put down.

Earlier this year, a disturbing video was released by police in the US state of Utah showing another similar incident.

In this case, officers were responding to a domestic dispute when they found the dog running around in the front yard.

With the dog’s owner refusing to restrain it, the animal ran wild for several minutes before biting one of the officers.

It was shot while bolting towards another policeman, after which it doubled up in pain and was seized by another officer. It survived but was later put down.