A mother was left horrified after a stranger allegedly tried to abduct her two-year-old son at a Costa Coffee shop.

The man was said to have opened the door to the branch in York opposite the city’s Museum Gardens and tried to get the boy to go with him.

The mother grabbed her son and took him back to the table – before a witness told her the man had earlier been outside the window, beckoning her son to leave. 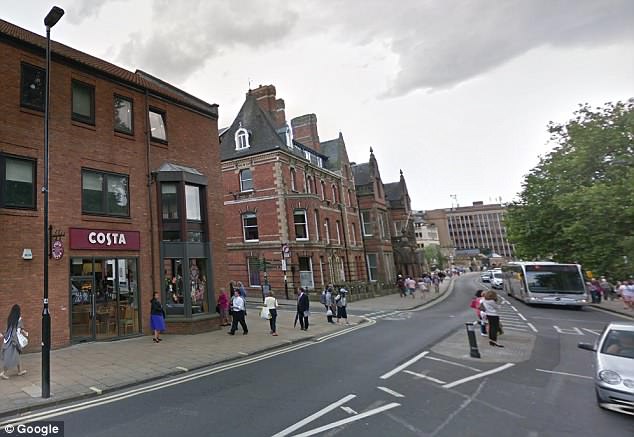 Detectives from North Yorkshire Police are now investigating the incident which took place last Thursday, with the force saying it takes the report ‘extremely seriously’.

The woman wrote in a post on social media: ‘We were sat in Costa opposite Museum Gardens, where the man opened the door and tried to get my son to go with him. I obviously grabbed my son and brought him back to the table.’

She added that a second man in the coffee shop then told her ‘the guy had been doing hand gestures to my son to get him to come to him from the window outside’.

The woman – who wishes to remain anonymous – claimed that although the man beckoned to the child, he did not touch or try to grab him, reported The York Press.

She added: ‘All I can say is thank God I was watching my son, because he was oblivious to the guy’s intentions and being the adventurous boy he is he would have wandered out the door to God knows what.’

North Yorkshire Police said they were contacted about claims a man ‘allegedly approached a two-year-old child and encouraged the child to leave with him’.

A spokesman told MailOnline: ‘Incidents of child abduction are fortunately very rare in North Yorkshire and particularly so in relation to incidents involving strangers.

‘Anyone who has any information which could assist police enquiries is asked to dial 101, select option one and pass the information to our force control room.’

A Costa Coffee spokesman said: ‘We are aware of the reported incident and will continue to support North Yorkshire Police in their ongoing investigation.’