This is the nail-biting moment a car wildly swerves onto the pavement and narrowly avoids a crash on a busy road.

Footage captured on a dash cam shows a red car driving erratically on a road near Wales.

The driver swerves to the left and dust is blown into the air as the vehicle’s wheel scrapes against the pavement. 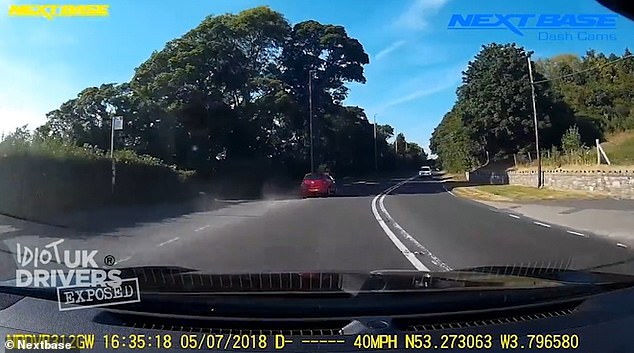 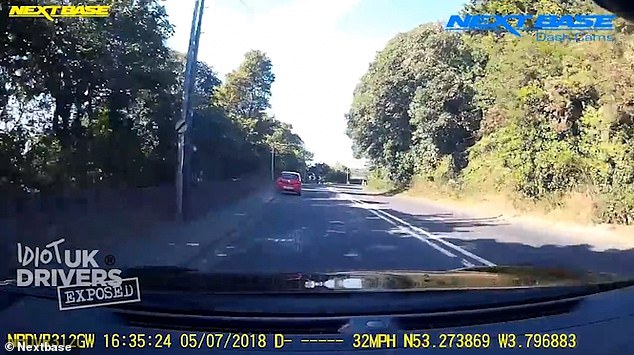 The driver of the red car then mounts the pavement repeatedly before veering across the road and accelerating forward.

Gasps of shock can be heard from the female passenger as the driver of the other car suddenly veers to the right into oncoming traffic and nearly hits passing motorists.

Suddenly as they reach the roundabout, the driver speeds over a pavement in the middle of the road and narrowly misses a cyclist.

The shocking incident occurred on July Jul 5, according to the video. 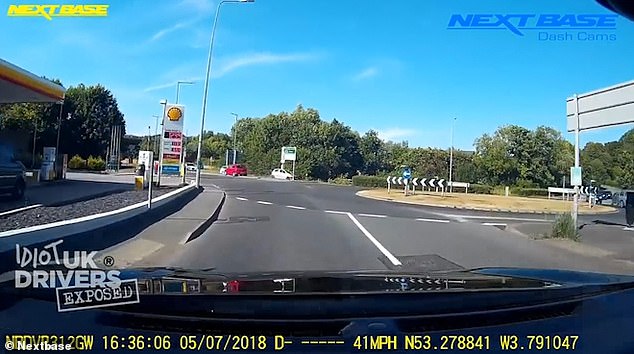