An airport near Mount Merapi in central Java was closed to all flights as huge clouds of smoke, sand and ash were blasted 18,000ft into the sky. 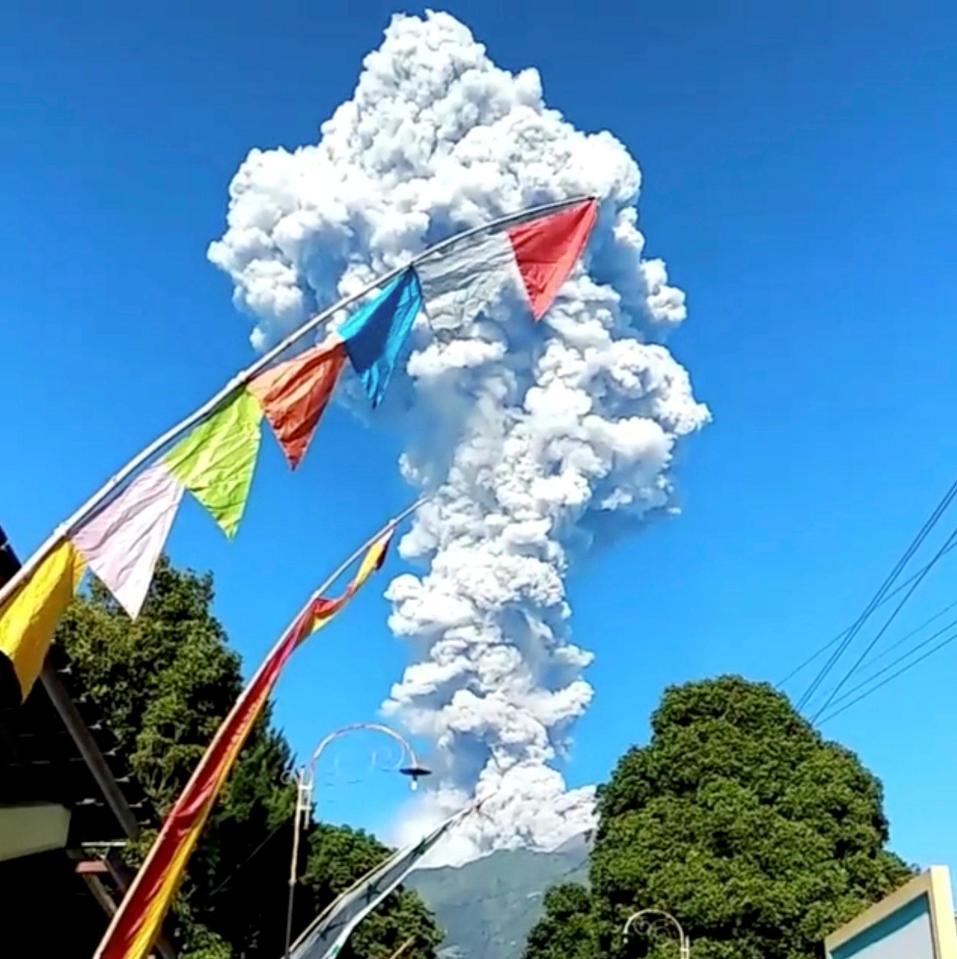 Villages on the slopes were evacuated with everyone within 3.1 miles moved to an emergency shelter in an army barracks or other safe places.

There were no immediate reports of casualties.

But 120 hikers were on the peak at the time and had to shelter for five hours until they were rescued by emergency workers. 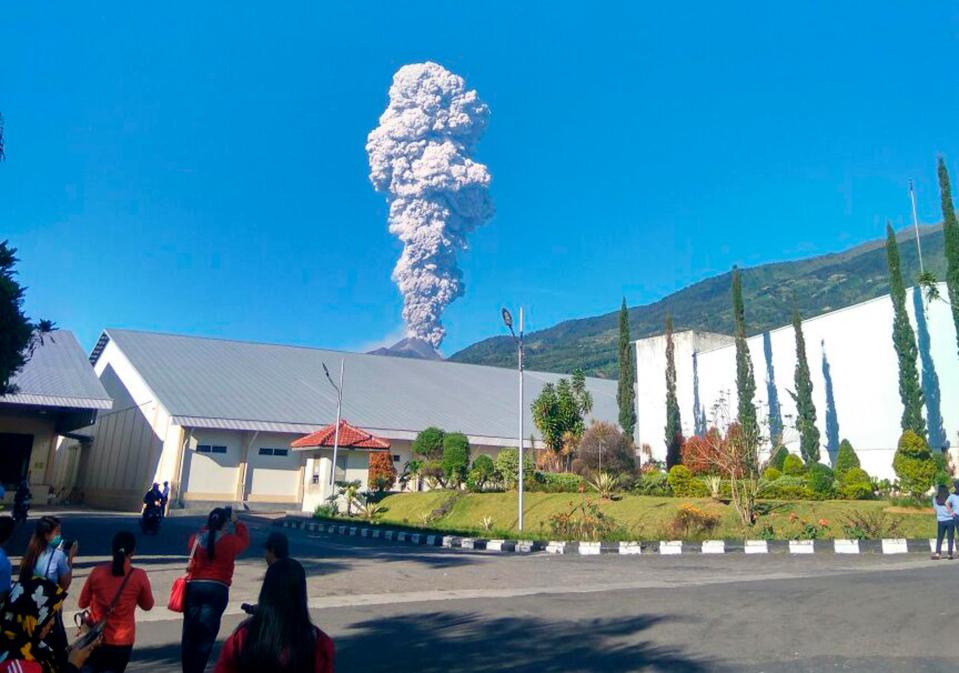 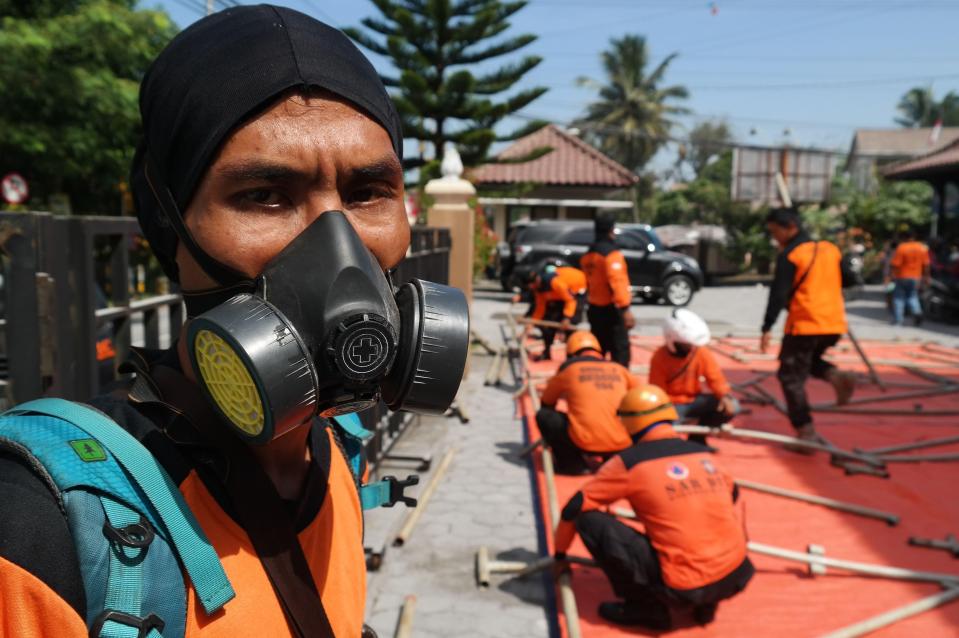 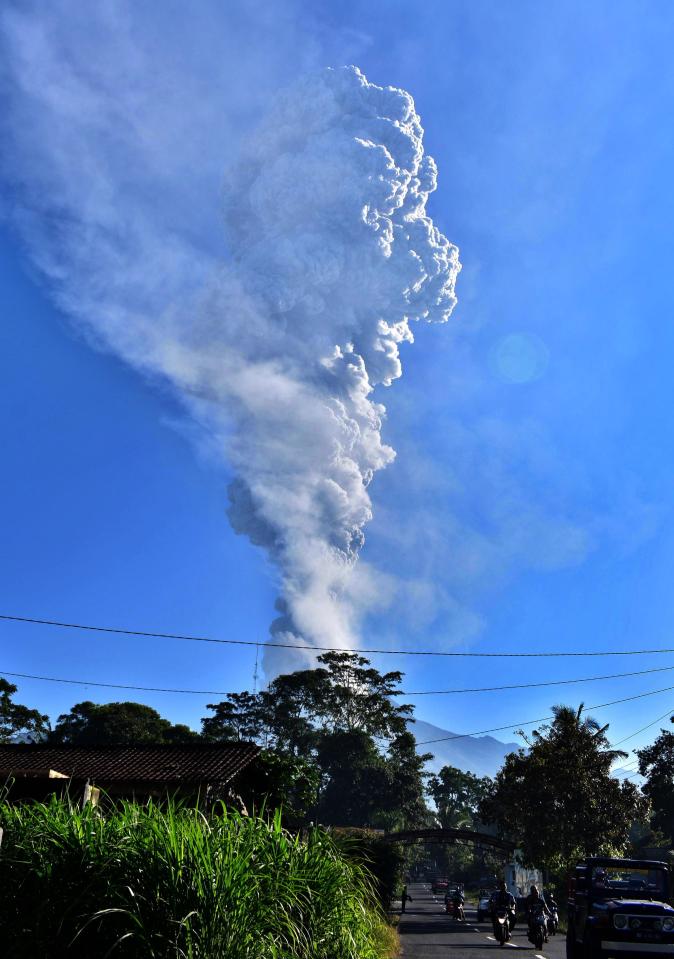 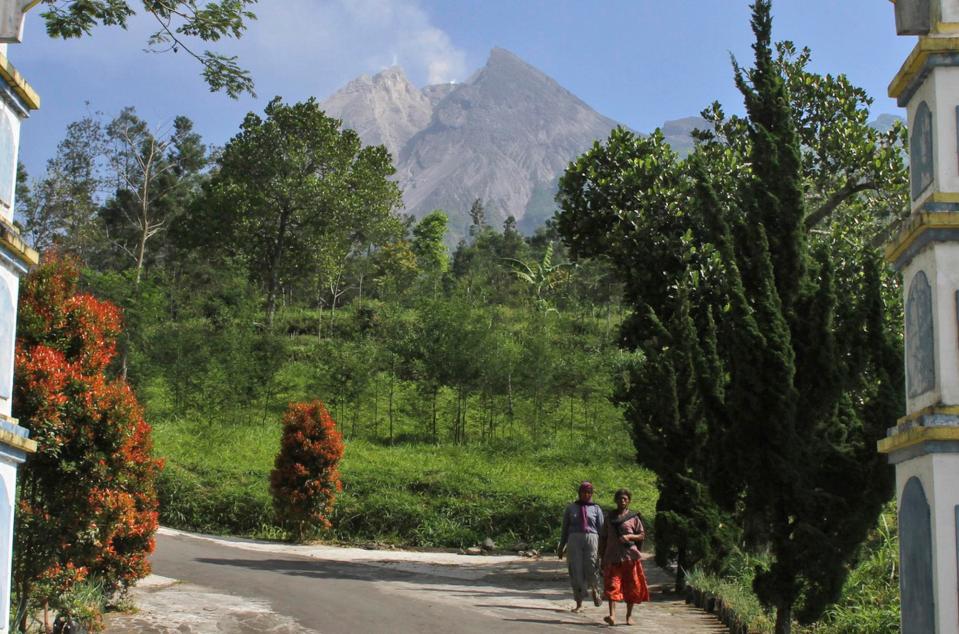 Nearby Adi Sucipto airport was closed for about an hour due to the spread of volcanic ash. It has since reopened.

Residents in Yogyakarta, a city of 2.4million around 17 miles to the south, were not said to be in danger.

Experts said it was a phreatic eruption, caused by a build-up of steam and water heated by magma underground.

This type is less devastating than other kinds of volcanic eruptions when massive quantities of molten rock is blasted through cracks in the Earth's crust. 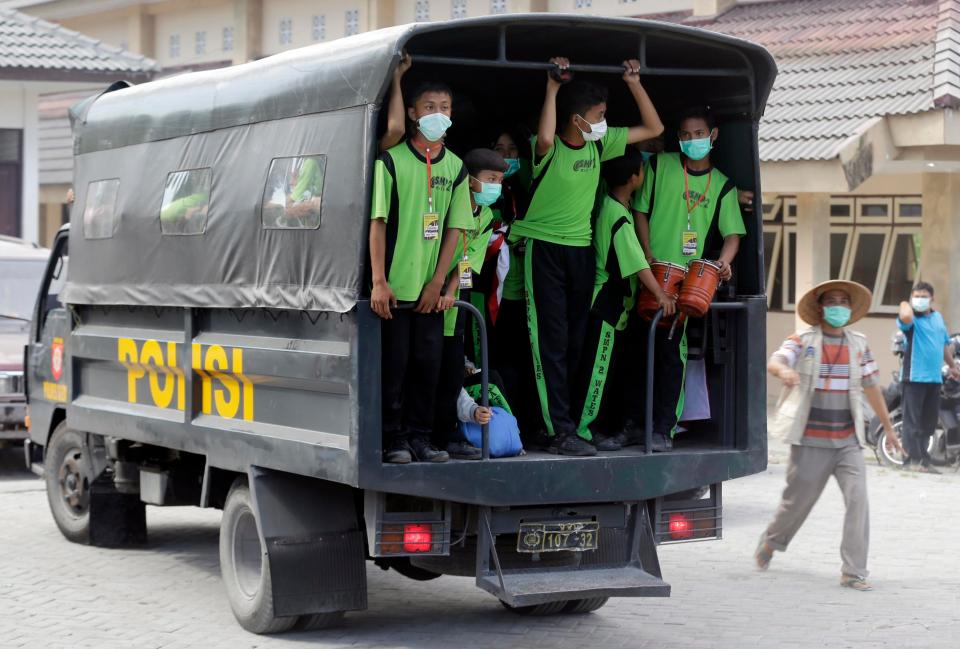 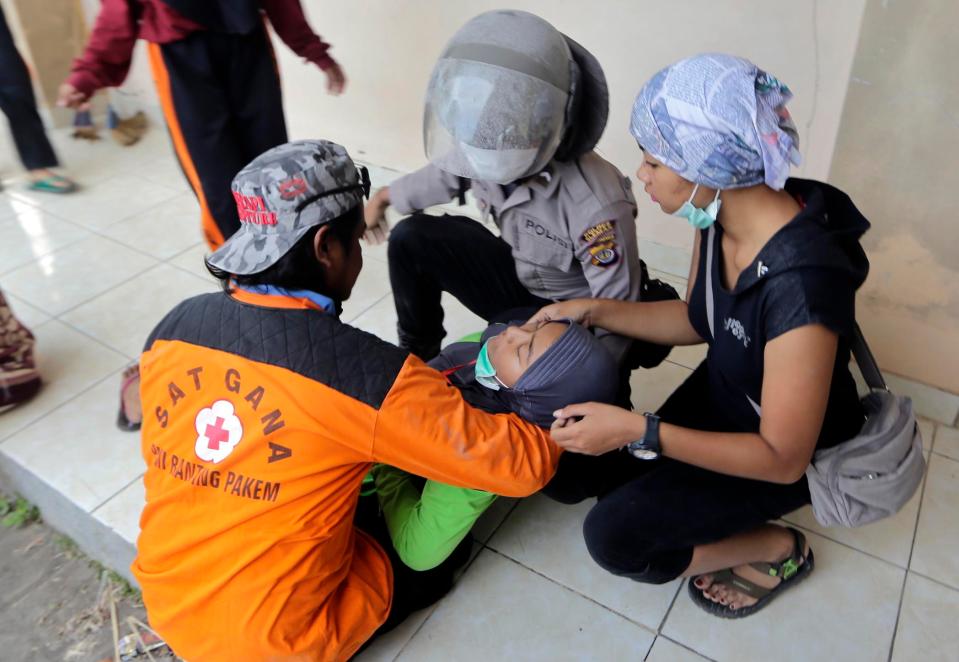 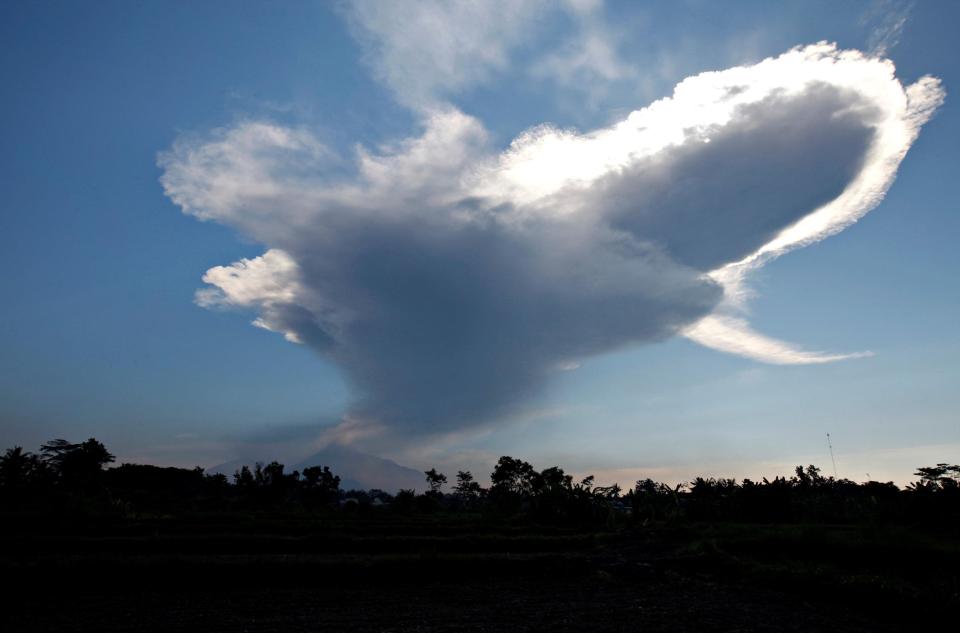 The eruption did not raise the alert status of Merapi, which is at a normal level with no eruption expected in the foreseeable future.

The BNPB has called on residents to remain calm and wear masks while outdoors.

The 9,737-foot Gunung Merapi – whose name means Fire Mountain in Javanese – is the most active of 500 vocanoes in Indonesia.

The country is prone to earthquakes and volcanic activity because it sits along the Pacific Ring of Fire, a horseshoe-shaped series of fault lines.

In January we told how a German explorer who wears fire-proof underwear was almost boiled alive in a lava lake as he travelled the globe photgraphing volcanoes.