BAVISPE, Mexico (Reuters) – An American man whose grandchildren were slain in a brutal massacre in Mexico demanded justice for other victims of the country’s drug war on Thursday, as hundreds of relatives gathered from across the United States to honor the victims. 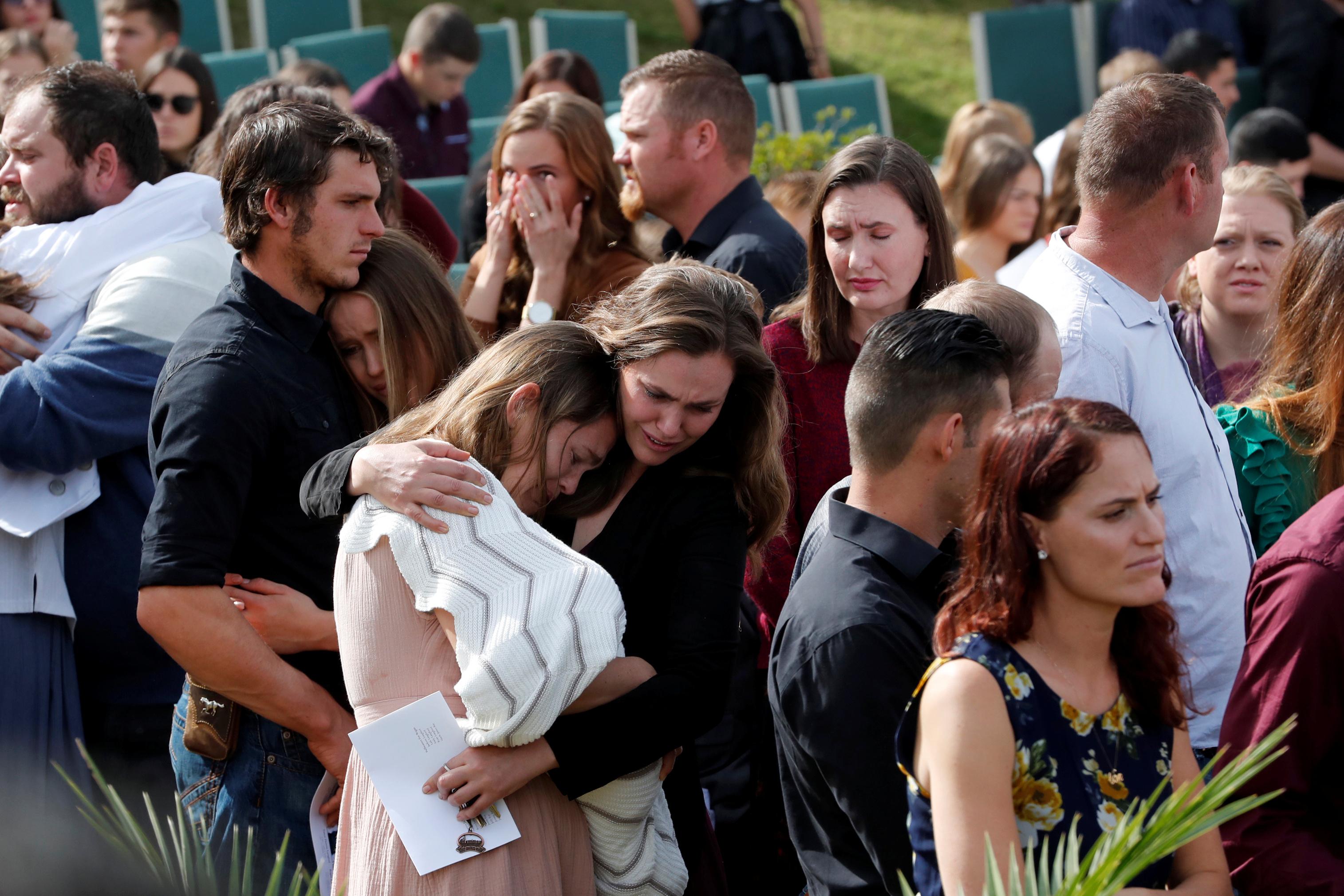 Kenneth Miller lost his daughter-in-law and four grandchildren, all dual citizens, in an ambush in the northern border state of Sonora on Monday that killed nine people.

The attack on members of breakaway Mormon communities that settled in Mexico decades ago prompted U.S. President Donald Trump to urge Mexico and the United States to “wage war” together on the drug cartels.

Fighting back tears before the first funeral for the victims, Miller said the family hoped its plight would draw attention to the thousands of victims in Mexico whose cases go unsolved as violence reaches record levels.

“This is happening because we are dual citizens,” Miller said, referring to the Mexican government’s support following the attack. “There are thousands in this country who have never received justice.”

More than 500 chairs were arranged in neat rows for the mourners, who traveled in convoys from both sides of the Mexico-U.S. border for the funeral of Dawna Ray Langford, 43, and her sons Trevor and Rogan. Their bodies lay in simple wooden coffins built by family members.

Another event honoring the victims was to take place later on Thursday.

“We came prepared to sleep on the floor, in tents. Whatever is needed to support the families who died in this terrorist act,” said Alex LeBaron, a former Mexican congressman and cousin of one of the women, Rhonita Miller.

Miller and her children, whose bodies were reduced to ash and bones when the car they were in was shot at and then went up in flames, are due to remembered in a ceremony in another village, Colonia LeBaron, on Friday.

LeBaron, who was with Thursday’s convoy, told Mexican radio that mourners had come from the United States and across Mexico, bringing food and mattresses for the journey.

The LeBaron family, which came to Mexico in the early 20th century, claims to now have more than 5,000 members.

Authorities and relatives say the killings appeared to be the work of the Juarez and the Sinaloa cartels, which fight for control of lucrative drug routes that run through the sparsely populated mountainous areas into the United States.

Mexico has unleashed its military against cartels since 2006, but the campaign has failed to reduce violence. Instead, it has led to more killings as criminal groups fight among themselves.

The victims came from prominent local families, including the LeBarons, Millers and Langfords.

Nestled in the fertile valleys of the Sierra Madre mountains just south of the U.S. border, the oldest communities stem from the late 1800s, when upheaval over polygamy in the Utah-based church led to their founding.

The settlements have marriage ties to others in the United States.