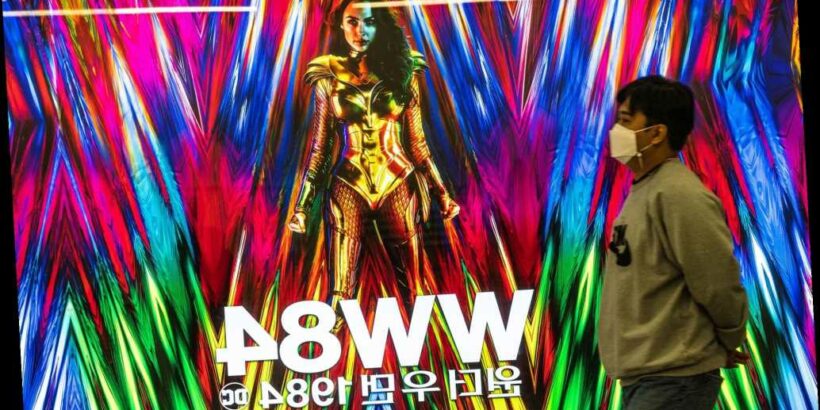 Don't let the mayoral candidates get away with these ridiculous dodges

I miss the movies.

Last week, the Golden Globes and the Screen Actors Guild announced their award nominations, to be followed by Oscar contenders in March. For a whole year now, I haven’t seen any of the listed films.

Nor do I know even a passing thing about most of them. Like a sports fan whose team is sidelined, I’ve mostly stopped reading the film pages in the papers.

Yes, people say we’re in a golden age of film (and TV). Netflix, Amazon, Disney+, the Criterion Channel, Eventive — anything you want to watch, from the latest star vehicle to silent films, available on the computer.

And for cheaper than an $18.50 ticket for a single screening, plus Sour Patch Kids, at a Manhattan theater.

But watching a movie at home isn’t an escape. It’s just another chore to do on the screen. During a slow scene, you will end up checking your e-mail. If someone calls you during the movie, you may as well pause it and talk to him or her.

Like sitting on an airplane, actually going to the movies is surrendering control. The film starts on someone else’s schedule — which is probably half an hour too early or too late. This is a good thing: a reason to close the computer and go outside.

There are 20 minutes of previews, plus the M&M’s ad. In a world in which 15-second TikTok videos can’t hold attention, this teaches patience and forbearance.

Narrower choices, too, make for a broader experience.

The boutique Munroe theater at Lincoln Center is just a nice theater — so I’d randomly pick one of whichever five or so movies it was playing until I had seen them all.

Sure, at home, I theoretically could watch a film about Poland during the Cold War or a documentary about rats in Baltimore, but endless choice grows paralyzing.

Also, frustrating. Why bother to read a movie review if the arty film is only available on a boutique, at-home-on-demand channel, and you don’t feel like signing up for yet another online service to try to cancel a month later?

You can pick and choose old-fashioned movie theaters based on their day-to-day offerings, with no strings attached, and with no need to learn all about different distributors and their constricted licensing deals.

And no, I’m not doing Netflix, even though my friend insists it would “change your life” — because instead of going to the movies once a week, I’d end up watching cheap Netflix TV all day.

Connecting a unique physical location with a film makes for a stronger memory — both of the place and the film. “Hustlers” in Times Square is different from “Hustlers” on TV. A movie about the assassination of Yitzhak Rabin amid a crowd of elderly Jewish widows on the Upper West Side is different from watching it on the phone.

Carey Mulligan’s “Promising Young Woman” at the multiplex, with people hooting at the ­tables-turned-on-the-would-be-rapist scenes, might be a gleefully bad revenge flick. But released straight to video during the pandemic, as it was, it would probably feel like a shoddy B-movie that misses its own joke.

How many times have I looked out the window after “work” all these fall and winter days and thought, this would be a great cold, gloomy evening to walk to the movies, to see anything at all?

Like anything in the pandemic, the longer theaters stay closed, the harder it will be to survive.

Gov. Cuomo could help, by letting city theaters open up at 25 percent capacity, with families sitting well away from each other, as he’s doing soon with indoor dining.

Until then, I’ll read a book.

Nicole Gelinas is a contributing editor to the Manhattan Institute’s City Journal.