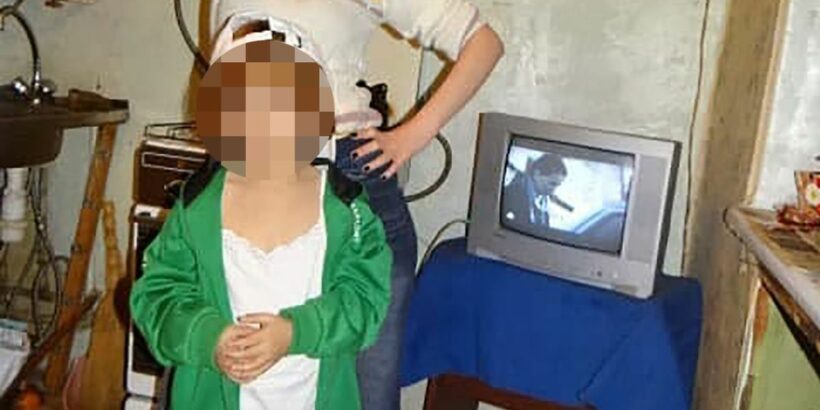 A young 'Mowgli' girl was found living with 19 cats and crawling on all fours – and would only respond to "kitty kitty".

The child, thought to be six years old, was rescued by police officers from a house in Taldom, north of Moscow in Russia.

Datse was "eating cat food" and living in horrifying conditions, with litter scattered around the property.

Her mum, identified only as 34-year-old Alprika, allegedly holds neo-Nazi views and was pictured giving the Hitler salute, it is claimed.

She has since been detained on suspicion of child neglect.

The mum was staying at the house with a man, thought to be the child’s godfather.

The older girl was taken into care, but it was not clear where she was found by police.

Both of the children were also taken to hospital, NTV reported.

Dates had problems walking, was unable to speak in full sentences, and responded to "kitty-kitty", according to Lenta.

In a police video, the mum said she had left Datse with a man called Alexander.

Alprika said she had left the girl four or five days earlier.

Asked if Alexander had looked after her all the time, she responded: "I can't say during the days I was away.

"But when I came here to check he had hardly left."

"After having seen the police, he tried to hide from them and entered a house located in Saltykov-Shchedrin Street.

"The child had no clothes and was in an emaciated state.

"There were no hygiene products in the house and the conditions were unsanitary.

"The girl was taken to a medical facility."

Russia's Investigative Committee – which deals with serious crime – has launched a preliminary probe.