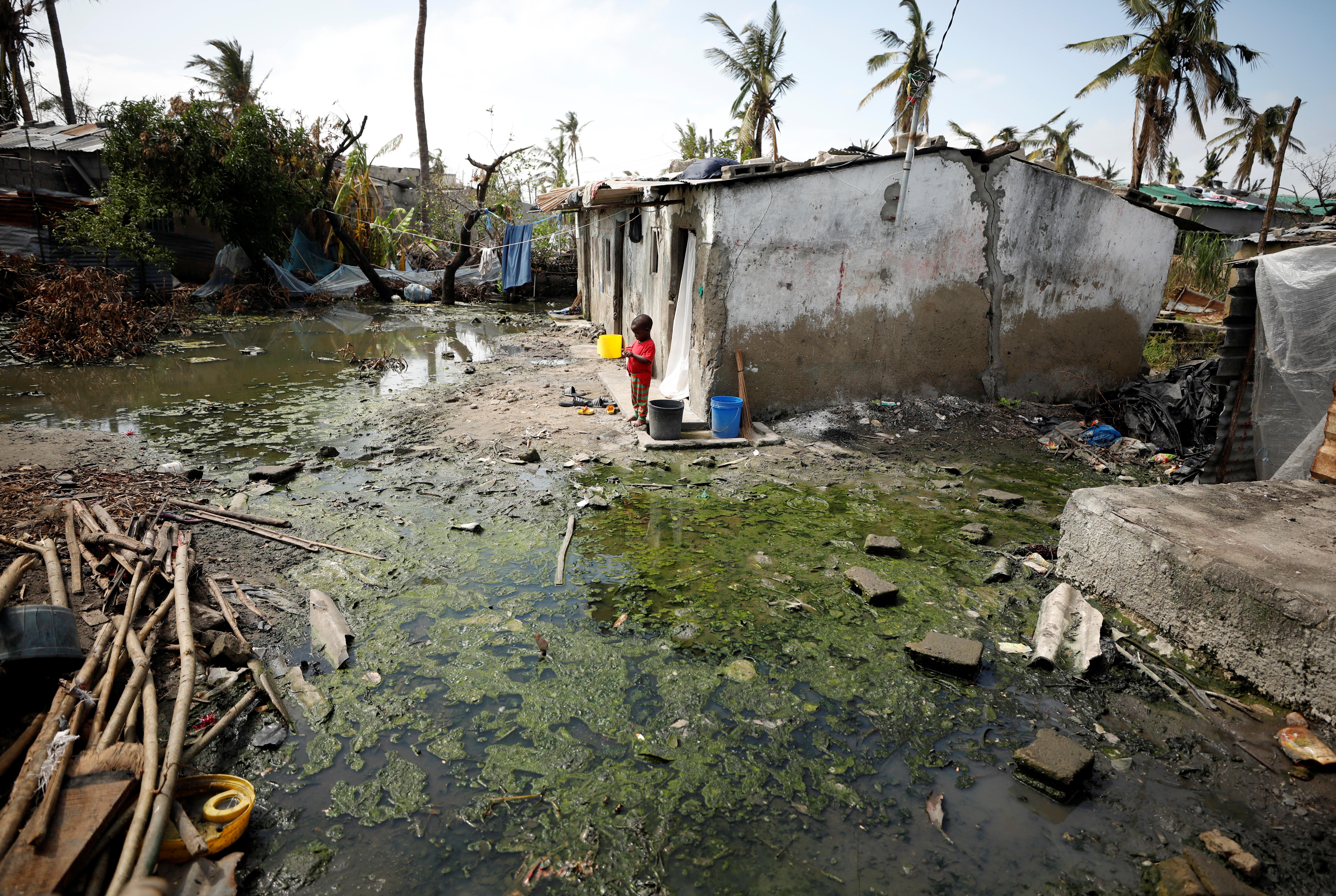 BEIRA, Mozambique (Reuters) – Mozambique said on Wednesday five cases of cholera had been confirmed around the badly damaged port city of Beira after a powerful cyclone killed more than 700 people across a swathe of southern Africa.

Cyclone Idai smashed into Mozambique around midnight on March 14 before tearing through neighboring Zimbabwe and Malawi, displacing hundreds of thousands of people and wrecking an area of 3,000 sq km (1,200 sq miles).

The relief focus has increasingly turned to preventing or containing what many believe will be inevitable outbreaks of diseases like malaria and cholera.

“We did the lab tests and can confirm that these five people tested positive for cholera,” Ussein Isse, a senior Mozambican health official, told reporters. “It will spread. When you have one case, you have to expect more cases in the community.”

Health workers were also battling 2,700 cases of acute watery diarrhea – which could be a symptom of cholera – Isse said, adding the government had organized a treatment center for cholera in Beira hospital.

The World Health Organization is dispatching 900,000 doses of oral cholera vaccine to affected areas from a global stockpile. The shipment is expected to be sent later this week.

The death toll in Mozambique from Cyclone Idai has risen to 468, a Mozambican disaster management official said. That takes the total number of deaths in Mozambique, Zimbabwe and Malawi above 700 people, with many more missing.