John Woodcock, who was suspended three months ago over sexual harassment allegations, said the process against him was being ‘manipulated for factional purposes’.

He said he no long believed the party under Mr Corbyn would return to the ‘mainstream inclusive electoral force’ he once knew, pointing to ‘tolerance of anti-Semitism’.

Mr Woodcock told Labour chiefs last month that he would not attend a ‘tainted’ disciplinary hearing into claims that he sent inappropriate texts and messages to a female aide. 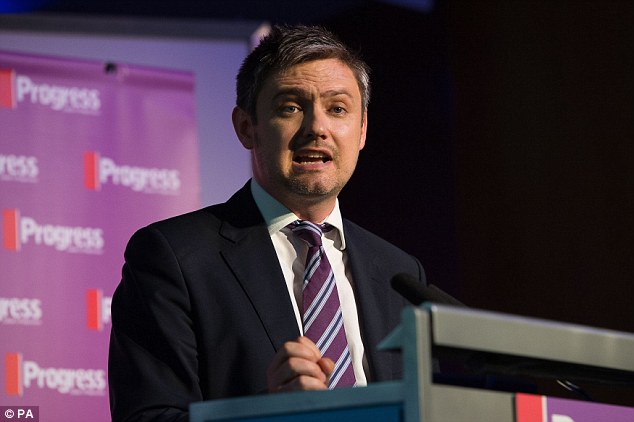 John Woodcock, who has been suspended over sexual harassment allegations, said the process against him was being ‘manipulated for factional purposes’ In his resignation letter today, Mr Woodcock said he was going because Mr Corbyn had refused to appoint an ‘independent investigator to rule on my disciplinary case and in the light of clear evidence that the process has been manipulated for factional purposes’

Barrow and Furness MP Mr Woodcock, a leading supporter of Tony Blair, said the way the investigation was being managed by Labour’s new general secretary Jennie Formby laid it ‘open to charges of rigging’.

Mr Woodcock, 39, was an aide to Gordon Brown in Downing Street before being elected in 2010. The father-of-two, who divorced in 2015, has denied any wrongdoing.

A complaint against him was made in November to Labour’s anti-harassment panel, which was set up after the so-called ‘Pestminster’ furore.

He is accused of sending an ex-staffer inappropriate texts between 2014 and 2016.

In his resignation letter today, Mr Woodcock said he was going because Mr Corbyn had refused to appoint an ‘independent investigator to rule on my disciplinary case and in the light of clear evidence that the process has been manipulated for factional purposes’.

‘First and foremost let me make clear that I was elected to put the people of Barrow and Furness first, no matter how difficult or controversial. I have promised to fight for local jobs, promote a credible alternative government, protect the shipyard and ensure the safety of my constituents through strong defence and national security.

‘I now believe more strongly than ever that you have made the Labour Party unfit to deliver those promises and would pose a clear risk to UK national security as Prime Minister.

‘The party for which I have campaigned since I was a boy is no longer the broad church it has always historically been.

‘Anti-Semitism is being tolerated and Labour has been taken over at nearly every level by the hard left, far beyond the dominance they achieved at the height of 1980s militancy.

‘There is little chance of returning the Labour Party to the inclusive, mainstream electoral force my constituents desperately need. In these circumstances, I can no longer justify engaging in a rigged process to be re-admitted to it.’

A Labour spokesman said: ‘Jeremy thanks John for his service to the Labour Party.’

Mr Woodcock was supported by Labour backbencher Mike Gapes, who said: ‘Sad but understandable by @JWoodcockMP how can anyone have confidence in fair treatment if the disciplinary process is not independent?’

Mr Woodcock has been one of the harshest internal critics of Mr Corbyn, clashing with the leader over his stance on nuclear weapons, Russia, and anti-Semitism.

During the general election last year, he said he did not believe Mr Corbyn was fit to serve as PM and would not countenance voting to put him into 10 Downing Street. 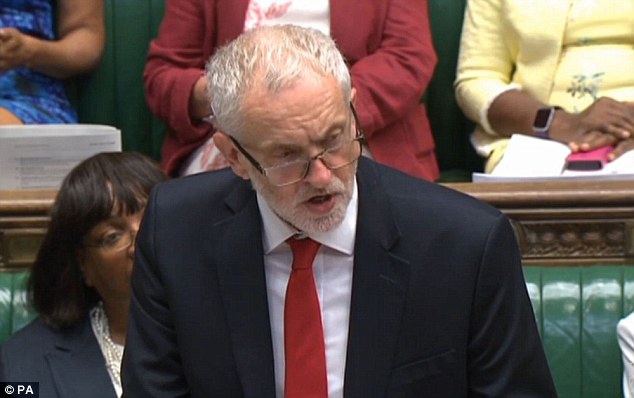