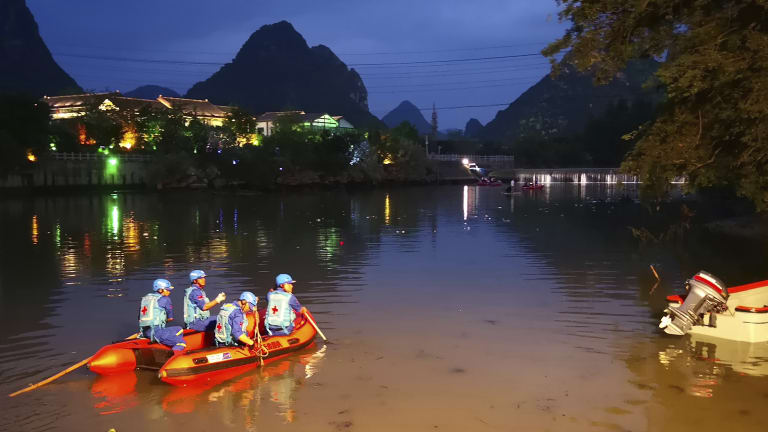 Rescuers search for missing boaters on the Taohua River in Guilin, in southern China.

Beijing: Five people were killed on Saturday and multiple others were missing after two dragon boats capsized in southern China, causing 60 people to fall into the water, state broadcaster CCTV reported. 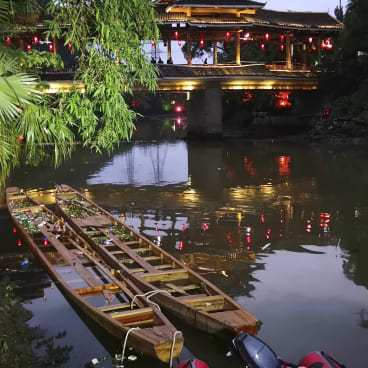 Two dragon boats that capsized sit in the water on the Taohua River in Guilin.

The boats had been rehearsing for a race in the Taohua River in the city of Guilin when the accident happened, the broadcaster said. It was not immediately clear what caused the boats to capsize.

Five bodies and two survivors were pulled from the water. Rescuers were searching for an unspecified number of others who remained missing, CCTV said.

China has sought to step up safety surrounding nationwide dragon boat racing during the Duanwu festival, which falls near the summer solstice and commemorates the death of the poet and minister Qu Yuan in the third century BC.