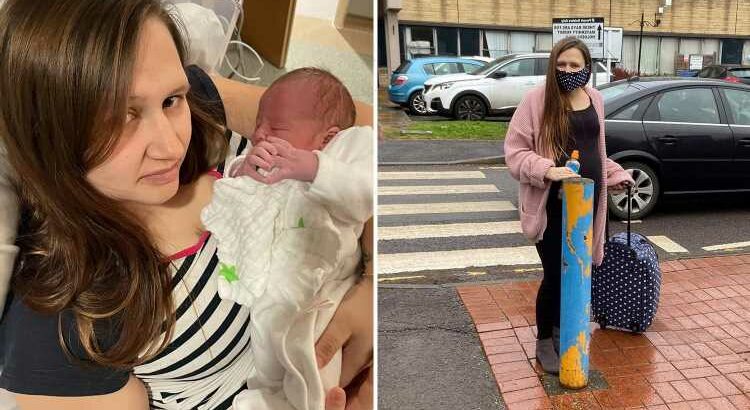 A BRAVE mum had to give birth alone in a -4C car park with only a bollard for support after a hospital said her baby wasn’t coming yet.

Jordan Corbett, 27, suddenly went into labour and was left shivering and alone in a freezing cold car park of the Royal United Hospital in Bath. 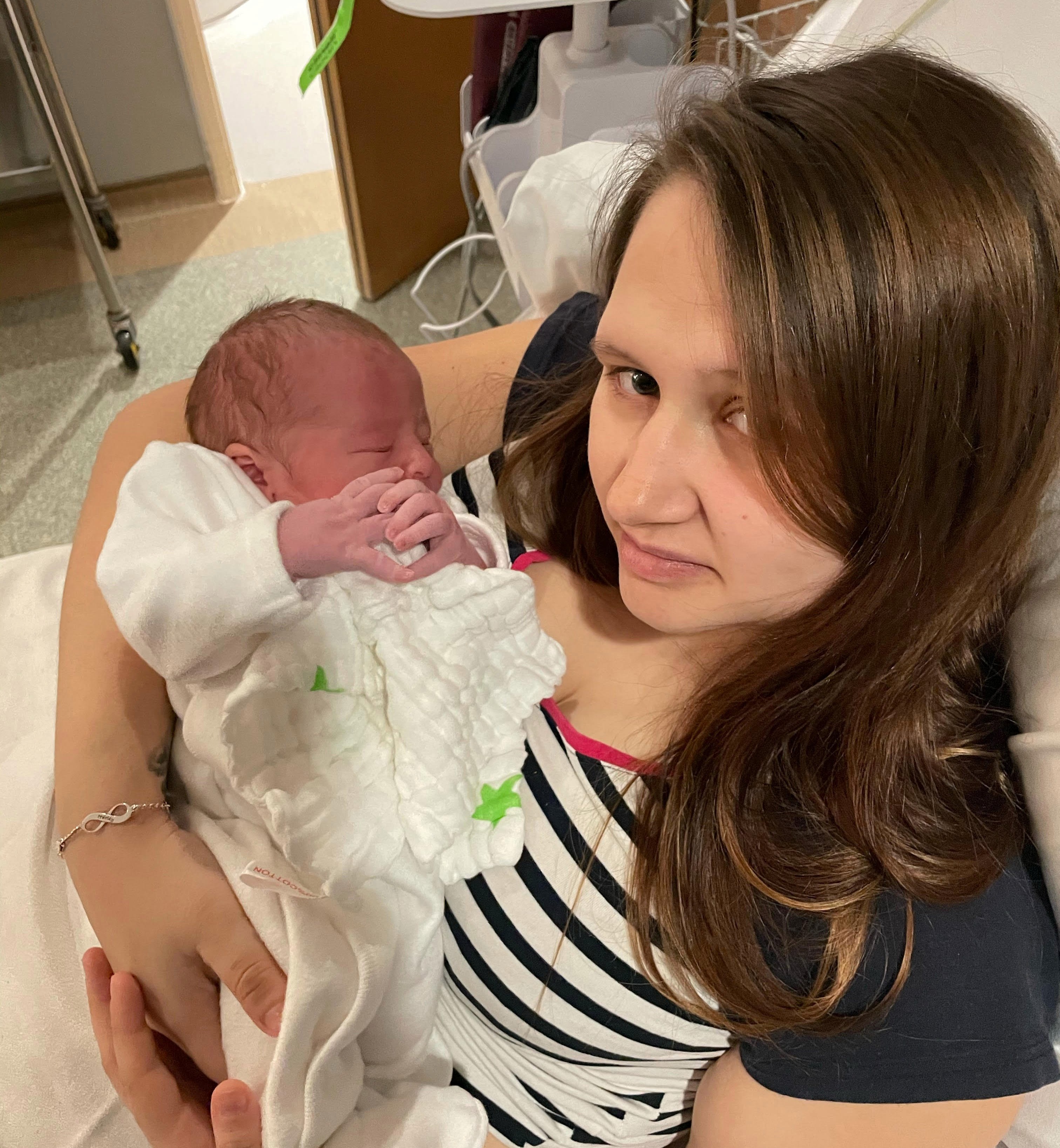 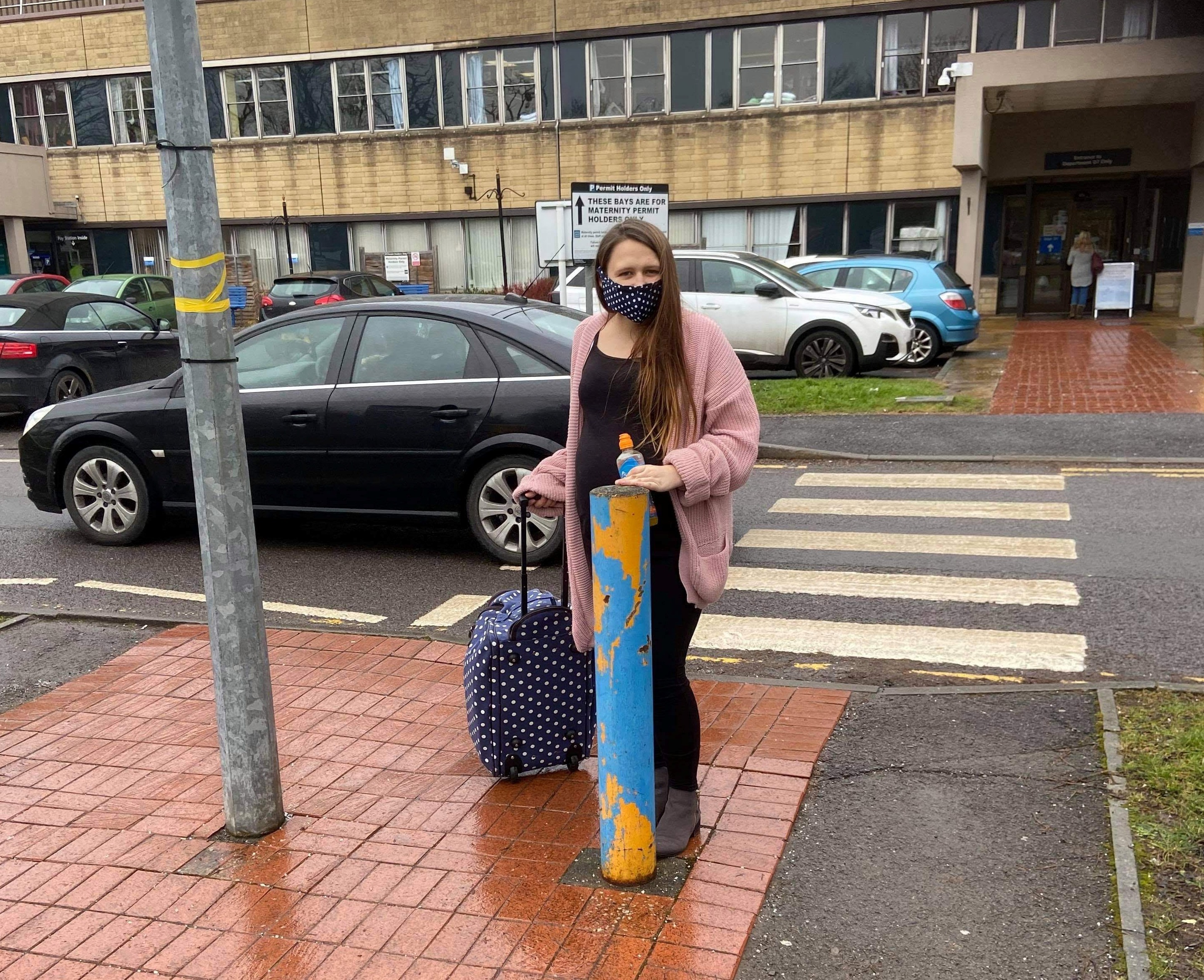 In a scene that could have come straight out of "Call The Midwife", her baby Dennis wasn’t going to wait and Jordan was left shouting for help and clinging on to a bollard for support.

Amazingly, Jordon, of Seend, Wiltshire, delivered her baby alone in the dark on the night of January 25.

Talking about it for the first time today, she said: "Around 8.30pm things had got really painful so I decided to call Bath hospital.

"They said because I could talk through the contractions that it wasn't the right time."

With the pain worsening, she called again 44 minutes later and was told to visit the pre-assessment unit at the hospital “for a check-over”.

Jordan and her partner Craig leapt into a car and started on the 17-mile, 40-minute drive to the hospital.

Her pains were getting worse and when they reached the car park, Jordan said: "I told my partner that my waters must have broken or that I'd wet myself.

"It was a bit of a panic after that."

She staggered across the car park but could only make it as far as a bollard opposite the entrance doors.

I felt the baby's head move. I knew I was alone, but still tried to shout 'help me'."

Craig had dashed to ring all the buzzers at the pre-assessment unit but there was no answer, so Jordan screamed across the car park telling him to run to the hospital's actual birthing unit and raise the alarm.

She added: "I told him to go and get help, and then I felt the baby's head move. I knew I was alone, but still tried to shout 'help me'.

"The head came out and then I pushed the rest of him out and he fell into my leggings.

"I didn't know then if I should wait for someone to appear or try to get towards the door. 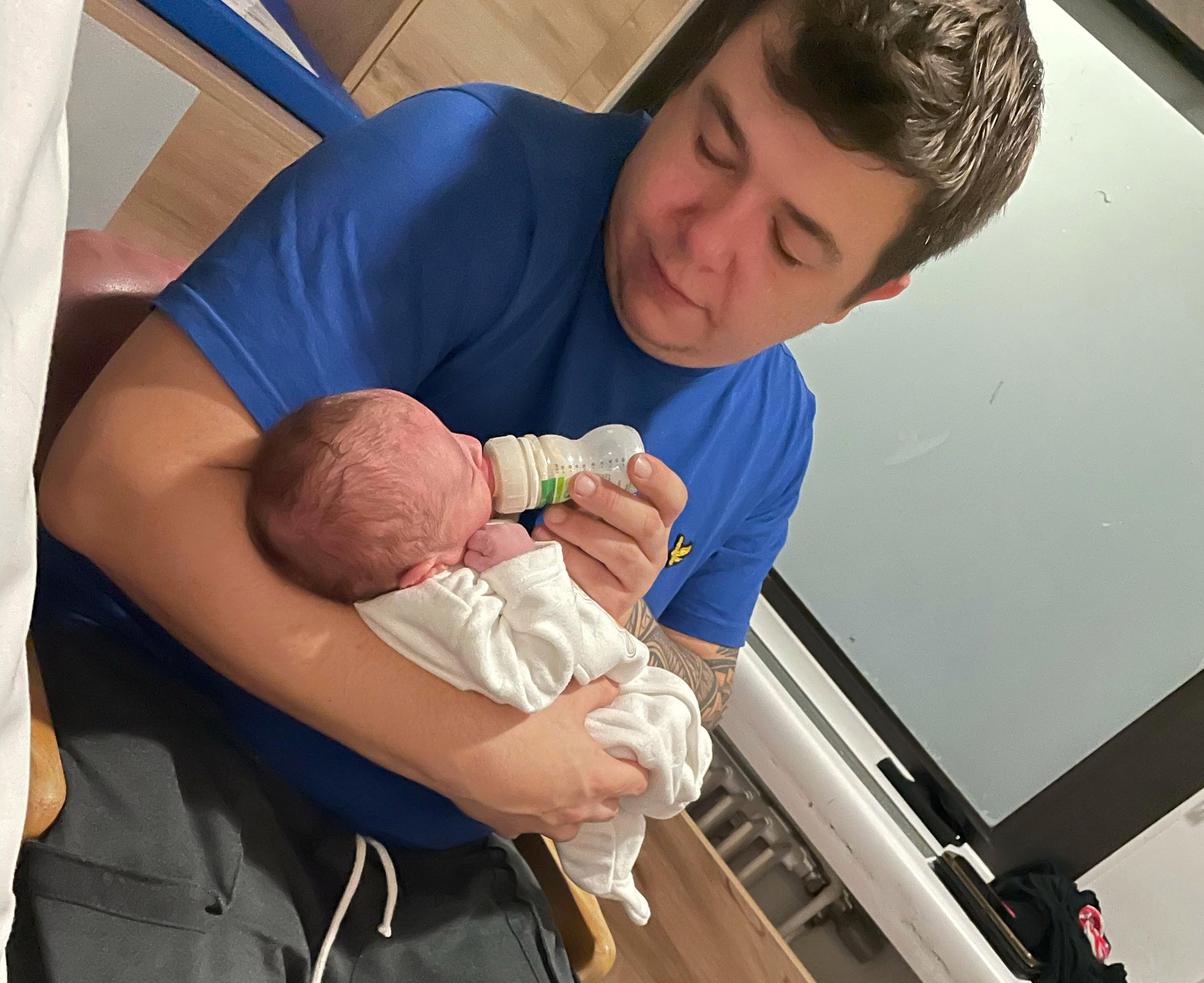 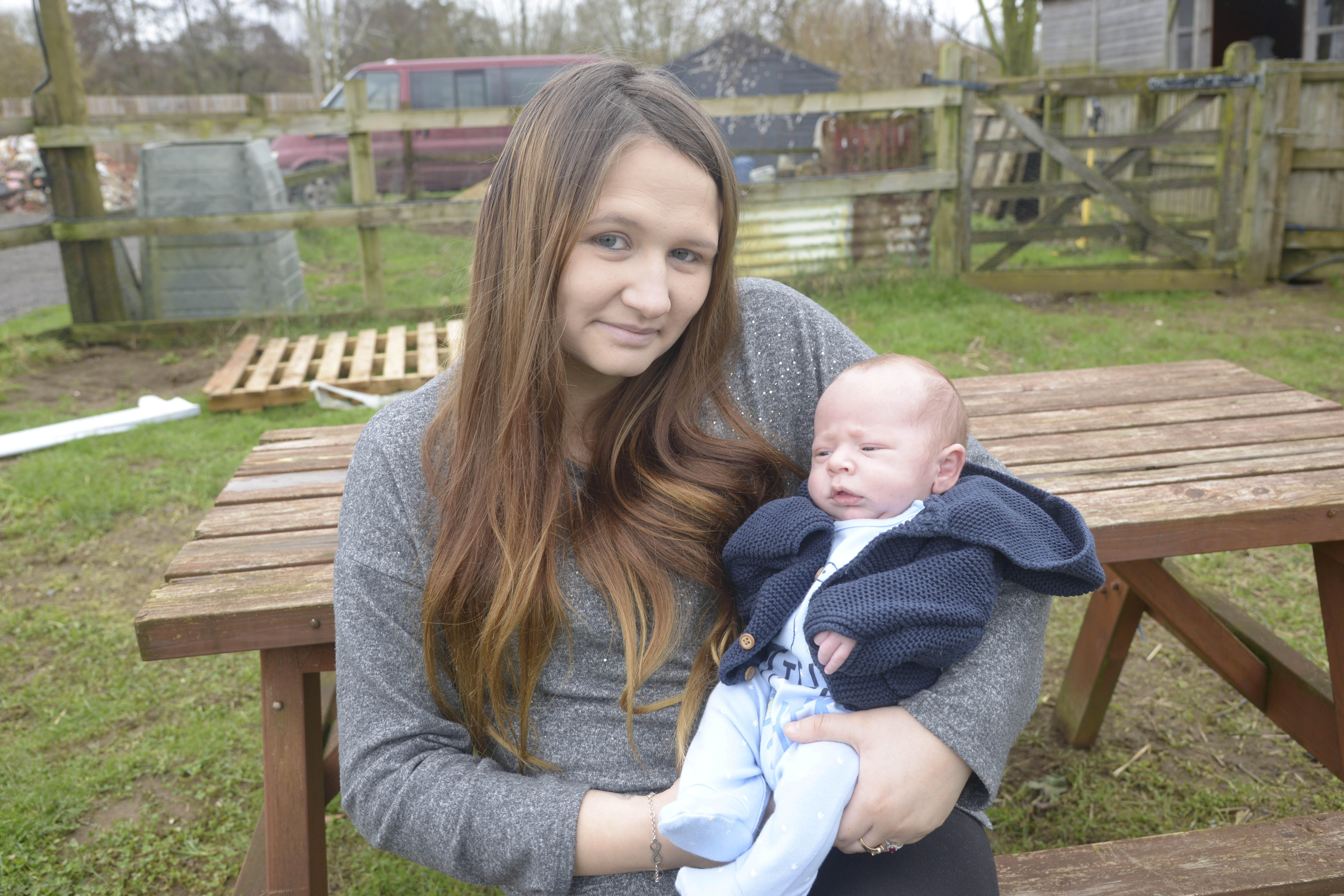 "I put my arm into my leggings and cradled him there.

"It was so cold, about -4C, and it had snowed the day before so I made the decision to try to move."

Exhausted, and clutching baby Dennis, she inched to the door of the pre-assessment unit and rang the buzzer, and was soon met by Craig, a wheelchair and a small army of midwives.

She added: "They told me I had high blood pressure – which wasn't much of a surprise!"

Jordan was worried about her baby arriving without medical aid at hand, and feared even more because she has group B Strep, which can be a life-threatening condition for babies.

She'd also lost a lot of blood so it was classed as a high-risk pregnancy.

But Dennis, poignantly named after Jordan's grandfather who died before Christmas, quickly passed a health check and went home with his mother the following day.

He was enthusiastically welcomed by siblings Harley, nine, Harrison, six, and Darcey, four.

Jordan, a teaching assistant, said: "I rang my oldest son to tell him the news and he was so excited.

"My son said 'I can't believe you had the baby in the car park mum!' He's been telling everyone."

My son said 'I can't believe you had the baby in the car park mum!' He's been telling everyone."

She highlighted the recent closure of the Trowbridge Maternity Hospital, just 14 minutes and seven miles from her home.

It shut in 2020 due to a falling number of mums using it, although many campaigners strongly opposed the plans.

Jordan added: “You need your mask when you're walking into the hospital – so I was actually wearing mine when I gave birth to Dennis.

"It's quite the story, and I had to stop to take a picture with the bollard when I left the hospital the next day.

An RUH spokesman said: "Births like these are an extremely rare event for the Trust.

"We are really pleased that our midwives were quickly able to provide care for mother and baby – we send our congratulations and wish them well."