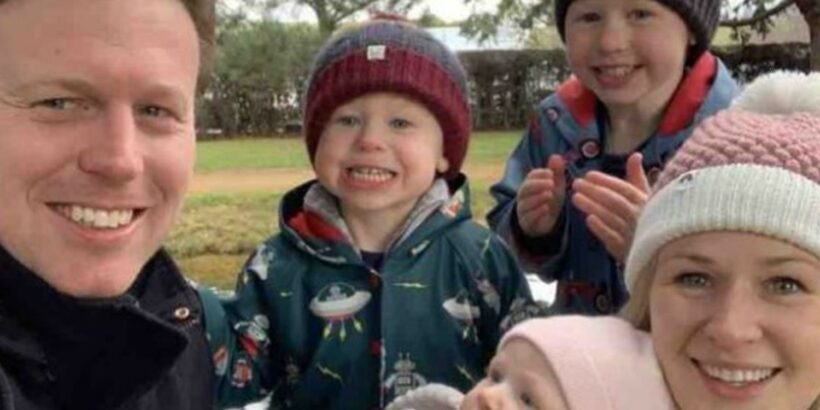 A MUM and a dad have both been diagnosed with cancer within months of each other as they bring up their three children.

Kirsten Rasmussen had just given birth to baby Estelle in August last year when she was diagnosed with stage 2 breast cancer after discovering a lump. 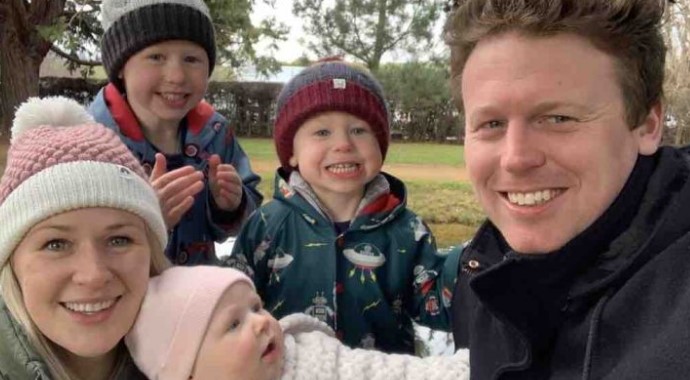 The diagnosis sent her family life into turmoil, but she remained strong and did her best to battle the disease.

She underwent an 11-hour surgery for the removal of approximately 10 tumours, as well as a mastectomy, breast reconstruction and chemotherapy.

Kirsten – who is also mum to Will, six, Tommy, four – then had radiation therapy and, even though her outlook is now positive, she still has to undergo several surgeries.

But two weeks after the mum – an early childhood teacher – finished her radiation therapy, the unthinkable happened as her husband Pete was rushed to hospital after suffering multiple seizures.

The man, from Hobart, Tasmania, Australia, had supported his wife after her diagnosis and had been strong to protect his family.

When Pete, 35, was rushed to hospital, he underwent an MRI and was sadly diagnosed with a grade 2 Astrocytoma cancerous brain tumour.

It is a type of invasive tumour, meaning there is no clear separation from the surrounding brain, according to the American Association of Neurological Surgeons.

The dad-of-three has been given between seven and ten years to live as doctors gave the family the heartbreaking news that the tumour is not curable by surgery.

Pete, who works as a teacher, told the Hobart Mercury: "The tumour was in such a position that it was inoperable and if it was to be operated on I could become deaf, unable to speak or may or may not be conscious.

"The doctor said I would be the definition of a living vegetable." 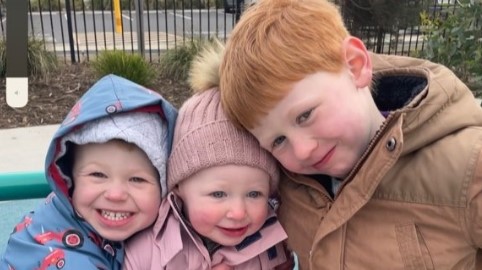 Following their diagnosis, the two parents have been left unable to work and some friends decided to create a GoFundMe page to help them with their expenses.

The fundraiser reads: "Kirsten, Pete and their family now face great uncertainty and need our help to navigate the coming months and years ahead.

"Any donation will allow the family to recover at home, contribute to their medical bills and allow the children to continue to grow without the certainty of their parents' financial income."

It adds: "As Pete himself has said, one of the most challenging parts of this story is that they have had is to tell their young children that a second of their parents is about to undergo an unbeatable cancer journey."

Kirsten and Pete, who have been together for more than 15 years, have been described as active members of the Old Beach community, where they have lived in the past six years.

Pete said he was moved by the support shown by family and friends, as he added: "I’ve asked my brother if he can walk my daughter down the aisle.

"We get so busy with our lives and rushing to work so when things get really really serious it’s nice to know you have support."

To donate to the GoFundMe campaign, you can click here.