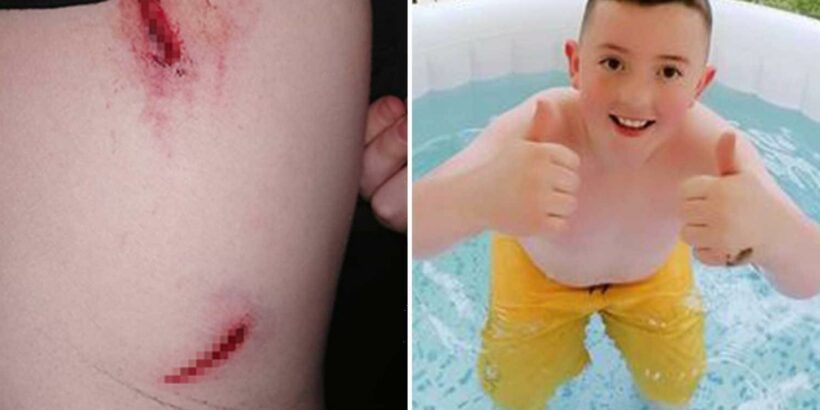 A MOTHER has blasted the “cowardly” actions of a man who fled after his dog attacked her eight-year-old boy.

Katie Bradshaw, 30, called for the owner to come forward after her son was mauled from behind by the canine in Abney Hall Park, Cheadle at around 7.45pm last night. 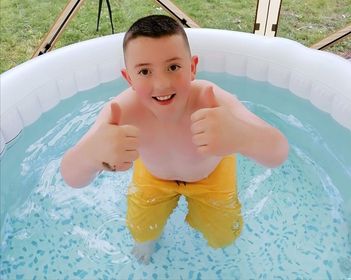 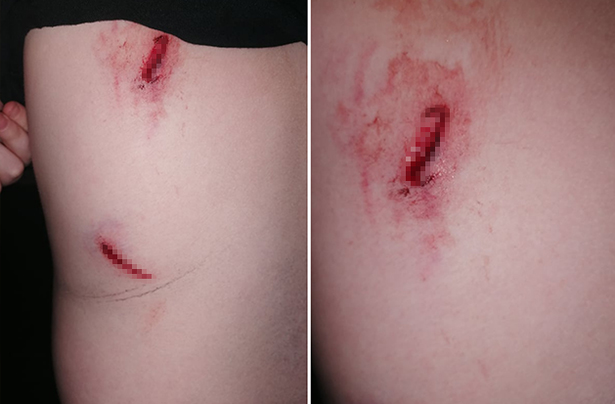 According to the mother, she was walking with young son, his sister and a group of teenage neighbours when they were approached by a German Shepherd which was off its lead.

Speaking the Manchester Evening News, she said that Noah initially thought the dog was friendly before putting his hand out to say ‘stop’ when it was running up to him.”

“Because he’s turned round, the dog has jumped up and taken a chunk out of his back.

His friends reported that dog attacked the defenceless young boy for five to seven seconds before the owner eventually pulled it away.

Yet, after putting the dog back on its lead, Katie says the owner swiftly “ran off” despite the fact that her son Noah had been left sobbing on the floor.

She recollected: “Noah was hysterically crying his eyes out.

"He has pulled up his top and the owner said it was only a scratch before he then ran off with the dog.”

The boy was quickly taken to A & E where he was treated for his wound with “strong” antibiotics.

But a furious Katie told reporters she was “livid” after claiming her son, who attends Cheadle Heath Primary School, was left in shock and “couldn’t stop shaking.”

Now, in a bid to find the owner, she has urged the “coward” to come forward following the grisly attack.

She said: "How would you like it if it was your son? “How dare he leave my son wounded? “What a cowardly thing to do.

"He is a fully grown man, I think it’s absolutely disgusting. 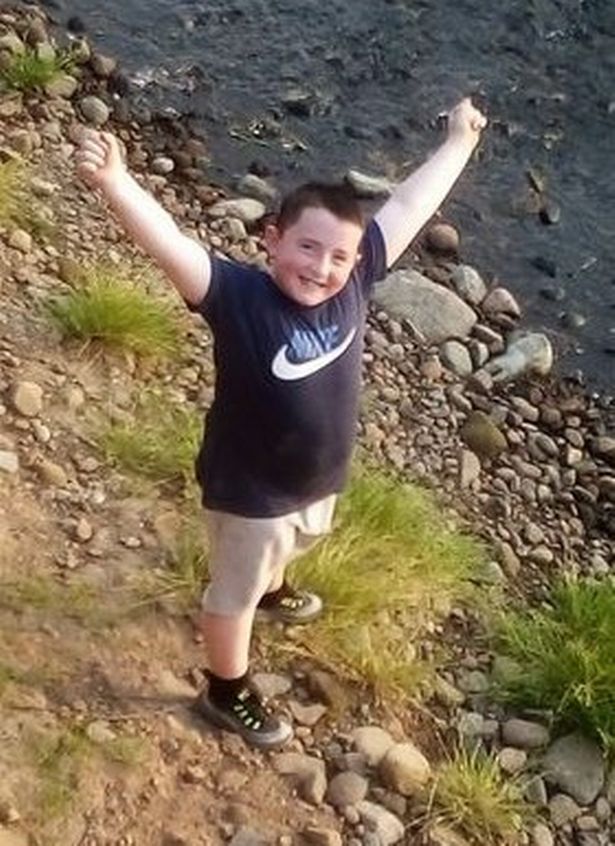 “Noah is petrified. We as a family will not stop until he is found, we will go to the lengths we need to find him and have him named and
shamed.”

The incident has since been reported to Greater Manchester Police, a spokesman said.