Sharlene Farrell's youngest son, Ace, is due to start primary one in August this year. 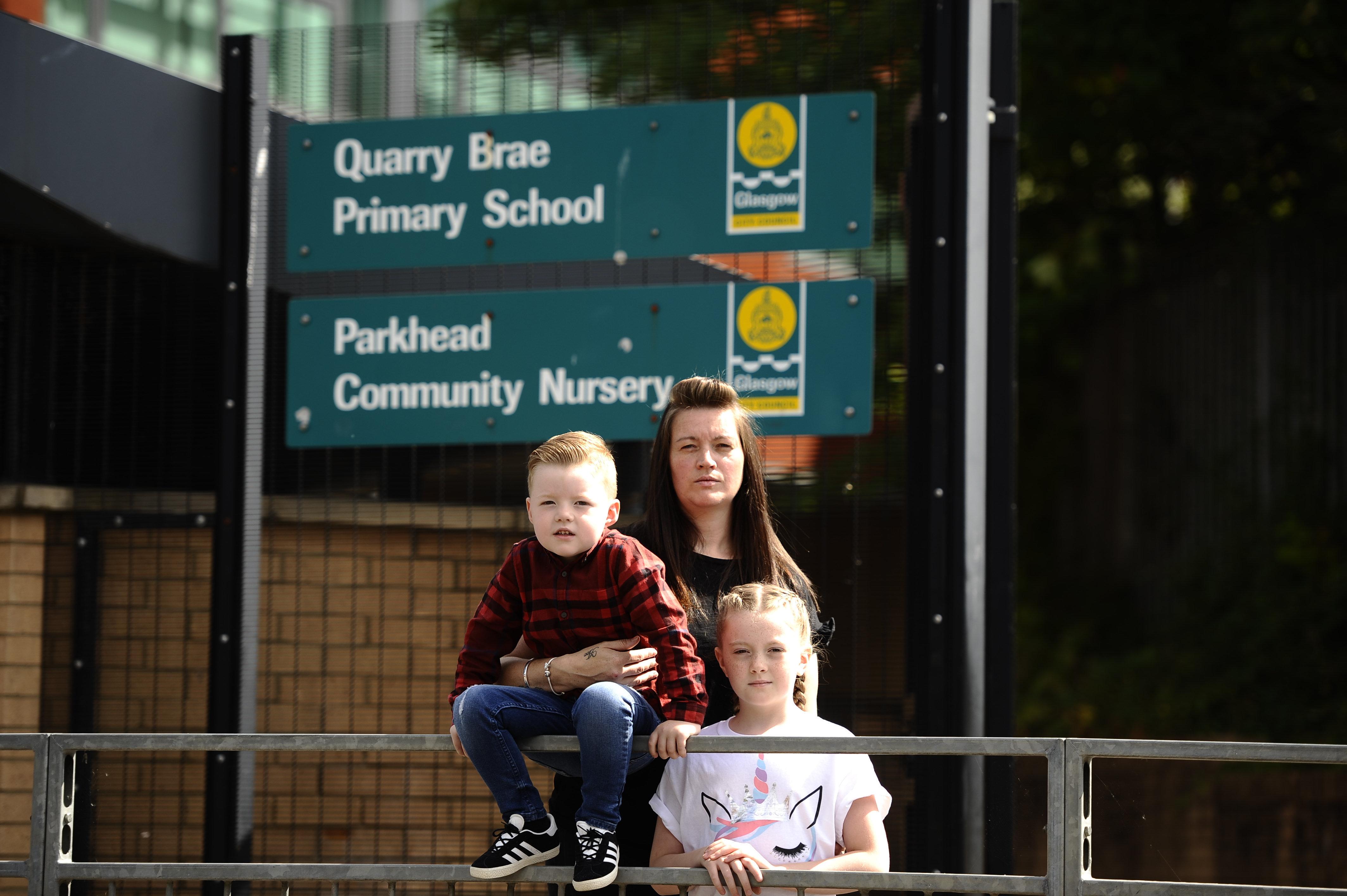 The 38-year-old had expected him to go to Quarry Brae Primary, Glasgow, like his older siblings but education bosses have declined her placing request for the four-year-old.

Now the youngster is expected to go to Dalmarnock Primary, Glasgow, which Sharlene says is more than a 20-minute walk.

And if she drops her nine-year-old daughter at Quarry Brae first, it will mean a 55-minute walk for the little one.

Her eldest son, 16, goes to Eastbank Academy and her older daughter is starting first year there in August. 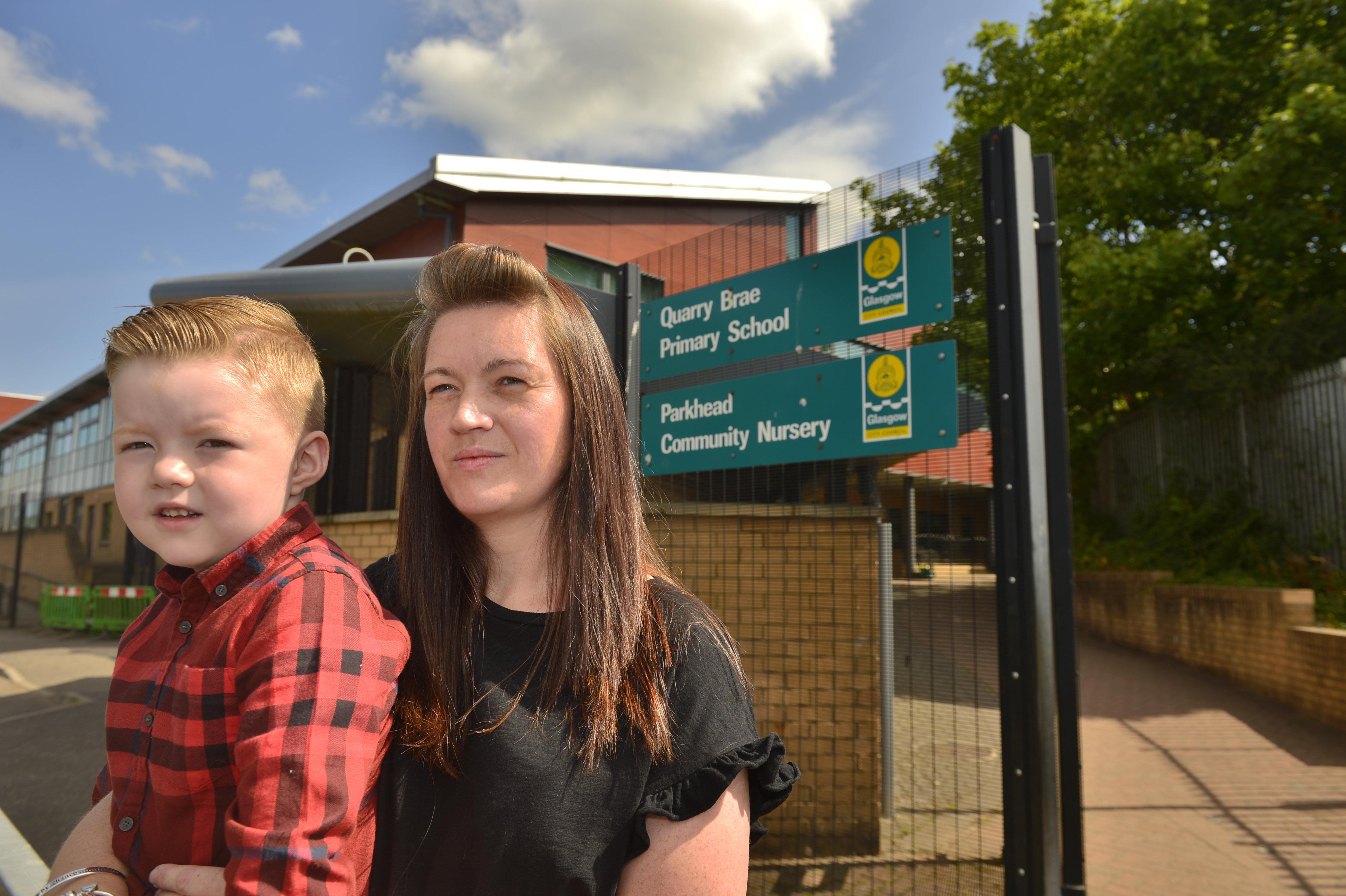 Sharlene said: "I'm going to have to choose which child sits outside the school waiting in the morning and at the end of the day.

"I work full-time so my mum, who is 74, picks them up after school and it's too much for her too. Their dad works full-time and leaves for work early in the morning so there's no way around it."

The family lives in Parkhead, Glasgow, less than a five-minute walk from Quarry Brae Primary.

But their home sits in the catchment area for Dalmarnock Primary, which Sharlene says is about seven minutes by car and around 20 on foot with a child.

She first applied for a placing request in January this year but was rejected as Quarry Brae is at capacity. 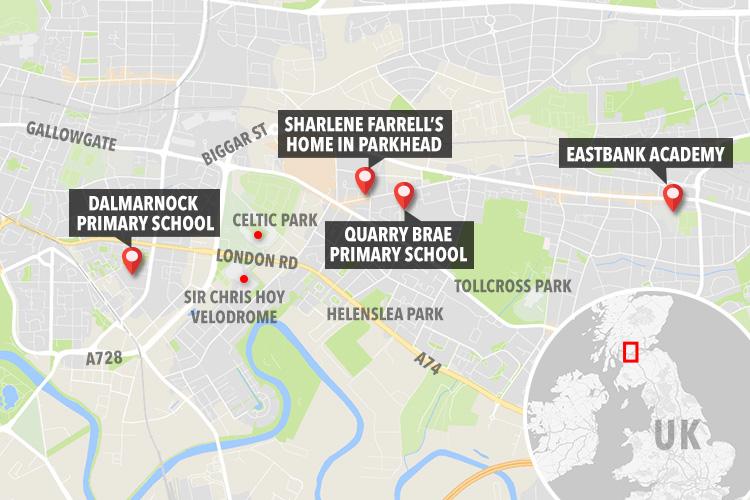 Sharlene appealed and her case went to a panel at Glasgow City Chambers, where Sharlene had to give evidence. Her case was again rejected.

Sharlene added: "This leaves my family in an impossible position. My nine-year-old daughter can't move schools at this stage in her education and leave all of her friends.

"Denver's friends all have younger brothers and sisters coming to the school after the holidays and she wants to know why her little brother isn't coming too."

As a backup measure, Sharlene has also applied for a placing request for Ace at Wellshot Primary, which is closer.

Their dad works full-time and leaves for work early in the morning so there's no way around it."

She now must phone Quarry Brae and Wellshot on August 13 – two days before school starts back – to find out if her son has a place at either school.

A council spokeswoman said: "Unfortunately with placing requests and future siblings, there are simply no guarantees of a school place and it will all depend on the current school roll and number of catchment children starting school.

"We know that this can be very upsetting for families, but the school is at capacity and all placing requests – and in some cases, catchment children – have been refused to Quarry Brae Primary School for the beginning of term until spaces become available.

"The new school in Dalmarnock – Riverbank Primary School – is opening in 2019 and will give families an alternative option in this area of the city."

The plan is to create one key criteria for each of the 30 secondaries across the city.