Nicola Joslin, 29, from Witham in Essex, said the “stress and worry” of the situation was taking a toll on her mental health. 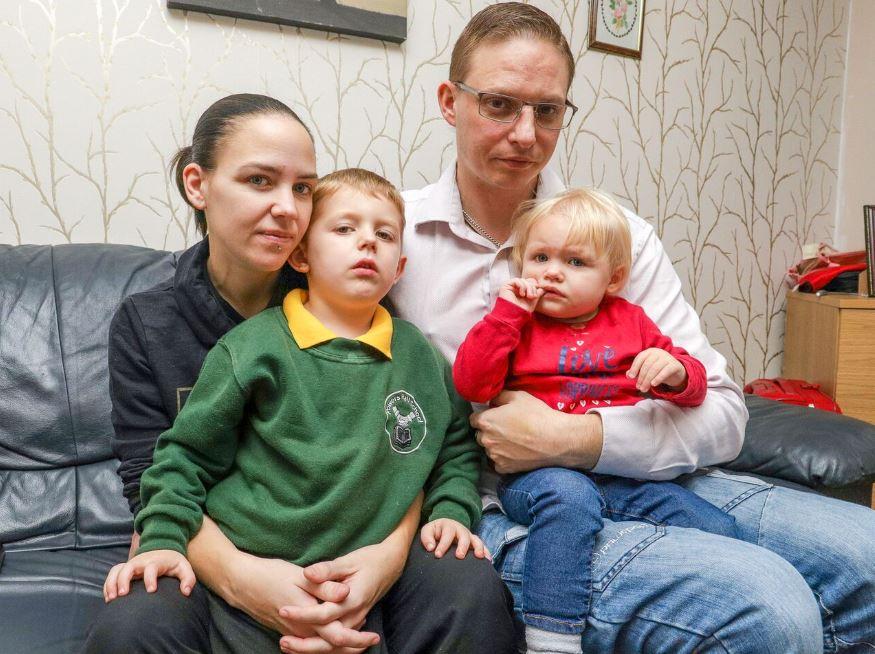 She had found it difficult to pay for her kids when she was switched onto Universal Credit, the new welfare system which bundles six existing benefits into a single monthly payment.

But her payments were cut entirely when her partner, Rob, 35, moved in three months ago.

They were left with no fixed income and served with a possession notice meaning they could lose their home.

Nicola said: “I keep thinking I’m going to have my kids taken away from me because I can’t provide for them and it’s not my fault.

“That’s what the end result is probably going to end up being if we get evicted… they could go straight into the care system.” 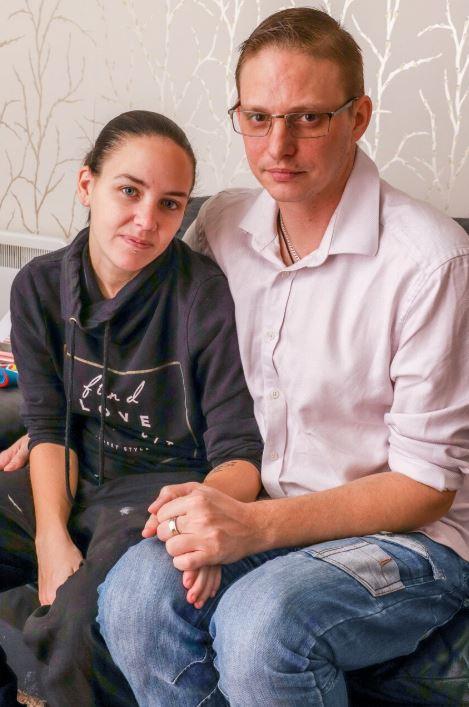 The couple are now relying on money Rob, a university student, receives from student finance, to provide for their children, Paige, who is 18 months, and Leo, who is four.

Rob, who is studying cyber security at Anglia Ruskin University, gets £3,000 from student finance every three months.

Nicola told Essex Live: “I was receiving just over £1,200 a month [when I first moved to Witham], which went towards the children and £600 was going straight to rent.

“Everything moved out to Universal Credit, even Child Tax Credit. I wasn’t aware of that and was still claiming it.

“I got a letter one day telling me I owed £268, they told me the Child Tax Credit had stopped and the money had to come out of my payment.” 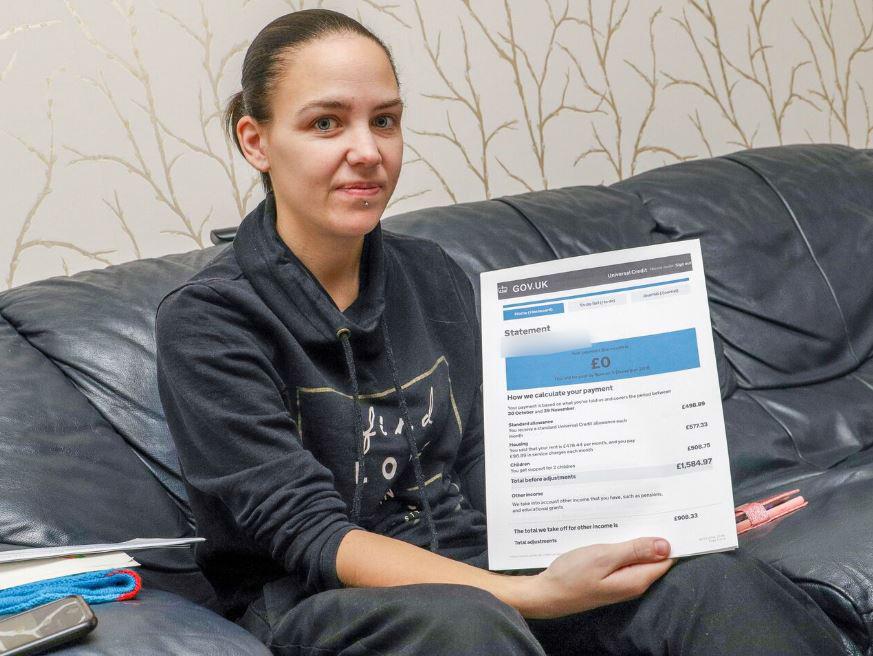 But since September, when Rob moved in, the family have got nothing at all from Universal Credit.

The new welfare system was designed to make claiming benefits simpler, combining six different payments into one, but has proved controversial, with reports of IT issues, massive overspends and administrative problems.

The scheme is being implemented across Britain in phases, but claimants have said the five-week wait to get their first payment has pushed them into debt.

“It’s heart-breaking to know the only way we would be financially stable again would be if me and Rob broke up and separated”, she said.

The family are relying on food bank vouchers and the kindness of people in the community to provide for Paige and Leo in the lead-up to Christmas.

Nicola said: “It’s got us to a point where it’s affecting our mental health badly.

“At the moment part of me wants to give up fighting and let everything fall apart, but the other part of me tells me to keep going because I have two kids to fight for.

“It’s trying to keep strong and it’s one of the most difficult things I’ve ever had to do.”

IF you're experiencing trouble applying for your Universal Credit, or the payments just don't cover costs, here are your options:

Apply for an advance – Claimants are able to get some cash within five days rather than waiting weeks for their first payment. But it's a loan which means the repayments will be automatically deducted from your future Universal Credit pay out.

Alternative Payment Arrangements– If you're falling behind on rent, you or your landlord may be able to apply for an APA which will get your payment sent directly to your landlord. You might also be able to change your payments to get them more frequently, or you can split the payments if you're part of a couple.

Budgeting Advance – You may be able to get help from the government to help with emergency household costs of up to £348 if you're single, £464 if you're part of a couple or £812 if you have children. These are only in cases like your cooker breaking down or for help getting a job. You'll have to repay the advance through your regular Universal Credit payments. You'll still have to repay the loan, even if you stop claiming for Universal Credit.

Foodbanks – If you're really hard up and struggling to buy food and toiletries, you can find your local foodbank who will provide you with help for free. You can find your nearest one on the Trussel Trust website.