Jade Elliott, who lives in Matlock, Derbyshire, ordered a £50 Braun Thermoscan from Amazon after one of her two children fell ill last week. 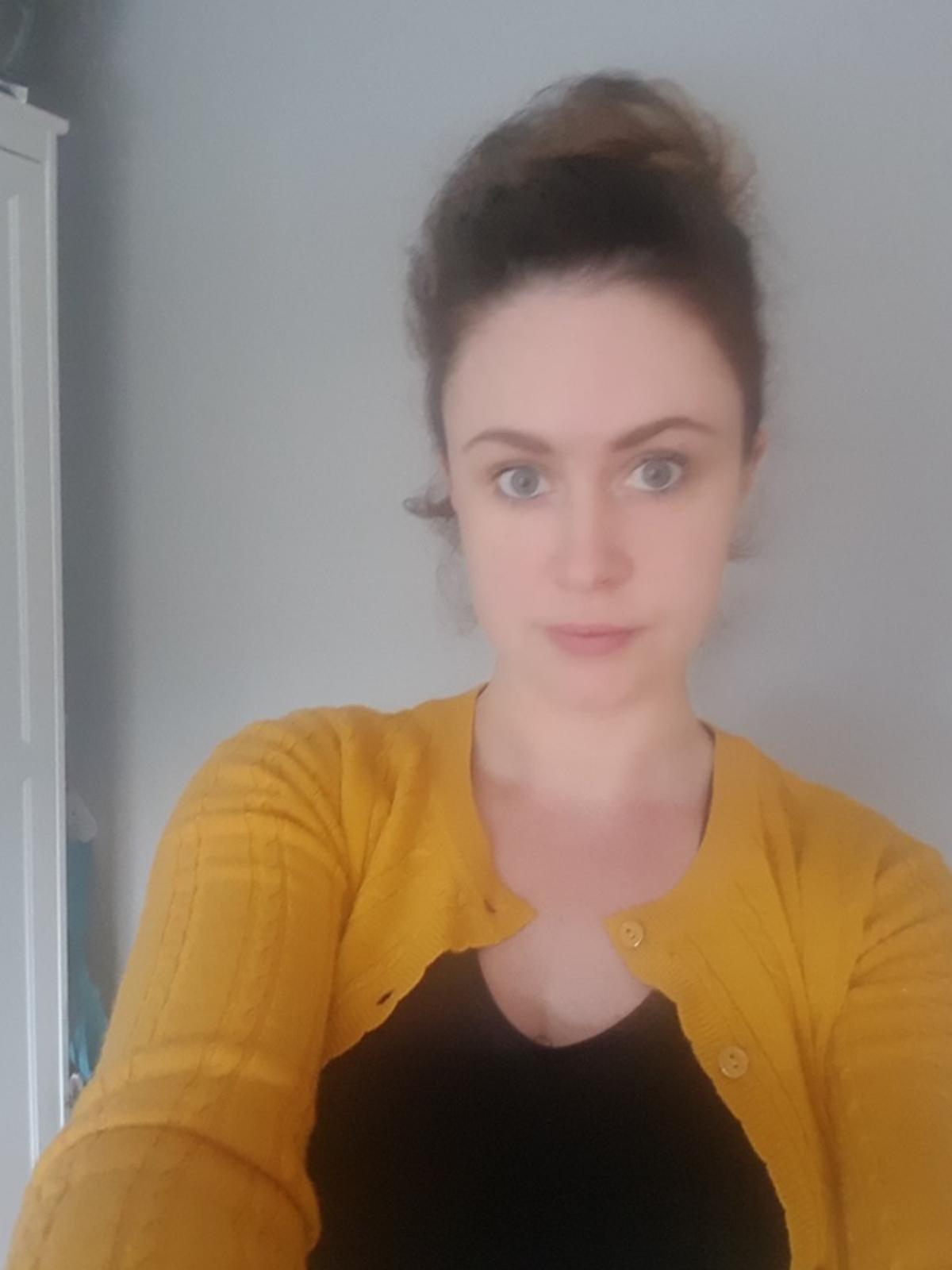 The 26-year-old left the house to take her two children to see the nearby Christmas lights and received a message saying that her package had been delivered by Hermes.

She came home to find a note saying that her package had been delivered through one of her windows but, as she looked around the house, she couldn't find it.

That was when she says she realised that the package had been put through an open frosted glass window and landed in her toilet.

Mrs Elliott said: “You just can’t make it up. I just stood there stunned and just laughed because you just don’t expect it to be there. You have to laugh in that situation.

“Why would a driver decide to post it through a frosted glass window which obviously leads to a bathroom? 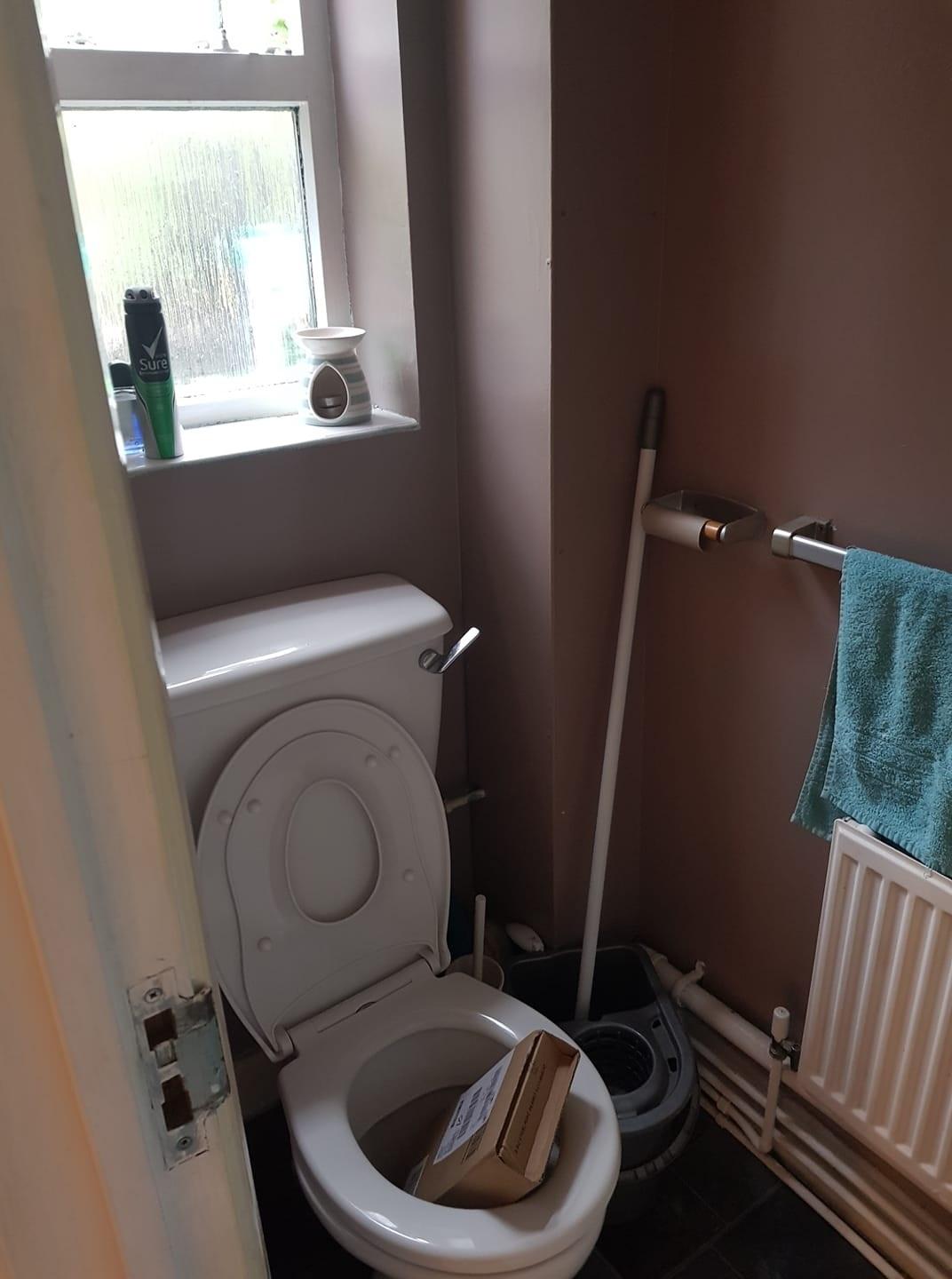 “Luckily it wasn’t damaged but it was a bit wet. The packaging from Amazon was bigger than the box so it cushioned the blow.

“On the path leading to my home is a shed. It could have been left there but instead they just put it into the bathroom window.

“I’m not sure why drivers decide to leave them in stupid places. I hear it's because they don’t get paid if they don’t deliver them."

Jade said she later emailed Hermes to let them know what had happened to her package and received an email back only hours later.

The email, from Hermes' customer services team, said: “Hi there, we’re sorry to see how your parcel was delivered, this isn’t acceptable.

“We can’t find any information using the eight digit barcode on top of the calling card. Please can you send us your 16 digital tracking number, name and address to stop this from happening again? 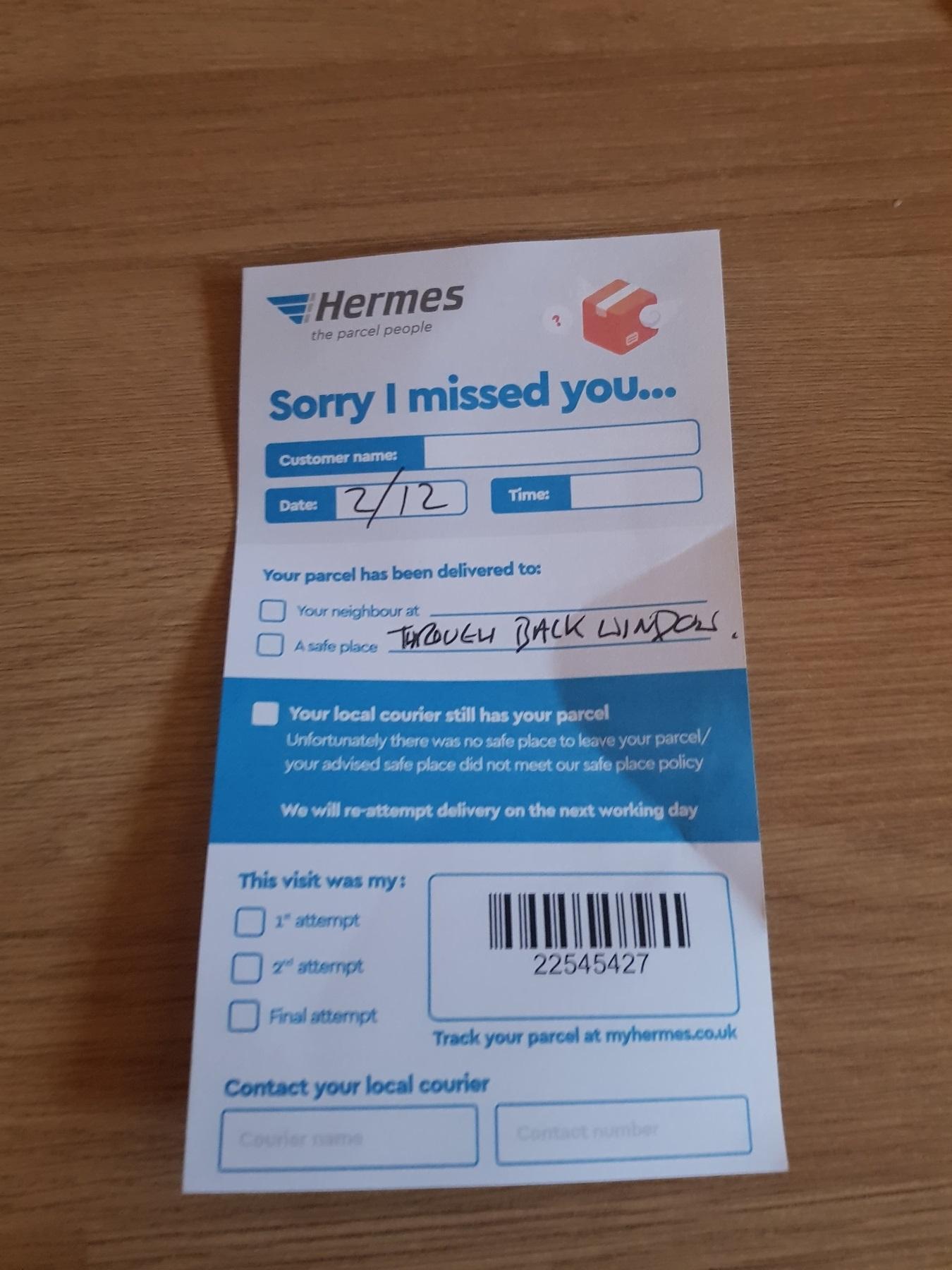 “We hope the contents wasn’t damaged in anyway. If they are, please contact the sender because we wouldn’t be able to contact you directly”.

Jade said that she wasn’t happy about the response. She said: “I think it’s disgusting that they deliver my parcel like that and then say I should get a refund back from Amazon.

“If they damage it, they should be the ones who pay for it."

A spokesperson for Hermes said: "We would like to apologise to Ms Elliott for what is clearly an unacceptable delivery.

"We have spoken to the courier involved to ensure that this does not happen again."