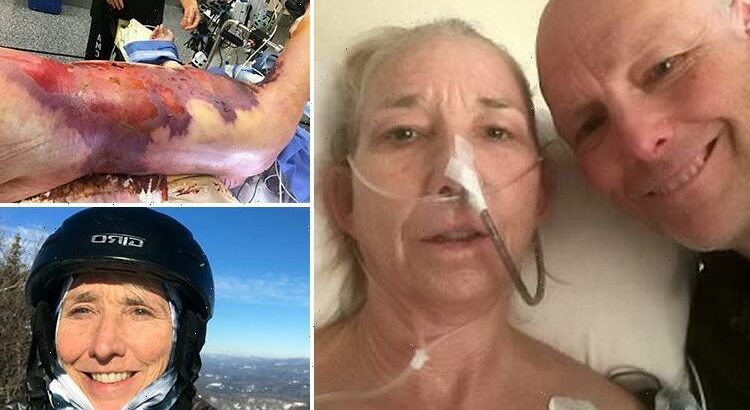 A MUM was left fighting for her life after a tiny cut triggered a vicious "flesh-eating bug" – after doctors mistook pain for a pulled muscle.

Laura Hayes-Meerman lost the skin and muscle from the right side of her body after surgeons were forced to cut away the dead tissue. 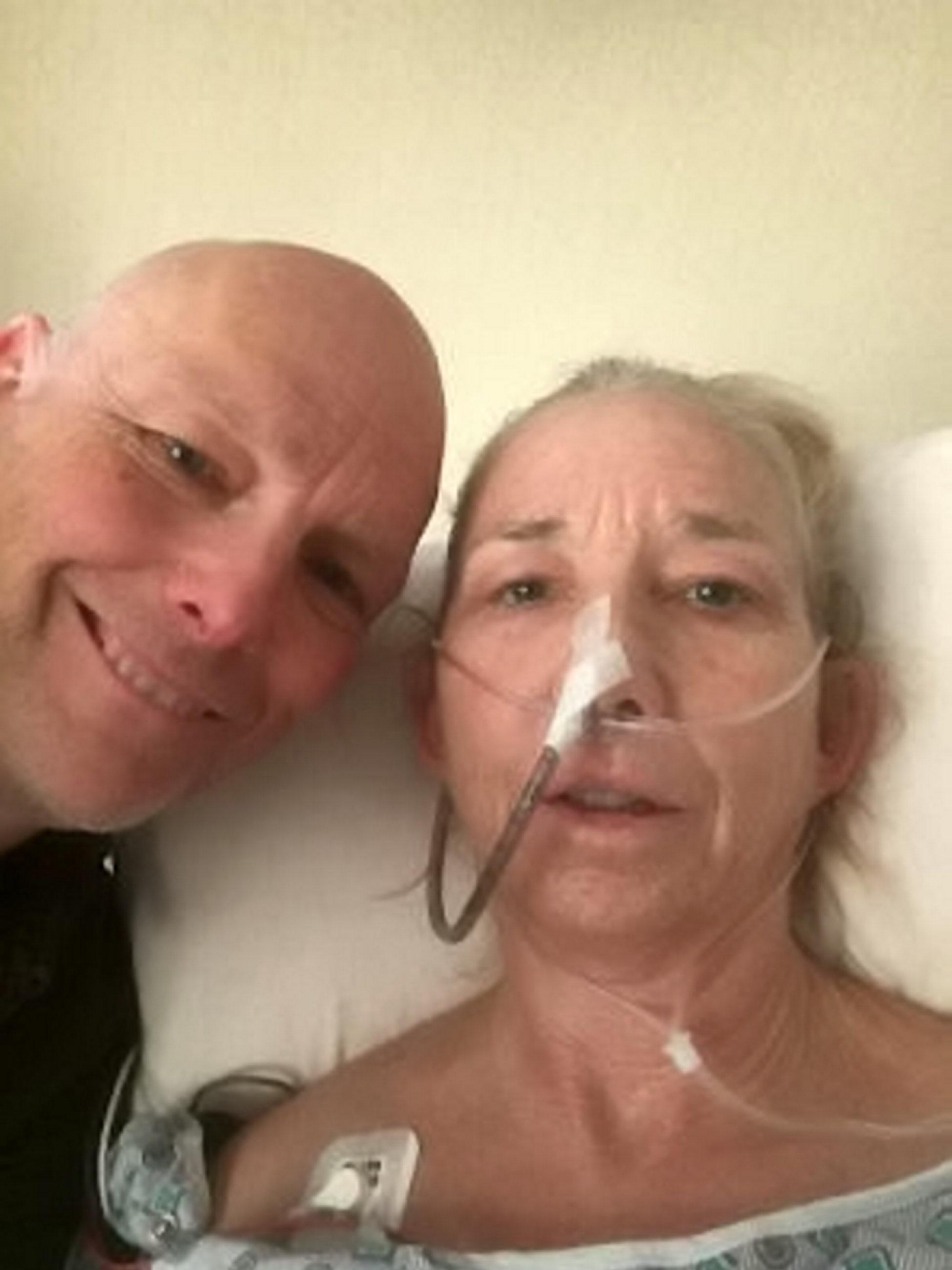 The 52-year-old was on holiday, skiing in Vermont when she began suffering severe shoulder pain.

Doctors suspected a pulled muscle, but unbeknown to them the deadly bug necrotising fasciitis was ravaging the mum-of-two's body.

As the infection spread, she was left fighting for life as her body began to shut down.

Laura, a dance movement teacher, said the last thing she remembers is sitting in a hospital waiting room on December 23 2016. 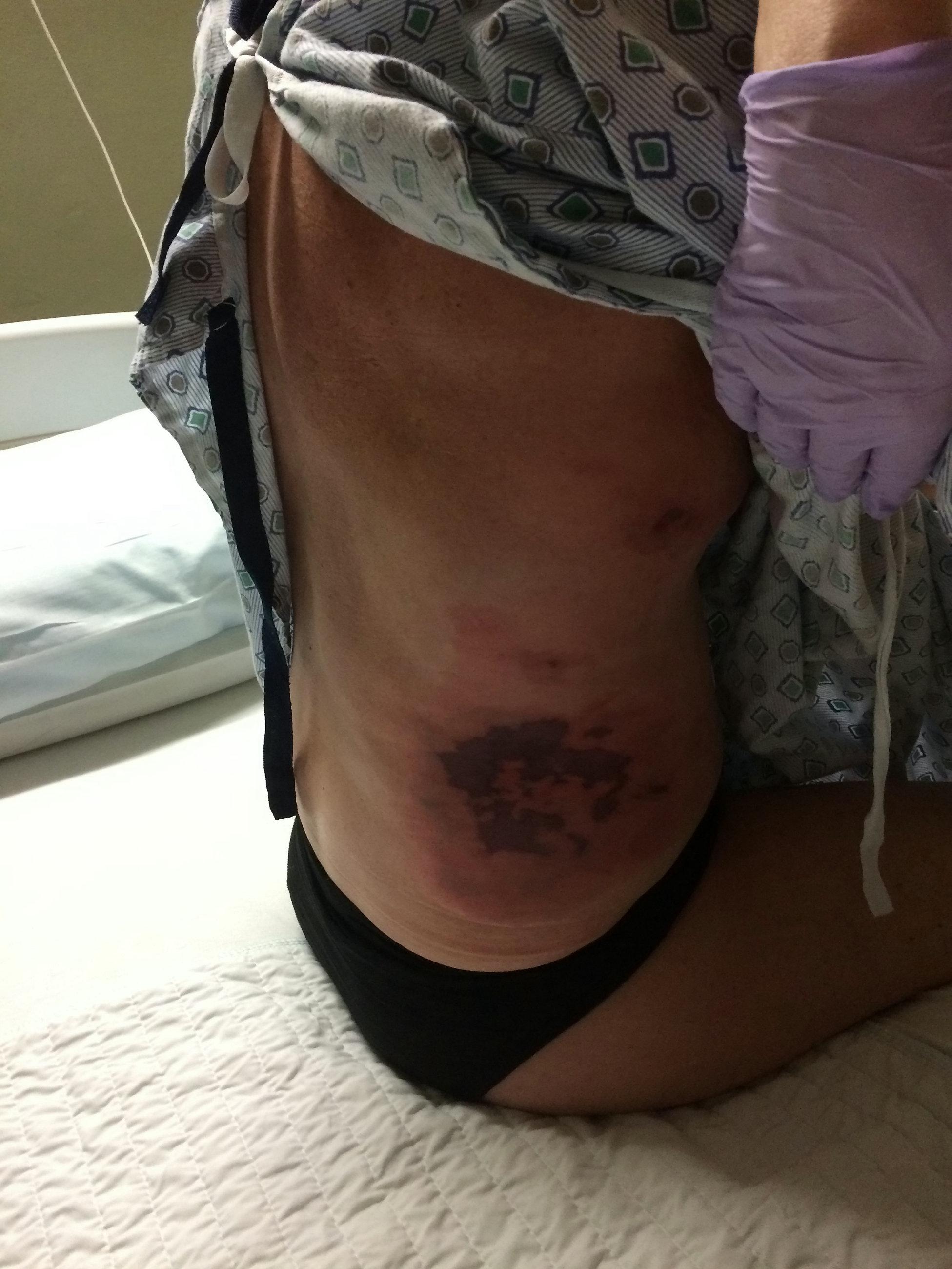 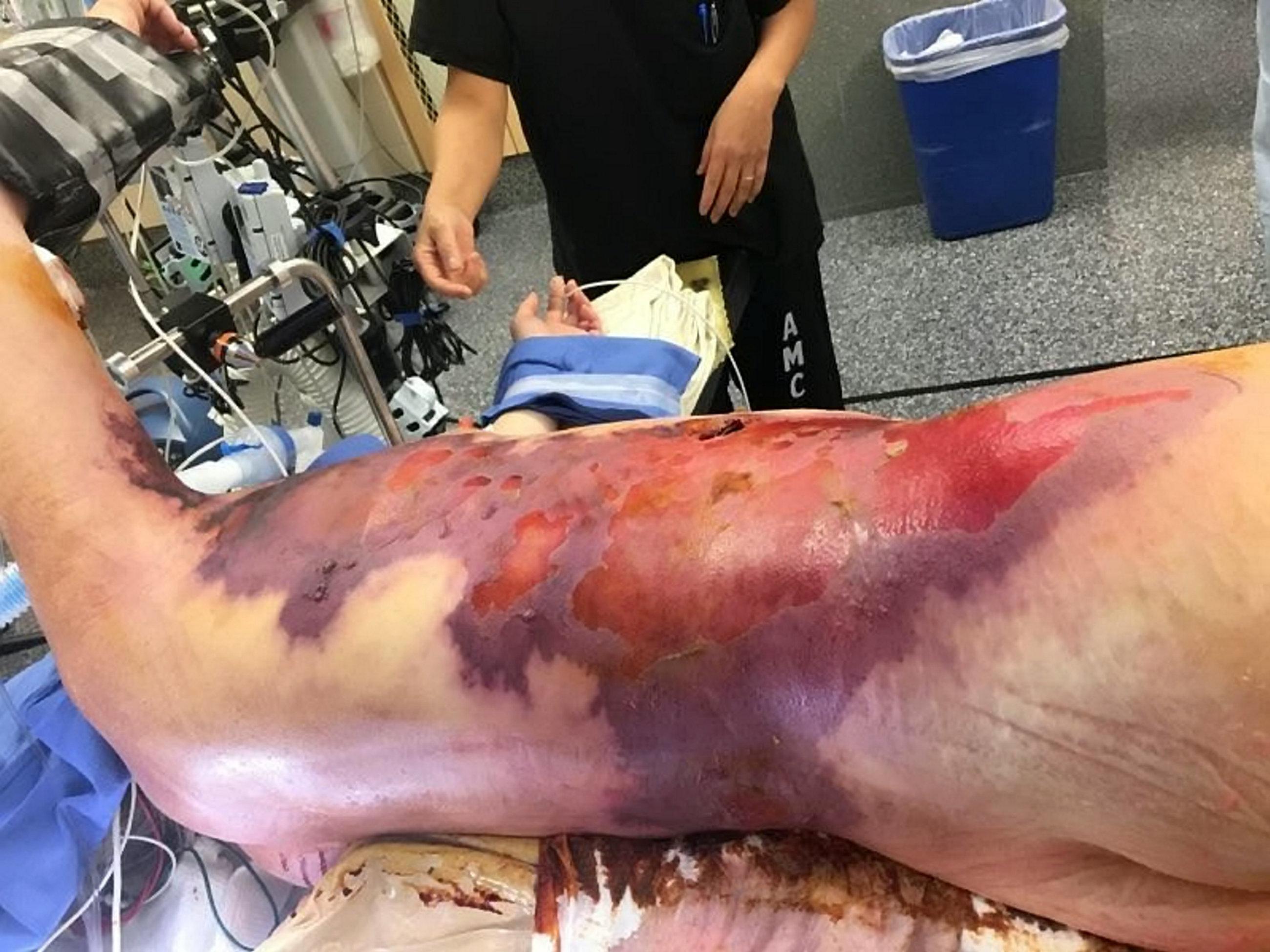 She woke up six weeks later to find her body covered in scars and wounds from 14 surgeries to graft skin from the left side of her body onto her right.

Laura, of Encinitas, California, said: "When I saw my body for the first time I was devastated.

"I was being helped to the shower by a nurse and for the first time I saw my naked body in a mirror and I was heartbroken.

"But I'm alive and I have all my limbs and I see that as extremely lucky." 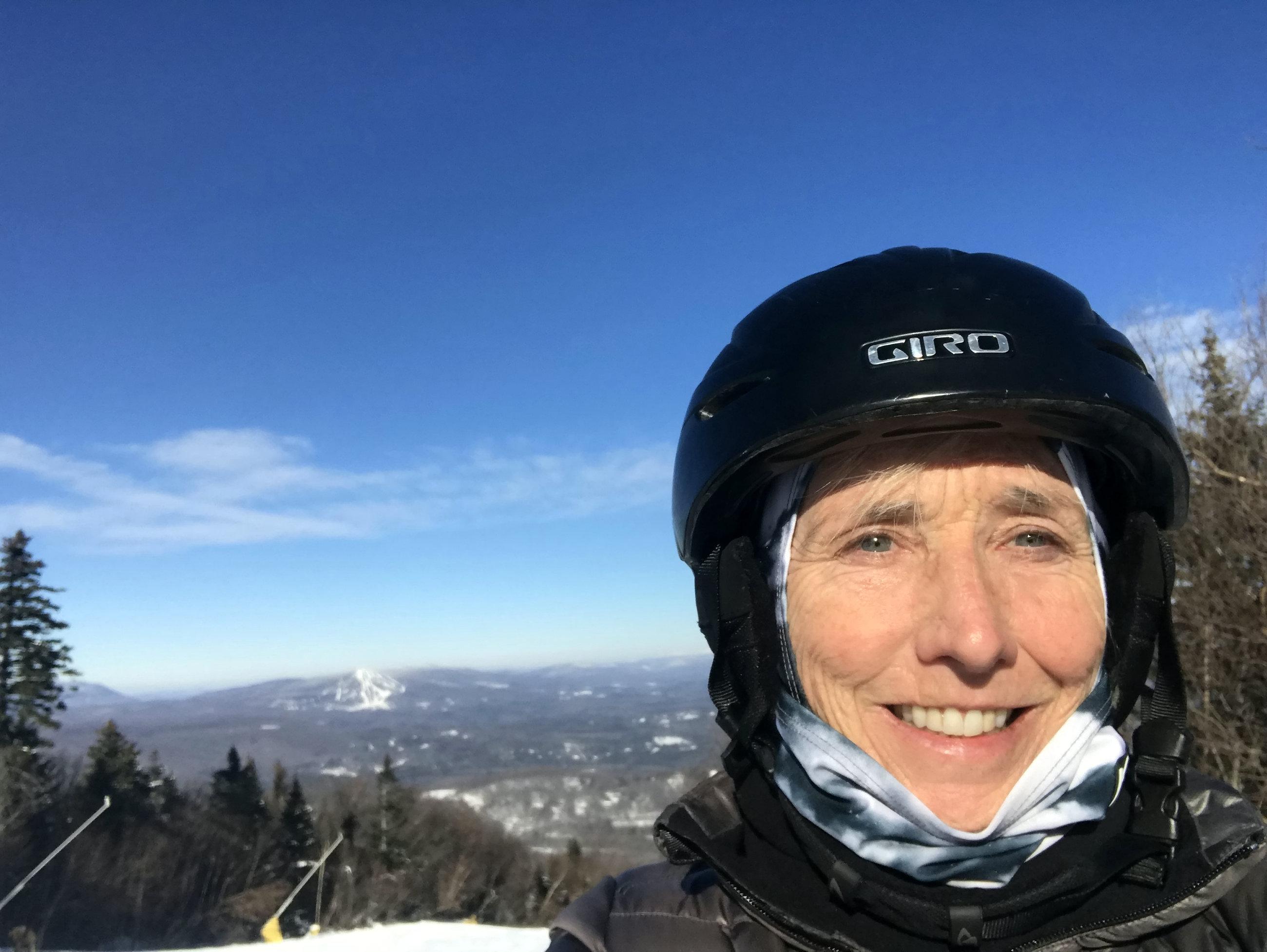 Laura has been told that she contracted the flesh-eating bug from a tiny cut on her right hand.

It got into her bloodstream and spread through the right side of her body.

But the first sign that something was wrong was pain in her shoulder, something doctors at a hospital in Bennington, Vermont, initially dismissed as a skiing injury.

"Nobody knew how sick I was. They were still treating my pain as if I had hurt something while I was skiing," she said. 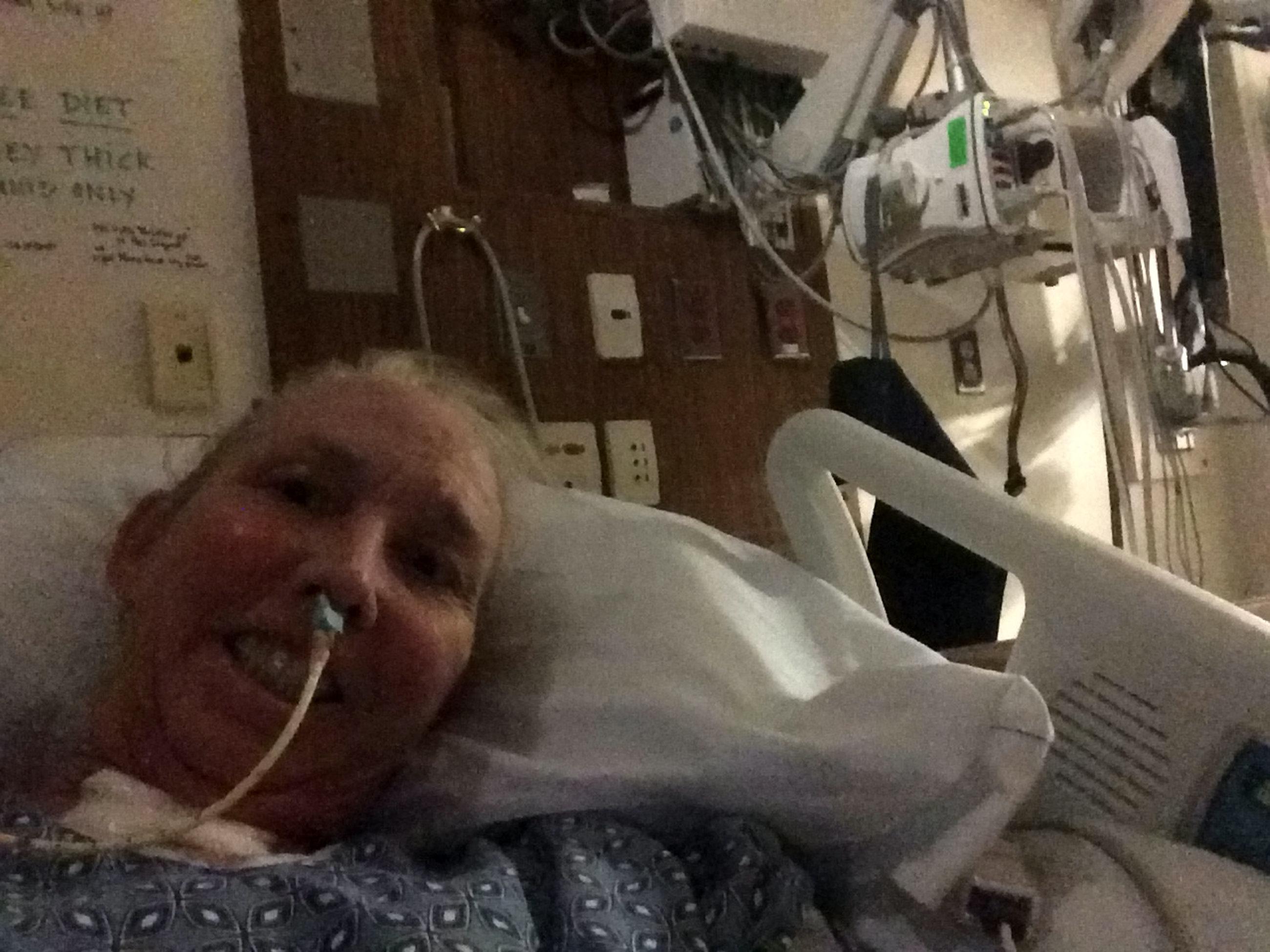 "But then my organs began to fail and my condition became critical.

"It wasn't until my skin began to blacken and blister that they began to realise what was wrong with me.

"My blood tests confirmed that I was battling a strep A infection.

"At this point I was being prepped for surgery to address my bowels, which were failing, but my complete right side was blackening and blistering.

"Basically, this infection was eating away at my flesh." 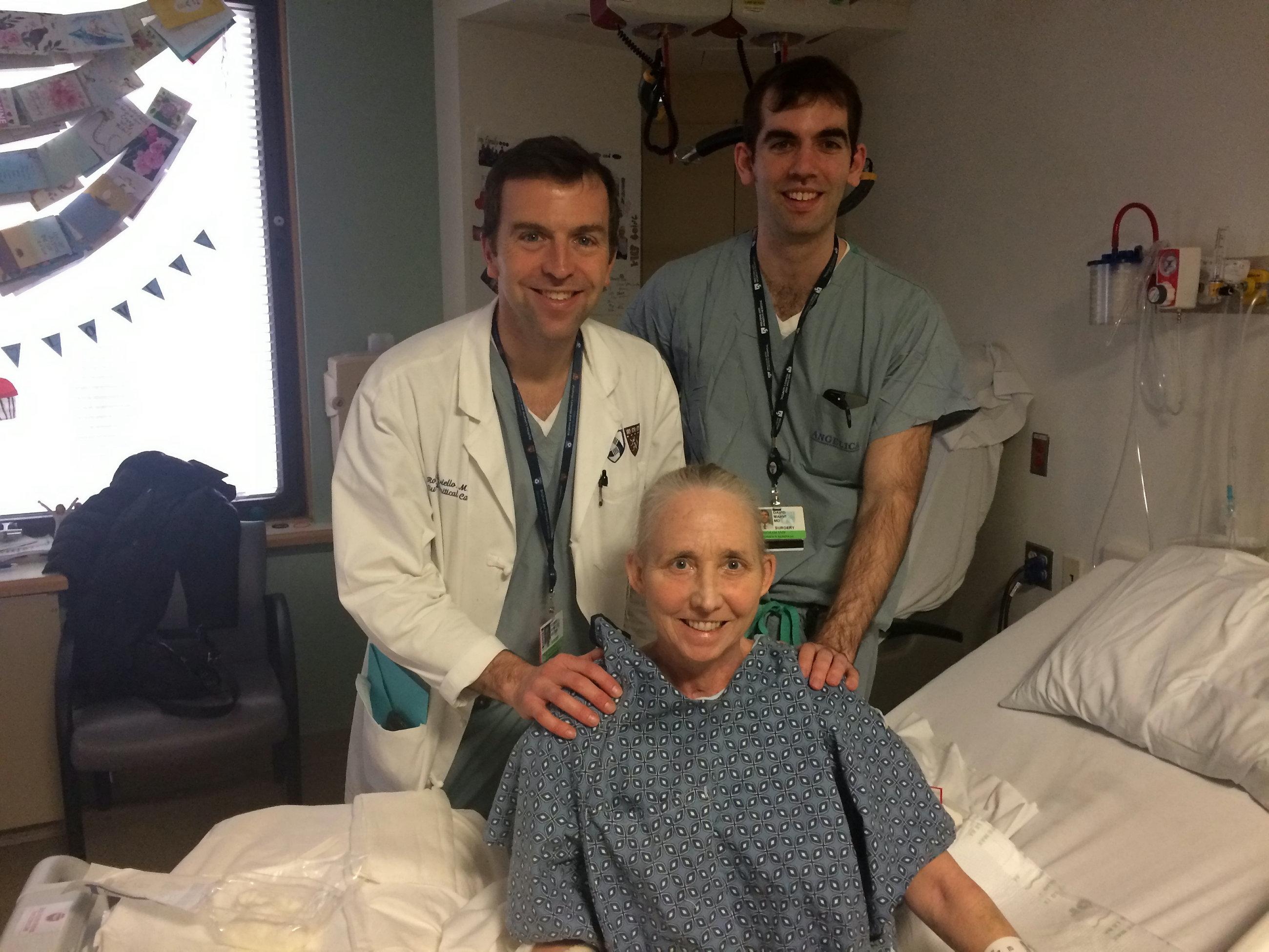 Laura was transferred to Albany Medical Center where, over the next few days, doctors worked to remove the infected skin and muscle in more than five separate surgeries.

As they did so, her son, husband Hendrik, 55, a biochemical engineer, and daughter were told to say their goodbyes as doctors prepared them for the worst.

Laura said: "My son told me when they were all gathered around saying their goodbyes, my mom just refused.

"We've talked about it since and she said that she was definitely in denial because I was so sick at that point it really was touch and go. 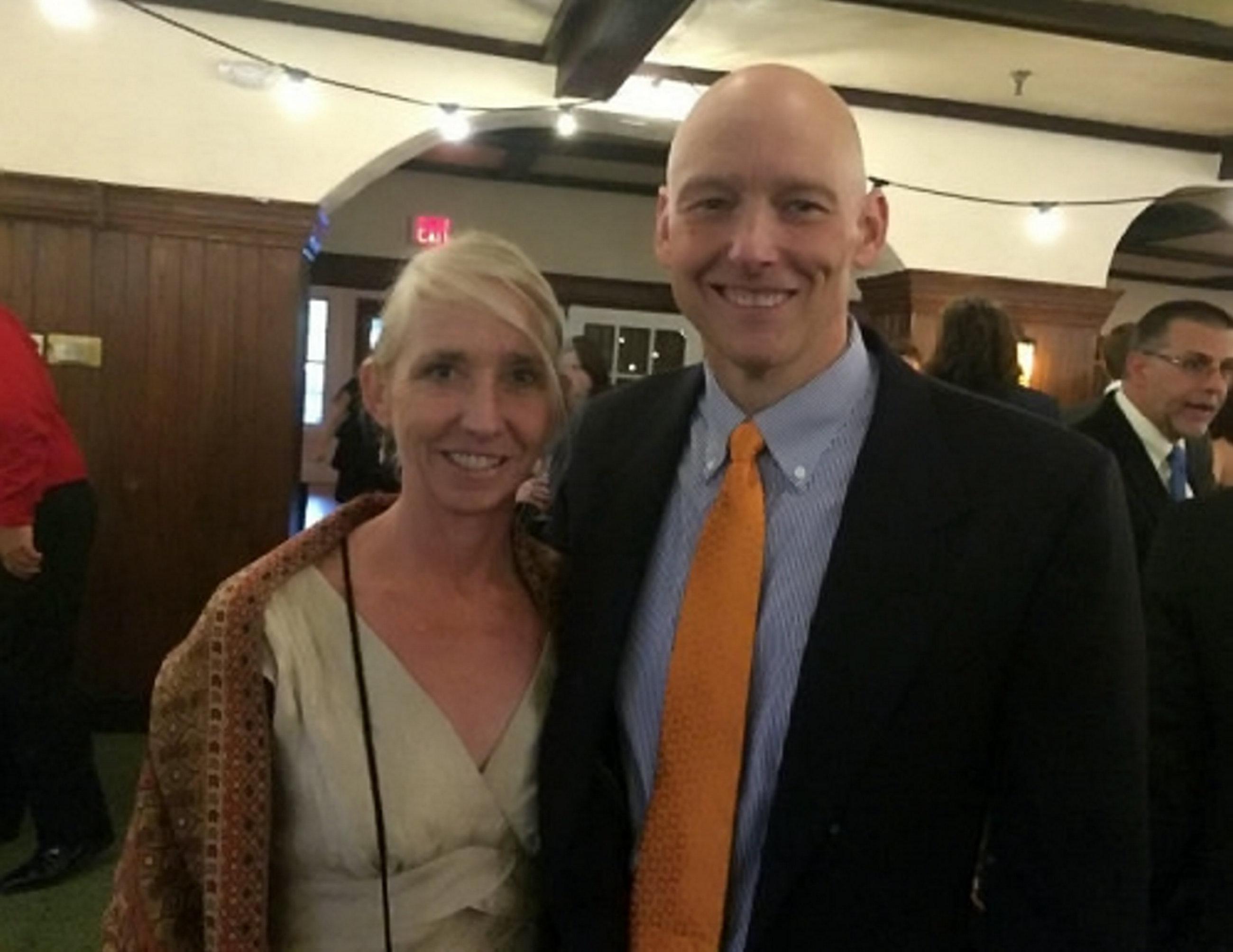 "My son will tell me every now and again that he's lucky he still has me and that I'm not in the grave."

Despite the odds Laura pulled through but is left with permanent scarring on both sides of her body thanks to the skin grafts.

She said: "I was lucky to keep my breast but I've lost a lot of my tummy, even my belly button, and all the way down to my female parts.

"I was very fortunate not to lose my arm, but as with the rest of my body, there was a lot of reconstructive grafting that needed to be done.

"Of course, the grafts were taken from the healthier left side of my body so I have scars on both sides now."

Naturally, Laura's illness was extremely traumatic for her family, who relocated to Boston to be closer to her. 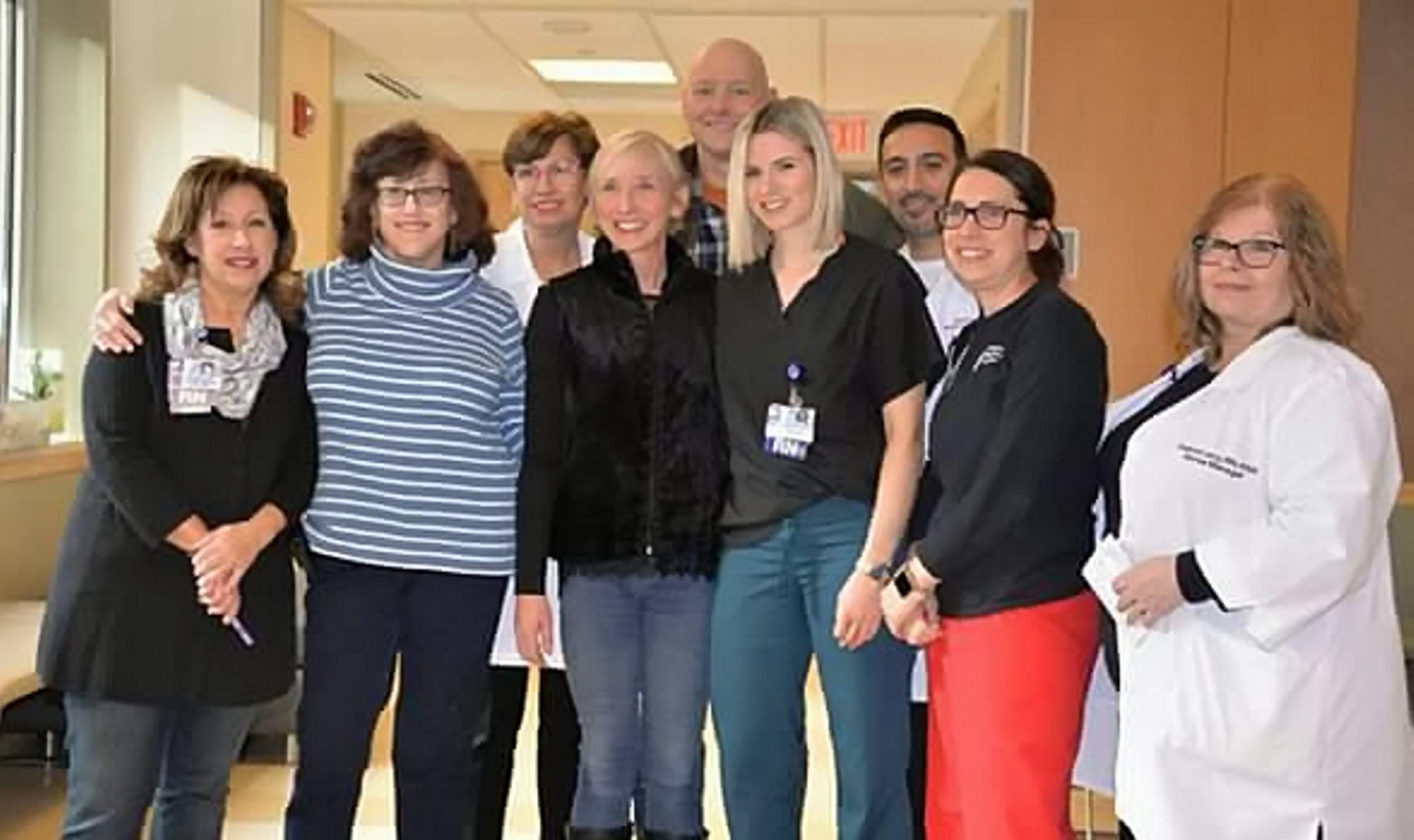 The family have since moved back to California where Laura has continued with her rehabilitation.

The family returned to Albany for their Christmas vacation in 2017 in what she calls a holiday 'do-over'.

Laura visited Albany Medical Center during her time there to thank the doctors who saved her life.

She said: "Last Christmas was such a nightmare that we wanted a second chance.

"I guess I hoped that it would be a healing thing to visit on the anniversary of my illness and it was. 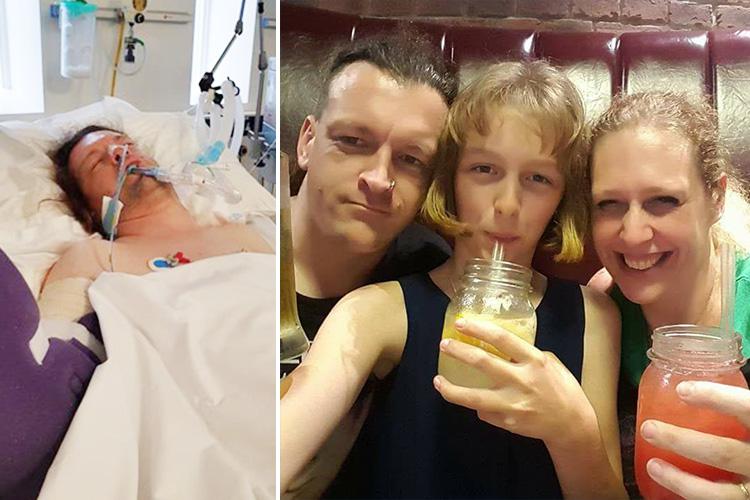 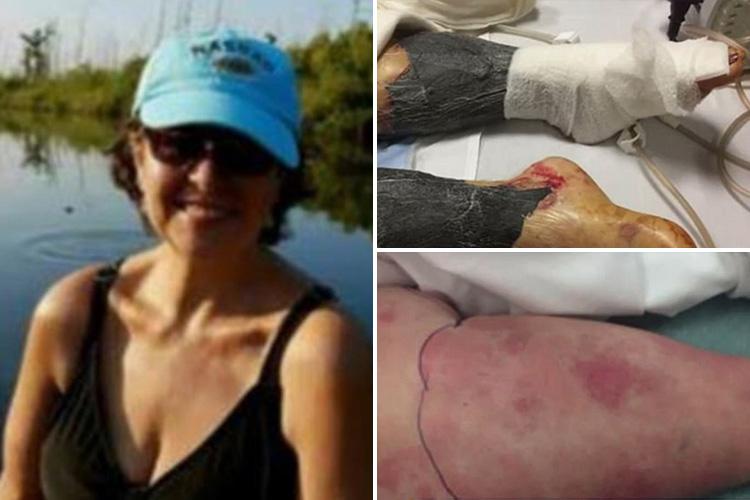 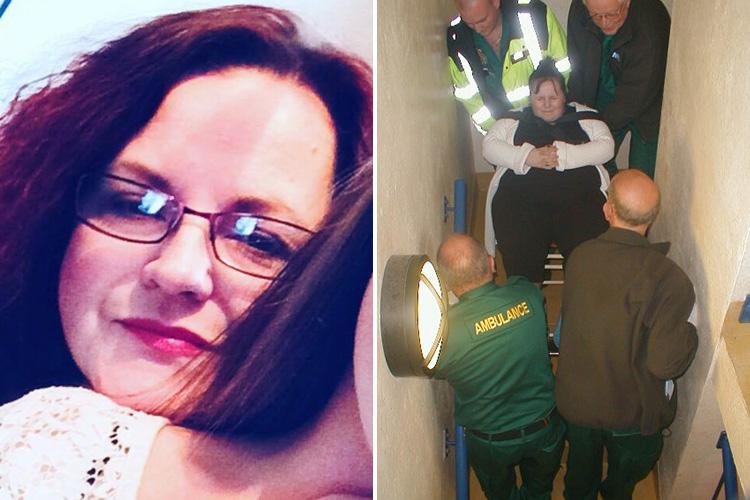 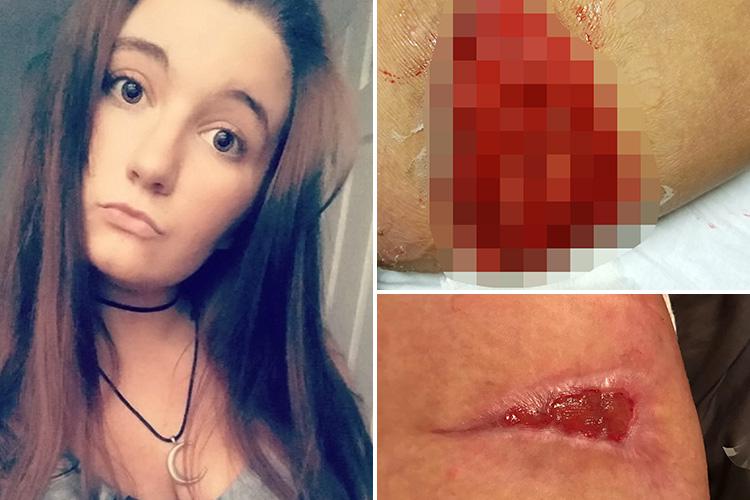 "These doctors worked so hard to save my life and it felt right to go and thank them."

Dr Luke Duncan who was responsible for Laura's care in Albany said her recovery has inspired his colleagues.

"Seeing Laura in person was a great experience for the doctors and nurses that had spent so many hours caring for her.

"She has an indomitable spirit and to see her smiling, walking and enjoying her annual family tradition travelling to Vermont for the holidays was a wonderful reward."