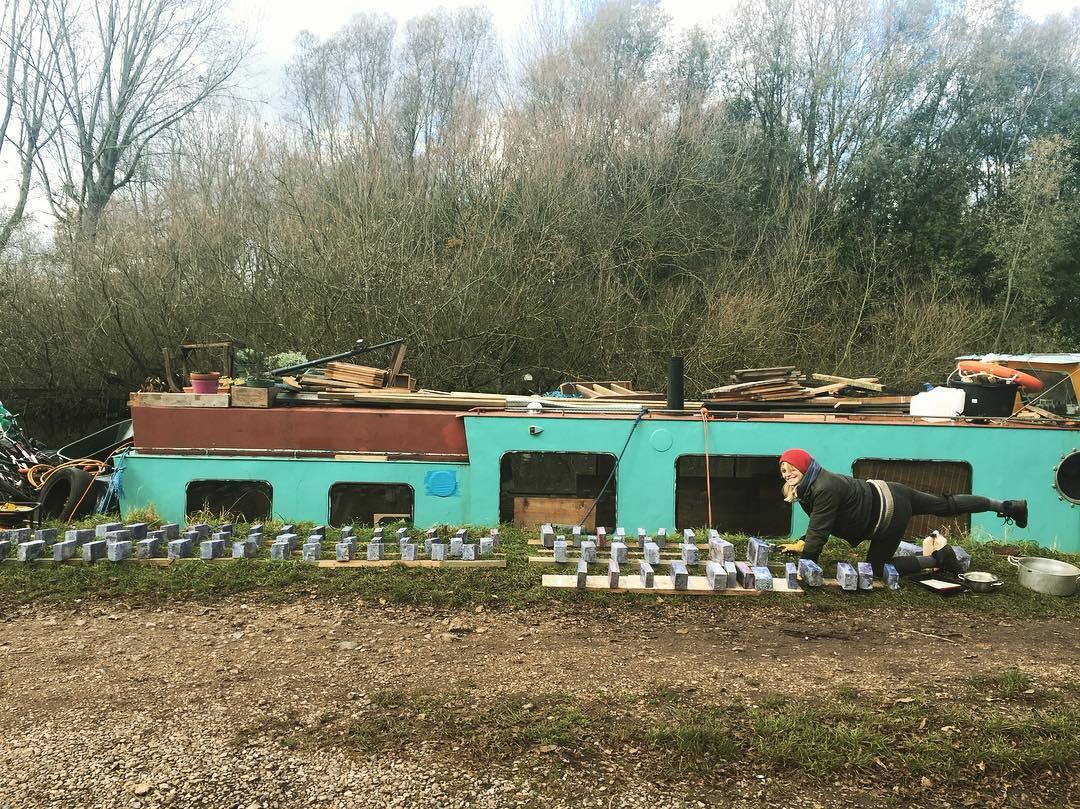 She lives on the boat with her partner Maarten and baby Willow in Hackney, East London.

The mum-of-one, who works part time as a model and actress, got sick of renting in London after ten years and decided it was time for a change.

She told the Mail Online: "I was renting in a property worth around £800,000 and I felt so at home there but I just knew it was never really mine."

After hours of hard labour, Kimberley was able to convert the old barge into a stylish, comfortable home for her family, even doing the plumbing and electrics herself. 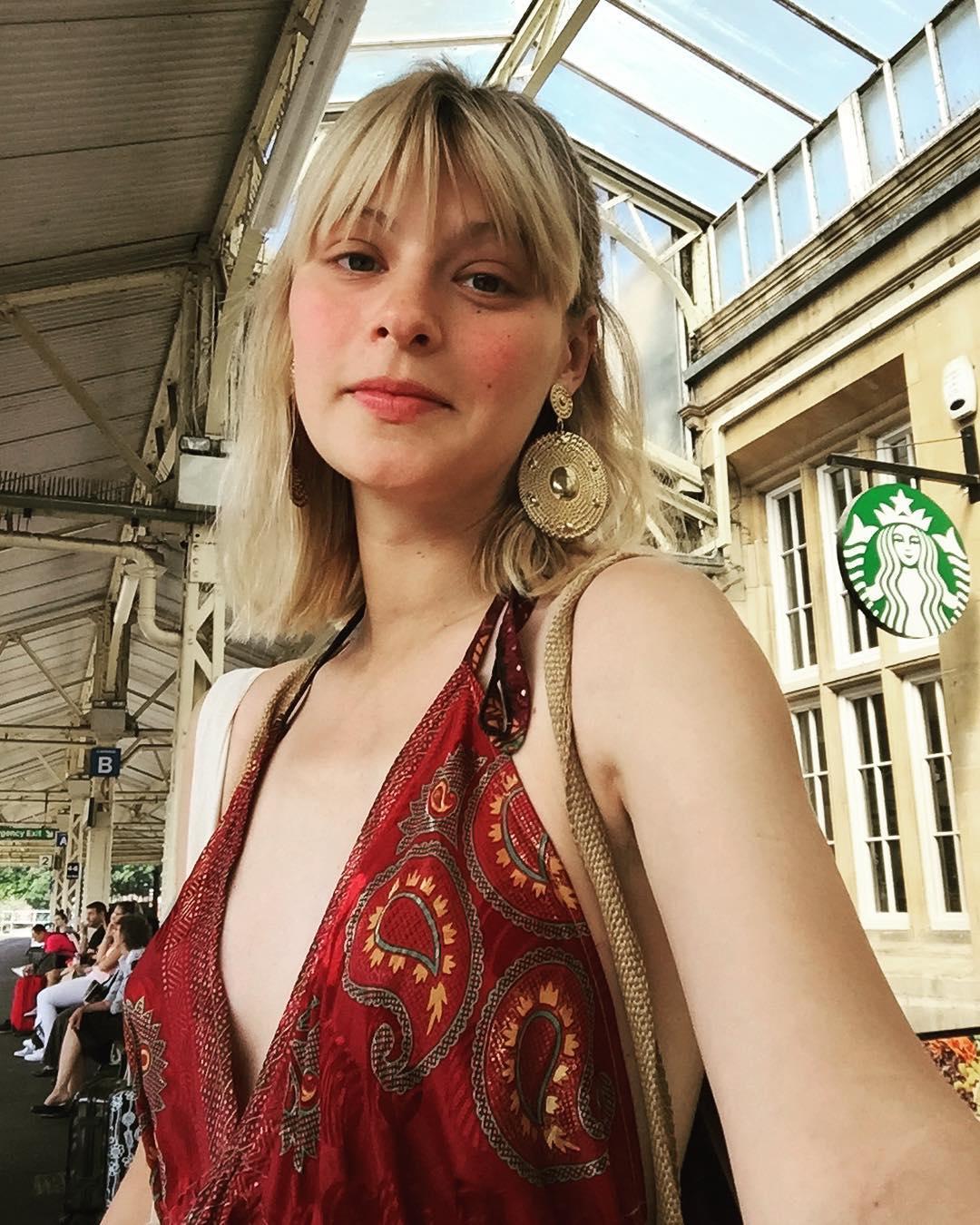 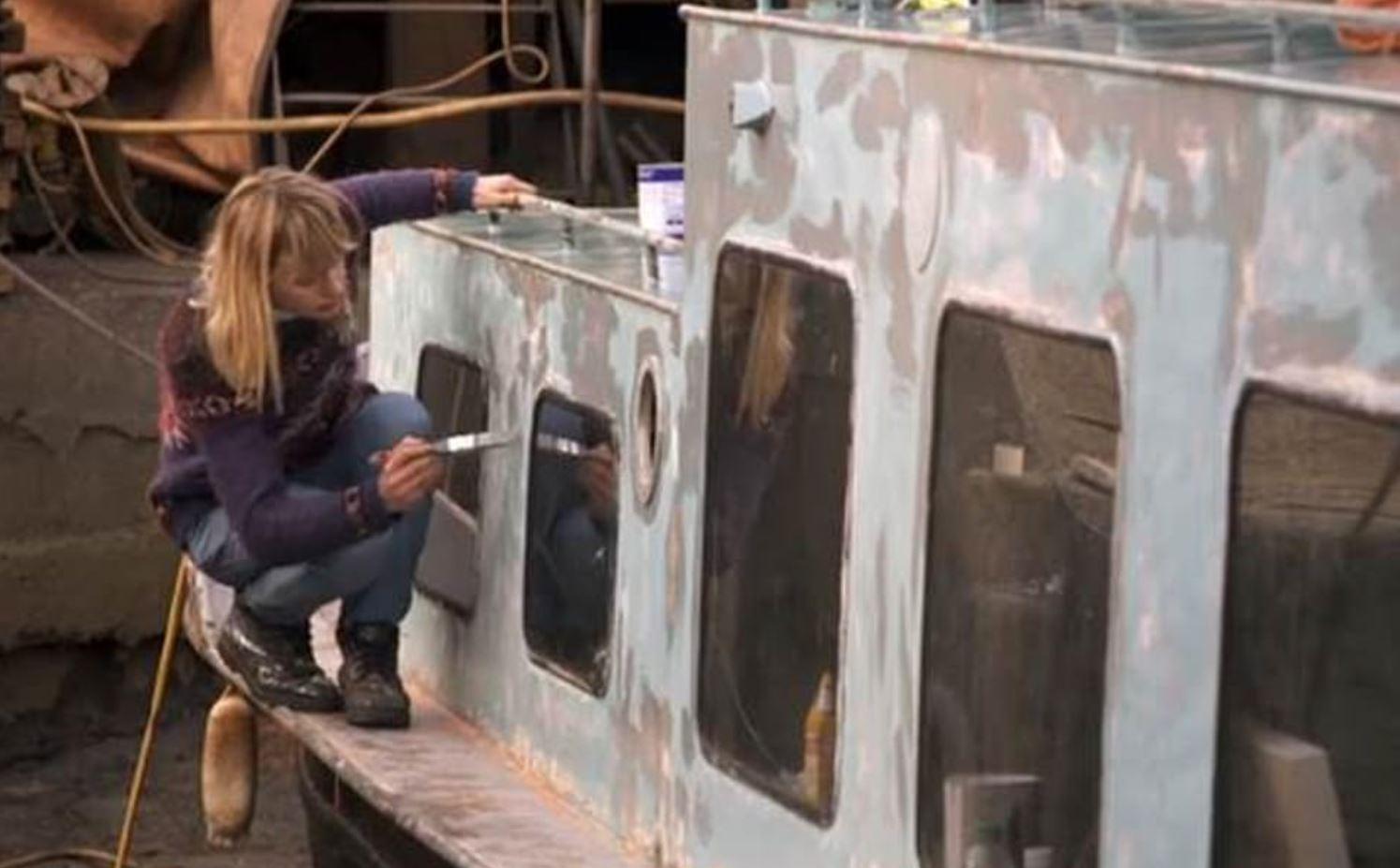 She got the idea after meeting a girl who lived on the river and used the extra money saved on rent to invest in her own business.

Since then Kimberley has appeared on Sarah Beeny's How To Live Mortgage Free on Channel 4.

She started off by spending £100 on five pots of paint to transform the outside of the boat – but it was only then that she realised how much work it would take on the inside to make it liveable.

She said: "It's just when you see something looking nice, you start seeing what the boat could become and it spur you on." 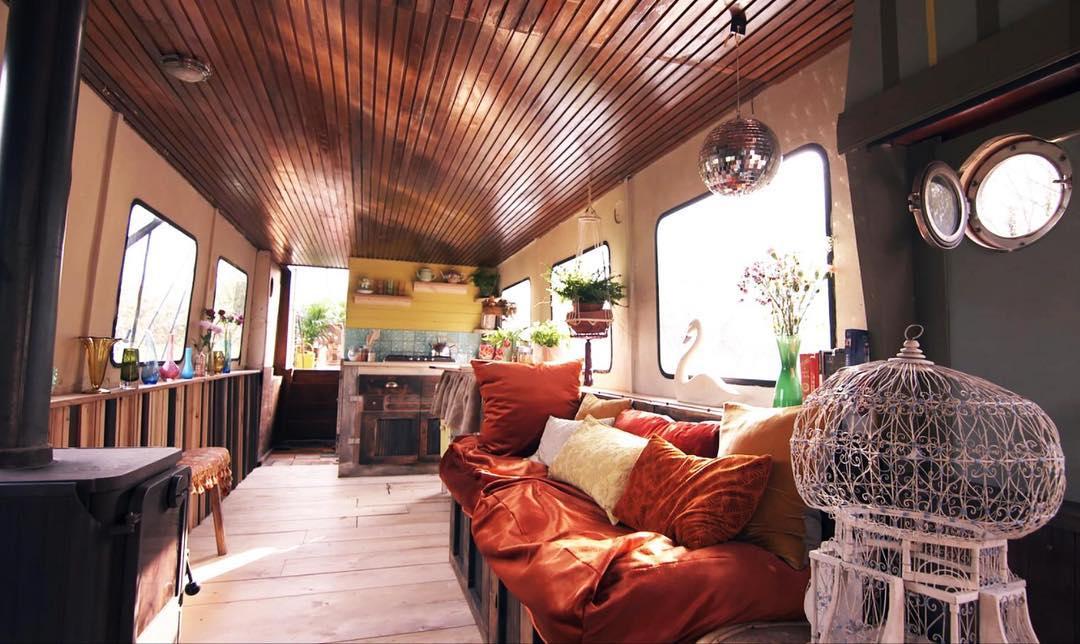 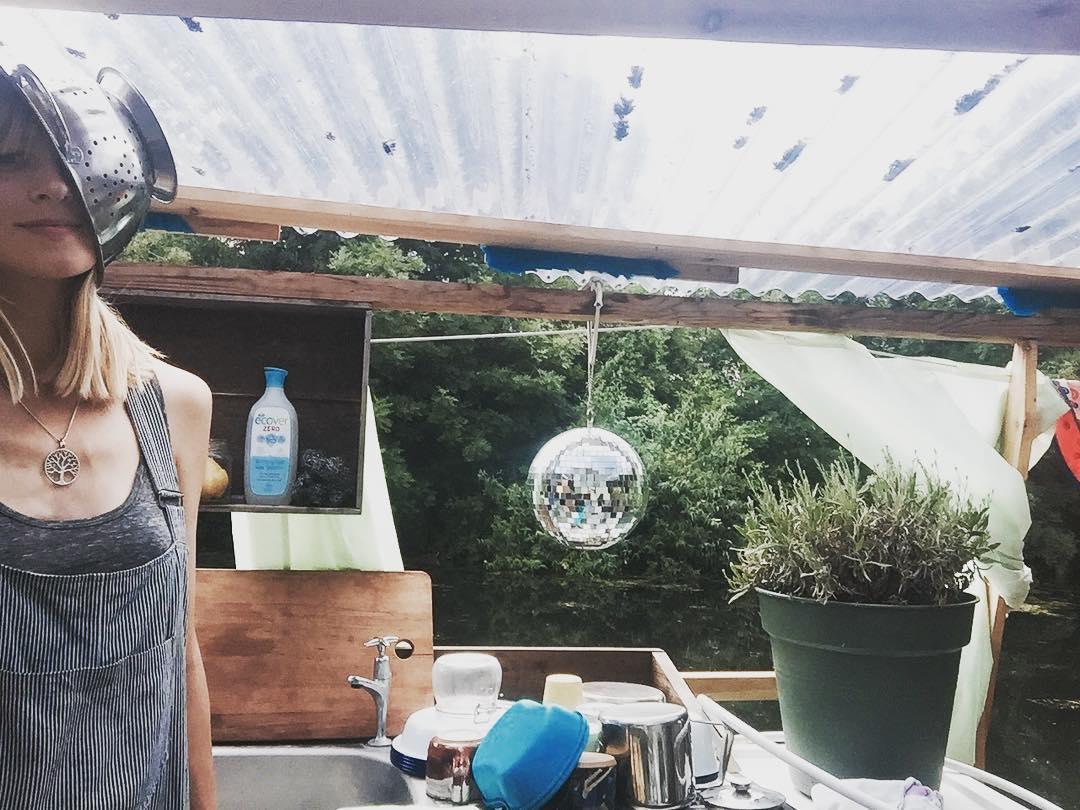 As there were no boat plumbers to hand, she had to learn on the job, teaching herself how to do the water and electrics.

She received a lot of help from fellow river-dwellers, with new neighbours chipping in on the complicated electrical work, as well as teaching Kimberley how to build a sofa and even bringing her lunch as she worked. 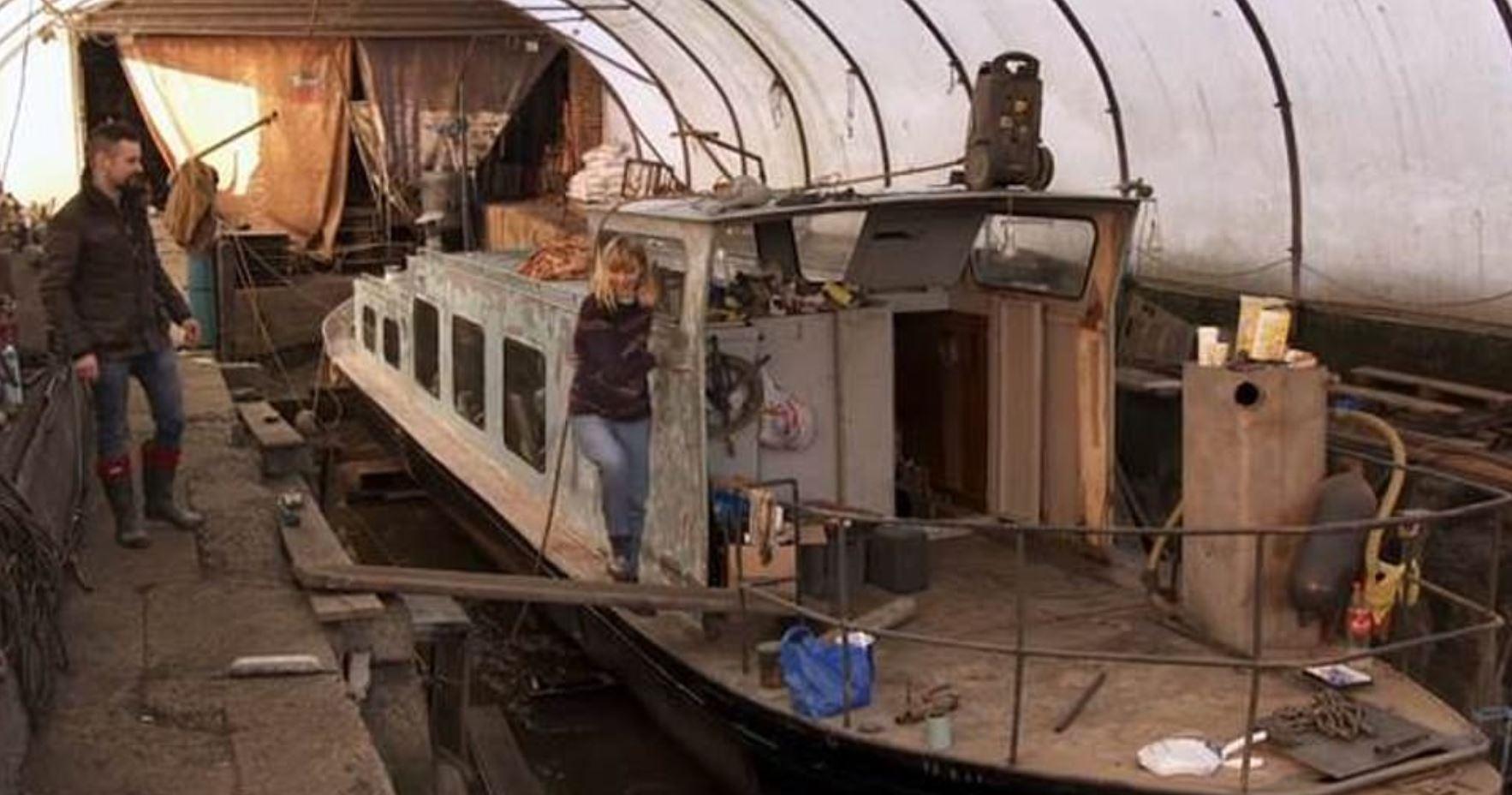 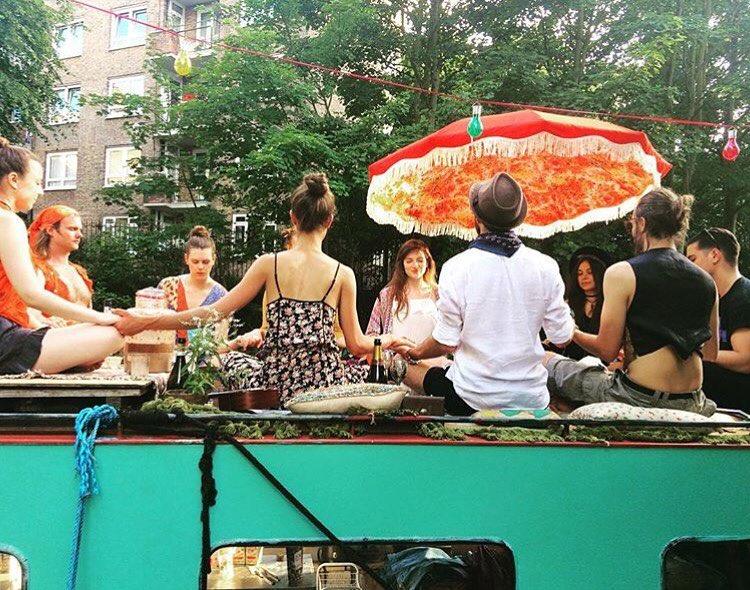 She said: "Most of it you end up doing yourself. But what was amazing was the amount of people living on the canals who stopped by to help."

Kimberley moved into the boat before it was complete and came home to the barge with her newborn baby after giving birth.

She said: "The first time we brought her home from hospital it was winter and I was worried it would be cold but it was absolutely fine. It's been challenging at times but she loves it." 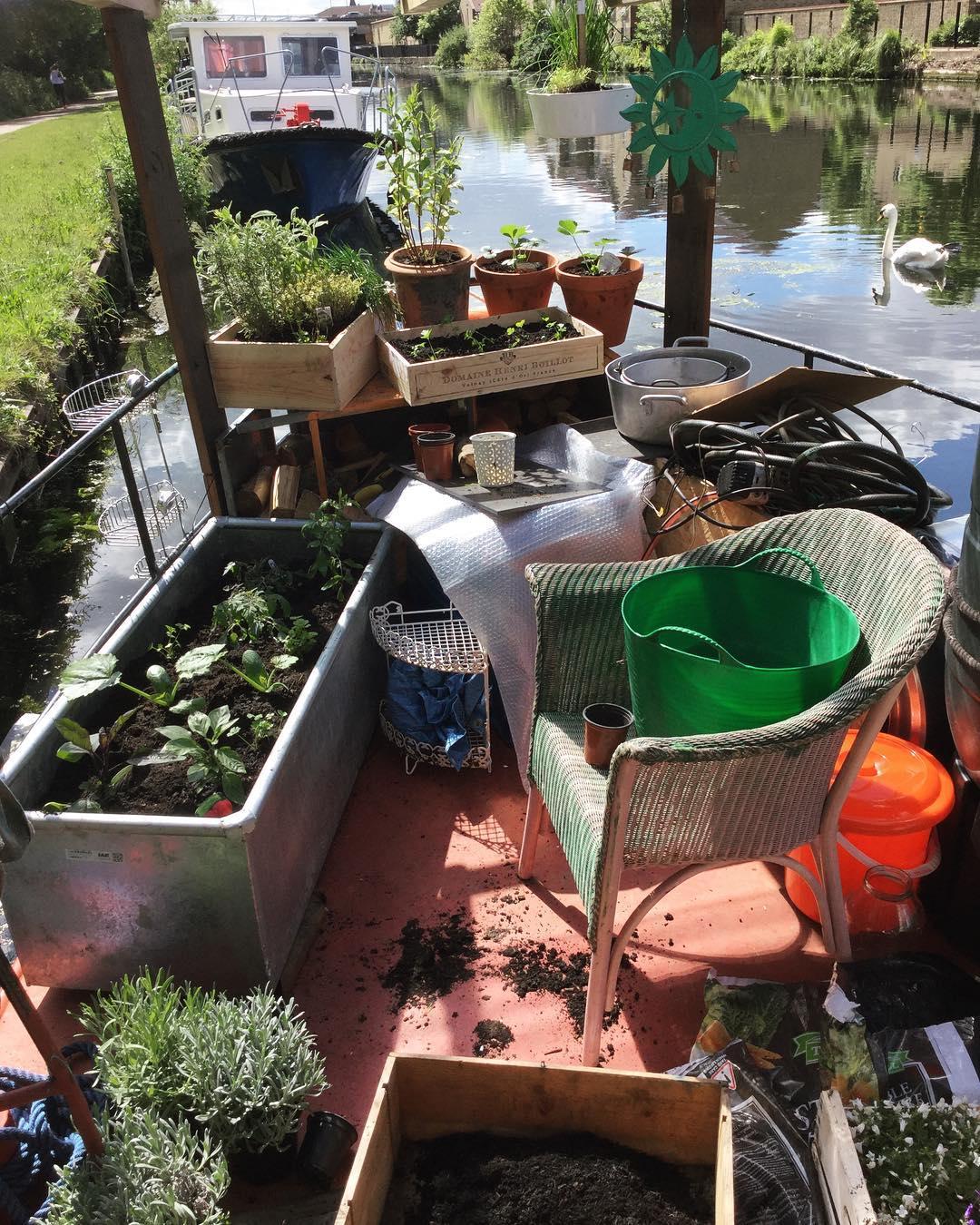 She spent her £1,000-a-month savings on further renovations and the boat now has solar panels installed.

Kimberley hopes to soon add a water filtration system that will make barge water suitable for use on the boat.

Other luxury features on board include a living area and two-person shower, bringing her total investment up to £32,000.