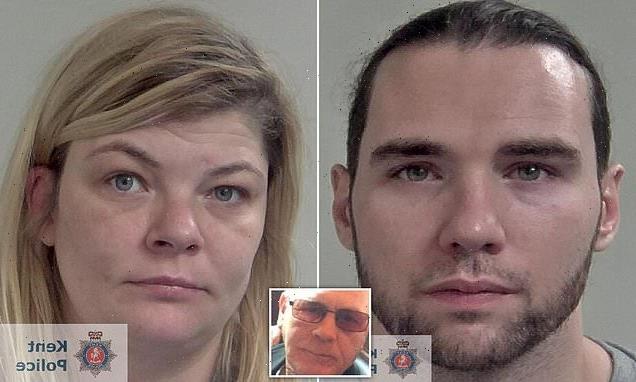 ‘Evil’ mother-of-six and her boyfriend who kissed and laughed after using a broken vodka bottle to torture and murder pensioner, 66, they called ‘dad’ are jailed for life

A couple who kissed and laughed after murdering a frail pensioner they would call ‘Dad’ have been jailed for life.

Paul Wakefield, 66, was described as having been ‘killed by his kind heart’ after he befriended Kayleigh Halliday, 36, and Shane Myles, 32.

The pair brutally attacked and stabbed Mr Wakefield in the chest with a broken Vodka bottle in a row about a TV being knocked over in his flat in Folkestone, Kent.

Halliday, a mother of six, even used the heel of a pair of boots bought for her by the generous pensioner to stamp on his head with ‘considerable force’, a jury heard.

Then, leaving an unconscious Mr Wakefield to die, the pair fled and were captured on CCTV and in selfies ‘in raptures’, said the prosecution, as they kissed, held hands, caressed and laughed.

During the trial they each tried to blame each other, but were both found guilty and given life sentences.

The mother was told she will have to serve a minimum term of 21 years and three months before she can apply for parole.

Myles must serve 22 years, less 232 days spent on remand, before he can also apply for parole. 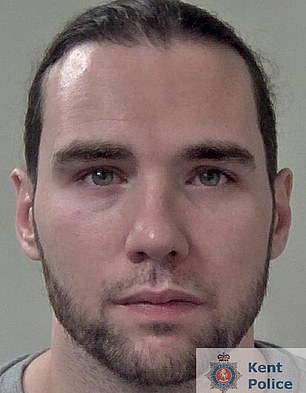 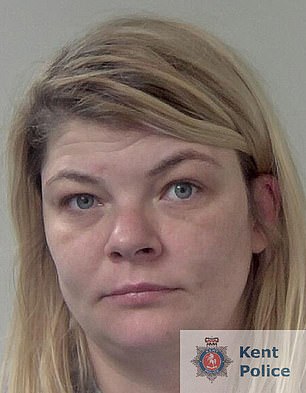 Shane Myles, 32, and Kayleigh Halliday, 36, were given more than 20 years in prison each after brutally murdering Paul Wakefield, 66 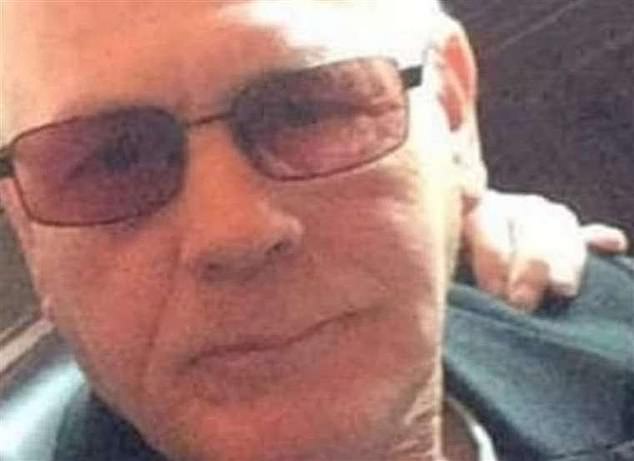 Paul Wakefield died in hospital after being stabbed at his home in Coolinge Lane, Folkestone at the start of this year 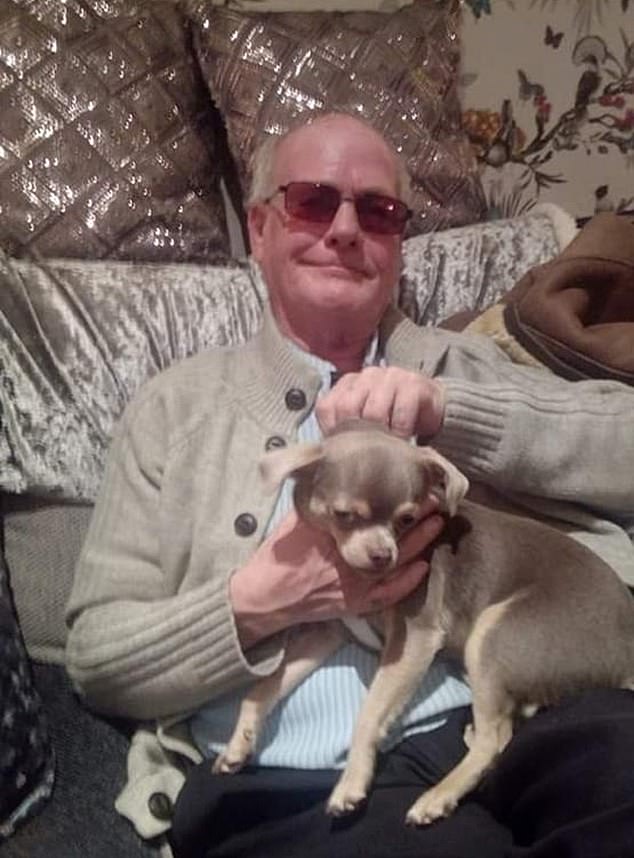 They even stole his phone, wallet and bank card, and talked about running away to Blackpool before they were arrested a few hours later.

Both stood trial earlier this month for Mr Wakefield’s murder, with Halliday, who has previous convictions for violence, pleading guilty at the close of the prosecution case.

Myles, said to be the father of at least one of her children, continued to deny the charge but was found guilty by the jury.

The court heard he has 34 previous convictions for 77 offences, including battery, assault, burglary and arson.

He was on licence from prison and also subject to a suspended sentence for assault when he murdered Mr Wakefield.

Sentencing them at Maidstone Crown Court, Kent on Friday, Judge Philip Statman said they had shown ‘no mercy’ to their victim – ‘an extraordinary man to have known’ – in their joint ‘outburst of violence’.

‘Mr Wakefield was subjected to a grave attack by both of you acting together’ he told them.

Mr Wakefield would refer to Halliday and Myles as ‘daughter’ and ‘son’, often helping them out despite his limited means

‘He was a character in his own community. He was gregarious, he enjoyed life, he had a caring and loving family.

‘It is clear beyond doubt that he was someone, despite being of limited means, who was prepared to share what he had with you.

‘He regarded the two of you as being like a son and a daughter, and both of you repaid him in this terrible manner.

‘You murdered him in his own home where he should have felt safe and secure.

‘This was a brutal attack where no mercy was shown to him by either of you.’

Judge Statman added that their ‘cavorting’ in the aftermath demonstrated they had ‘neither a care in the world’.

Halliday, who cried in the dock, also covered her tracks by disposing of her bloodstained jumper and trying to ask a friend to provide a false alibi.

Myles, said the judge, had a temper which ‘when sparked was terrifying to observe’, and any remorse expressed was ‘self-centred’.

The court heard how the couple subjected Mr Wakefield, described in tributes as ‘a true gentleman with a heart of gold’, to ‘an attack of real brutality’ on Sunday, January 2 this year. 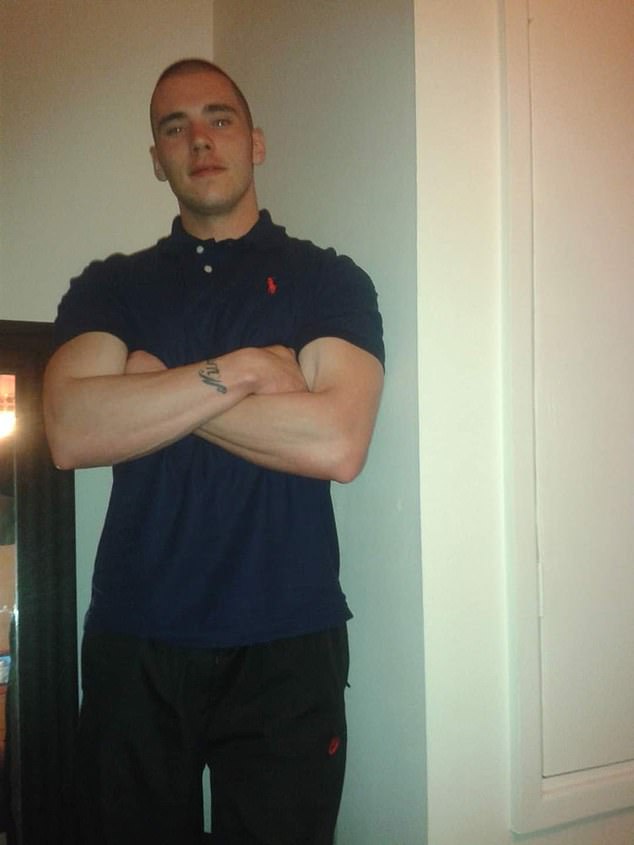 Although much younger than Mr Wakefield, Myles and Halliday regularly socialised with him and although not related he would also refer to them as his son and daughter.

The court heard they had known him for at least six years, and took advantage of his generosity which included ‘taking in waifs and strays’.

Mr Wakefield was also in poor health and, when hospitalised with pneumonia in 2021, Myles cruelly stole his TV and a framed photograph of his late mother.

Halliday was staying with Mr Wakefield around the time of the murder, having split from Myles. But he joined them at the flat and they spent the afternoon drinking.

He was laying on his back, his head half under the sofa in a pool of blood and with his jumper pulled up.

He had two stab wounds to his stomach, five rib fractures and ‘catastrophic’ injuries to his head which exposed his skull and caused a severe brain bleed from which he died in London’s King’s College Hospital the next day.

The friend who made the grim discovery described the flat to the 999 operator as looking ‘like World War Three’.

After their arrests, Myles, of Rock Avenue, Gillingham, Kent, and Halliday, of Crown Lane, Sittingbourne, Kent, blamed each other for Mr Wakefield’s ‘ferocious’ beating. 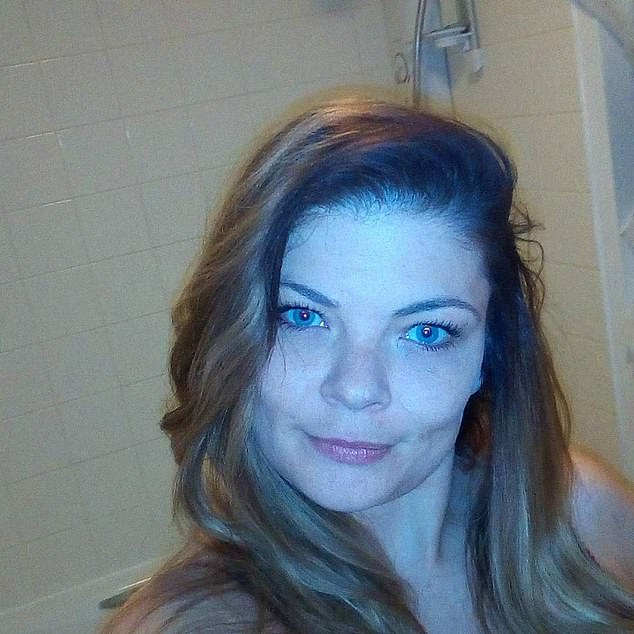 Referring to the pensioner, Halliday told police: ‘I have done nothing but help that man out.’

They later admitted manslaughter but at their trial for murder prosecutor Simon Taylor QC said the lovers had ‘participated in and encouraged each other’ in the violence meted out that evening.

‘It was a savage beating perpetrated by Kayleigh Halliday and Shane Myles,’ said Mr Taylor.

‘This wasn’t a fight, it was a beating. It was a savage attack upon a 66-year-old man in his own house.

Mr Taylor described their lies as to who was to blame as ‘the last refuge of two murderers’.

He said after fleeing the flat, they were seen on CCTV ‘kissing and holding hands’, and with Myles caressing Halliday and laughing.

Selfies shared on Snapchat showed what was described in court as them ‘cosying up and posing for a romantic picture’.

‘There was no regret, no arguments, no contrition. Just kissing, holding hands, caressing and laughing. They were in raptures with each other,’ said Mr Taylor.

On arrest, Myles pushed and tried to punch a female police officer, and later admitted a charge of assaulting an emergency worker.

One of Mr Wakefield’s nine siblings told the court that their brother’s murderers ‘bit the hand of kindness’.

Reading his moving impact statement, Shane Wakefield said: ‘Paul was cruelly taken from us in the most savage way at the hands of those he cared for.

‘He was kind to his killers in ways that people would be amazed at, giving them chance after chance which ultimately backfired.

‘His watchwords were ‘kindness’ and ‘forgiveness’ and this cost him his life.

‘He was a well-known figure in Folkestone and had time for anyone. His kindness to strangers was amazing.

‘He loved hard and constantly all of his family and anyone who needed help.

‘It was a result of Paul’s kind nature and repeated forgiveness that he lost his life by choosing to see the possibility of good in them.

‘It was his kind heart that killed Paul. He will remain a beacon to me for attempting to help those in need, but also a lesson in caution.

‘Not all of those who are helped are grateful and, as in this case, some bite the hand of kindness.’