The plea comes just days after the Home Office backed down over the case of Billy Caldwell, 12, whose mother went to Canada to obtain supplies of medical cannabis oil to treat his epilepsy. 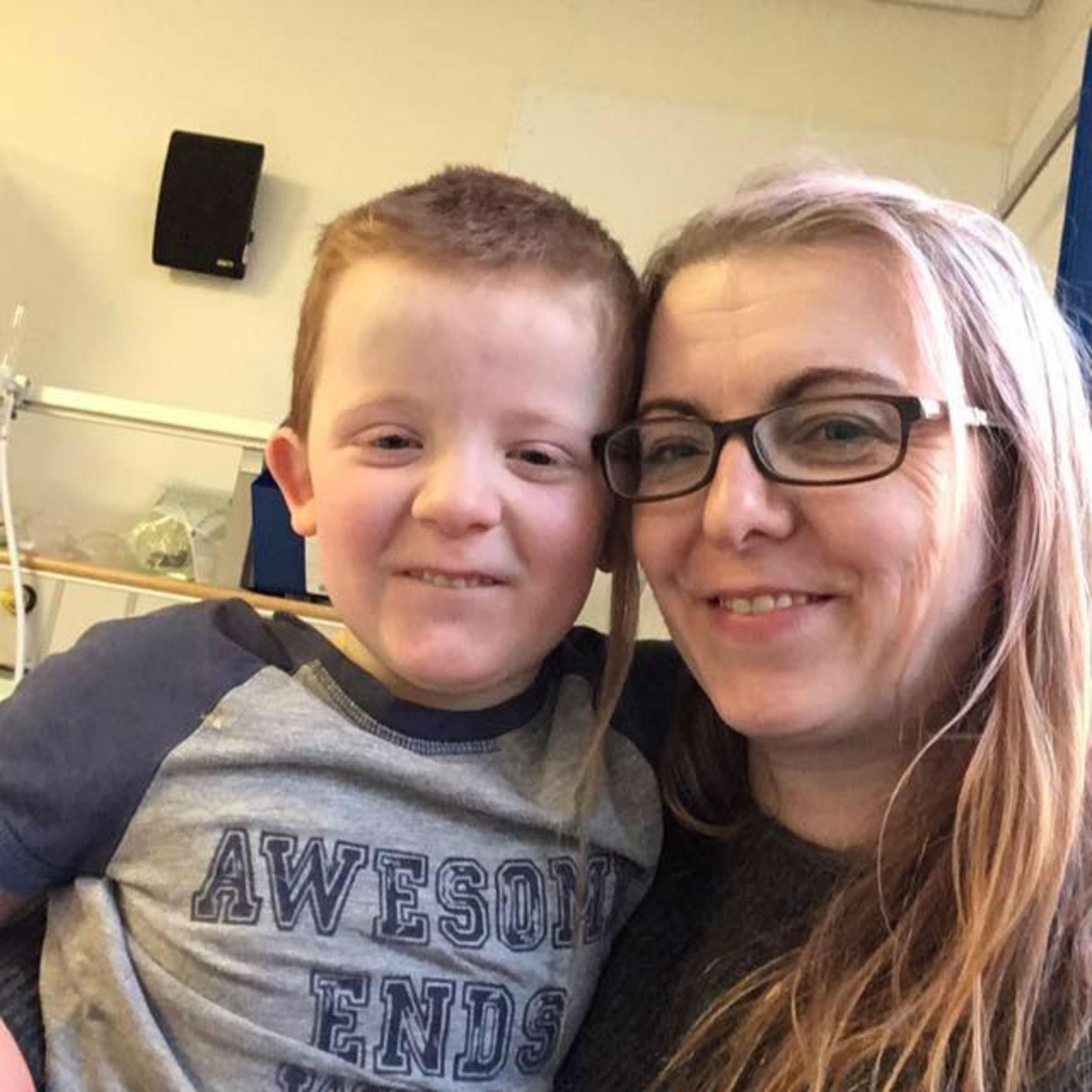 Officials seized the drugs from Charlotte Caldwell, from County Tyrone, on her return to the UK only to return them days later after a huge public outcry.

Karen Gray, from Edinburgh, said she is at the “end of her tether” watching her five-year-old son have up to 600 fits a day while pleading unsuccessfully to medics to prescribe the banned drug.

The clip shows the youngster lying on his back as his body jerks uncontrollably, while his mother gently strokes his face.

Murray has been given a variety of medications by doctors, including ketamine, in an attempt to relieve his seizures – but Karen says nothing has worked. 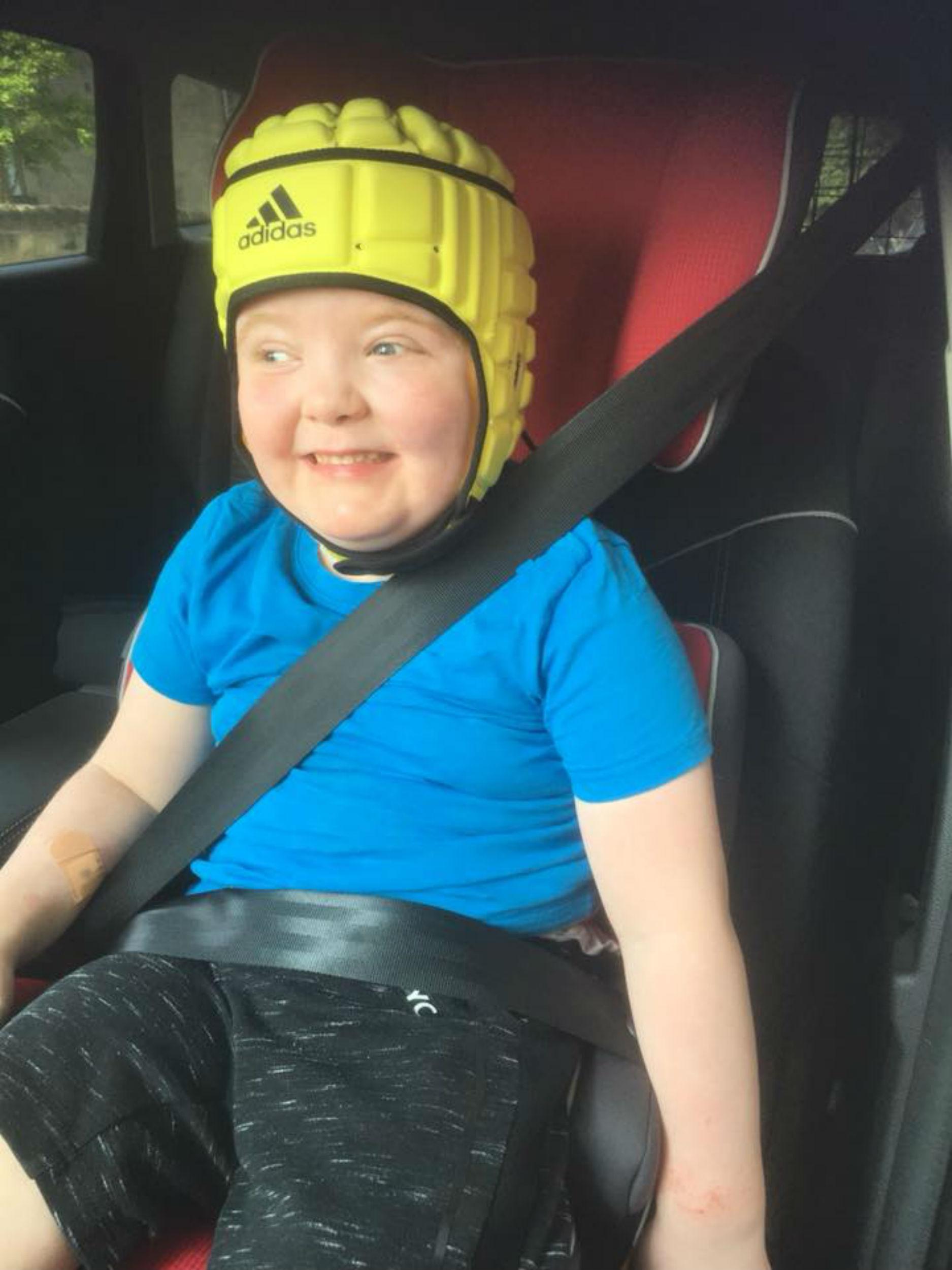 And now, in a desperate bid to stop her son’s “nightmare” Karen shared a heartbreaking video of her son in the middle of one of his seizures.

The heartbreaking clip begins with Murray lying on a bed as the seizure takes hold and his body jerks uncontrollably.

In the clip, the youngster, visibly distressed, lies there as his mother strokes his face when there is a short break in the seizure – but seconds later it begins again. 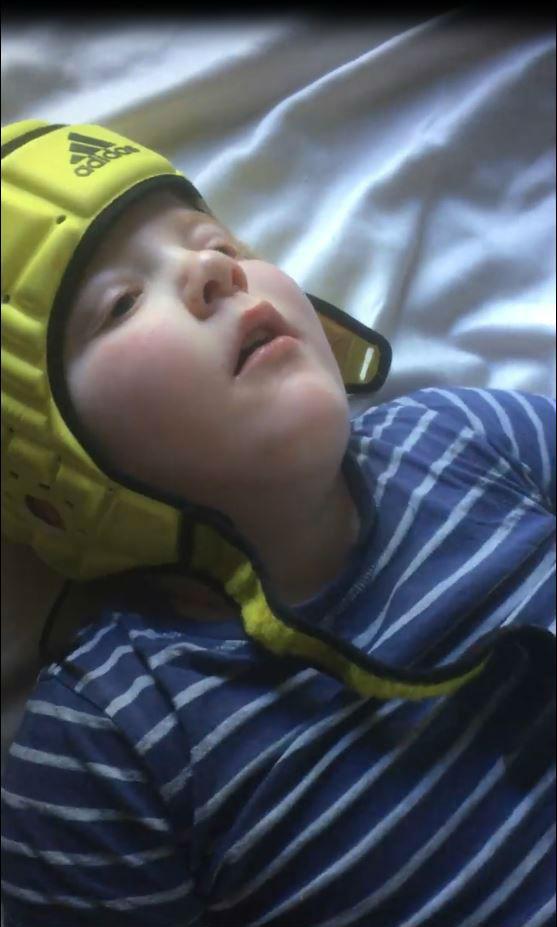 In a lengthy post on Murray’s Page on Facebook, Karen wrote today: “I need help for Murray now. This video was taken ten minutes ago. This is what it’s like when he has clusters. He can have many of these types per day.

“This is only one of four types of seizures he suffers from. PLEASE help me find a GP who will write this prescription.

"I’m looking for a GP or clinician, preferably in Scotland, who will write a prescription for Bedrolite. This is the Dutch Medical Cannabis made by Bedrocan. It contains 9 per cent CBD and 1 per cent THC.” 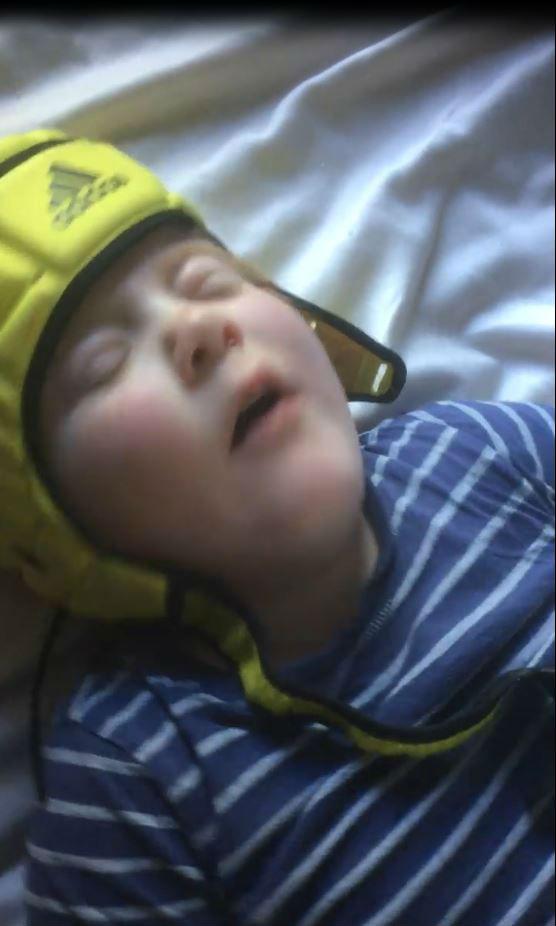 THC is the psychoactive element in cannabis which provides a "high". Medical cannabis contains very low levels of THC, so low the active ingredient has no psychoactive effect.

Street-bought cannabis can contain THC levels anywhere between seven and 15 per cent.

Karen added that she had already been in contact with the pharmacy and had a month’s supply of the medical cannabis oil priced at around 100 euros that she will pay for herself.

She wrote: “All I need Murray's consultant to do is to continue monitoring Murray as he has been doing.

“I feel I can’t wait any longer, Murray needs help now. He is in a bad way just now with the dreaded clusters of seizures. I can’t wait for the home office to go through thousands of applications until they get to him." 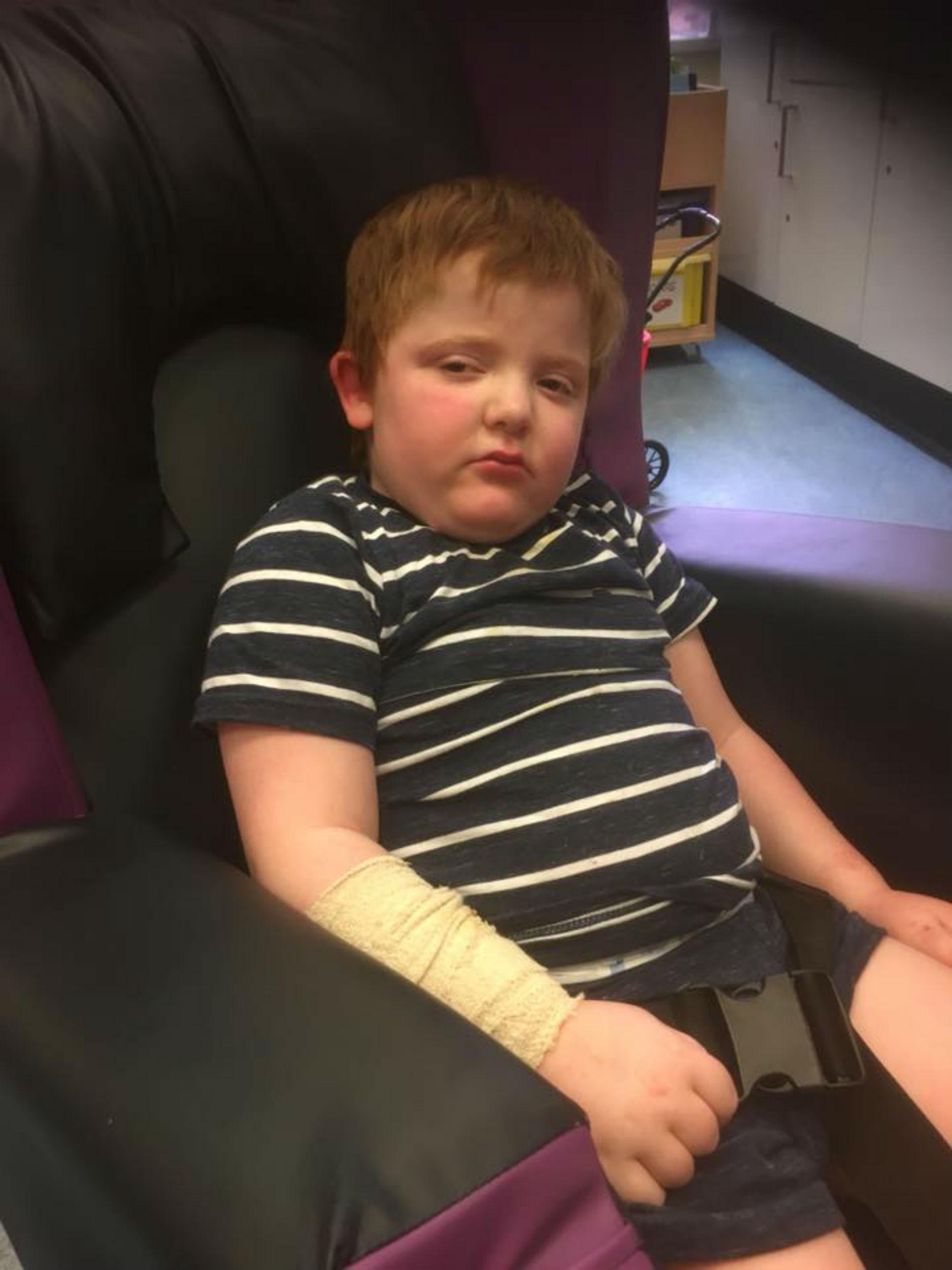 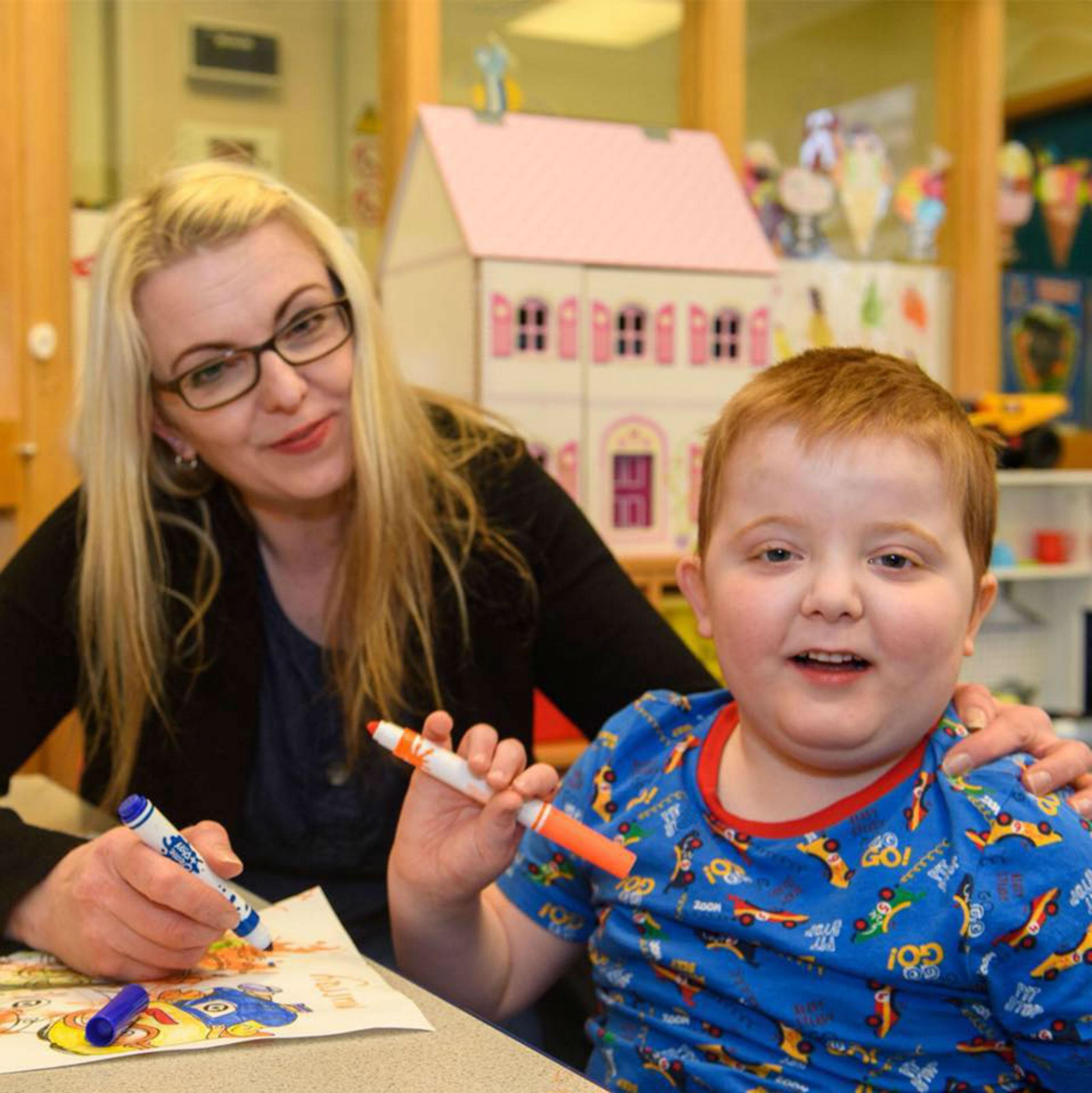 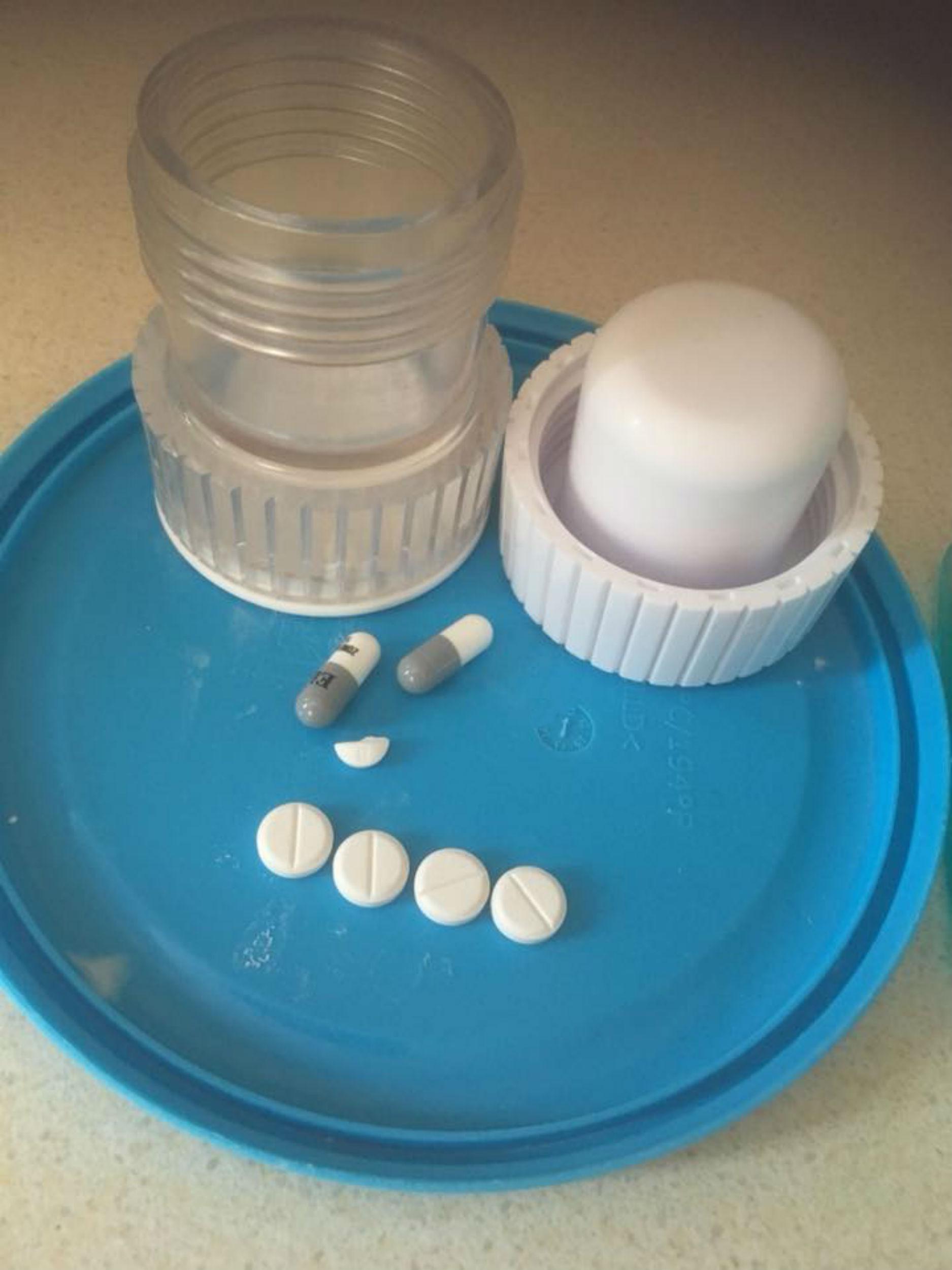 Speaking today, Karen said: “I don’t know what else to do. Nothing else works, he’s on so many medications every day but the seizures keep coming. Even when he isn’t having a seizure he’s sitting there shaking. It has been a nightmare.

“I’m willing to do this myself, and the oil I want to get Murray has a really low THC content, but it could be the only thing that works."

She added: “I asked for it about two or three months ago, but I was told no. I’m hoping someone, anyone, will prescribe it. I don’t know what else I can do. I’m at the end of my tether.”

ALL YOU NEED TO KNOW: The difference between medical marijuana and the illegal drug

Medical marijuana is different from the illegal drug, as it contains very small traces of tetrahydrocannabinol (THC) – the active ingredient in recreational cannabis that gets you high.

Advocates also claim it can help prevent the signs of ageing and protect against eczema and psoriasis.

Last year the World Health Organisation declared CBD safe to use with no risk of addition.

What are the current laws on cannabis oil in the UK?

The current row may prove confusing, as some forms of "cannabis oil" are, in fact, legal in the UK, with some people claiming they help treat pain and ease the side-effects of chemo.

What’s legal is oil containing cannabidiol (CBD), but not tetrahydrocannabinol (THC) – the active substance that gives the "high" marijuana is famous for.

This is produced from the hemp strain of the cannabis plant, while the marijuana strain, containing THC, remains illegal in the UK.

Campaigners like Paul argue that medical marijuana oil (containing CBD and THC) should be legalised for medical use, prescribed by a doctor.

The plea comes just days after the Home Office backed down over the case of 12-year-old Billy Caldwell from Northern Ireland whose mother went to Canada to obtain supplies of cannabis oil to treat his epilepsy.

Officials at Heathrow Airport seized the drugs from Charlotte, from County Tyrone, on her return to the UK.

Billy had to be rushed to hospital after suffering a severe fit following the withdrawal of his illegal medication, and his case has raised pressing legal questions.

Home Secretary Sajid Javid intervened in the case, since saying he would be launching a review into how medical marijuana is regulated for medicines, but he stressed the drug would remain illegal for recreational use.