Sophie Brown, 32, says she collapsed at Basildon University Hospital in Essex as she waited five and a half hours to be seen. 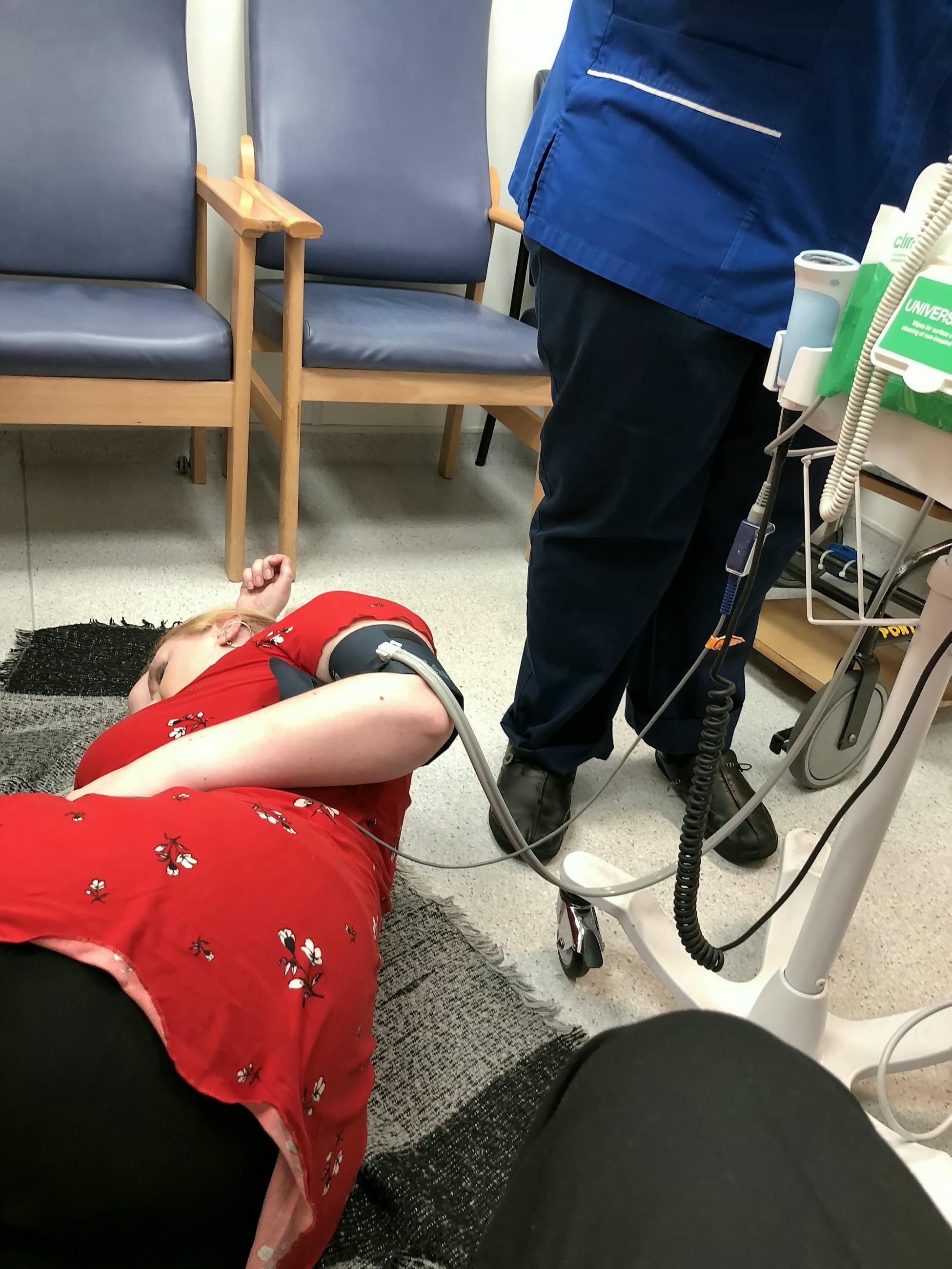 She had been referred there by her GP who feared she might have a potentially deadly blood clot.

Sophie from Standord-le-hope, Essex, said: "When I first arrived, my heart rate was through the roof.

"I had was brought in for an X-ray and then just told to sit in the clinical decision unit. 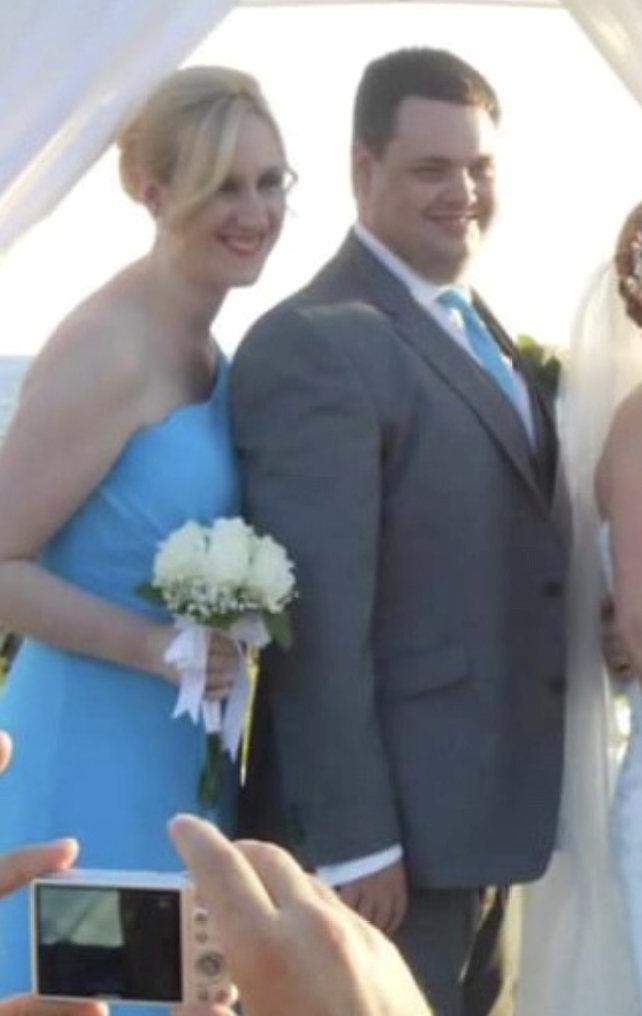 "I had been sitting on a hard chair for hours and I was beginning to feel really hot and dizzy.

"I pulled a blanket out of my bag and just fell to the floor with it.

"Anything was better than sitting on a hard chair.

"I was in such pain and I just didn't want to run the risk of passing out and falling head first on the floor. 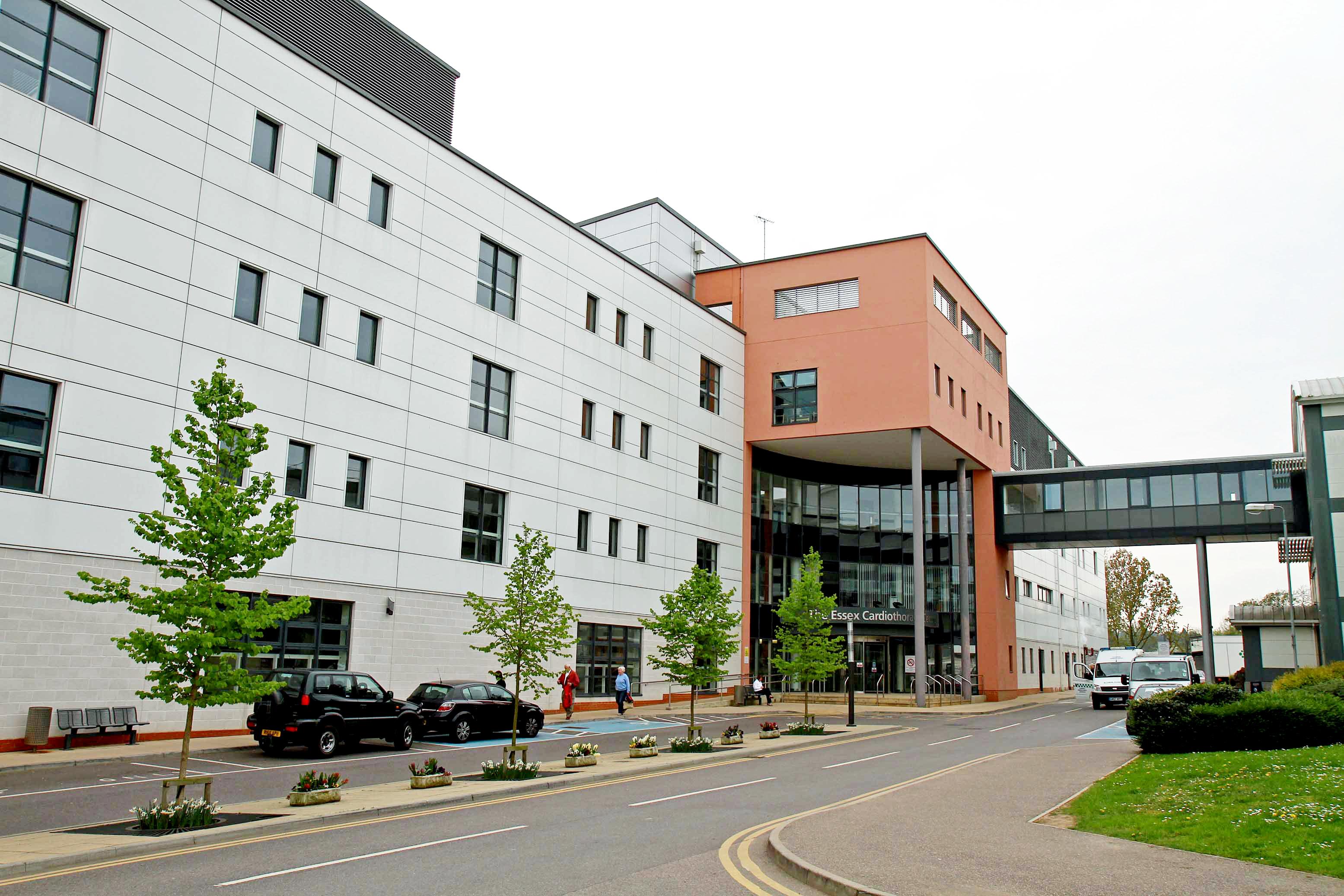 "As soon as I fell the nurses said 'Why didn't you say? You should have asked for a bed'.

"Honestly it was a joke.”

The mum-of-one visited her GP with crippling chest pain and swollen legs 11 days after her long-haul flight to Orlando, Florida.

After a series of abnormal results she was referred to A&E.

Husband James Brown, 34, said: "We only went to A&E because the GP told Sophie to go there right away.

"There was no sense of urgency.

"It got to the point when enough was enough and Sophie just fell to the floor in agony.

"I kept saying 'Is there nothing you can do?’

"The staff didn't even apologise.”

After her collapse James says nurses gave Sophie a blood test in front of other patients where she was lying.

James added: "They just kept saying there were no beds.

"The doctors and nurses kept stepping over her while she was laying there in pain.

"At one point there was syringe laying on the floor after they had taken her bloods.

A spokesman for Basildon University Hospital said: "We are sorry that Mrs Brown wasn't happy with her care and would ask her to call our patient advice and liaison service to speak with us directly.

"Not every patient needs a bed. Doctors allocate beds based on clinical need.

"Our staff only ever give treatment, including taking blood pressure, in a bed or a chair."