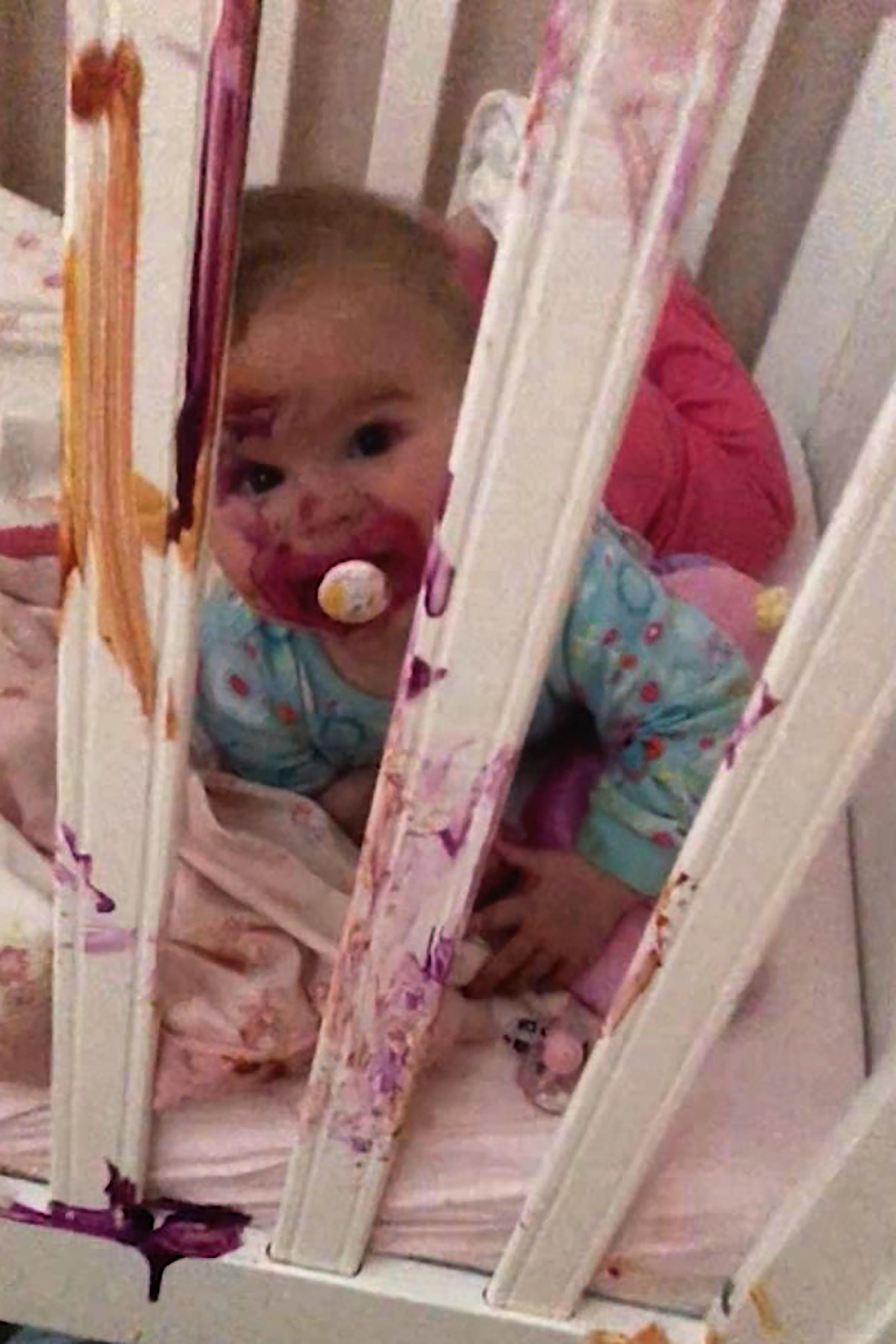 Mum Emma Howes had done a load of washing at home in Witney, in Oxfordshire, when her two oldest children disappeared from view.

As she made her way upstairs, Emma was met by a scene of utter devastation.

She found bottles of acrylic strewn across her carpet and purple paint smeared up her walls.

Turning into the bathroom, she saw Hollie and Evie dancing in the shower with brown paint splashed over the floor and sink.

She finally went into Connie's bedroom where she found more paint on the door, cot and even the toddler's forehead. 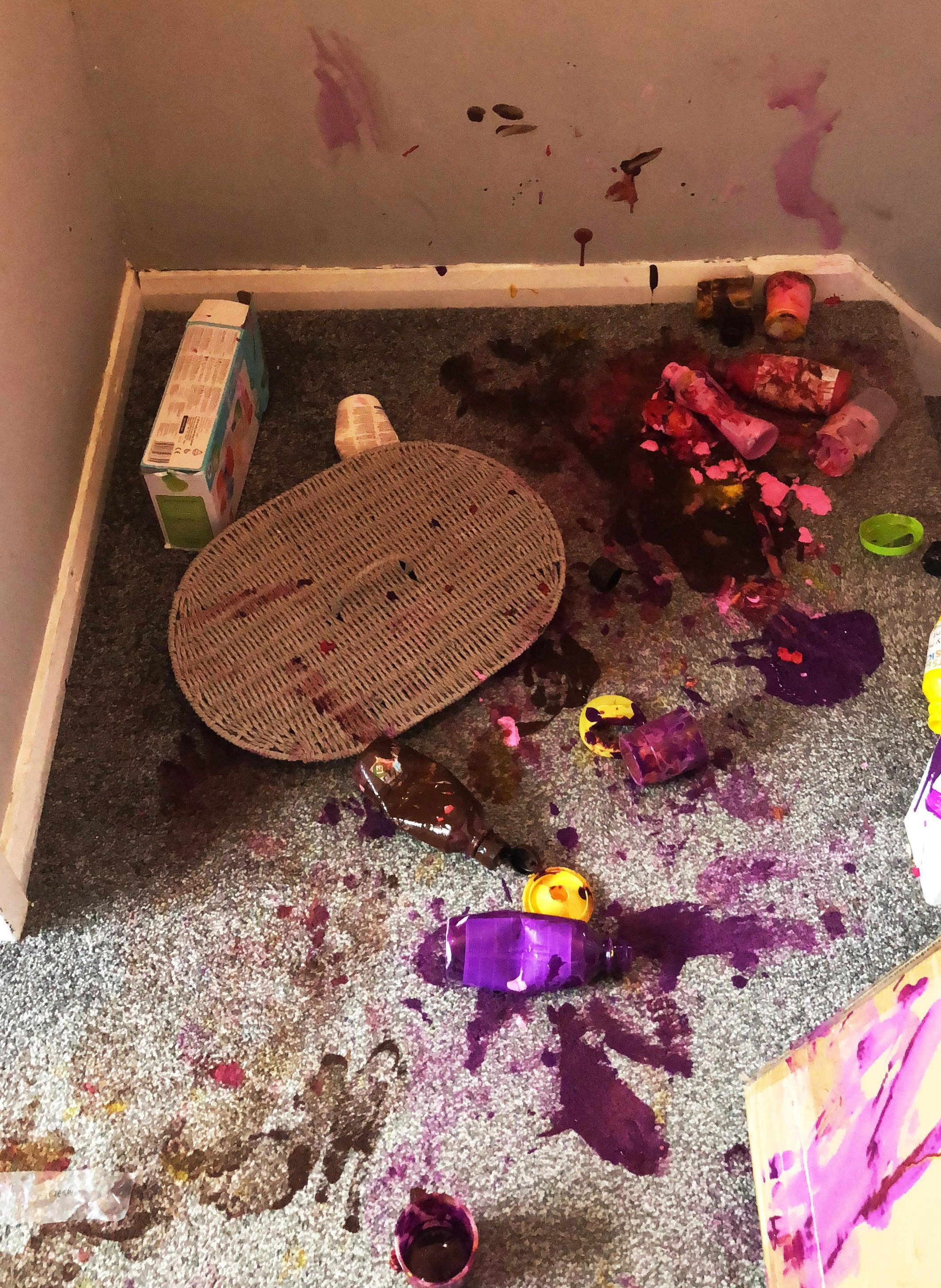 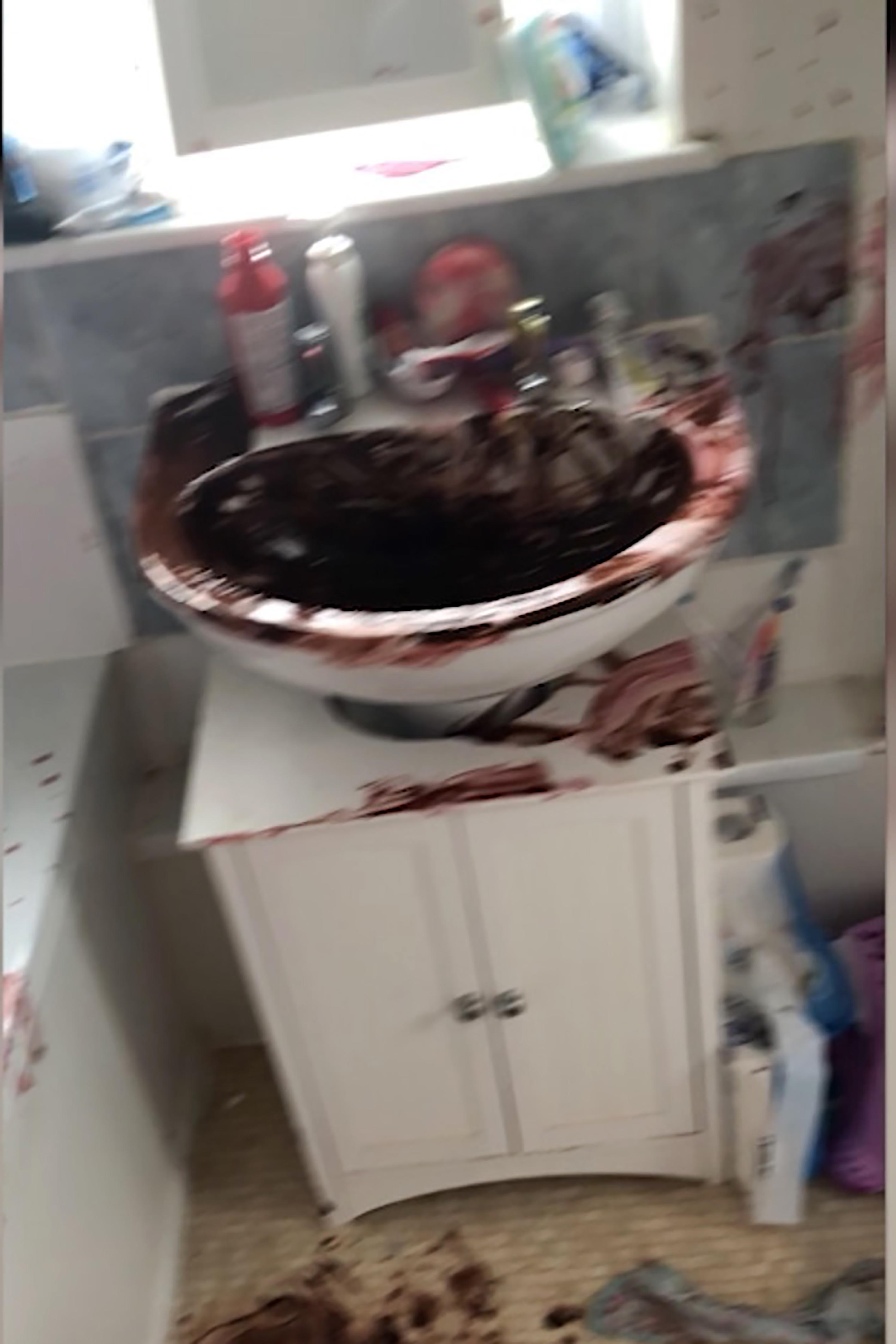 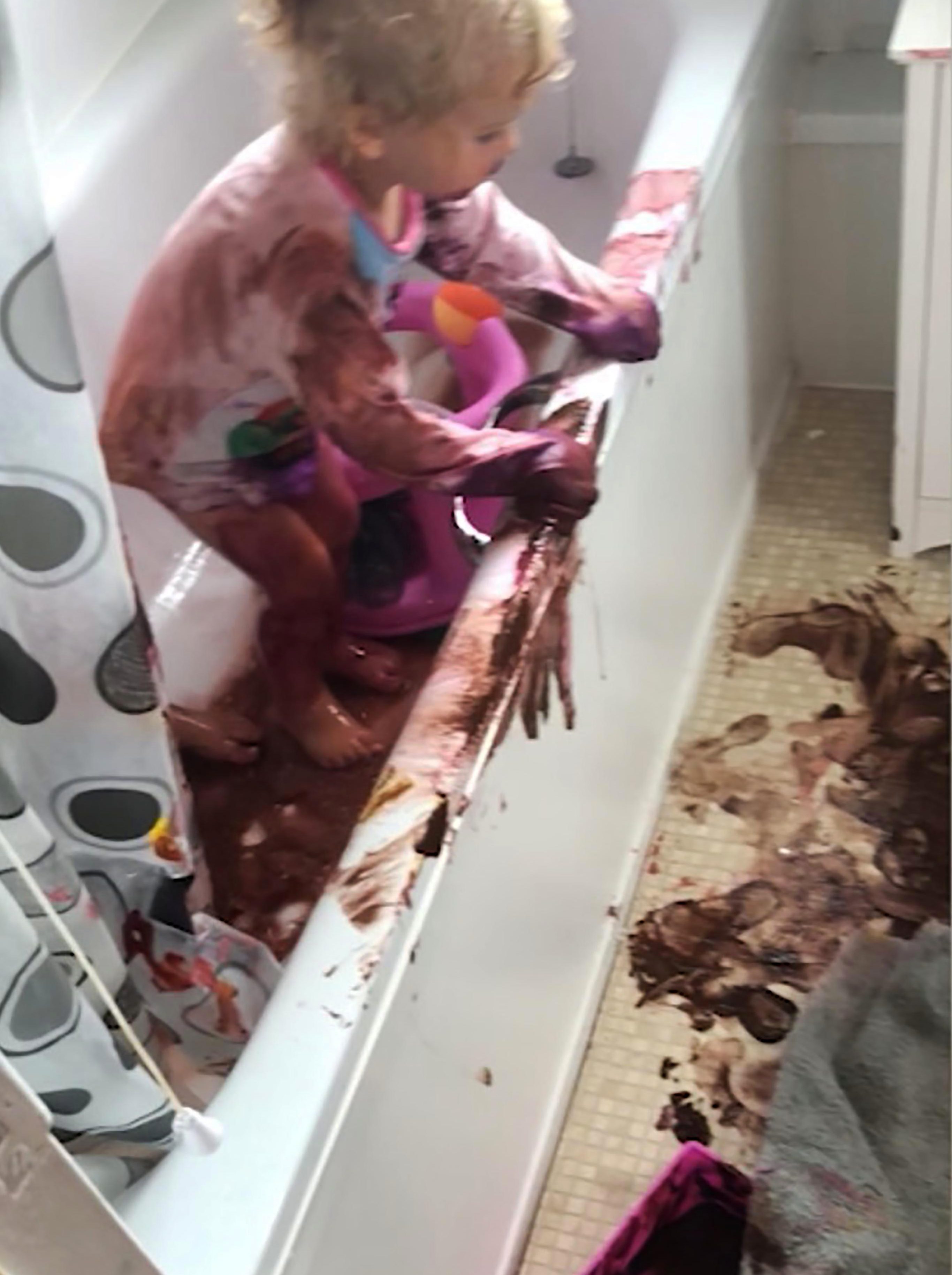 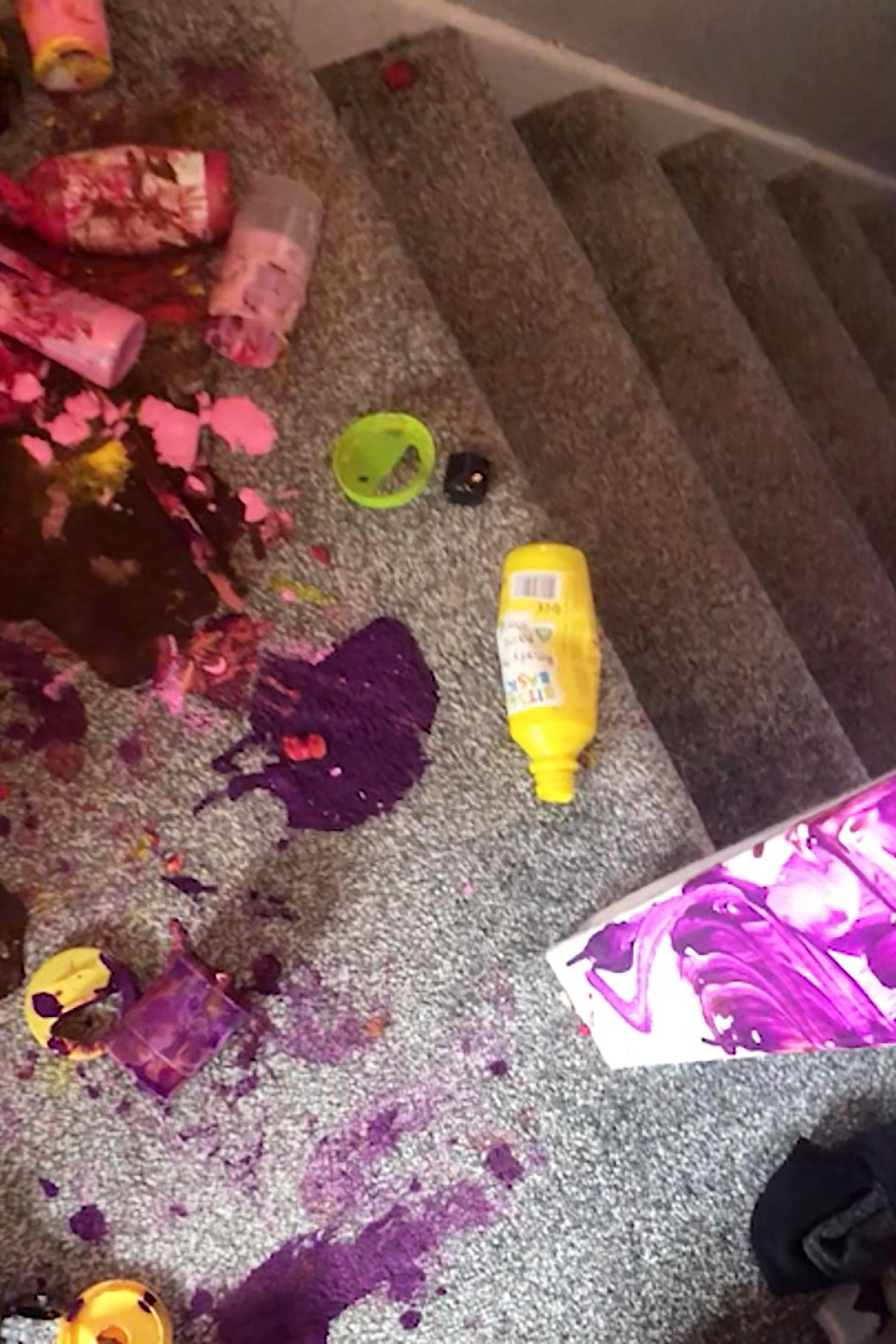 Emma said: “I literally had no words I couldn’t speak, totally shocked.

“Honestly I could have cried. Their dad was far from happy but what was done was done.

“Now we just look and laugh, especially in the video when you see Connie's cheeky grin at the end." 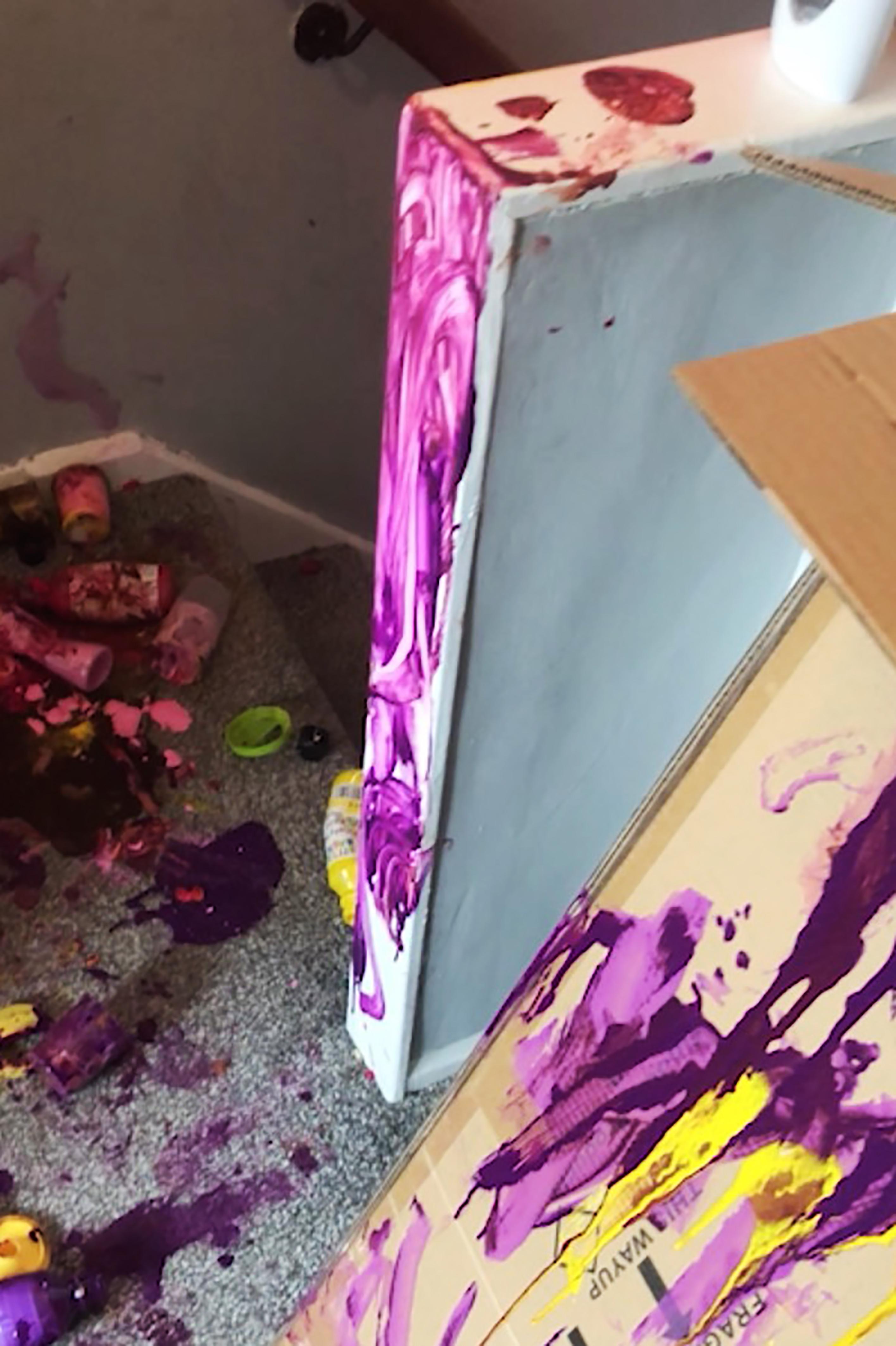 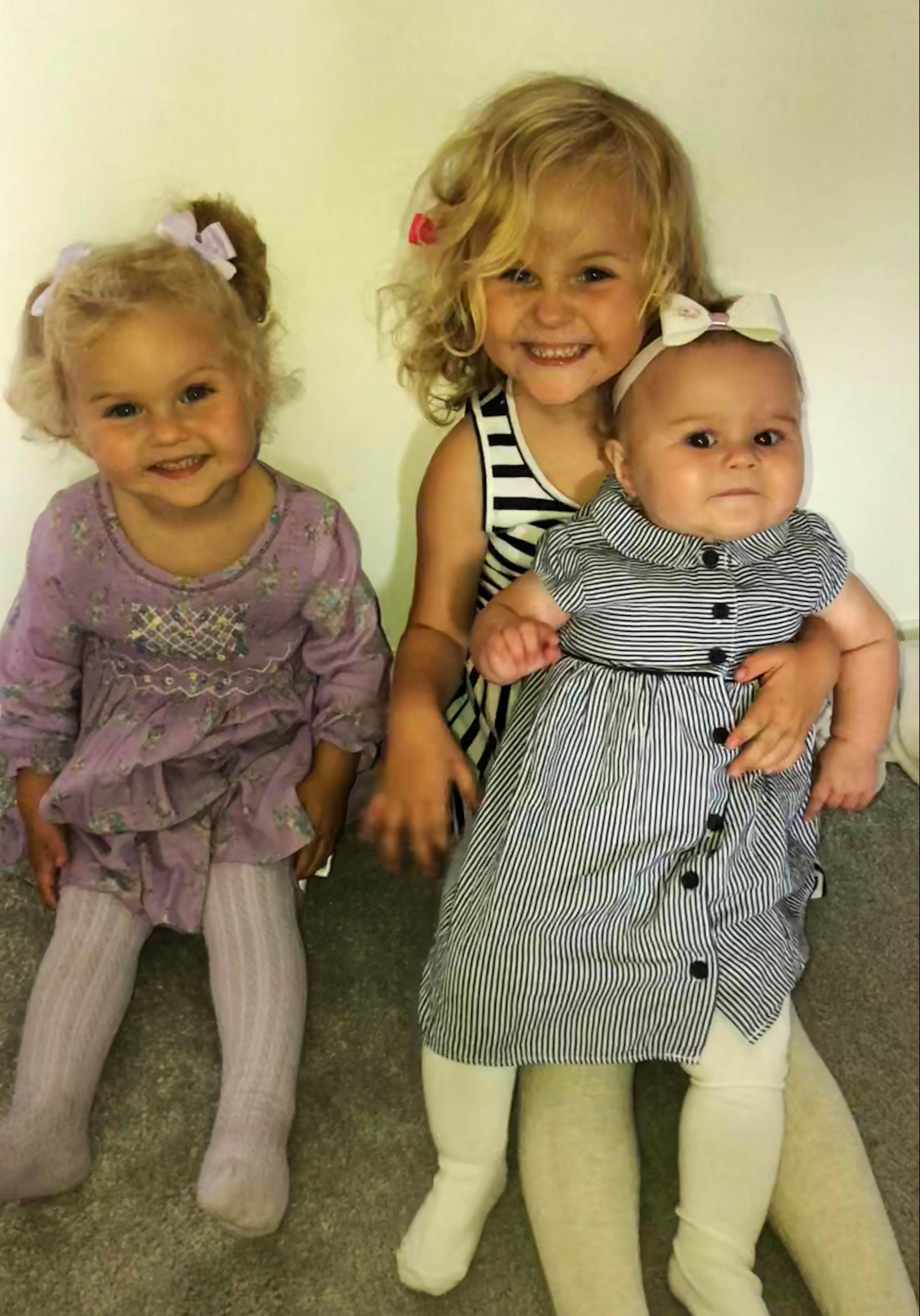 After hours of trying to clean up the mess, Emma had to call a specialist cleaner which set her back £100.

Emma said: “It is much better than it was at first, but even then we have to get the specialist back out.

“I stuck the pair of them straight in the shower while I figured out where to start the clean up.

“I asked Hollie what she thought she was doing and replied ‘I’m a rockstar mummy’".