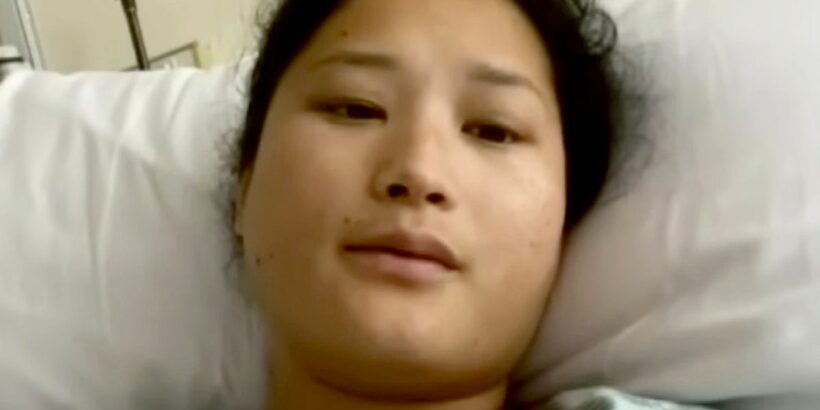 A mum-of-two had both of her feet chopped off by the propeller of a 37ft yacht, which had been reversing to fix an anchoring problem.

Lana Batochir, 34, didn't get the relaxing day she planned with her husband and friends in a popular spot on Lake Michigan on Saturday (August 13) when their eight-person raft was pulled underneath a yacht.

The captain of the boat had been trying to anchor down when the crane malfunctioned and he began reversing to fix the problem, causing him to back onto the raft, authorities told CBS Chicago.

"A reckless boat driver reversed into our inflatable raft at full throttle, destroying everything in its way," Batochir said. "Everything happened so fast. We were all under his boat within seconds.

"The boat's propeller struck me, leaving me with unimaginable pain. I thought I was dying."

Unable to swim after her injuries, Batochir began to drown.

"As soon as I had my head above the water, at a distance I saw my husband’s eyes searching for me in a panic. I would never forget his face of pain.

"We connected eyes, but I couldn’t stay up, I truly began to drown. I felt myself drifting down like an object, I knew I would die."

But the Chicago woman's prediction luckily didn't come true and her heroic husband was able to pull her out of the water to safety.

Another woman, who has not been named, suffered lacerations to her hands.

When cops arrived at the scene they discovered the second victim hanging onto the ship with "excessive bleeding" and Batochir at its stern, unconscious.

Officers had to throw her over their shoulders to get her into their boat and on to further medical help.

Both women were both taken to Northwestern Memorial Hospital to receive treatment, where Batochir is awaiting surgery to amputate both of her legs and get prosthetics as a result of her catastrophic injuries.

Batochir, an immigrant from Mongolia who doesn't have health insurance in the United States, has set up a GoFundMe, which so far has raised more than $71,000, to help her pay for her lofty medical expenses and rehabilitation.

"Unfortunately I’m one of many people who don’t have health insurance in this country," she added.

"I’m getting the best care at one of the best hospitals. Although, I am being told from my doctors that I will be here for a while."

No charges have been brought against the captain, who has not been named, but he may have his boating license revoked if he is found to have been negligent.