Kirsty Jackson put her washing in the dryer before heading to work at a nursery while her boyfriend Simon Hayward napped. 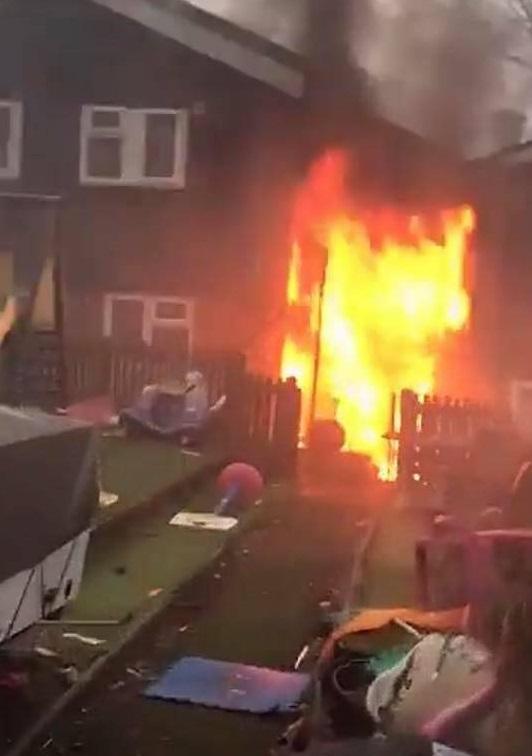 The 26-year-old rushed back home when Hayward rang and said the tumble dryer was ablaze and flames were rapidly spreading through her family home.

Jackson said: “When he woke up all he could see was flames and he had to put towels down to escape the house.”

She didn’t get back in time and helplessly watched as the home she had been living in for seven years burn with everything inside with the flames spreading next door. 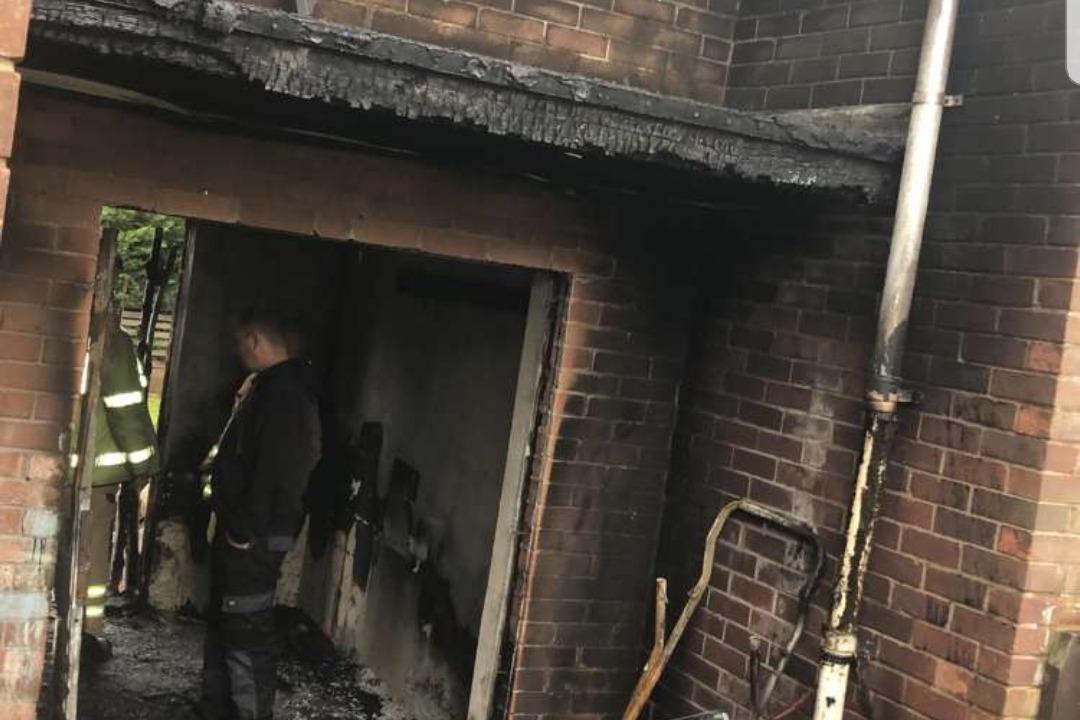 "There is nothing left. We are not able to go back because it is not safe.

“The flames spread to next door. I am just so relieved that no-one had been hurt.”

Jackson, of Cwmbran, South Wales was told her family home would need to be pulled down.

She said: "I turned the tumble dryer on and went to work while Simon was sleeping at the house at 7:05am. 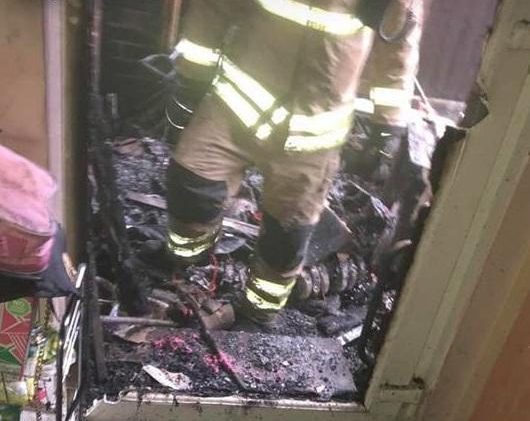 "By 8:04am I’d had a phone call to say my house was gone – there is no way to explain how losing everything makes you feel numb and broken.

"I just felt numb when I saw it. I could not believe it.”

Jackson is now claiming on insurance but has had to rely on her community and family for food, clothing and beds in the meantime.

She told the BBC that the children’s Christmas presents were destroyed in the fire. 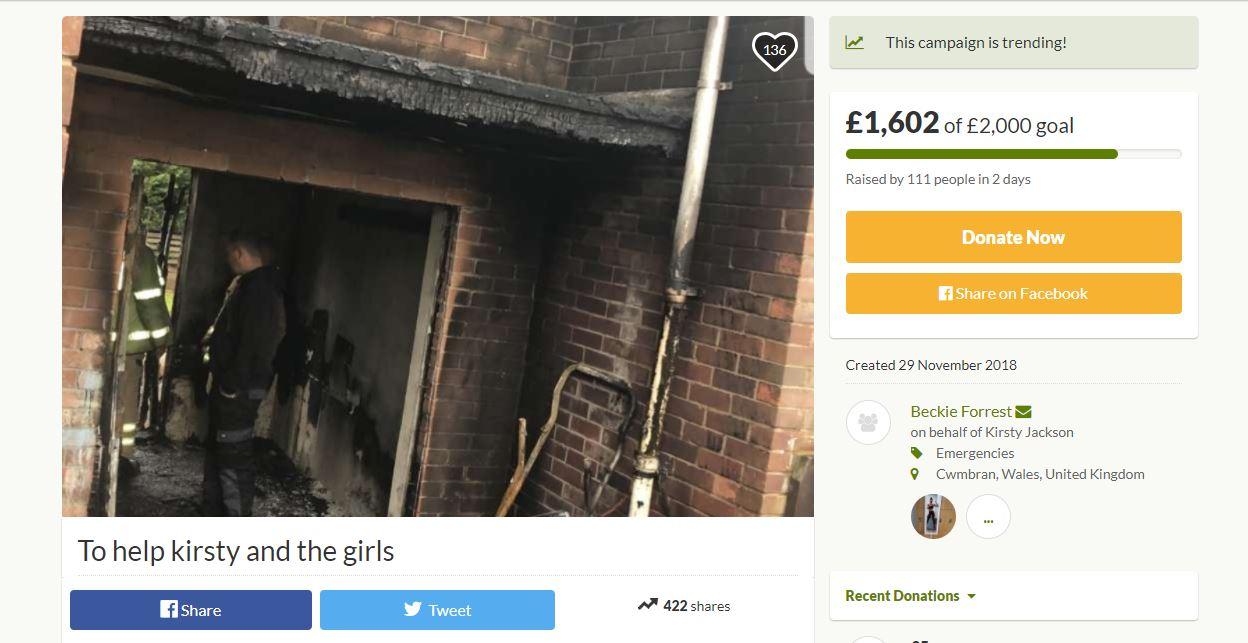 The nursery where she works has called for the public to make donations and said on their Facebook page: “Kirsty Jackson an amazing member of our team has lost everything within an hour due to a faulty tumble drier.

“Due to asbestos exposure she is not allowed to take anything at all from her home.

“Please if you can donate anything i.e plates, kettles, towels, bedding, rugs, (many things we take for granted around our homes) you may leave them at Little Darlings Nursery!”

A fundraising page has been set up to help the family and so far more than £1,000 has been raised and she said he has been overwhelmed by “the generosity of the people”.

Jackson said: “We do have insurance but, as you can imagine, it will take ages for it to be processed.

"We are going to be starting again from scratch.”